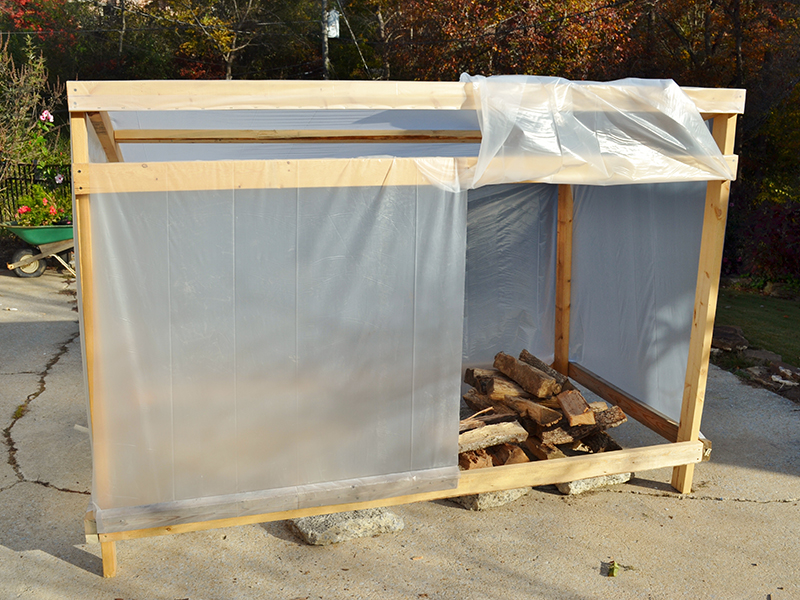 “What the hell was I thinking?” Jeff Walker asked himself as he came to realize that the green firewood he had cut and split was not heating the farmhouse as he had hoped. The fresh cut wood was too green to burn well and was also producing too much smoke inside the house, causing a two-fold problem. Jeff realized that there was more to learn about firewood than just cutting a tree down, splitting the logs, and sticking them in the wood heater.

Shortly after retiring from a 30-year career with a utility company, Jeff found a small farm that was approximately half mixed hardwoods and half pasture, sold his property in town and moved. The graying board and batten farmhouse had electricity, gas, water, and a septic tank but was heated by a wood-burning stove with which Jeff had no experience.

Taking possession of the farm in late summer Jeff knew he had to cut and split some firewood for the coming cold winter weather. Cutting up several blow-down oaks that were on the property, Jeff felt he was in good shape with the firewood he had stacked behind the house. However, winter came early and it came hard and the firewood didn’t last nearly as long as Jeff thought it would. He cut a couple of green oaks from the property for firewood but found the green wood did not burn efficiently, so he was forced to buy seasoned firewood from a supplier in the county.

Unfortunately, Jeff did not realize that it usually takes five to eight months for green firewood to dry enough to burn easily and provide more heat. Had he built a solar firewood dryer when he moved to the farm in August, he would have had the dry firewood he needed in January when the temperature dropped.

A solar firewood dryer will cut the wood drying time in half and the wood you cut and split in late summer or early fall should be ready to use later in the winter. The fully seasoned wood will burn cleaner with less creosote and smoke and also burn more efficiently. The solar firewood dryer can be built by anyone in an afternoon.

The dryer’s slanted roof ideally should be set-up toward the south. Due south is best, but 25 degrees west or east of due south will also work. The right exposure lets the wood receive the maximum amount of the sun’s heat to speed up the drying process.

It is important to split the logs to speed drying before putting them in the dryer and to keep the wood off the ground with bricks, concrete blocks, pallets, 2×4’s, fence posts, etc. Stacking the wood in a criss-cross pattern also facilitates drying.

Before the pesky winter rain and snow come, make sure the plastic sheeting has no rips or tears that allow the wood to get wet.
You will know the wood is dry when it is showing cracks or splits to the center of the piece.

Here’s a clever way to get a small geothermal system for hundreds, not thousands...