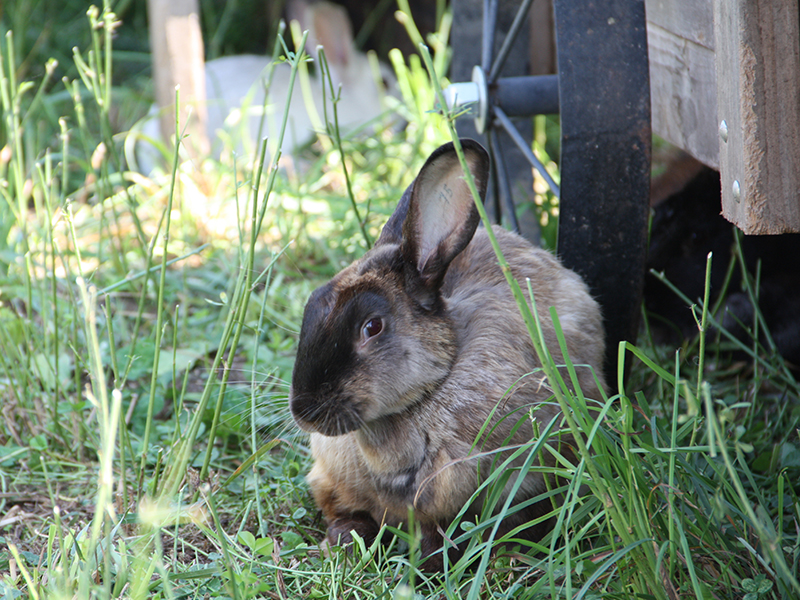 As trends go, American interest in meat that can be traced back to humanely raised animals is proving remarkably resilient. Raising animals in open spaces, as opposed to concentrated animal feeding operations, has reached a tipping point where it’s no longer just chicken, cattle and pork farmers who let their livestock live outside of stalls and enclosures.

To keep up with Americans’ expanding palettes, many ranchers and farmers are now offering a wider variety of meat raised free-range, including animals traditionally difficult to raise outdoors, such as rabbits, pheasants and large wild game.

On 1dr Acres Farm in rural Wisconsin, Cherrie Nolden raises a variety of animals including goats, sheep, horses and cattle. Perhaps the most interesting animals she raises are rabbits, not because they’re particularly exotic—chances are good if you have a grassy backyard of any size, there’s at least one rabbit nearby scoping it out for edibles. Rather it’s how Nolden raises her rabbits.

Rabbits are easy animals to care for, and they are becoming increasingly popular as a backyard livestock because they don’t take up much space. Traditionally, they’re raised in rabbit hutches or cages. Even farmers who raise rabbits on open pastures often keep them in mobile, enclosed pens with wire mesh bottoms that allow access to the grass. ”That’s still a cage,” Nolden said of that particular pastured method, “and the rabbits don’t have the ability to get away from each other when they’re feisty.”

Nolden wanted to go further. With an educational background in wildlife biology, Nolden said she tries to replicate how the animals live in the wild as much as possible on her farm. So she keeps her herd of more than 100 rabbits on open pasture, free of any cages or pens.

The rabbits are kept from running away by lightweight, electrified 2-inch mesh netting that is 30-inches high, low enough for a person to step over easily. The netting is arranged in a 24′ x 36′ enclosure that gives the rabbits room to move.

“Because we have chickens that we use the same system on, I got a couple of pet rabbits and wanted to see how they would do living with the chickens in the poultry netting,” Nolden said. “Then we decided to expand that and do more rabbits, and then just rabbits in a larger rabbit colony, which is how wild rabbits live.”

The biggest problem has been keeping the rabbits from digging underneath the netting, but Nolden said in most instances the rabbits will scamper back to the pasture to be closer to the colony. So, she said, live traps around the netting will capture the majority of the wayward hares. The netting also keeps out most predators, and she keeps a shade structure near the rabbits that they can run beneath to avoid predatory birds.

Every day she relocates the flexible netting and moves the rabbits to a new pasture. The rabbits, which are a mixture of different breeds, are raised only on fresh grass and a salt lick. Her friend and business partner sells the rabbit meat at a nearby farmer’s market, but their overarching goal is to make raising free-range rabbits—which are becoming an increasingly popular meat source—easy and replicable for other farmers.

“We’re trying to solve the problems of raising the rabbits on pasture on our farm,” Nolden said. “Together we’re working on the production system. It’s not something that there are clear-cut instruction manuals on how to do. It’s fairly rare. Just about everyday we’re troubleshooting and working on the challenges.”

Although many of the game birds raised at Griggstown Quail Farm and Farm Market in New Jersey are advertised by the New York City restaurants and distributors that sell them as “free-range,” owner George Rude said he only considers his turkeys and pheasants to be truly free-range. The other birds—such as the quail that give the 75-acre farm its name—are raised cage-free in sunlit 100,000 square-foot barns.

Griggstown began raising quail on the farm in 1973 beginning with only 12 birds on 2 acres of land—now the farm raises about 70,000 quail. The 15,000 pheasants at Griggstown are among the only birds on the farm that live outside. The pheasants are kept under a circus net that keeps them from flying away. Ruse said that at it’s highest point, the net is about 20-feet off the ground. “It’s just the natural way to raise pheasants outside,” Rude said. “They’re made to be outside. Really, some of your heritage turkeys are, too.”

THE PRICE OF FREE-RANGE

Rude also raises his Red Bourbon Turkeys outdoors in the same manner as his pheasants. Both breeds of birds, Rude estimates, have about 25 to 30 square-feet of space per bird. Rude said one of the biggest problems of allowing the birds to live free-range is a predator. “We lose a lot to raccoons,” Rude said. “Last year we lost 1,200 pheasants to them.” Now the farm is setting traps for the predatory bandits, but perhaps the biggest drawback is cold weather. Rude said that by the time winter hits, the turkeys have been sold, but a snowstorm can be devastating for his pheasants.

In the end, however, he said the trouble is worth it because it results in a better product. When he kept closer tabs on how other farmers were raising their livestock, he said he knew some who raised pheasants indoors. But, he said, “This is the traditional way to raise them—outside.” And he said the fact that his birds are raised traditionally and free-range is a large reason for his farm’s success and his loyal customers.

When the Broken Arrow Ranch in Texas says its deer, antelope and wild boar are free-range, take it as gospel. The meat sold by the company based in the Hill Country of central Texas comes from wild game harvested on its own ranch and about 100 neighboring ranches across a total of 1-million acres, according to the company’s literature.

Broken Arrow’s stated goal is to harvest the meat in a way that puts as little stress as possible on the animal, not only because it’s more humane but because it results in a better-tasting product.

The company’s harvesters kill the animals with a long-range shot to the head, and then immediately remove the body from nature to a nearby mobile processing unit. According to the company, Broken Arrow started the first government-approved mobile meat processing facility in the country. Harvesting an animal is at the very least a three-person job. Broken Arrow’s shooter, skinner and a government meat inspector travel to the ranch with one of the mobile processing facilities, which is pulled behind a pick-up truck.

The mobile processing facility is parked and set up nearby to minimize the time lapse between the animal’s death and its processing. Usually within an hour of being killed, the animal is skinned, eviscerated, inspected and chilling in the mobile facility’s walk-in cooler.

While deer and antelope can be farmed, according to Broken Arrow, its method of harvesting them in the wild helps maintain their population levels at acceptable levels. Introduced to the region about 80 years ago, these animals have few natural predators. Furthermore, Broken Arrow maintains that the flavor that comes out of their wild game is second to none. 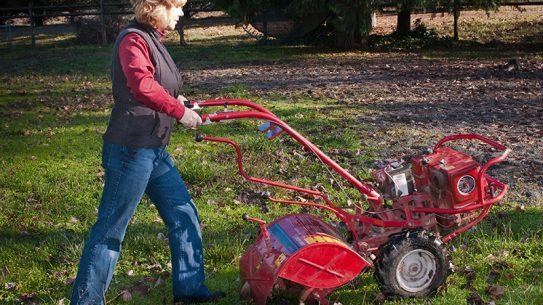 Pick A Tiller For The Task

Today's walk-behinds are first-rate. Use this info to help you choose the one for...