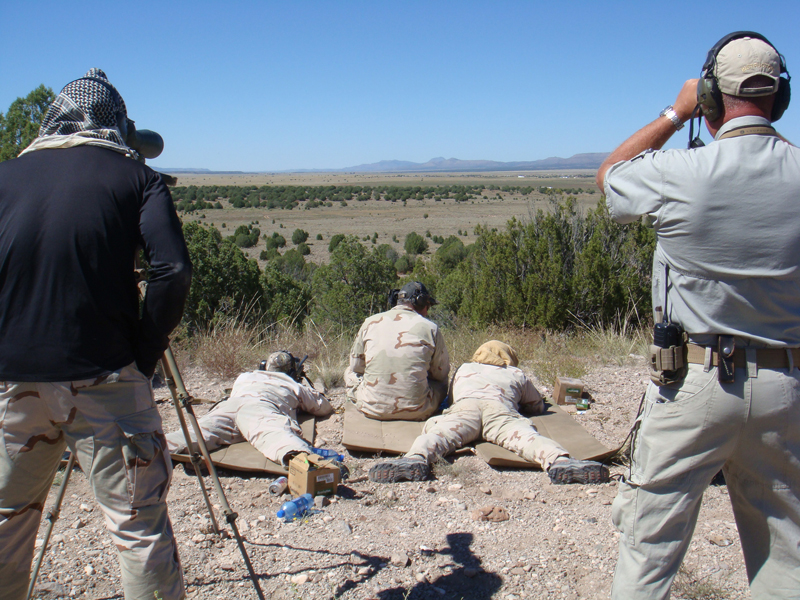 Arizona is Gun Country. It probably has more serious shooters, more world-class competitors, and more national-caliber instructors per capita than anywhere.But sometimes you wouldn’t know it.

Arizona passed its concealed carry law in 1994, originally valid for four years. At my first renewal class the instructor asked how many people had fired their sidearms since the required 10 rounds four years previously.
Most of us raised our hands but four did not.

Think about that. People who carried firearms to defend themselves or their loved ones had not pulled a trigger in four years. Aside from the obvious lack of practice, those citizens didn’t even know if their guns still functioned. (A dedicated pistolero once carried an inoperable sidearm for weeks, not knowing that the firing pin had broken at the end of his previous range session, and dry firing did not reveal the problem.)

Even conceding that a shooter is safe and competent with an operable firearm, he should ask himself a question: “How current am I?” It’s a matter of priorities. Probably not even the worst duffer with the remotest interest in the game would play golf only once in four years. But golf and most other sports are trivial: mere diversions to pass the time and/or to socialize. Occasionally they serve a practical function, business networking, for example, but nobody’s continued existence ever depended on developing a perfect swing to hit the sweet spot, or to sink a 30-foot putt.

Shooting is a perishable skill, especially with handguns; so serious marksmen recognize that fact and strive to maintain their ability. Some are dedicated competitors while others simply honor the wisdom of keeping proficient. But over time, many or even most of us can develop bad habits that may not be self-evident. Remember your high school coach? “Perfect practice makes perfect performance.”

If you repeat an imperfect technique 1,500 times, that’s what you’ll do under stress. Therefore, absent a knowledgeable shooting coach, you may not know what problems need attention. That’s just one reason why remedial training is so important.

The fundamentals of shooting are constant: breathing, grip, sight alignment/sight picture, trigger control, and follow-through. But how those basics are applied continues to evolve. One example will suffice. As originally taught in the late 1970s the failure drill (aka Mozambique Drill) dictated two rounds to the opponent’s center of mass, assessing the situation, and following up with a precision “terminator” shot if necessary.

Since then, instructors have recognized that precious seconds spent determining the effect of the first two rounds could prove fatal, since mortally wounded enemies can still function. Therefore, doctrine evolved, making the third round to the central nervous system an immediate part of the process, without delay.

Fortunately, help is available. There are more top-notch firearms and tactics instructors today than ever before. In fact, there aren’t enough instructors or ranges in the military, which is why some civilian facilities are so busy. (Twelve years into the war on terror, that’s an appalling situation but we’ll save that rant for another issue.)

Among the most experienced instructors today is Bill Jeans, who operates Morrigan Consulting in northern Arizona. A combat Marine, retired lawman, and full-time trainer, he sees repeat customers on a frequent basis. He says, “A quick scan of my student files gives a rough figure of 60 percent who come for two or more classes, and a good number of those have repeated a class as a refresher course. Probably on the order of 40 to 45 percent.”

Shooters return for post-graduate courses for a variety of reasons. Often it’s a means of refreshing lessons from years before. Sometimes it’s a reality check, seeking professional advice. Some previously single people now have a partner and want to develop team tactics. Others just want time away from the office, doing something involving loud noises, supersonic objects and recoil.

Clint Smith of Thunder Ranch notes that 85 percent of his students return at least once—some have come 20 times! He draws over 400 students a year, typically broken down as 85 percent civilian, 10 percent police, and five percent military. He computes that more than 60 percent of the repeat customers bring guns other than those they used during their initial instruction. Well over half of his clients seek handgun training while about 40 percent take rifle or shotgun, but all classes include some form of tactics.

Keep in mind that remedial training need not be limited to guns you own or even expect to own. As Smith says, “Shooters should be students of weapon craft, not just a master of theirs. Everyone should be able to pick up at least four weapon types and make them work, including any AR and any AK.” He adds, “Students shouldn’t learn how to drive while sliding on ice in the wrong lane of traffic with a semi coming at them.”
Knowing how to use Brand X, Y, and/or Z, without doing harm to oneself or one’s family is definitely a good thing. Similarly, the start of a gunfight is a mighty poor place to start learning the equipment. At that juncture you might be profoundly grateful to have a gadget of overly complex design with a double-action trigger—and the knowledge to use it.

If you carry a 1911 and wouldn’t have a decocker pistol as a doorstop, consider this: when you’re prohibited from packing in a certain venue, could you pick up a downed cop’s Beretta 92 and make it run? Could you scoop up a bank guard’s Ruger Security Six, manipulate a speed loader and shoot tolerably well under pressure? After 20 years of cowboy action matches, I would shoot a double-action wheelgun far better single-action. The point is, on short notice you can only do what you already know.

For example, multi-weapon training is not always available in the military. Some soldiers who grew up shooting SAWs and M240s do not know that Browning designs require two tugs on the charging handle to chamber the first round. But there are professional machine gunners who have never heard of limit sticks to prevent cross firing on friendlies which, when you extrapolate it a little, is why the NRA was formed in 1871. Therefore, remedial training courses that expose civilians to multiple weapon systems are definitely worthwhile.

Apart from reinforcing the basics of technique and tactics, and learning new procedures, there are other reasons for remedial training. Many schools have facilities not generally available to the shooting public, including moving targets, reduced light, and building interiors. “Bells and whistles” classes include vehicular shooting and 360-degree engagements.

While we’re mainly concerned with two-legged predators, many of us share territory with the four-legged variety: bears, cougars, bobcats, or packs of feral hogs or dogs. It’s a rare instructor who addresses such threats, but they do arise: a friend of mine once defended his possession of an elk carcass against several aggressive coyotes.

Jeff Cooper’s original Gunsite School had an innovative course in the advanced rifle class—the charging lion drill. It was close, fast, and extremely busy for a handful of seconds. You should be able to address the quadrupled threat with an instructor, depending upon local requirements.

It’s advisable to take remedial training in your home state, where you can obtain an update on laws regarding use of lethal force, concealed carry, and related issues. A thoroughly professional instructor will be able to explain the current regulations in comprehensible terms or he can provide a data sheet written in plain English.

While you’re benefiting from the instructors in a remedial class, don’t overlook the people to either side of you on the firing line. Whether they’re first-timers or multiple repeaters, you know something immediately: they’re as motivated as you are because they’re also investing their time and their money.

That’s what detectives call a clue: you can come away from any training class richer not only in skill and knowledge, but in like-minded contacts. I’m probably like most clients: I’m still in touch with people I met in my first Gunsite class in 1978. One became a lifetime friend until he died.

Whether your previous weapon training was in the military, the Boy Scouts or most other organizations, it was intended to impart minimal information to large numbers of people. That is, to meet a relatively low standard. The great advantages of professional, private-sector training are individual instruction and an open-minded attitude.

Contrary to some police departments or military services, you won’t hear “We’ve always done it this way” at facilities such as Thunder Ranch or Morrigan Consulting. More likely you’ll hear “Nothing is true in tactics,” a concession to the eternally evolving world of armed combat.

Think of firearms training as life insurance. It ranks among the cheapest insurance available. Remedial training is no different than yearly premiums to keep your policy up to date. What about postgraduate work? That’s up to you. To quote Thunder Ranch’s Clint Smith again, “After you graduate from school, you need to go home and practice a lot.” What you do at your home range can be the most important remedial training of all. 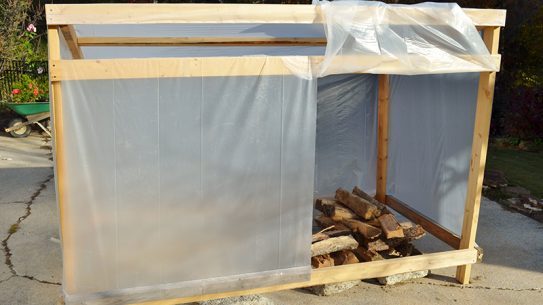 Split your firewood’s drying time in half with this simple one-day DIY project!