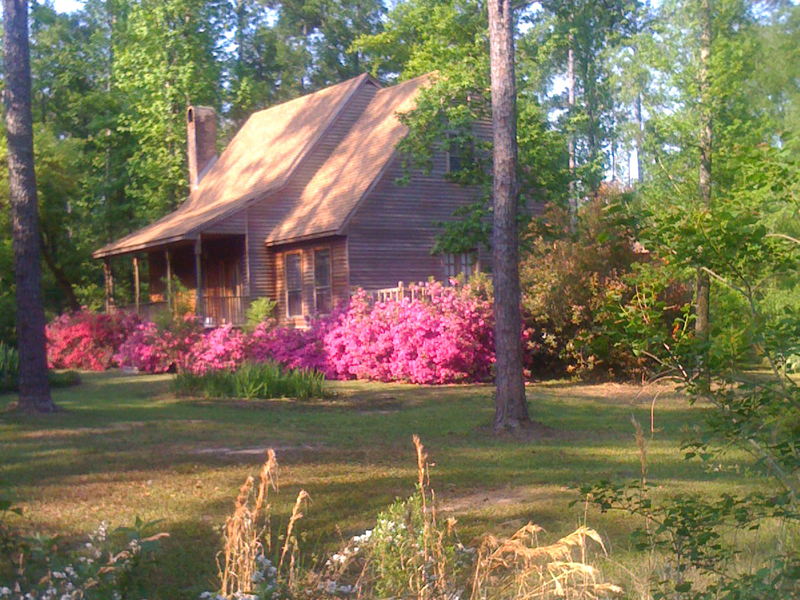 It was August 28, 2005, less than 24 hours before Hurricane Katrina made landfall. It was making a beeline for our home located 35 miles north of New Orleans. My husband, Michael, and I decided to stay close and evacuate 30 miles north to the town of Folsom.

We own 6 acres shrouded in 10-story pines and a creek teeming with fish, turtles and egrets in Mandeville, Louisiana. Starting in 1979, we had built our homestead on weekends over six long years. It was more than a home to our family, it was like an actual family member, and we didn’t want to leave.

We stockpiled enough provisions for about three days and loaded up the cat and dog. As we pulled away I took one last look.
In Folsom, the winds started to howl at daybreak and we retreated to an interior room. Outside it looked like a combat zone, a barrage of snapped light poles and uprooted trees wreaking havoc along the roadways.

Loaded with chainsaws and heavy ropes, men moved sections of the debris with pickup trucks and tractors. Women driving four-wheelers delivered water and food in 100-degree heat. The devastation ran for miles—trees on homes, cars and barns. And this was more than 60 miles north of New Orleans.

I couldn’t help thinking, “We have so many trees, how could they miss, how could we possibly have a home?”
There was no power, no form of communication, we were all pioneers left to fend for ourselves.

On August 31, two days after the storm, we found our way back home. Zigzagging through a maze of mangled trees, we traveled the back roads lined with shattered woodlands. My stomach started to sink.

We turned into our narrow dead-end road and were forced to park. What had been our lush forest was littered with snapped pines, uprooted hardwoods and trees stripped of leaves. Michael put his arm around me and we trekked down the road. He hacked a path inside a mound of severed branches and we made our way to the creek. On the other side was our home and property, but the jumbled debris blocked our view.

“You stay here, I’m going in to see if it’s still there,” Michael warned as he wormed and clawed his way through our battered forest.

The flooded creek had left pools of dying perch flopping furiously, trying to find a water source. I placed a rag over my face to block the stench of stagnant water and fish rotting in the broiling sun. “Where did they go, the deer, foxes, raccoons? Will they come back? And where is my husband?” I wondered.

I couldn’t stand the waiting, ignored Michael’s orders and battled my way through the crown of a fallen tree toward the house. I saw a blur of the house, then Michael walking towards me. Tears were streaming down his face. He was overjoyed, “It’s still here! It’s still here!” he cried.

He mumbled something about his carpentry skills, how he had built the house and how proud he was that it was still standing.
Five tons of trees had crashed through the attic and second story but the house had not collapsed. But how long could it hang on with all that weight? Luckily, two weeks after the storm we found a skilled team who peeled the trees off our roof.

Insurance would pay for the house but not the yard. We hired a contractor to do the repair work but it was four months before he and his crew could start the job. So we immediately rid the house of soaked carpet and damaged materials to prevent mold and further damage.

We began an unforgiving, yet gratifying lesson in survival, camping out for a month in the first floor of our home. With an all-electric home and an underground well, we had no air conditioning, water, phone, television, internet, stove or washing machine. Michael was in rare form, master of his domain with his construction skills and strength.

We borrowed a generator and ran the lines through the bottom of the fireplace into the house. There we had a safe and organized set of cords and power strips. The refrigerator was emptied and replaced with bare necessities. With gas more than $4.00 a gallon, Michael organized a strict generator schedule for fans, refrigerator, charging flashlights, and an occasional peek at television. Our meals were limited to sandwiches, salads and grilled meats on the gas barbeque pit.

And without running water, we rationed toilet flushing, using rainwater and the neighbor’s pool water. Baths were a bit more creative. I learned to bathe with one gallon of water warmed by the scorching sun on the back deck. Clothes were cleaned in the bathtub with a bare minimum of water and hung to dry on a homemade clothesline.

Since all the cell towers were down, we were isolated. We could drive 30 minutes away and sometimes catch cell service. I got in touch with the insurance and FEMA authorities by driving 30 to 60 miles away to make a call and get supplies.

My husband had the Nextel two-way direct connect to the construction company he worked with, and occasionally could get in touch with his employer. Even the parish and city authorities didn’t have communications. (Now they all have satellite phones.) I do remember several weeks after Katrina that the local libraries were equipped with internet and power and we would try to contact our insurance company and other people that way.

Radio station WWL 870 kept us informed. Unbelievably our direct TV satellite survived, and occasionally we would catch TV news when running the generator. The radio and TV stations in New Orleans had to broadcast from Baton Rouge or areas along the Gulf Coast since they had no power.

After days of humming chainsaws and aching muscles moving branches the size of small trees, we spied a familiar sight, a small patch of green.

With sweat pouring down his face Michael looked at the green grass and said, “Now that’s a beautiful thing.” And I shook my head, swallowing the lump in my throat.

Three weeks later Michael went back to work and I continued moving debris. My faithful pooch, Spikey, kept me company and sometimes when I would cry, he would nudge me barking orders to get back to work.

In January three different church groups from across the country gave up their vacations and college breaks to help clear the debris.

By late spring 2006 the house was finished with a new roof, floors, ceilings and newly painted walls. We had rescued our home and property, brought it back to life, and stayed true to a promise we made a long time ago.

Today, thanks to the added light, I have a butterfly, vegetable and herb garden. Butterflies and hummingbirds feast on the altheas and zinnias while tomatoes and peppers worship the sun. Every day I inspect the mint, lavender, thyme, oregano, and parsley and admire the cilantro growing tall with blossoms. I plant enough for the occasional caterpillar to eat his way into a cocoon while the lizards busy themselves eating insects.

The wildlife has returned with a vengeance. Besides our growing deer population, there are rabbits, foxes, raccoons, possums and armadillos, and a rise in coyotes. Due to the many dead trees still standing, there are numerous woodpecker colonies. The increased clearing has also invited more hawks, bluebirds and many migrating birds.

Our home is like new and my gardens and wildlife are blossoming. There are still signs of Katrina, especially in the winter, but thanks to Mother Nature we now have 30-foot willow trees, new live oaks and river oaks, as well as dozens of pine seedlings. It’s a different paradise, a little rough around the edges, but built with 30 years of love and devotion. 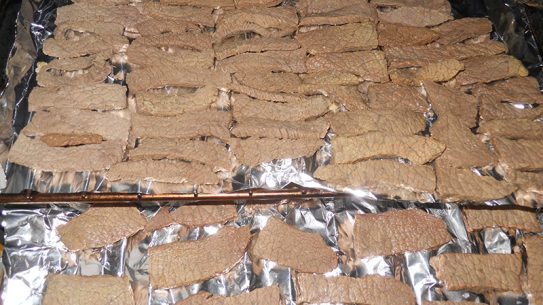 How to make safe and finger-licking good backcountry snacks.