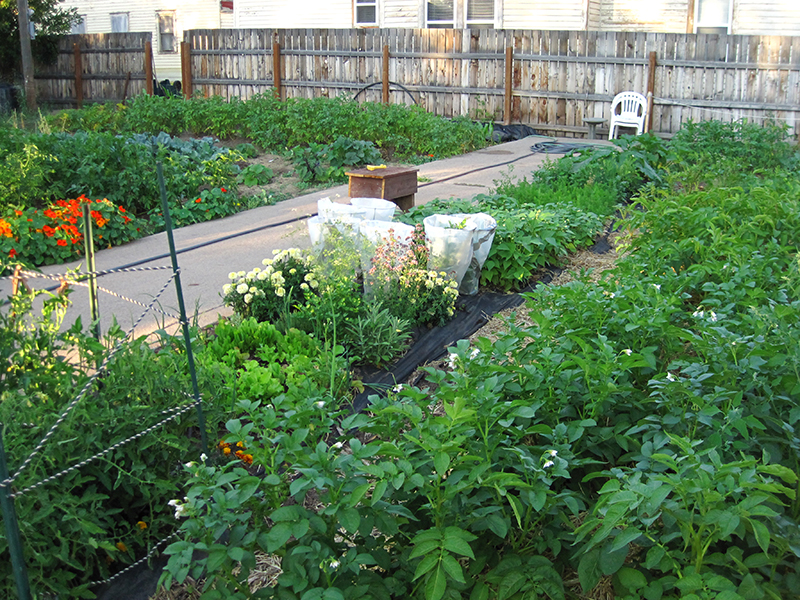 There’s nothing better than reveling in the bounty of the garden, and putting up food to pull you through the off-season.

Before there were reliable freezing options or safe canning equipment, people throughout the world used a myriad of techniques to preserve food in a safe and healthy manner. Whether they used salt, vinegar, fermentation or other means, their primary goal was to stock up produce for those months when fresh food was either not available or scarce.

“Every culture has ways of preserving that we don’t even know about,” says Deborah Madison who wrote the forward to the book, Preserving Food without Freezing or Canning, written by the gardeners and farmers of Centre Terre Vivante in France. “Our heads aren’t there yet. We’re just getting into gardening.”

Throughout her travels in the United States and Europe, Madison has sampled everything from carefully dried persimmons that are massaged to extract the sugars to “rakfisk,” a Norwegian dish that translates to “rotten fish” since the fish is buried and fermented for several months. Not only was it delicious, but also it is a practical way of keeping fish using traditional means.

“I love the fact that people are getting back to putting up their own food, but when you’re canning it, you’re killing it,” says Kristen Lee-Charlson, a passionate advocate for local and traditional foods in Missoula, Montana. “The cool thing about fermentation, to me, is it actually heightens the nutrition that exists. Plus, it almost predigests food.”

On the scientific level, fermentation is a complex method involving a remarkable number of bacteria, yeasts, fungi and a tongue-twisting process at the cellular level. To put it simply, fermentation occurs when these microorganisms break down the sugars in a food in an anaerobic setting.

While it might seem alarming to employ microorganisms to break down your food, Lee-Charlson says, “It’s something people have always done.”

Fermenting vegetables involves chopping them and submerging them in a brine solution to keep the air from oxidizing them. For the brine, you have several options, ranging from using nothing but purified water and adding salt, whey or kefir grains to it.

The liquid allows the process to occur in an anaerobic state while the natural bacteria and yeasts work their magic. Adding salt slows down the process by pulling out moisture from the vegetables and helping protect the vegetables from undesirable bacteria. It also creates a slightly crisper result. A whey culture (which is dairy based, so it should be avoided by those who cannot eat dairy) speeds up the process a little bit because it encourages the breakdown of the carbohydrates.

“The whey is eating the simple sugars and adding probiotics,” says Lee-Charlson. She notes you can also use water kefir grains (a culture of various bacteria and yeasts that is used to ferment sugar water into a bubbly, probiotic beverage). “It’s fizzy and bubbly. It’s so amazing.” (Probiotics are live microorganisms that can provide a health benefit to the host.)

After chopping the vegetables, pack them tightly in a container. This can be a food-grade plastic 5-gallon bucket or a crock. You’ll need some sort of press and weight to push the vegetables under the liquid and keep them there. Once your container is full, add the brine so it completely submerges the vegetables. Weight them down to keep them under the water. From there, it’s up to the good bacteria and yeast to do the work.

“Fermenting depends a lot on where you live,” notes Lee-Charlson. “What yeasts occur in the air vary from one place to another. We have so many variables; it’s not a science.”

Keep your ferment at room temperature, and start tasting it after a week or so. It might take two to four weeks to have a desirable result, which depends on the taste you prefer.

Don’t freak if there’s a white film on the top of the brine. Just skim it off if it bothers you. The important part is to keep the vegetables submerged.

After the fermenting vegetables reach the desired taste, you can store them in a crock or jars in a cool area. “For us we have a big crock for krauts,” says Lee-Charlson. “Or you can just put them in jars and keep them somewhere cold. It’s best to have the vegetables covered in liquid.” Preferably this is the liquid from the fermenting, although purified water can be added.

Most fermented vegetables will last from four to nine months.

Vinegar is beneficial to preservation because the highly acidic environment inhibits microbial growth. Beets are one of the items I like to pickle and store in the fridge. My family enjoys them, but we don’t eat quarts of them. It’s not worth firing up the water bath canner to make a few pints, so I prefer to stash some pickled beets in the fridge. They’ll last for a couple of months there or in a cold cellar that maintains a temperature below 40 degrees F. You can also do this with pickled beans and cucumbers. [Ed. Note: Fermentation occurs during pickling.

Another of our favorite treats is the pickled pike my husband makes each winter. The vinegar basically “cooks” the raw fish. It’s fabulous on crackers!

SALT FOR ALL SEASONS

Salting is a well-known method for keeping meats and fish, but it does a surprisingly good job of preserving vegetables and even delicate fruits such as lemons and other citrus. I was fascinated when Rhonda Adkins, a friend who has a site called

“The Kitchen Witch Blog,” told me she preserved lemons in salt.
Deeply score the lemons in quarters. Use a cup or two of kosher salt to rub all over and inside the cuts of the lemons. Pack them in a jar to the top. Put it in the pantry for three weeks; the salt pulls the moisture out of the lemon, creating a natural brine. They’ll keep this way for up to a year.

“I chop it up and put it in the food processor instead of using lemon juice,” she says. “You have to give the lemon a little bit of a rinse. The salt taste washes off. The whole thing is edible.” Not only does this do a great job of preserving a seasonal fruit, there’s ultimately less waste.

Throughout the years, people have also kept tomatoes, beans and vegetable mixes in salt. They keep for months, and are a quick addition to cooking once the salt is rinsed away. 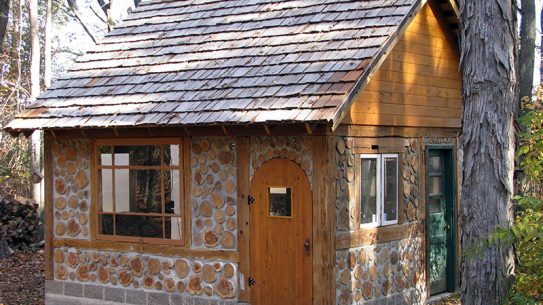 Build Your Own Cordwood Castle

Create an energy-smart home for less than $20 PSF with the right saw, bartering...