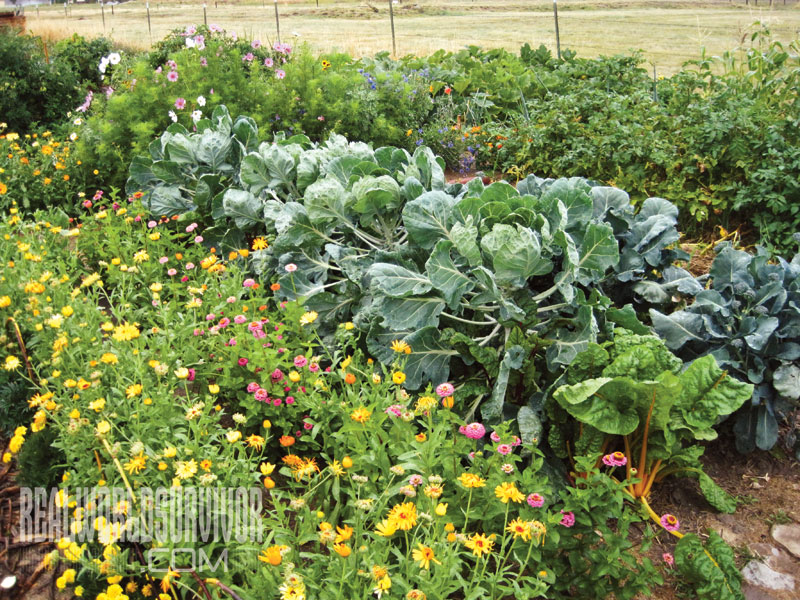 1 of 5
Photo by Amy Grisak
Organic Soil
Before this garden was planted manure was worked into the soil. It contains all the major nutrients and many of the minor ones. It also adds organic matter to soil. 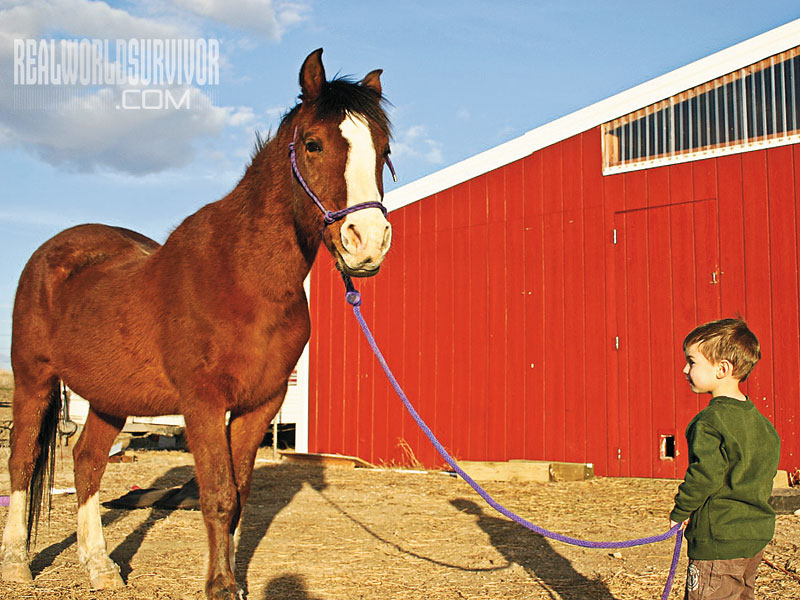 2 of 5
Photo by Amy Grisak
Horse Manure
My horse, Kelo, with Sam. Besides being good companions, horses provide plenty of manure. 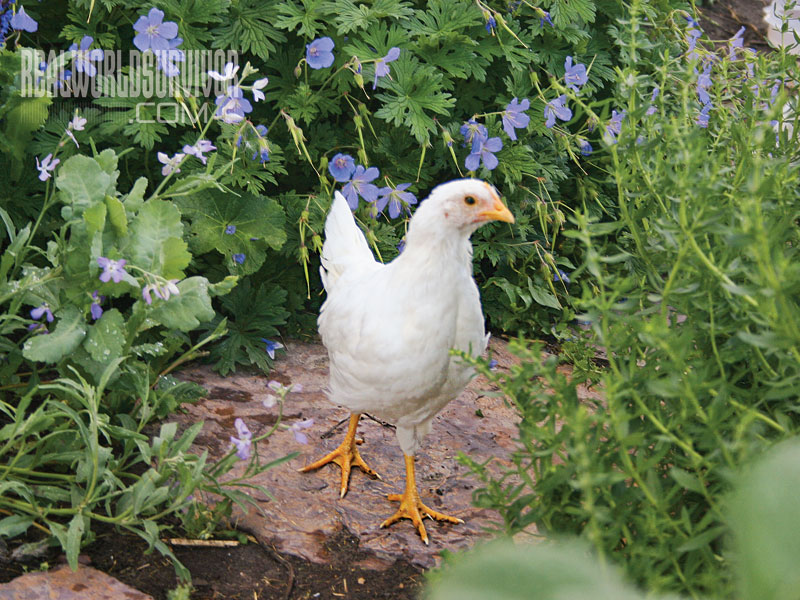 3 of 5
Photo by Amy Grisak
Chicken Manure
Chicken manure is high in nitrogen and can burn plants. Be sure that it is thoroughly composted before using. 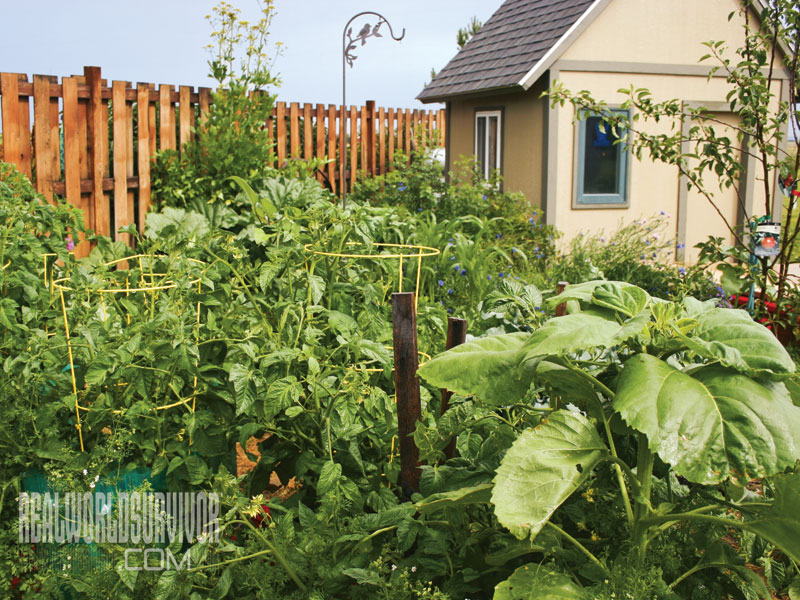 4 of 5
Photo by Amy Grisak
Healthy Tomotoes
The healthy tomatoes and other plants in this garden are growing in horse-manure compost, an excellent source of potassium. 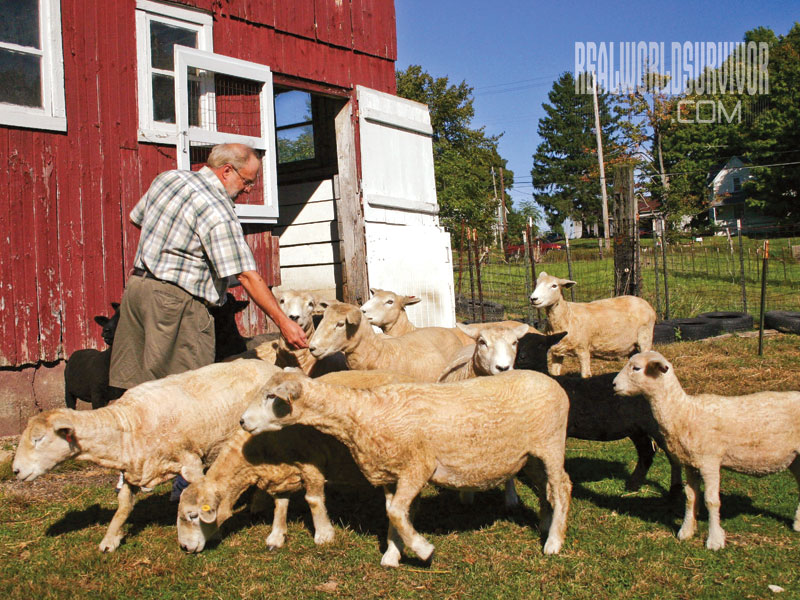 5 of 5
Photo by Amy Grisak
Sheep Manure
My dad raised Romney sheep, which kept his garden in manure. Since they were fenced in, their manure was easy to pick up. 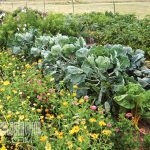 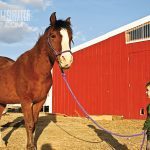 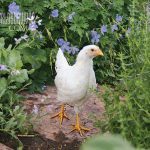 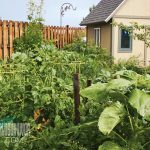 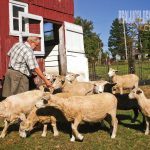 Manure is a beautiful thing. It’s part of the natural cycle turning the green materials animals eat into a rich source of nutrients for your garden. What diehard gardener can resist?

He notes that incorporating manure into soil provides all the major nutrients, as well as many of the minor ones not available in commercial fertilizers. It also builds up soil by adding organic matter.

Manure is often a favorite topic of discussion among gardeners. “I live for looking at the fertilizer rack in the spring. I’ve probably tried everything,” muses gardener Nancy Prawdzik-Steinbach of Muscatine, Iowa. “It’s not a hobby. It’s more of a quest. The last big discovery was alpaca poo. It looks like an oversized dried coffee bean.”

“When we lived in North Dakota it was mostly sheep manure,” she says. Some manure choices, such as cow and horse, don’t have the nutritional punch of goat, sheep or chicken, but adding any animal manure adds important nutrients to the garden so use what you have. What works the best for you depends on what you have readily available.

“I’ll try anything,” says Prawdzik-Steinbach. “Hamster poo? Yeah, I’ll give it a whirl.”

Even though there are a lot of options for the garden, avoid using dog, cat and swine feces in your vegetable garden. They can transmit parasites and nasty diseases even when composted.

For those who don’t want to dump dog and cat manure in the trash, Dr. Reiners suggests digging a hole and burying the feces at the base of a tree or shrub. This way they’re still useful fertilizers while not being in contact with anything edible.

But you don’t want to toss even “good” manure around haphazardly. As beneficial as manure can be, when you add it at the wrong time or in the wrong manner, it can be detrimental to your garden and your health.

“It could potentially burn plants because there might be salts in it,” he explains. “Composting is a good way to go. It stabilizes the nitrogen. The smell (of ammonia) is nitrogen dispersing.”

Many gardeners understand that if manure is applied “fresh,” when it still has a distinct manure odor, there is a risk of damaging plants. This makes complete sense when you think how some farmers use thick layers of manure—typically horse—to provide a heat source for cold frames.

To remedy the situation, either allow the manure plenty of time (six months or more) to break down on its own, or make sure your compost pile temperature reaches a minimum of 135 degrees F. for at least seven days in order to decompose into usable compost, as well as kill potential pathogens in the manure.

Reiners says, “On a garden scale, most gardeners have a hard time getting it to that temperature, so time works. Once it’s composted it should be safe to use.”

Since farmers and gardeners have been using manure for eons, it’s hard to think that using it now can cause any problems. But who thought people would contract E. coli from spinach as they did a few years ago? There are some bigger, badder strains of bacteria out there that require us to be a bit more vigilant when utilizing manure in the garden.

Because of this risk, we need to be aware how best to use manure for its maximum benefit. Once it’s composted it’s ready to go, but many people have access to fresh, or relatively fresh, manure and want to add it to the garden. In this case timing is key.

Dr. Reiners says that if you’re adding fresh manure to the garden make sure you do it 120 days before harvest. The time spent out in the sun and rain should destroy any potential pathogens, reducing your risk of contamination. This means that if you have a great manure source in the fall and don’t want to compost it, you can add it to your garden. If you’re thinking of adding it in the spring, be more cautious and count how many months you’ll have from incorporating it into the soil until harvest time.

Dr. Reiners warns of the concept, “If an inch layer works good, 6 inches is better. Too much is too much of a good thing,” he says.

Work it into the top couple of layers of the soil to allow the microbes to finish the process of breaking it down into usable materials.

Despite my love of manure, I’ve had several experiences that made me look closer at it. Last fall I packed home buckets of manure after my horse Kelo had a bout of strangles, a nasty Streptococcus equi-infection that causes lymph nodes to abscess and burst. Yes, it’s as horrific as it sounds.

I keep Kelo at a wonderful woman’s place where he has 40 acres to roam with several other horses. When we determined he had strangles, we segregated him in a round pen for nearly a month to prevent the others from contracting it.

This meant we had a fair amount of manure that we didn’t want to dump in the other pile, which was outside of the barn, but within the pasture. I decided I needed to bring it home. My concern was how long the bacteria would remain alive, and if the antibiotics would be in the manure.

Thankfully, I learned that several days of sunshine typically take care of strep bacteria. This was also the case for the antibiotics, which degenerate in short order after being exposed to sunshine and watering cycles. Even so, I used this manure on the flowerbeds instead of incorporating it into the vegetable patch.

The other concern with many livestock manures is the use of wormer, particularly with horses. Most owners dose their horses with Ivermectin (the most popular wormer) every two to three months to keep the level of parasites in check. As a result, some gardeners are concerned that using manure from treated horses will be counterproductive since the chemicals could actually wipe out beneficial worms in the garden.

While there are reports of worm die-offs in the garden or compost pile with fresh manure from treated horses, studies indicate that 95 percent of the Ivermectin does not pass through the horse and the rest photodegrades within a few days. The risk appears to be low, but once again, it’s reduced further when properly composted, or you can use it in flower beds.

A greater risk in horse manure is herbicide residue from feeding animals “weed seed free” certified hay. Several years ago I used aged horse manure from a nearby stable. I’d taken manure from an older pile the year prior without any issues, so I never expected this batch to nearly kill my garden. Shortly after planting, the leaves of my tomatoes started curling like a shepherd’s crook. The herbicide had passed into the manure.

“The big problem in the last few years comes from products containing aminopyralid (Milestone, ForeFront, Chapperal). These chemistries also persist for long periods of time in compost or manure,” says Cecil Tharp, Montana State University pesticide education specialist. Since these herbicide formulas don’t require certification to apply them, it’s harder to ensure they’re properly used.” If the livestock eats the grass, the herbicide can be transmitted into your garden soil.

“If it’s aminopyralid or picloram (Tordon) it may be a minimum of three to five years before you will be able to grow susceptible plants (such as those in the Solanaceae family) in that area,” he notes.

Tharp says you can speed up the process by tilling, watering and adding activated charcoal. “But even these amendments won’t guarantee when the plants can grow there again. I do advise moving garden locations or trucking contaminated soil out and replacing all of  it.” 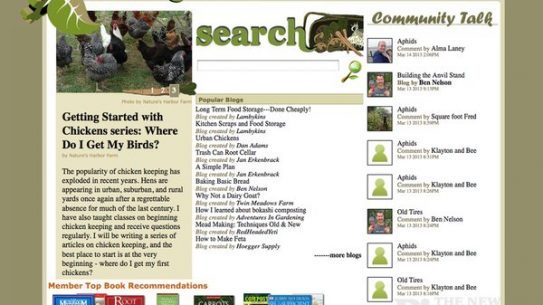