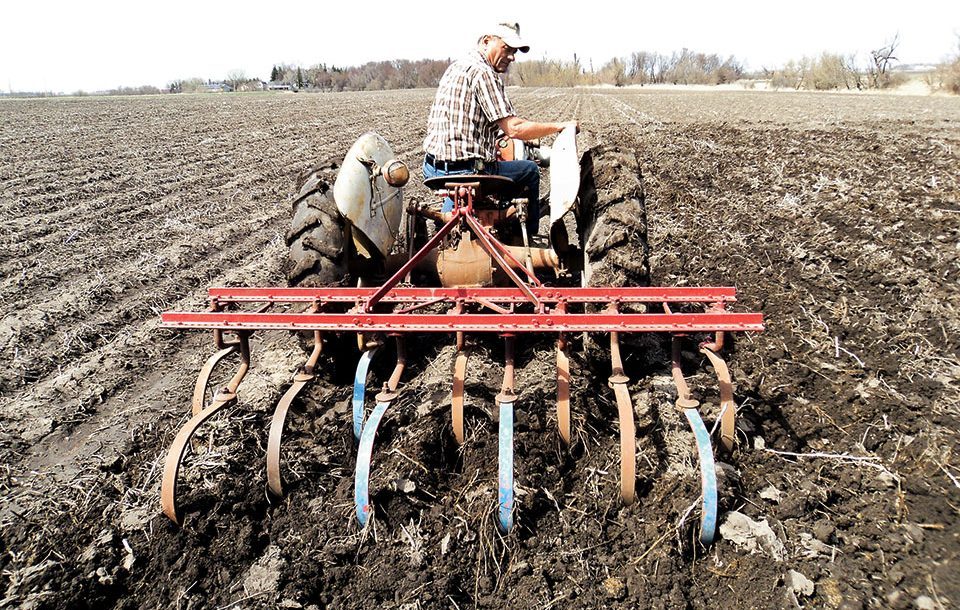 Many of us are becoming more aware of the importance of becoming self-sufficient and want to grow as much of our own food as possible. For one thing, we are concerned about food quality. We may even be branching out a bit and raising organic produce to sell. Finding the basic farming equipment needed to accomplish this goal can be challenging and a bit confusing, especially for those who haven’t previously farmed.

In the Spring 2013 issue of The New Pioneer, I wrote about handheld tillers in “Pick A Tiller For The Task.”  Here we will be considering tractors that pull implements for growing crops on land that ranges from 1 to 50 acres or more.

We’ll first take a look at the used tractors that can get the job done for you. Each tractor brand has a few very good, durable models, but most of us are somewhat biased when it comes to the vehicle’s color. We may have good memories of a grandfather, uncle or dad who used a certain brand,

then gravitate toward it. My favorite is the orange-colored Allis-Chalmers, which is the brand I have operated from a very young age. For the past 20 years I have made a living buying and selling these tractors. To make your farming more cost effective, buying a good used agricultural tractor from the 1950s or 1960s is wise. For many, purchasing a new $30,000 tractor is a deal breaker from the get-go. But mechanically sound used-tractors can be purchased from $5,000 to $7,500.

If I were going to go into a farm of 20 to 50 acres, I would use an Allis-Chalmers D-17 Series IV tractor with a three-point hitch. This tractor is as tough as a keg of nails yet nimble enough to turn around at the ends of the fields and come back a few rows over. With 54 power-takeoff horsepower, the D-17 is big enough to pull a 13-foot tandem disk, or a 14-foot field cultivator (or “digger” as we call them), or a three- or four-bottom moldboard plow. Back in the 1960s, we farmed 500 row crop acres with a D-17 and the smaller Allis-Chalmers WD-45 tractor.

Many companies developed their own hitch systems, with the idea that when a customer bought one of their tractors, the implements would be married to that tractor. Allis-Chalmers had the snap coupler system; Case had the Eagle hitch; International Harvester (IH) had the fast hitch. These brand- specific hitches are good and can surely be used today with the matching tractor and implement. But eventually, all the major companies converted to the universal three-point hitch design.

One Ford to consider is the smaller 8N, which works well with a small disk, a 7.5-foot digger or a two-bottom plow. Moving up a size is a good idea. The Ford Jubilee, also called the Model NAA, is more powerful and heavier built than the 8N. After the NAA, Ford came out with what is called the hundred series, namely the 600, 700, 800 and 900 models, which also make good tillage tractors. Both the 700 and 900 were available with narrow front “cultivision,” which meant that they were built higher off the ground. Prior to the 700 and 900 models, all Fords came with a wide front axle. But the narrow front axles of the 700 and 900 tractors allow the operator to turn in a smaller radius than the wide front axles did.

If I were going to choose a Ford, the 860 would be my choice. This tractor can pull two- or three-bottom plows and is built heavy. Many of the hundred series had a two-position live power clutch. By pushing the foot clutch part way down, the tractor would stop moving while the power-takeoff would continue; this is called “live power.” Full depression of the clutch pedal halts both moving progress and stops the power-takeoff. On the Allis-Chalmers D-17 tractor, live power is accomplished by positioning the hand clutch in the neutral position, which halts wheel progress while power-takeoff continues. These are important assets when operating a baler with power-takeoff.

Pre-Buy Checklist
First, determine what jobs your tractor will be doing. A three-point or hydraulic lift on the tractor is not always necessary if you are only going to work up ground in the spring and moldboard plow in the fall, because there are pull- type ground lift (also called mechanical lift) diggers and plows that don’t require a hydraulic cylinder. Also, many older tractors from the 1930s and 1940s were not equipped with three- point hitches or hydraulics. Using the newer factory tractor lift mechanism is usually better. This is either a three- point or hydraulic cylinder lift with the cylinder being mounted on a pull-type implement.

Next, buying a tractor in good condition is paramount. A good deal is not a good deal if the tractor has serious problems. If you don’t know tractors, take someone with you who does. Don’t be deceived by shiny paint. To some, the word “restored” just means a paint job, but a restored tractor should include complete mechanical reconditioning where needed.

Some important questions to ask about a used tractor: Does the engine burn or leak engine oil? Does the trans- mission jump out of gear? Does the clutch slip under load? Do the power-takeoff and hydraulics work properly? And does the generator charge the battery? You can end up spending more on repairing these problems than on the tractor itself. Note that some of the older tractors have 6-volt electric start batteries. This is not all bad if the battery and the starter are in good condition. I have an Allis-Chalmers WD with a 6-volt battery that starts reliably in sub-zero temperatures.

Is New For You?
You can purchase newer tractors for small-farm acreages, but expect to pay triple the price of tractors from the 1960s. And the older equipment lowers the overall investment.

I’ve talked about two brands of tractors—Allis-Chalmers and Ford—because I’m most familiar with them. My dad’s 1962 Allis-Chalmers Series II D-17, which he bought new, is a good tractor but doesn’t have a three-point hitch or the better hydraulics. The D-17 Series IV has a high-capacity, two-way hydraulic pump, while the Series I, II and III D-17s have the low-capacity pumps and one-way hydraulics. Green (John Deere), red (IH or Massey-Ferguson) and yellow (Minneapolis Mo- line) brands are also good.

Author’s Note: Anyone with questions about Allis-Chalmers D-17 tractors can drop me a line. Send your mail to me at The New Pioneer, P.O. Box 1050, Rogue River, OR 97537. 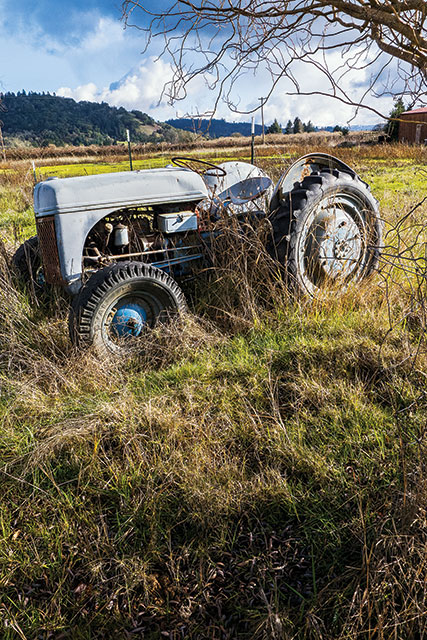 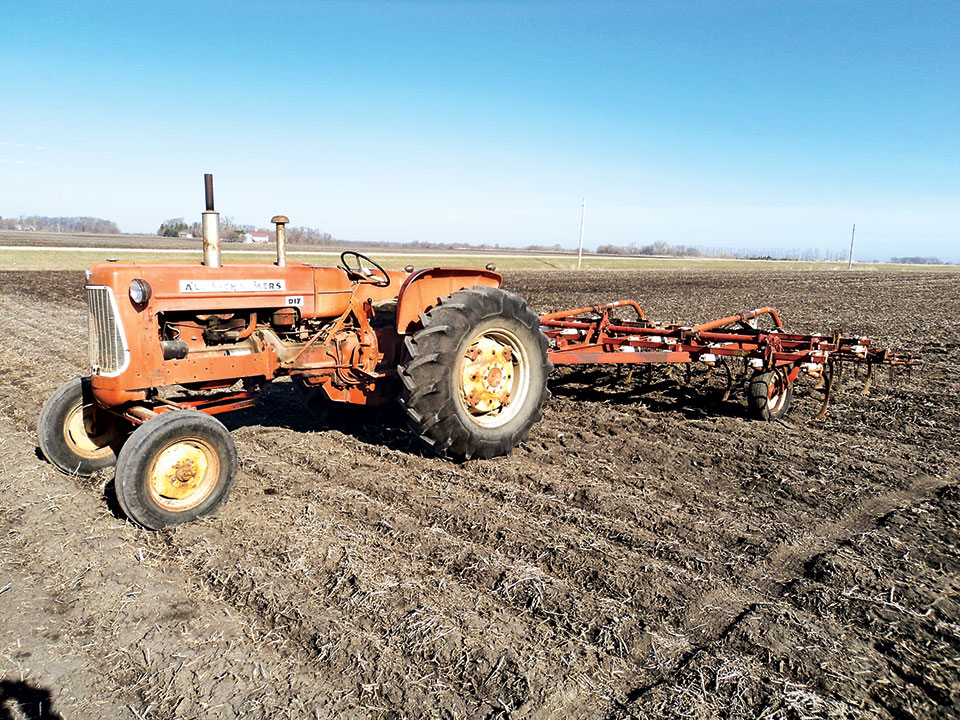 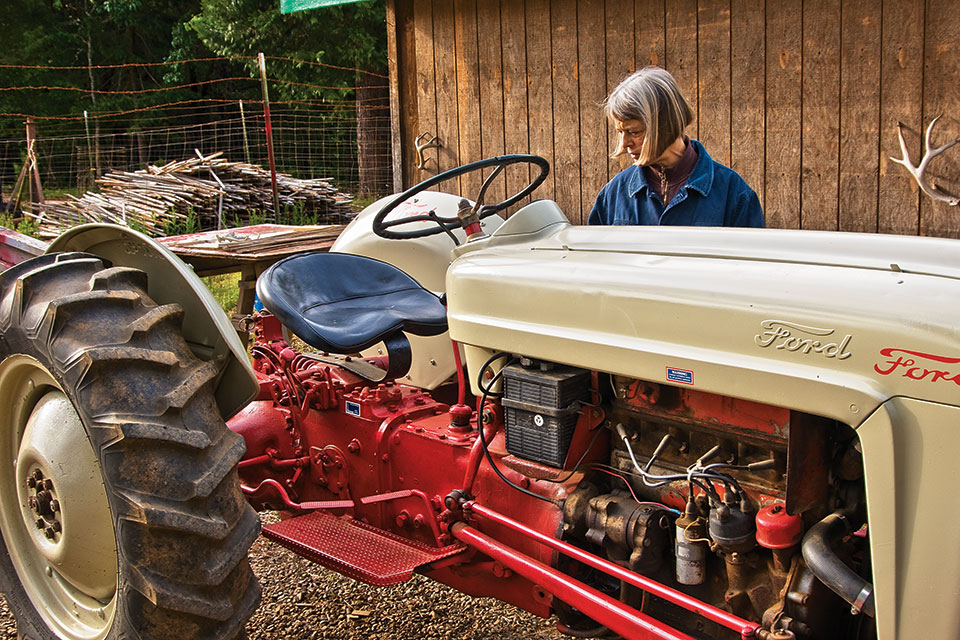 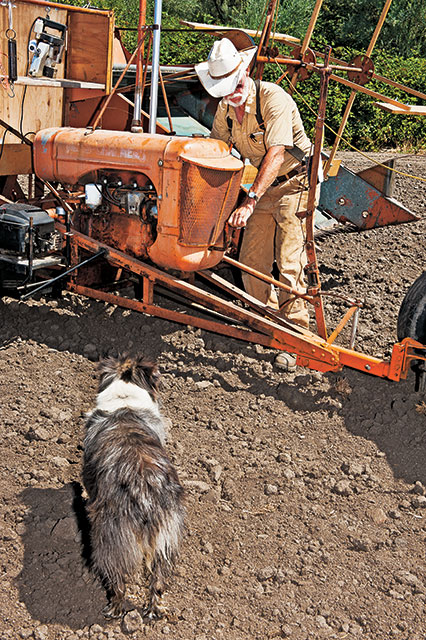 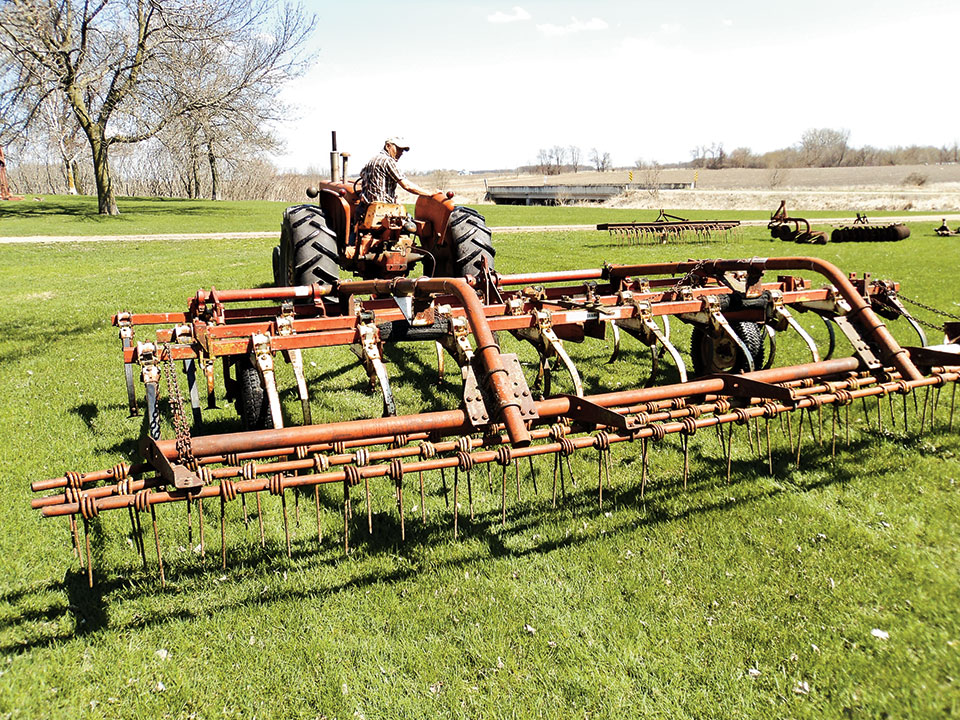 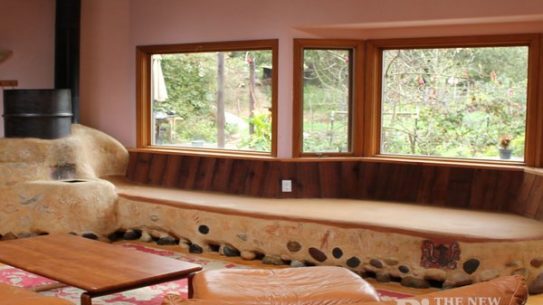