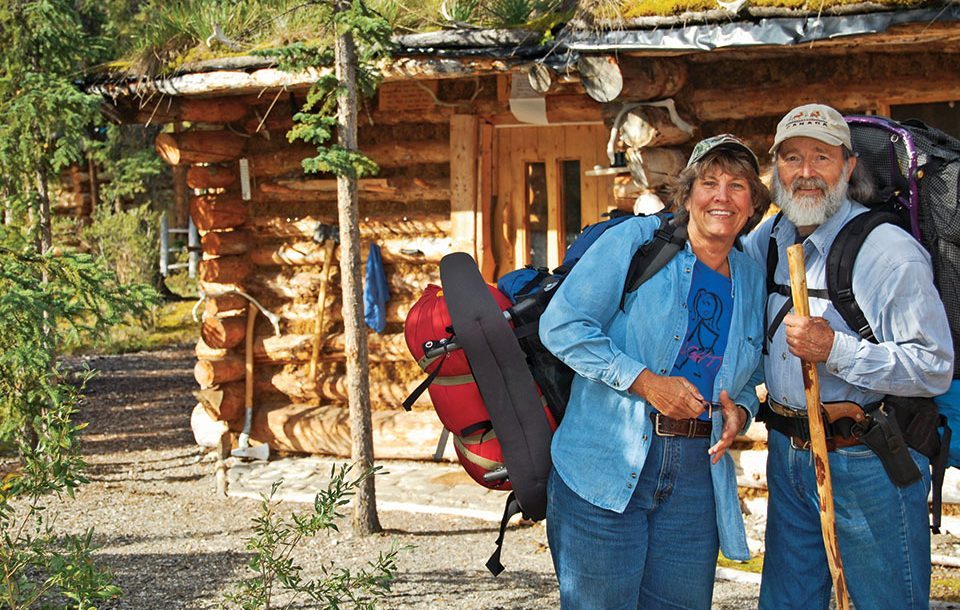 From the day we met, Jeanie talked about Alaska, wild Canadian rivers and the years she lived in the remote Arctic wilderness. I read the manuscript of her first book, Arctic Daughter, and studied her slides of life in the Brooks Range. We read aloud some of her mother’s books. “I want to share that land with you,” she said wistfully. “It’s all very nice,” I would answer, “but I left Ohio’s ice storms behind when I was 19. I don’t want more hard winters.”

We were glass artists, working our own schedule in a home studio I’d built with my own hands on five natural acres in Arizona’s Sonoran Desert. I had left a good job in aerospace for the freedom of life beyond a paycheck, and although we never had certainty, we were enthusiastic and very much alive.

An Alaskan Summer
It was 1987 before Jeanie talked me into spending a summer on a wild Alaskan lake with her and our infant son, Luke. I was hooked. Even then I knew that believing in your dreams is magical, and that the courage to look beyond appearances opens unexpected doors. In 1990, a man called to offer us another trip into the wilderness. He had read Jeanie’s book and would pay for the trip if he could film her returning to the cabin that she’d built two decades before. We planned to canoe down the upper Koyukuk River to a small town where we could charter a floatplane to take us deeper into the mountains.

It turned out that our benefactor was unable to join us, but he remained true to his word. The first week of July found us landing on an Arctic pond high in the Brooks Range. Our make- shift outfit was questionable: a 17-foot aluminum canoe and an inflatable raft. Jeanie, four-year-old Luke, Jeanie’s sister and I—along with a small amount of gear—were nestled into the canoe. Food and supplies for six weeks on the river were towed awkwardly be- hind in the raft. We were deep “in the bush,” as they say, with no way out except a long river journey. We were also a mile from the river.

As the floatplane disappeared, Jeanie organized camp. She started the fire and dinner, while I pulled the tent from a waterproof bag and began erecting it. Mosquitoes were out by the millions; birds were singing in the low sunlight of a northern summer night. We quietly prepared for bed, settling into the stillness of the mountains that cupped the little valley. The tent was close quarters for us and a few items, including the rifle. We knew we could trust our Luke not to touch this essential weapon without permission. He was to prove wise and resilient that summer when grizzlies came through camp and canoeing on the wild river.

The next day was difficult. I was 44 years old, 20 pounds overweight and unaccustomed to hard labor. It took all day to pack, pull and paddle our gear across two connected lakes and through muskeg, swamps, spruce forests and thick stands of willow. The day grew sunny and humid as we slogged toward the flooding river, under the endless light of summer.

As the days and river bends fell behind, we gradually settled into a routine; our bodies became accustomed to the work, awakening to the natural rhythm of paddling and walking. We found energy for hikes, berry picking and fishing. When we camped over a day, we took extended walks up small streams and through the lush hills. Nameless lakes dotted the expanding valley, and we explored as far as we could. Nowhere did we see a sign of humans. Silence entered our hearts, and we spoke softly, watching always for a glimpse of animals. This was my first true experience of wilderness, and I came to realize that the deeper I looked, the more there was to discover. Some forgotten dream whispered of wholeness and connection with this living tapestry. Each rock and tree had a voice, if I only had the patience to listen.

On our tenth day, we camped at the juncture of a stream. We christened the clear, dancing water, “Luke’s Creek.” That evening, Jeanie and I took a walk along the river. In the golden light we spoke of returning to build a log cabin here, to hunt for our winter meat, and what it would mean to share the experience of an Arctic winter with our son.

Mountains Beckoned
Upon returning to Arizona, we sought ways to bring our dream to life. For two years we wrote letters, made calls and pitched the idea of filming a documentary—to no avail. The eve- ning after Christmas 1991 was pivotal. While Luke slept, Jeanie and I sat at our kitchen table and rehashed our options. If we were to head north in the spring, it was time to commit. It felt like jumping over a cliff.

“Are we actually going to do this?” I asked.
“The universe supports choice,” was her expected reply.
I took a sip of bourbon. “I agree. But it seems to have a sense of humor.”
“What do we need to go it alone?” She looked thoughtful.
“The first three items are money, capital and cash,” I shot back.
“We’ve lived without those for years. So let’s start with item number four,” she grinned.
“Somehow, we usually pull things off when we align. How does it feel to you?”
I took a breath. “Right,” I said at length.
“That’s your answer,” she stated.

That evening we started lists of clothes, food, tools, guns, camping equipment, sewing, medical and camera kits, books, school supplies for Luke, kitchen utensils, hardware, and much more. We were grinning at each other like goofy kids when Jeanie suddenly became serious. “We’re going to do it, aren’t we?”
Continuing to grin, I nodded, then said, “We might as well. We don’t have any glass work.” The irony just made us laugh. “Two things are important to me,” I continued in a more seri- ous tone. “You pulled a canoe into the mountains and built everything with an axe when you were 22, but I’ll be 46 this spring, and we have Luke. I want to fly in, and I want a small chainsaw. If we have to cut logs with an axe, we might not get the cabin up or firewood in before the dark of winter.”
She nodded then said, “I’d really like a third adult. It would be safer and more fun. And we should find the money to film ourselves. Perhaps, we’ll make our own documentary.”
The next morning I started converting assets into cash. I sold old art glass panels, unneeded tools and equipment, furniture—anything that would turn a dollar. We wanted to be at the site by June 1 (shortly after breakup), and hoped to complete the cabin before snowfall. I would trust Jeanie’s experience, for although I had built our glass studio, this would be my first cabin. Satellite phones were almost unknown then, and when the plane left, it would be up to us to sur- vive the year alone.
We began cruising thrift stores and making tools. The thrill of investing all your energy in a project is hard to de- scribe: It was like riding a great wave.
Love and support poured in from friends; nevertheless, few understood why we would risk everything on this strange adventure. At some level, however, I believe most sensed the passion invoked by stepping beyond the fence. It was indeed an audacious choice, yet our 1990 river voyage had prepared me to enter the wilderness with a balance of respect and humility. People who speak of “pitting them- selves against nature” trivialize this remarkable gift. Life in the natural world is a dance rather than a battle. Still, it is wise to remain attentive. The year that we took our child to live in the Arctic mountains, Chris McCandless starved to death within easy walking distance of a road.

Into The Wild
Spring advanced on the desert as our studio filled with supplies, and we readied to launch. At six, I doubt Luke really understood what leaving civilization for more than a year would mean. To our relief, a friend’s daughter decided to join us. At 29, Laurie had never camped, yet she stepped into our ad- venture with joyful courage.

As the plane lifted from the river, our small group turned to creating a wilderness home. Hard days were spent cutting dead trees, skinning and dragging them to our cabin site. Each evening we crowded into the tent by Luke’s Creek. We played cards, laughed, sang, bathed in the river, talked honestly, and learned to value one another’s strengths. Endless daylight gave way to golden autumn. Geese wedged across the gray sky and the first snow found us grateful and snug under a sod roof. Northern lights danced through the brittle cold of Arctic winter while we built furniture, baked bread and roasted moose.

In this great and silent darkness we discovered serenity, freedom and self-sufficiency, creating a lasting family bond. Watching the bears, caribou and wolves and listening to the books we read aloud, Luke grew in wisdom, a journey that was to set him apart but also allowed him to form deep friendships. That magical year drifted past like the river as Northern lights danced across the starry winter blackness, birds returned with the sunlight, and ice flushed from the awakening river. Much too soon, we headed down the current, back to the life we had left behind.

Through the decades, the Arctic wilderness called us back repeatedly. When Luke was 13, we spent another year’s cycle, and we often came for the summer. Jeanie and I still head north each spring with the geese. The documentary we created shows nationally, encouraging a new generation to live authentic lives. Now in our sixties, we have settled in Homer, Alaska. Simplifying our lives and following dreams continues to keep the journey vibrant. 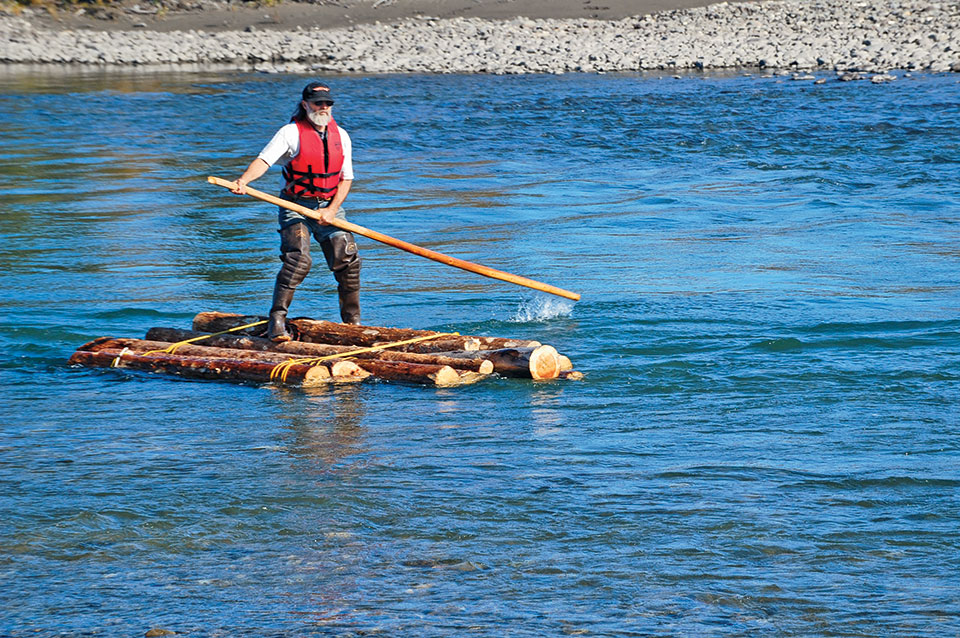 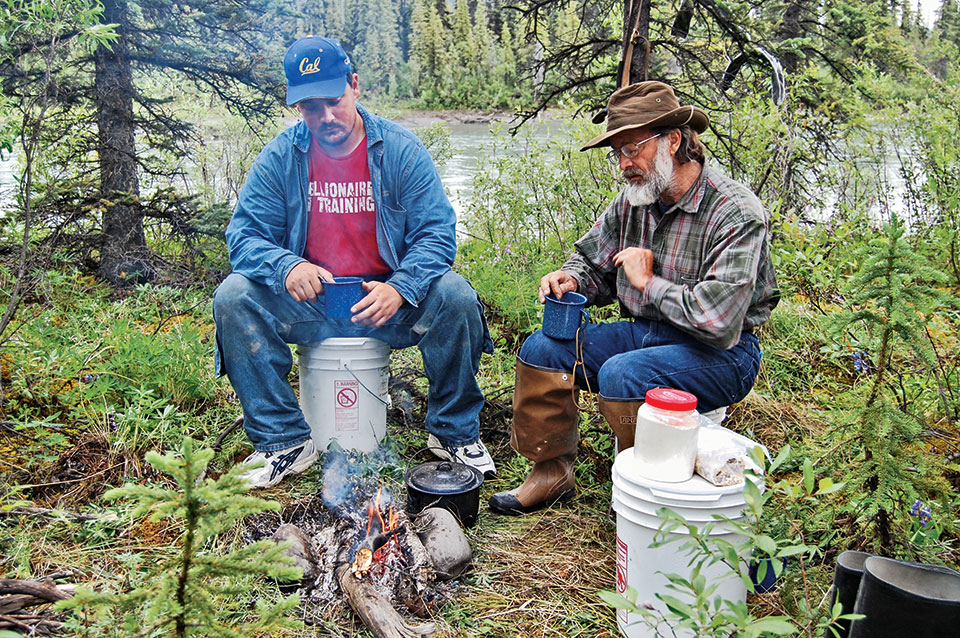 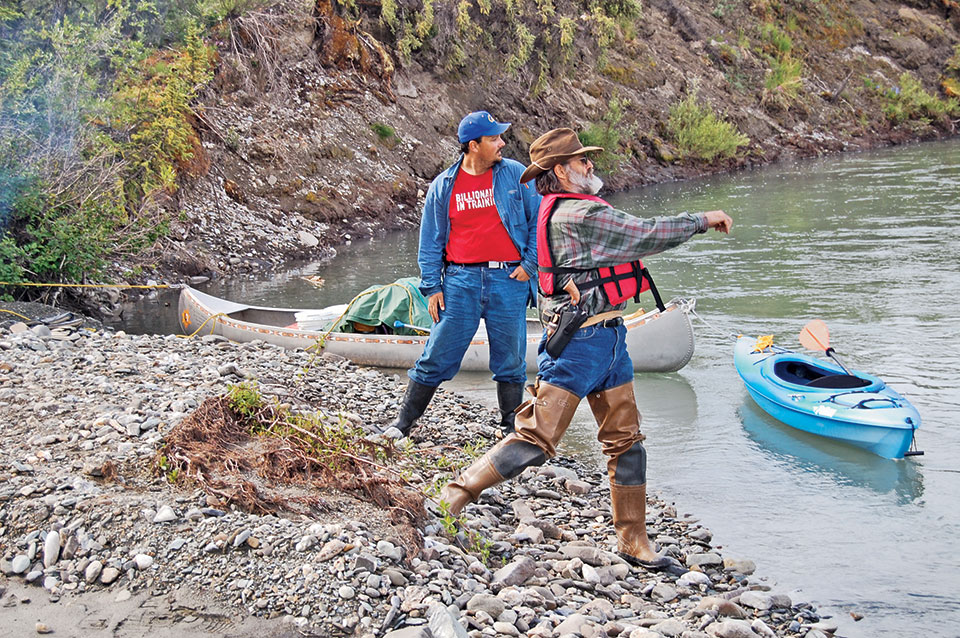 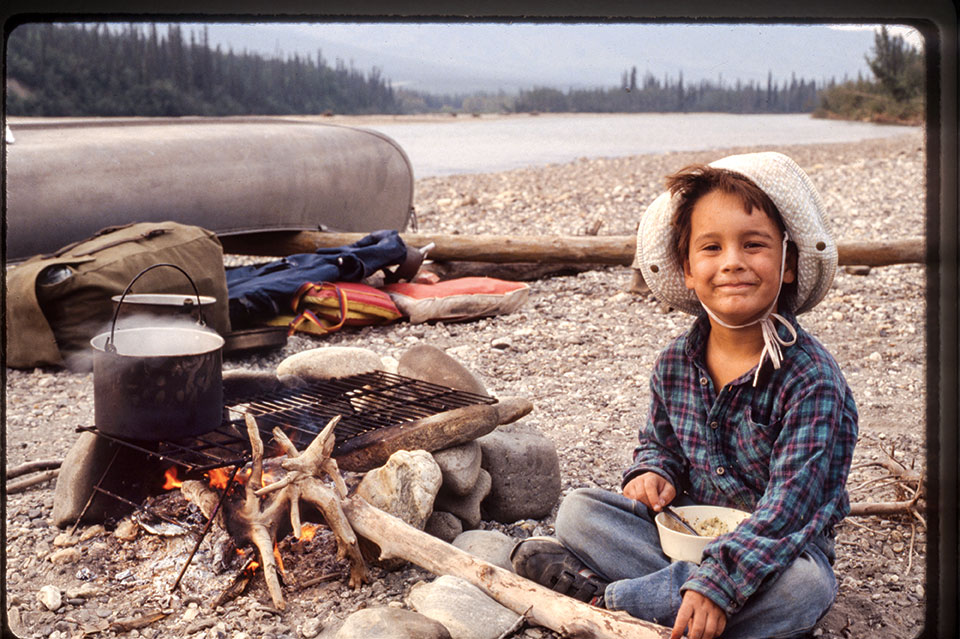 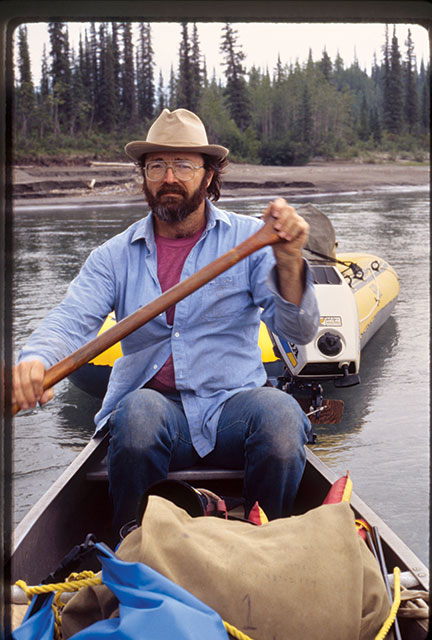 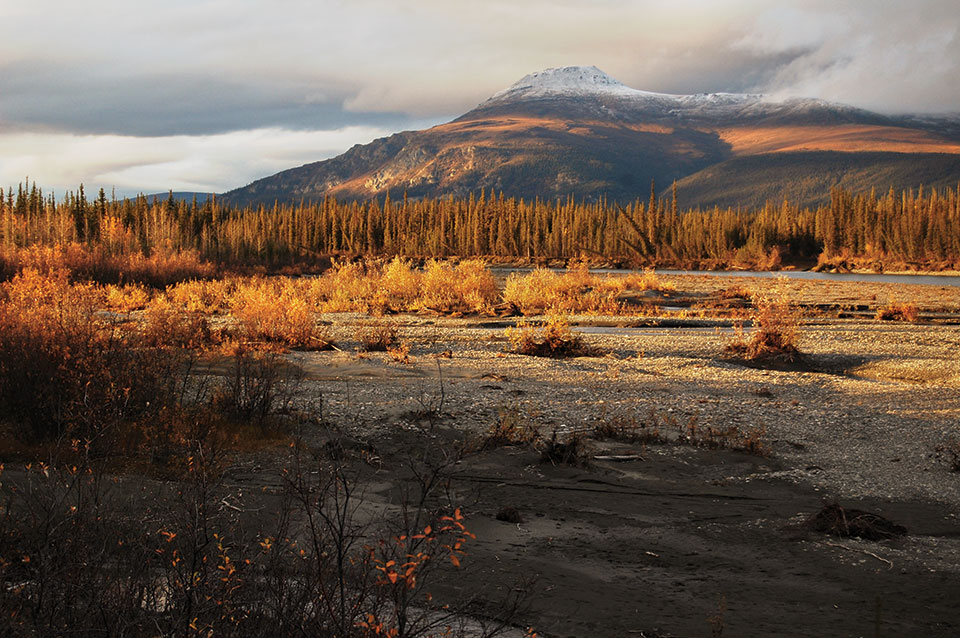 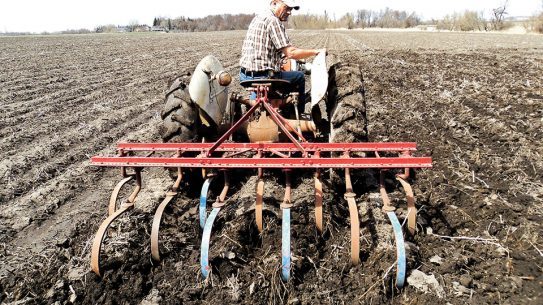 Our guru steers you around the new-versus-used maze before you plow through big bucks. 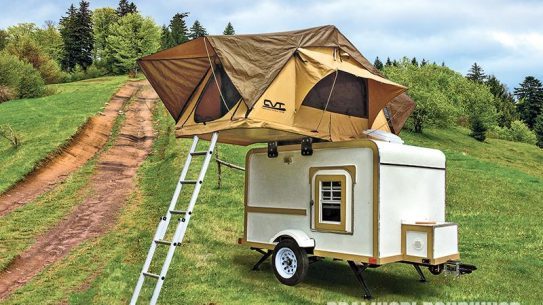