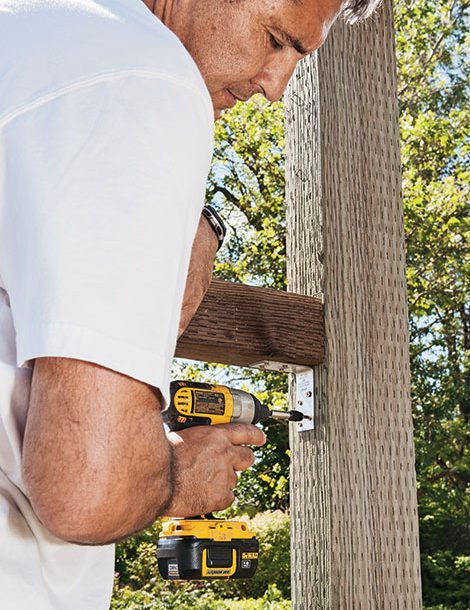 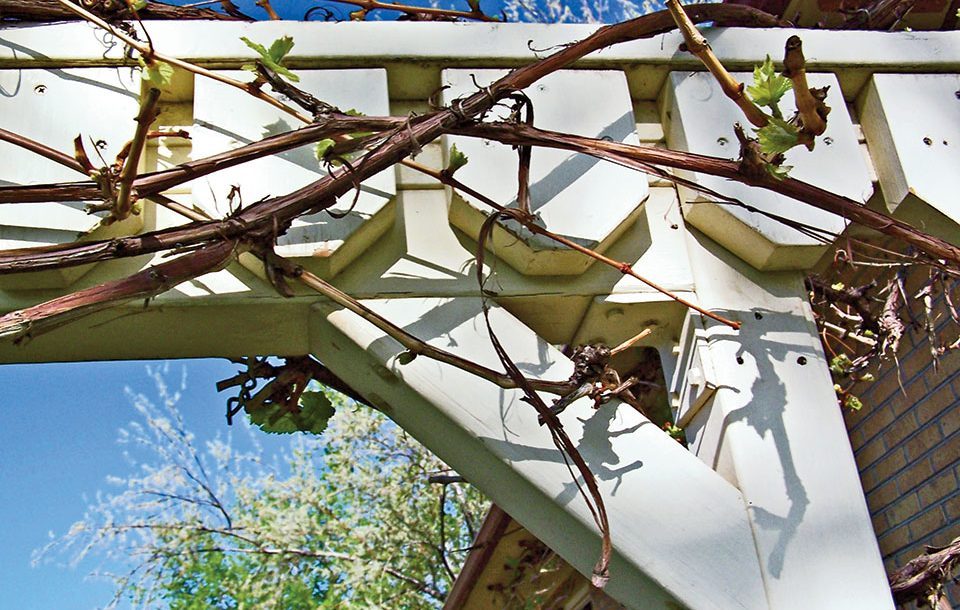 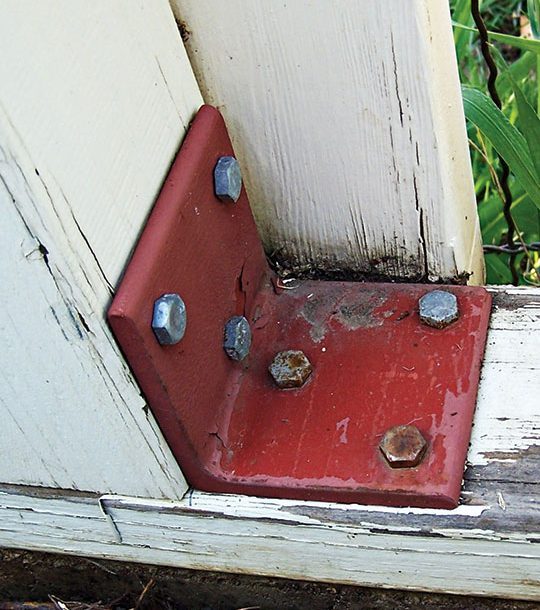 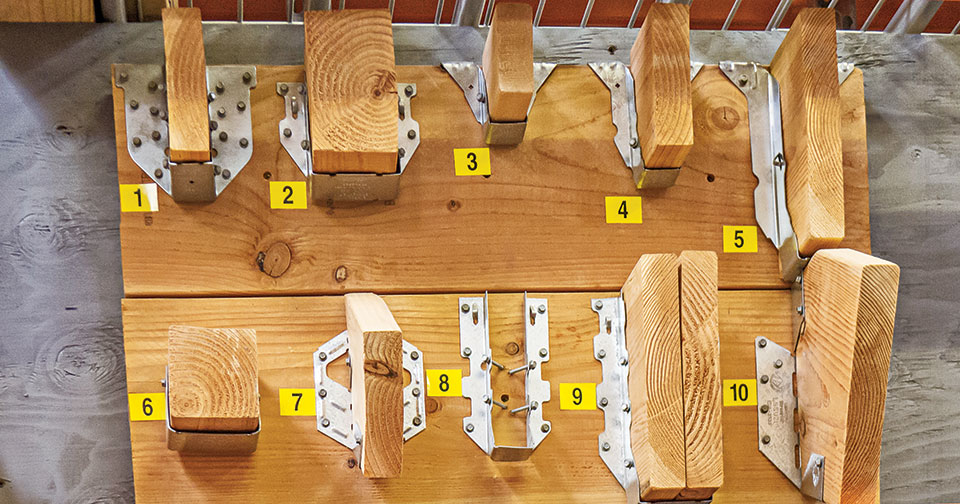 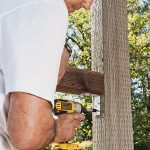 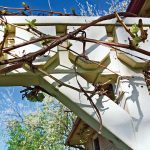 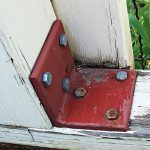 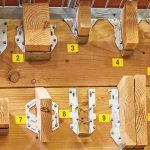 It’s interesting to watch a building come apart in a violent storm, as long as it’s not yours. Slow-motion photography is even more intriguing. After the inadequately secured modern roof and sheathing go, the structural members part where they are joined, allowing large sections of wall, floor and roof to fail. One of the structural advantages of post-and-beam construction is that, when major members are closely fit and inlet or dovetailed into each other, they bear the stress together and have a better chance of staying joined. Except from severe internal overpressure, like that of a gas explosion, frame buildings don’t let go all at once.

The weakest member or assembly goes first, weakening and exposing the next and so on. Frame buildings that have no weak joinery have fewer vulnerable first-failure points. What used to be done with precise and often complex joinery can often now be accomplished with cost-effective steel components, both factory or homemade.

Recent in the overall history of stud-wall frame construction are “Simpson ties,” a genre of simple, formed-steel pieces designed as connectors. As first manufactured, they could secure the rafter to the top plate, or joists to the bottom plate, better than toenailing. Simpson ties included pocket-type joist hangers, good for blind-joining a joist to the ledger board, or narrow “sway” braces that secured top plates to sills or bottom plates. Hundreds of job-specific products are now available. A pioneer in this field has been Simpson Strong-Tie; USP Structural Connectors is another supplier.

One reason these connectors work so well is that the tensile strength of even light steel is stronger than wood. A reason the connectors have been so widely accepted is that they are now code in many jurisdictions—because they work. Everywhere we used to join members with multiple toenails, gravity and hope, simple steel construction connectors may join more strongly and without weakening the wood. When the load on fasteners is a shear load, as opposed to an extractive load, a destructive force doesn’t merely have to pull the fastener out of the wood; it has to break it in two. And you can go one up by using screws of the manufacturer’s specifications.

Early components such as joist hangers were designed to use short, heavy (10d or 16d, where “d” stands for “penny,” which is denarius in Latin) nails. Many are now designed to use short nails to nail the hanger to the joist, but use 3-inch nails at an angle to nail through the joist and hanger and into the ledger board. Always use the fastener the manufacturer specifies for the application, not what the guy at the big-box store says. Personally, I like screws if their shank is the same size as the nail specified. They cost a little more, but hold a bunch better.

Major structural members are often joined with heavier steel gusset plates, bolted through or joined with long lag screws. Sheathing can now be secured with fasteners and high-strength adhesives to gain strength not unlike that of an aircraft’s skin. Steel joining components and methods are code in some areas and have found favor in the quality-building industry because the cost of steel has dropped dramatically and the cost of even semi-skilled labor had risen exponentially.

Modern people have always ironbound wood when they wanted it to all hang together, from steamer trunks, to cannon carriages, to wooden wag- ons, to myriad farm implements like cider presses and threshing machines. Now, scrap steel is so cheap (or free for a little labor) that you can afford its benefits, even to fortify a new out- house against wind, weather or Uncle Fred’s gastronomic excesses.

As scroungers and reusers of wooden components know well, the wood you can get for free may or may not come in the size and shape you need. But not only can you cut big boards small, but larger structural members also can often be laid up from smaller components. Homemade glue-lam beams will actually be stronger than a natural timber as there are no knots or slash grain, for example, as long as you use adequate glue and fasteners.

Although only approved for interior walls and not components such as trusses, Canadian government studies have shown that two-by-four studs built from short pieces finger-jointed together are every bit as strong on a compression load as a “natural” stud.

Particularly for rough or outside work, larger members that require more strength in the joinery than is provided by the commercial sheet- metal brackets will lend themselves to iron-binding with higher-strength steel components made from scrap angle-iron or plate, fastened by ap- propriate lag screws. We prefer the robustness (and cost) of homemade heavy steel “L” brackets over commercial stamped sheet metal, and find applications all around our homestead.

The only costs except for labor have been the crummy Wal-Mart paint (the only point of failure) and what lag screws I wasn’t able to salvage. Such homemade steel components, of course, may not fall within building codes in a habitable structure or meet load-bearing standards in certain applications. But for utility applications, the cost-to-strength ratio is hard to beat. Free, sound lumber is always worth bringing home, and scrap steel is usually worth saving. 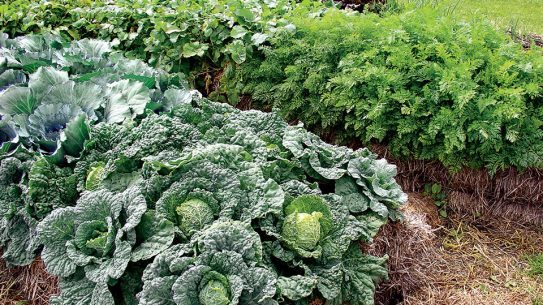 Save time, your back, and extend both ends of the growing season! Here's how...