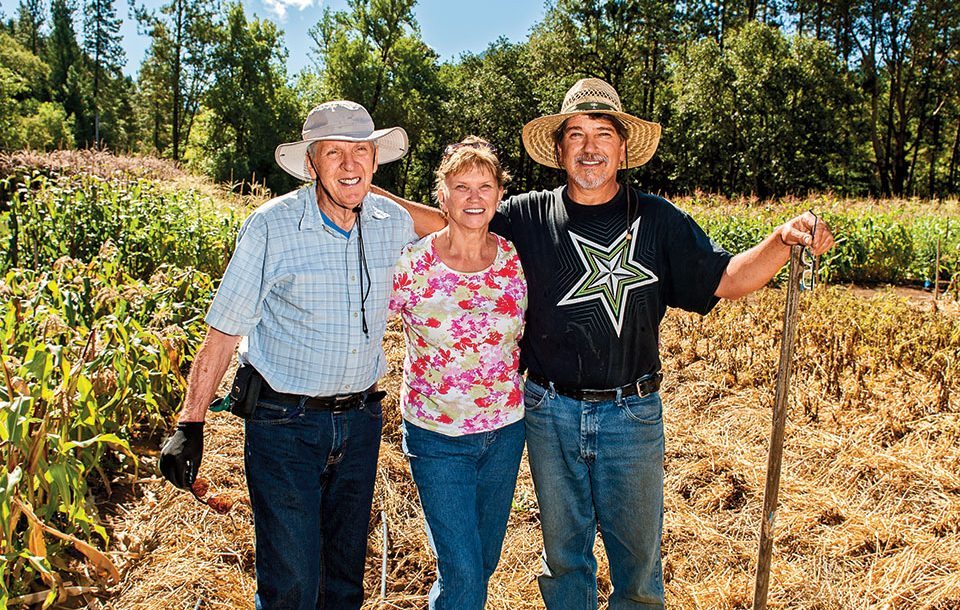 Mark and Sheri Crespo may not be living in Eden, but they’ve certainly found the closest thing to it at their 33-acre Eden’s Edge farm.

Just three years after buying their farm, their lush garden is producing a bounty of produce, and their small herd of goats is churning out gallons of milk. A small orchard has been planted, and plans are in the works to add organic grains and honeybees to the farm. “This is absolutely the ideal place for us,” said Sheri.

She found their southwestern Oregon farm, and despite Mark’s protests, convinced him to see it for himself.
“It was so beautiful and wonderful, I told Mark that he needed to come and see it, and then if he said ‘no,’ I’d go with that.”

He agreed, and while they walked the property, he poked a length of rebar into the soil to check its condition.

“When we got in the car, he said he wanted it,” Sheri continued. So they made an offer, the owner countered, and they accepted. Within a month, they sold their home in the city and were on their way to developing their own farm.
The first two years they spent rehabbing the barn and home as well as starting a small garden.
“We took out 27 loads of manure and rocks from the barn,” said Sheri. “Actually, we stopped counting at 27 loads,” Mark added.

Once the barn was fixed, Sheri looked into adding goats to the farm. They learned of a small herd that needed a new home, so the couple adopted them. As a bonus, several were ready to kid, but on the downside, they learned that all but one of the goats was infected with CAE, a debilitating virus that is passed from goat to goat (but not to humans) through their milk. So as the goats were born, they bottle-fed the kids with formula to prevent them from acquiring the virus from their moms.

“Once we got the babies to a certain point, we started removing the goats that were infected,” Sheri said.
She has since added two more Nubians to bring the herd to eight milking goats and a wether. Since her goal is to sell cheese and milk, “I chose Nubians for their milk fat, I love my goats. They are all wonderful.”

The Crespos also began to consider what they would grow in their garden. “I looked around the community and went to the local farmer’s market—no one had any variety,” Mark said of the produce that was available. “I believe in growing variety.”

Indeed. Their second garden was filled with variety—520 tomato plants made up of 30 varieties. He admits that his next garden won’t be that extensive in the tomato department.

Catering to the farmer’s market buyers as well as to their farm stand customers has proved to be successful. They’ve learned that they can often pre-sell their produce.

“When we started, we had a board that said ‘We will grow you a row,’” Sheri said. “We also have people calling us for their canning needs.”

An ad on Craigslist brought in a customer who wanted them to grow black-eyed peas, a crop not commonly found in the region. “He said that if we would grow them, he’d pick them,” Sheri said.

And just in case the customer backed out on his end of the deal, Mark was prepared, “We always try to have a back-up to the back-up.” 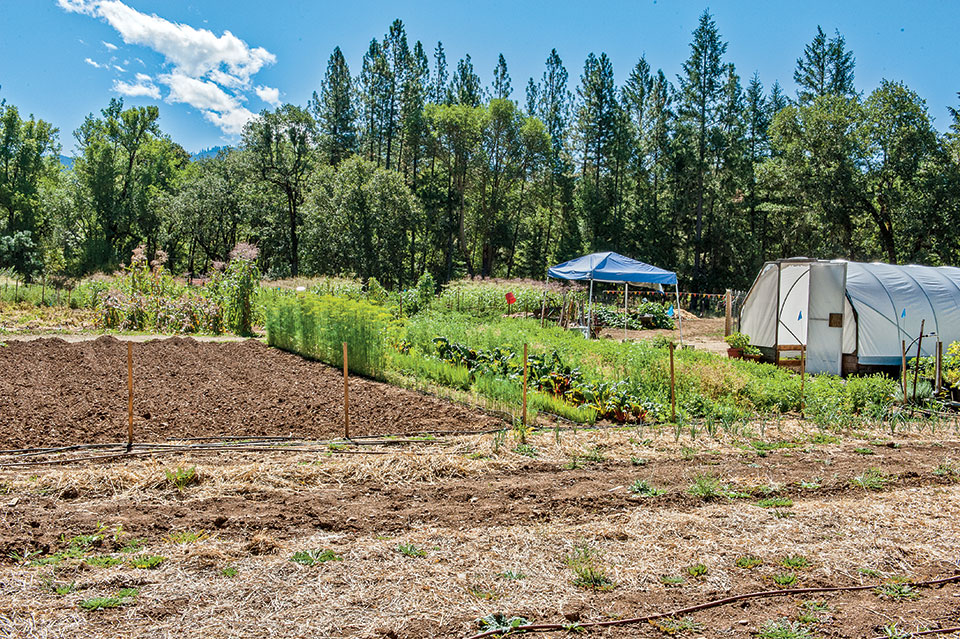 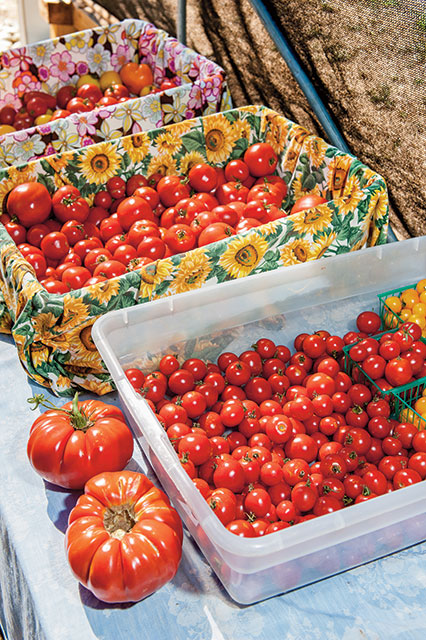 The Crespos’ farming experience and homestead creativity were honed at their former urban home, where they removed the backyard and built nearly two-dozen gardening boxes. Mark also constructed his own greenhouse from scratch.

“I used 1.5-inch scrap muffler tubing for the frame,” the former mechanic explained with pride.
To obtain soil economically for their garden, they threw a potluck for friends. The invitation asked that guests bring a bag of dirt as their admission to the party. “We’d see someone coming down the street and say, ‘look, here comes another dirt bag,” Mark said with a laugh.

He brought his creativity to his new farm as well. For example, to control the temperature inside his greenhouses, he rigged old Ford Taurus cooling fans to solar panels using direct current. The fans have single-stage motors and efficient rare-earth magnets, he explained. And, he added, “You can pick them up very inexpensively.”

In the 3-acre garden, they plan carefully for efficient growing and harvesting. For example, seedlings are planted in numbered plots and sections in succession for continued production. The soil is only amended with compost where the rows of plants are grown, and the plants are drip irrigated. Even small touches, such as snapping over a harvested corn stalk, increase efficiency by telling the picker that all of the cobs on that stalk are gone.

Spring in southern Oregon can be cold and rainy, so the Crespos get a jump on the season by starting their plants inside greenhouses. Even corn is seeded inside. This year, he grew 2,000 corn starts from seven varieties.

“The plants are 8 inches high before they go in the ground,” Mark said. “All my neighbors want to know how I get my garden going so early.”

Two of his three greenhouses have an opaque plastic covering, Turflite IV, that allows him to grow cool-season vegetables, such as lettuce, during the heat of the summer. 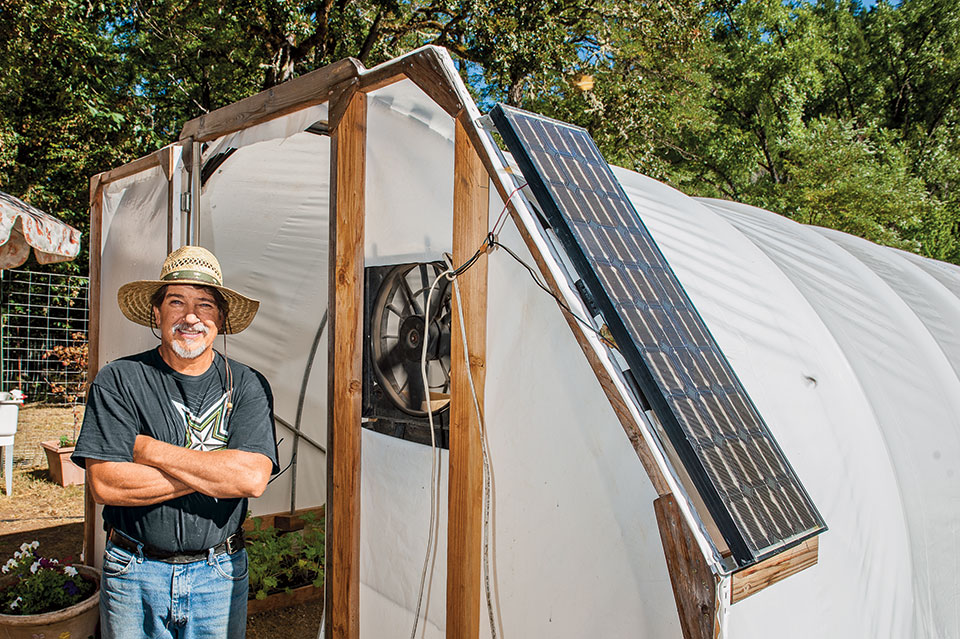 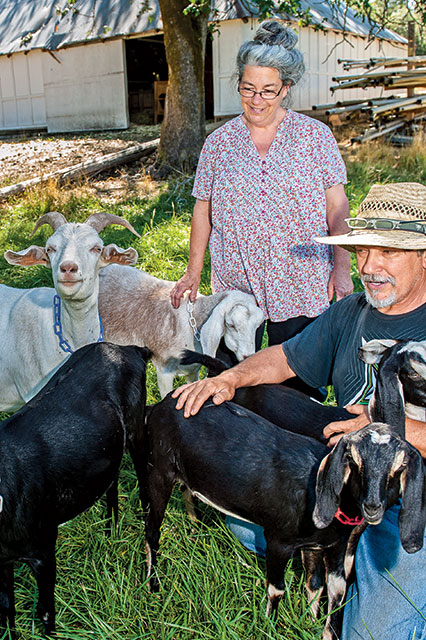 And then there is the question of organic versus non-organic. “We’re organic all the way,” Mark said of his farming techniques. “We’re just not going to do all of the certifications.”

Rather than wade through the expense and bureaucracy of certification, the Crespos let customers judge the quality of their garden practices for themselves. “People are encouraged to come through the garden and see how we operate it,” explained Sheri.

While the Crespos are living the life they’ve dreamed, they also want to show that farming can be a real—and sustainable—lifestyle. “Not everyone understands that this is a viable way to live,” Sheri said.

They want to teach a course at the local high school about farming and start an apprentice program for teens. “We’d like to turn this into an educational experience,” added Mark. 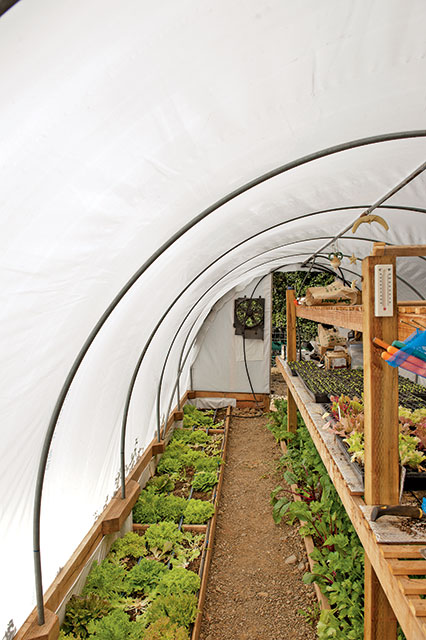 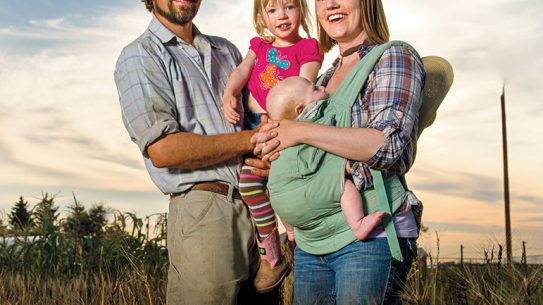 Heritage Grain On The Prairie

Meet the Cowgills, who are breaking Montana monocropping tradition by diversifying with hoophouse veggies,...