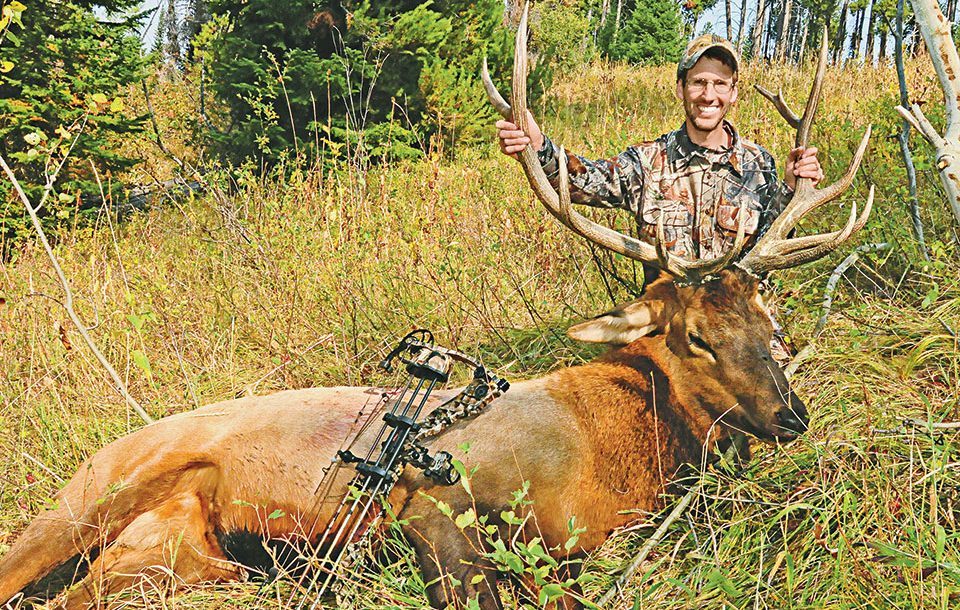 Hunching like Quasimodo under my meat-filled backpack, I backed up against an aspen tree and braced both hands atop my knees. No doubt about it: This was Idaho. We weren’t in Wisconsin anymore. We had a dead elk strapped to our backs, and camp was still about 1,500 feet below and two miles away. “This is how you rest with 100 pounds of elk meat on a 56-year-old, 160-pound frame,” I told Chris White, 35, of Toledo, Ohio. He took my advice, backing into the tree’s opposite side and hunching to rest. Then he pointed and asked the obvious question: “Why not sit on that log over there?”

“If you sit and your butt’s not higher than your knees, you’ll need help getting back up,” I explained. “At least I do. I did that once a few years ago when I was alone up here, and I never made the mistake again. I felt like a turtle that’s shell down and belly up. My legs and arms were pumping, but I went nowhere fast.” A few yards away, Mark Endris, 60, my longtime friend from back home, looked up between water sips, smiled and said, “With all the trees in this forest, you don’t need to use the same one to rest.”

Endris had a point, but neither White nor I wanted to waste energy moving. We were about a half-mile from our first relay point, and still had two down-and-up trips waiting on a steep, half-mile slope to the handcart and hiking trail that led to camp. Once we reached the cart, we still had a mile to go.

It was September 19, the fifth day for Endris and me in the CaribouTarghee National Forest, and my seventh do-it-yourself elk bowhunt to that site. White met us the second day after flying into Salt Lake City and driving north for four hours.

This was Endris’ third time in camp and White’s first. Endris doesn’t bow- hunt, but besides overseeing our campsite and catching trout from the river we take to camp, he pitches in whenever elk meat, hide or antlers need retrieving. So, when White shot a 5×5 bull earlier that day, Endris was on the job, helping to ensure everything salvageable from the elk re- turned to camp.

After catching our breath, White re- minded me of a friend’s photo with a similarly sized elk that was shot the previous week on a fully guided/outfitted hunt in Colorado’s backcountry. “You know, he paid $10,000 for that hunt,” White said. “So I really appreciate what you guys are doing for me. Thanks again for inviting me.”

That made me consider everything that goes into equipping, hauling, setting up and maintaining an elk camp. I also considered my seven years of hunting and scouting the 6-square- mile area we hunt. And then I considered our current obligation: butchering and packing out boned elk meat from White’s bull.

After thinking a few seconds, I replied, “Your friend got a fair deal. I don’t know how elk outfitters stay in business. Think of all the gear, trucks, trailers, tents, horses, horse equipment, guides and wranglers they need, the taxes they pay, and the occasional jerks they get for clients. That’s a lot of work and tons of pressure to perform. We have none of that. We’re doing this for fun.”

Of all those requirements, the most difficult is teamwork. Anyone who hunts deer from a shack or cabin knows the difficulty of getting two or more people to commit to the same time and place each autumn. And even if finding loyal teammates were easy, more ain’t necessarily merrier. A camp’s chores, confines and hunting conditions can expose personality flaws never revealed at work or on Friday-night fish fries.

So, invite new hunters to camp at your peril. Nothing taints a long-anticipated hunt more than a lazy, inflexible, easily discouraged friend, co-worker or brother-in-law. Some guys work and play well with others at jobs or family picnics, only to become whiny divas once plunked onto a muddy path and asked to pack all their hunting gear and camp necessities to a distant campsite, especially if it’s uphill.

There are at least two ways to choose hunting partners: Pick them to suit your hunting site, or pick your hunting site to suit them. Some guys are great partners for a weekend deer camp, but don’t like the exertion, isolation and time commitment of back-country elk hunts.

Situations differ, too. One reason for White’s satisfaction was that this was his first elk hunt. In other words, his first time in my elk camp happened to be my seventh year in that location. Friends before him suffered often while I learned the area and the best ways to hunt it. 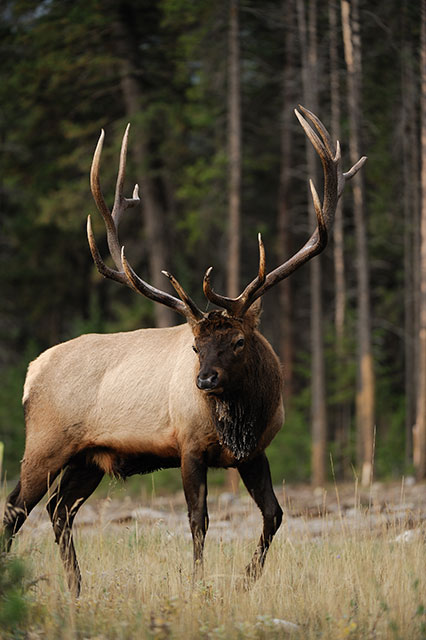 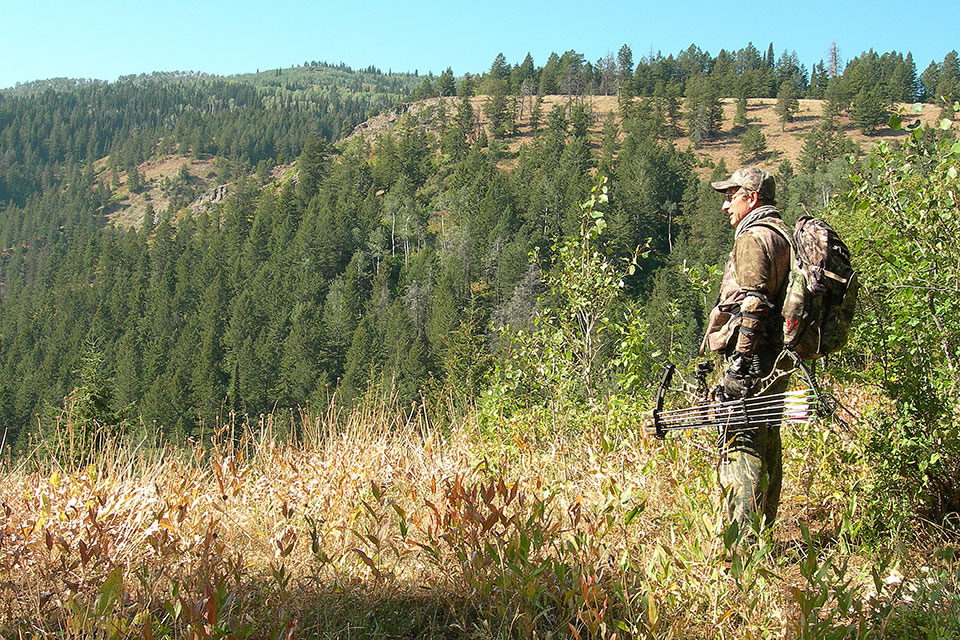 The Long Haul
Therefore, when considering a DIY hunt, consider whether it will be a one- or two-time trip, or an annual or biannual affair. Sure, there’s a chance you’ll get an elk the first time you hunt a new area, but the more time you hunt there, the better you’ll get as you learn the land and how elk use it. If you can’t commit to about five hunting trips to the same area over the next few years, consider a drop- camp or fully guided hunt instead.

Drop-camps—where outfitters horsepack you and your gear to a remote campsite to hunt on your own—are cheaper than fully guided trips but seldom as successful. Either way, friendships usually enjoy higher survival rates on outfitted or guided hunts than on DIY hunts. After all, whom do you blame if a DIY hunt sours?

That’s why White didn’t need to thank Endris and me for inviting him to Idaho. We thanked him for accepting the invitation and embracing the hunt’s many challenges. He looked at our campsite and hunting/fishing grounds and called them “paradise.”
What he couldn’t yet appreciate was all the work, experience and year-round planning that makes DIY elk hunts possible. As Mark Twain once said of off-the-cuff speaking: “I never could make a good impromptu speech without several hours to prepare it.”

Where To Hunt
The success White enjoyed in 2012 actually began in April 2006, before we met. My late friend John Peterson and I settled on this chunk of public land after weeks of online study, map-based recon, phone calls to wildlife biologists, and Google Earth “flyovers.” And even those tasks didn’t start until we settled on Idaho itself. Unlike most Western states, nonresidents can buy most of Idaho’s elk licenses over-the-counter instead of applying in advance and waiting to learn if you’ve drawn a precious tag.

We chose this particular site because we could reach it by boat, which we figured would slightly reduce competition from other hunters. Once ashore, no motorized vehicles are allowed in the rugged lands beyond. But to hunt and camp there, we must first lug our gear uphill more than a half-mile to the woods line and campsite, and then fetch water from a nearby creek and purify it in our large filter-bags. Once we set up camp and start hunting, each day starts with a 1- to 2-mile uphill trek in the dark. Whenever possible, we try to reach the most “elked up” areas before dawn. 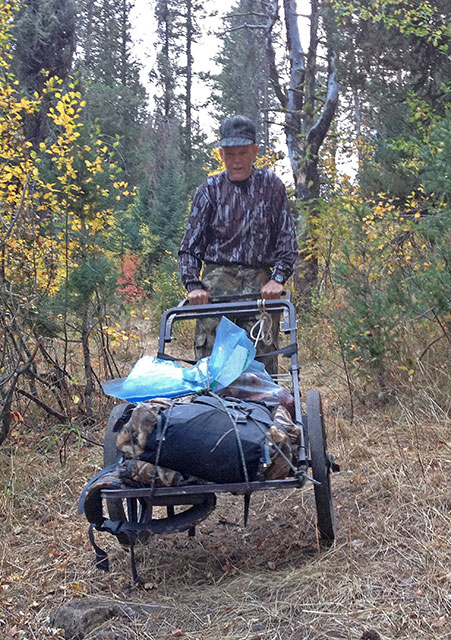 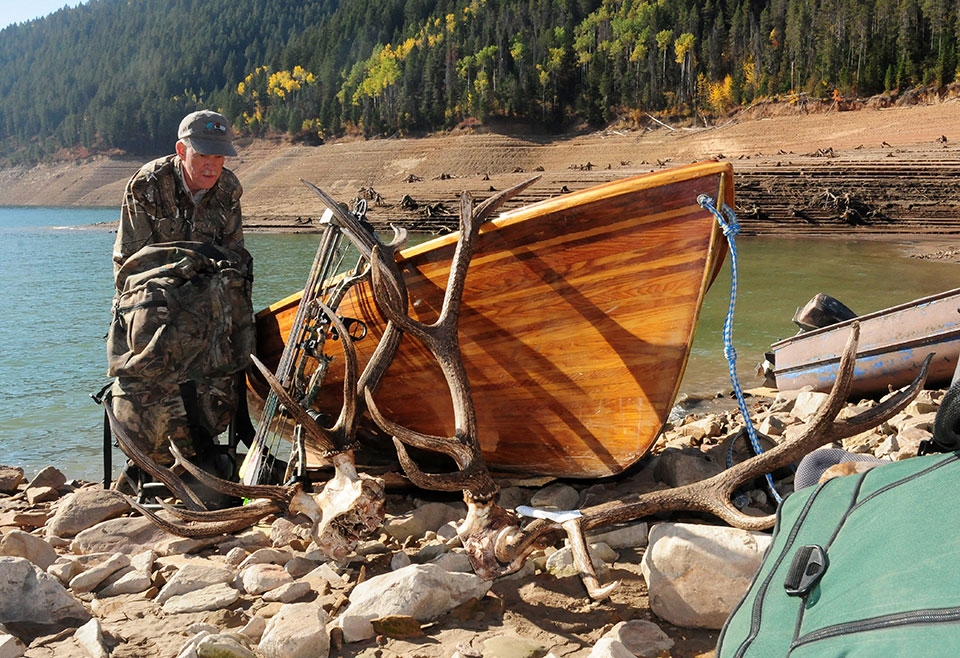 Two Good Tips
Here’s a vital tip for DIY backcountry elk hunts: Pack and organize for next year’s hunt as you unload from this year’s trip. As much as possible, stow all gear in the same place every time. I store my cots, tent, table, chairs, stools and sleeping pads in the garage rafters near the back wall. I store the stove, lanterns, freighter packs, water filters, sleeping bags,eating utensils, plates, bowls, and butane and propane canisters in the back corner of my basement’s walk- in closet. The more consistently you stow and pack, the less time and money you waste replacing equipment you misplaced.

Here’s another tip: You should be able to pack and carry a bare-bones elk camp in one large, freighter-size backpack. But because I spend two weeks in camp, I’ve found it’s worth bringing enough “luxury” gear to be comfortable, so I bought two large “freighters” that remain packed with my elk-camp gear year-round. When I’m ready to head west each autumn, I drag out the packs and other gear, and conduct a refresher inventory be- fore packing the truck and hooking up the boat trailer.

After reaching our destination and beaching our boats at the trailhead each September, we carry almost everything up to our campsite in backpacks. What we can’t haul that way, we pack inside large duffle bags that we strap to our portable hand- cart. Carrying loose, individual items wastes time and energy. A small caution: If you are hunting a designated wilderness area, handcarts usually are not allowed.

Be A Fitness Fanatic
Before trying a do-it-yourself elk hunt, assess yourself. Are you in good shape? Are you a confident navigator? Are you comfortable in big country, night or day? No matter how much money you save on a DIY hunt, you’ll feel robbed if you never venture more than a few hundred yards from camp. Fitness for mountain hunts requires a year-round, lifestyle-based commitment. Crash diets and fanatical work- outs after July Fourth won’t cut it.

After all, you won’t have a horse to carry you back and forth to camp each day, and you won’t have a guide to keep you on the easiest and fastest routes and suggest where to hunt each day. When prospective clients have asked a guide-friend if he would guarantee at least one shot or good look at an elk, he replied, “If you’re not in good shape, I won’t even guarantee you a good time.”

Fortunately, fitness is attainable for nearly anyone, and we have better navigational and emergency-alert systems than ever. I store a personal locator beacon in my daypack, so if I can’t summon help with my smartphone, I can send an SOS via NOAA’s satellite system. Further, my iPhone delivers topo maps and aerial views that pinpoint my location whether I have telephone service or not. And if the iPhone poops out, I keep a small backup battery, as well as a GPS unit and compass, handy.

Final Notes Before Your Adventure Ultimately, I’ve had more fun on DIY elk hunts in the past decade than I usually had when booking drop-camps or guided hunts that often call for digging very deep into the household budget. There’s something fulfilling about putting yourself eye to eye with bugling bulls on public lands you choose yourself, scout and learn from scratch.

But unless you can commit to hunting that land for five or more autumns, don’t expect miracles. It’s big country, elk don’t pattern as consistently as deer, and you still must provide food, water and shelter for yourself each night and day you’re in the mountains.

If you can do those things, you won’t find a more satisfying, affordable way to hunt backcountry elk. 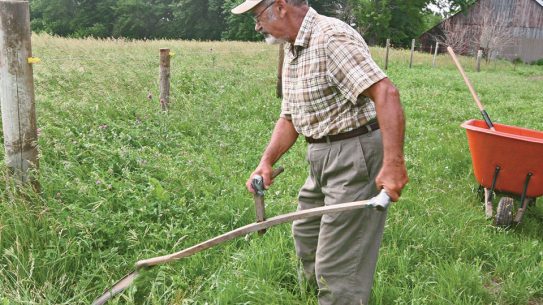 For backyard gardeners who can't hack the noise or gas prices, it might be...