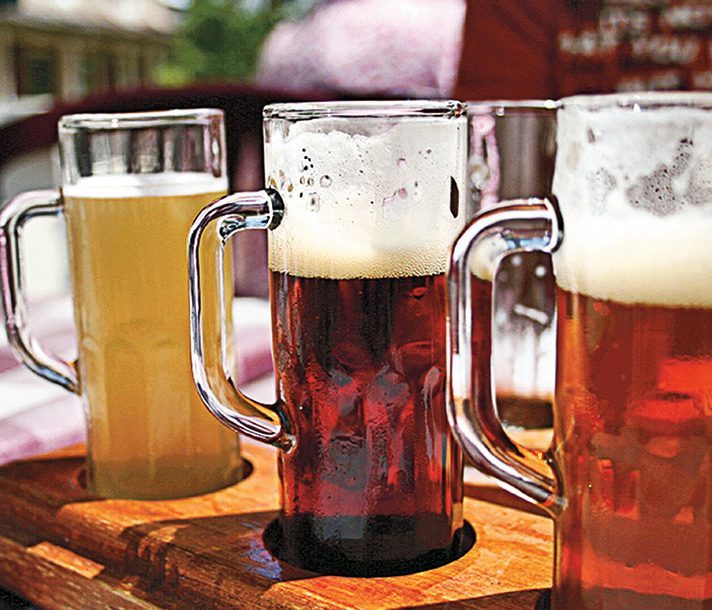 Beer is one of the oldest and most popular drinks in the world, as much for the ease with which it can be made as for its good taste. And with today’s inexpensive instruments for measuring both temperature and sugar concentration—the crucial factors in successful brewing—making home brew is more foolproof than ever. You will need the following equipment:

Tools Of The Trade
Bottles, caps, and capping machine. Beer is usually bottled in 12- or 16-ounce containers. You can buy new bottles or save empties, but do not use nonreturnable bottles—they are too fragile. Beermaking supply houses, some hardware stores, and several mail order houses sell caps and capping machines.

Brewing vessel. Use a 7- to 10-gallon food-grade polyethylene pail with a tight-fitting lid.

Fermentation lock. This device mounts on the lid and allows carbon dioxide to escape from the fermenting beer while keeping outside air from entering.

Saccharometer. This instrument measures the level of sugar concentration. It is available at stores selling winemaking or beermaking supplies.

Thermometer. Any immersible thermometer that is accurate in the 50°F to 230°F range will do. All items should be sterilized before use by soaking them for 10 minutes in a solution of 2 cups of chlorine bleach and 5 gallons of very hot water. Rinse everything thoroughly in more hot water after sterilizing.

Essential Ingredients
The essential ingredients for making beer are brewer’s yeast, sugar, water, malt, and hops. During fermentation the yeast consumes sugar and produces carbon dioxide and alcohol. Some sugar is naturally present in the malt, but more is generally added in the form of cane sugar or corn sugar. Good water is important in making beer, but almost any tap water will produce acceptable brew provided it is not heavily chlorinated and does not have a strong mineral taste.

Sweet-tasting malt (made from barley) and bitter tasting hops (the female flower of the hop vine) give beer its distinctive flavor. Both are available in premeasured packets at stores selling beermaking supplies; beginners should use the packets to avoid disappointment.

Making malt from barley corn is not difficult, however. The purpose of the process is to produce an enzyme, diastase, that converts the barley’s starch into sugar—the raw material of alcohol. 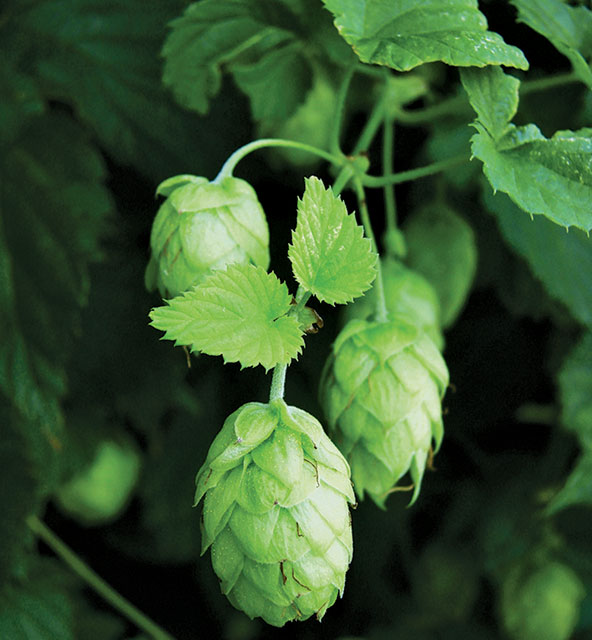 Malt Makin’ Basics
The first step in making malt is to let the grains of barley sprout. When the shoots are as long as the kernels, the growth must be stopped—without destroying the diastase—by heating the barley to a temperature above 185°F but never any higher than 230 °F. (The higher the temperature, the darker will be the beer.) Once malted, the barley must be soaked in water so that the diastase can convert more of the kernel’s stored starch into sugar. First crack the grain by grinding it very coarsely or rolling it with a rolling pin. Then put it into 150°F water and let it soak for about six hours. Strain the mixture through fine cheesecloth; the resulting liquid is the malt extract.

Hops cut the sweetness of the malt and also contain preservative oils. To bring out the oils, boil the hops in the malt for at least three hours. Because the prolonged boiling reduces flavor, many brewers reserve a small proportion of the hops until the last quarter hour of boiling. Proportions of water, malted grain, and hops vary according to recipe and personal taste, but an average formula is 2 bushels of malted grain and 2 quarts of dried hops to make 5 gallons of beer.

Steps To Better Brews
Step 1. Boil 2.5 gallons of water for five minutes and pour into polyethylene pail. Add 3 pounds of hop-flavored malt extract, 3 pounds of sugar, and 2.5 gallons of cold water. To test sugar content, pour some brew into a glass cylinder, let it cool to 70°F, and insert saccharometer. Twirl meter to release any air bubbles that are clinging to it, and let float. For beer that will have 6 percent alcohol, reading should be 12 percent. 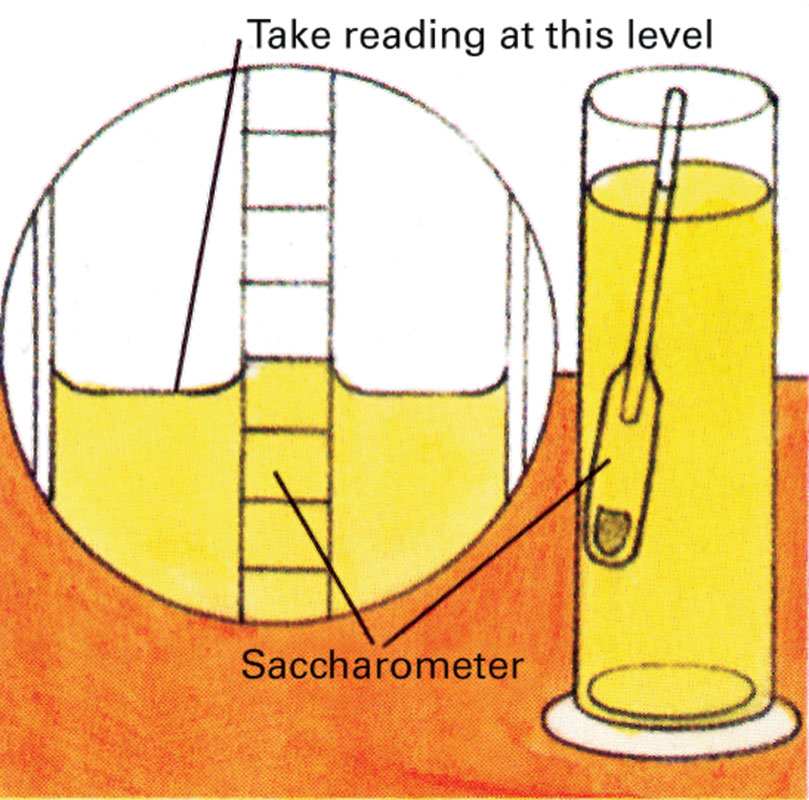 Step 2. Dissolve 1 tsp. tartaric acid in a small quantity of brew and add to pail. When the mixture has cooled to about 70°F, sprinkle a package of brewer’s yeast and a pack- age of yeast nutrient (special vitamins and proteins that encourage yeast growth) over the brew; let stand three hours, then stir thoroughly into mixture. (Note: Temperatures over 80°F will harm yeast and slow fermentation.) 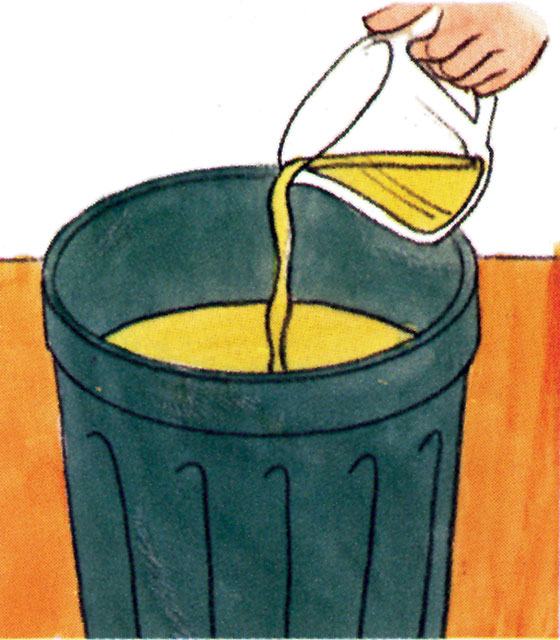 Step 3. Cover pail with tight-fitting lid that includes a fermentation lock on its top to allow carbon dioxide gas to escape. After about five days (when the fermentation slows and the sugar falls to about 5 percent) siphon brew into clean polyethylene pail or 5-gallon glass bottle. Siphon from the top of liquid, being careful not to disturb sediment at bottom of fermenting beer. Replace cover on pail. 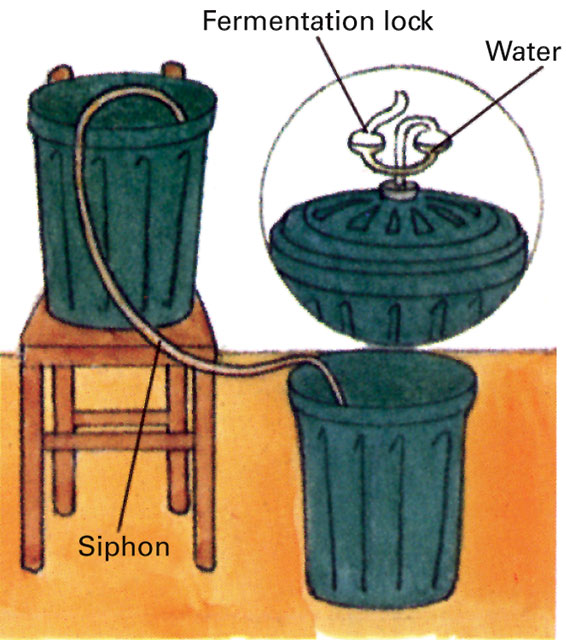 Step 4. Check sugar concentration daily. When it falls below 1 percent, fermentation is complete, and liquid should be siphoned into the bottles at once. (Fermentation time depends upon proportions of ingredients as well as holding temperature but is usually from three to six weeks—most recipes give an approxi- mate time.) Siphon carefully from top of pail; do not disturb sediment. 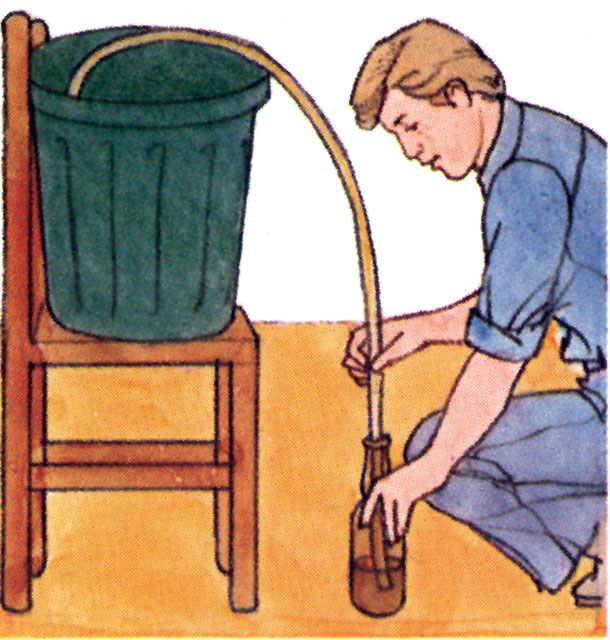 Step 5. Many recipes call for addition of small amounts of sugar (about 1 tsp. per quart) to each bottle to ensure enough fermentation to carbonate beer. To avoid adding too much sugar to any one bottle (it could cause the bottle to explode), dissolve the total amount in a small quantity of malt, then divide malt equally among the bottles. Cap bottles and store at least three weeks before drinking 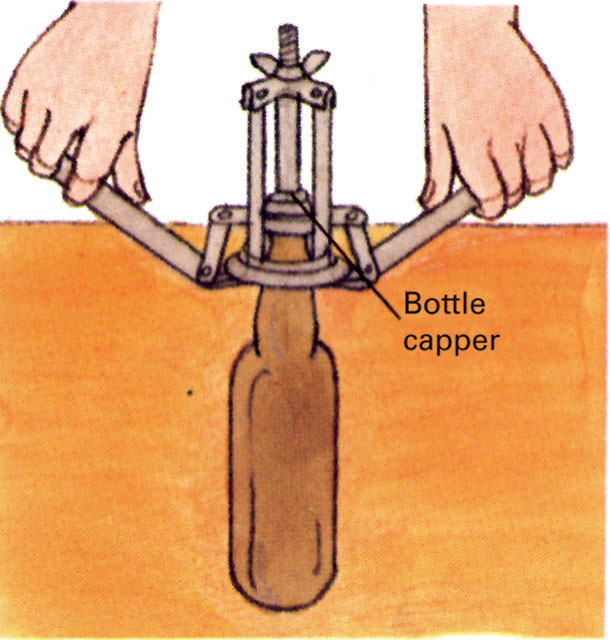 Beer and Ale Recipes
The procedure for making dark beer is identical to that for light beer just described, the only difference is that darker malt is used. For ale, follow the basic beer procedure, but use more sugar for a higher alcohol content and more hops for a stronger taste. Nowadays, most beer and ale is served cold and unmixed, but in times gone by beer was a basic ingredi- ent in many mixed drinks. These ranged from spiced summer-time coolers to such hearty winter concoctions as the spectacular Ale Flip or the more prosaic but no less pleasing Mulled Ale, Posset and Yard of Flannel.

Ale Flip
1 qt. beer or ale Sugar to taste 1/4 cup rum
Mix all ingredients in a stainless steel or other type of metal container. Heat a poker until red-hot, then insert it into the brew.
In the 18th century ale flips were so popular that a special tool, called a loggerhead or flip dog, was kept by the fire ready to be heated to make a tankard of ale steaming hot. Makes two to four servings.

Yard of Flannel
1/2 cup brown sugar 1/2 cup rum 3 eggs, beaten 4 cups beer or ale 1/2 tsp. nutmeg
Beat sugar into eggs, add nutmeg and rum, and heat over very low flame or in double boiler. Heat beer or ale just to boiling. Pour ale slowly, beating constantly, into egg mixture. The traditional way to make this drink frothy is to pour it back and forth between mugs. Makes 4 cups.

Editor’s note: “Home Brewing” was reprinted by permission of Skyhorse Publishing from the title Back To Basics: A Complete Guide To Traditional Skills, Third edition, edited by Abigail R. Gehring. Visit skyhorsepublishing.com for more info. 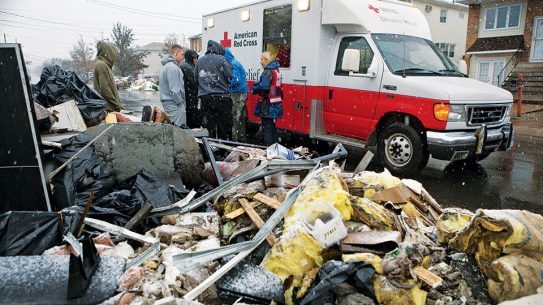 Be cool as ice the next time disaster strikes, Take cover with a Shelter-In-Place...