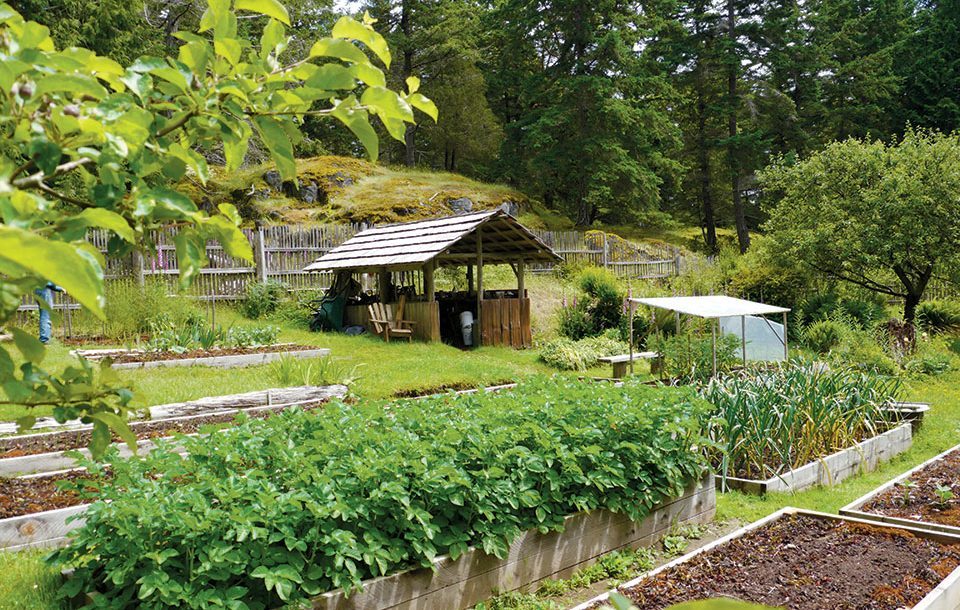 Classic homesteading of the stake-your-land-and-“prove-up” variety is no longer possible in the United States. Signed into law by Abraham Lincoln, the Homestead Act of 1862 required occupants to live on the land for at least five years and to make improvements before receiving a deed to the property. In 1979, a man who received 80 acres on the Stony River in southwestern Alaska filed the last claim under the famous legislation that helped settle the frontier. But if you’re feeling adventurous and want to take a chance on the pioneer lifestyle, there are still plenty of places in the U.S. to get free or very cheap rural land.

Numerous rural towns with dwindling populations in states in the Midwest and Great Plains offer free lots to anyone willing to move and build a house. So many small towns in Kansas offer free land in the state that there is a website (kansasfreeland.com) to organize all the offers. There are numerous towns in Nebraska offering similar deals, and Wyoming, North Dakota, Minnesota and Iowa all have rural communities giving away land to people willing to move and put down roots.

In some communities the offer is as simple as this: The homesteader agrees to build a house that meets some minimum requirements and, in return, gets the land for free. In other communities, the house has to be worth a certain value in order to qualify. Every deal is structured a little bit differently.

Smart Homesteading
Before you decide to take advantage of one of these offers, Greg Seaman, who has homesteaded since the early 1980s on a small island in the Pacific Northwest, recommends not focusing so much on the free land. Greg writes about sustainable homesteading as editor of the website eartheasy.com. “First, choose the ideal location for where you would like to live, without regard for how you could afford it,” Greg said. “Then go there, meet people, volunteer, circulate, let them know you want to live there. Something will come up—a caretaker position, a co-op situation, a person who wants to share the tax burden by letting you settle on a section of land, and so forth. I have seen this work many times.”

Many of the communities offering free land haven’t gotten the robust response they’d hoped, in part because their populations are dwindling for a reason: a lack of jobs, isolated locations or rough weather. In 2009, the city of Anderson, Alaska, reported that 18 of the 29 lots it gave away were in foreclosure because the families never built the minimum 1,000-square-foot houses they were supposed to in order to claim the property.

The families lost their nonrefundable $500 deposits because, as it turns out, moving to rural Alaska is easier said than done. In 2010, the only family who had taken up remote Hazelton, North Dakota, on its offer of free land decided to move back to the warmer environs of their native Florida. But, on the other hand, the free land program of Marquette, Kansas, has been a success, steadily growing the charming farming community’s population.

Self-Sufficient Living
The point is, Greg said, first figure out if the places offering free land are where you want to live. If they aren’t, get creative. “Lack of money is not a roadblock in finding a living situation if you are flexible, have a little imagination and persist in your goal.” In Greg’s own case, he found his land by word of mouth. “The land was part of a co-op that I hoped to be able to join—this made it very low cost.” He shared ownership of the island’s land with his neighbors, which he admits has its downsides. “Homes built on co-ops do not build equity the way homes on private lots do,” he wrote on his website. “It is not easy to sell a home on co-op land, since the buyer needs to be accepted by the other group members. You won’t be able to take out a home equity loan.”

But, he said, that is fine with him. He has no intention of ever selling his home. He loves where he lives, and he never has to worry about paying a mortgage or being underwater on his house.

For Greg, homesteading isn’t necessarily about finding free land. “I define homesteading as self-sufficient living, where we try to build our own homes, grow our food, provide our own energy and educate our children,” he said. When his family moved to the island, there was no electricity, services or even a road to their home.

Do Your Research
Today, he said, moving to an isolated area is easier because there is likely more infrastructure than what his family encountered when they first began homesteading. If the cost of land is low (or free) and it can provide you with many of your needs, then you don’t need to make much money, especially if you’re debt free. But he said you should still think about how you’ll make income before moving.

“Although the cost of living is way lower living off-grid in a rural location, there is still a need for income, however minimal,” he said. “Prospective homesteaders should think about how they will be able to meet these costs. Do you have a trade or skill that is useful in a rural community, some savings you can draw from for the first year or two, or an idea for a craft or business that might bring in a few dollars?”

This, he said, is often the biggest concern facing anyone considering a homesteader’s life. It was his, too. “I had dropped out of my career path to live off-grid. So if I could not handle it I could always rejoin town living, but at a loss in income and career status. It was definitely a risk.”

If possible, he recommends visiting for an extended period of time the place you want to move. “We have sometimes recommended to people who want to live in our community to come and rent a place for a year, or at least through winter,” Greg said. “Then you know better what to expect and can make a more informed decision. Plus, during this time you can fish around for the ideal opportunity for a permanent living situation.”

After you’ve done the research, you can venture into the great wide open more prepared and with a greater chance of being successful.

FANTASY ISLAND BECOMES REALITY
Having to rely on his own resources has given Greg Seaman a greater sense of security than he had living in Boston. Seaman was 30 when he, his wife and his infant son gave up their lives in the city to move to a small island and homestead. The change in lifestyle was extreme, from the amenities of Boston to an off-the-grid existence.

Before leaving Boston, Greg was working for the Massachusetts Department of Mental Health. He had known for years, however, that the life of an urban professional wasn’t for him. “Modern life and its expectations were stressful. I always loved the woods and fantasized about living in nature but couldn’t see how to pull it off. Then I read Vena Angier’s book At Home in the Woods and became inspired. ”

FROM FANTASY TO REALITY: Although he’d known for a long time that he wanted to abandon the city for a more re- mote and rustic existence, he knew he had to find a spouse first. After all, when you’re living in the middle of nowhere, the dating scene is limited. Then he met Lindsay. 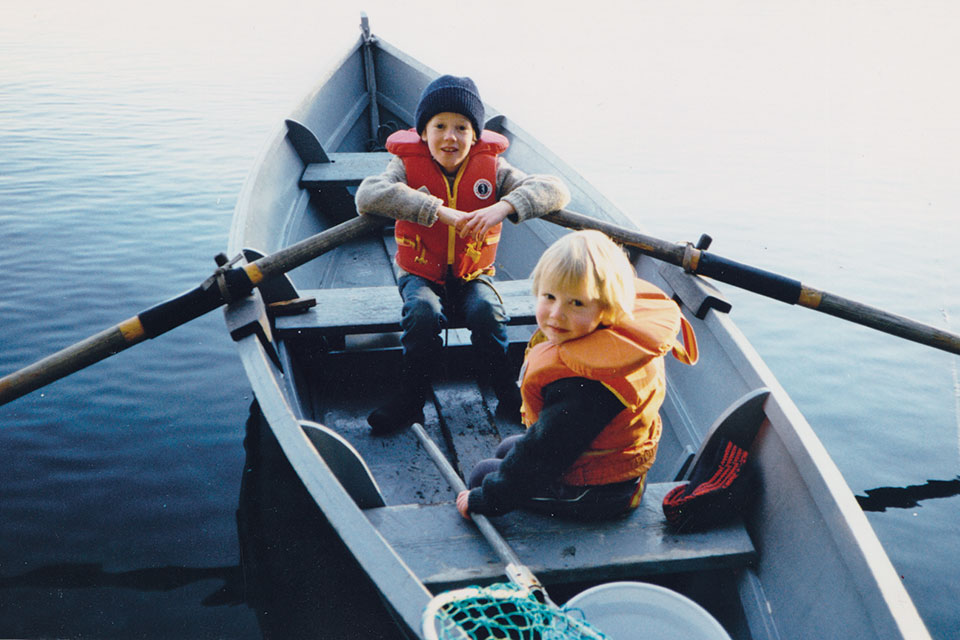 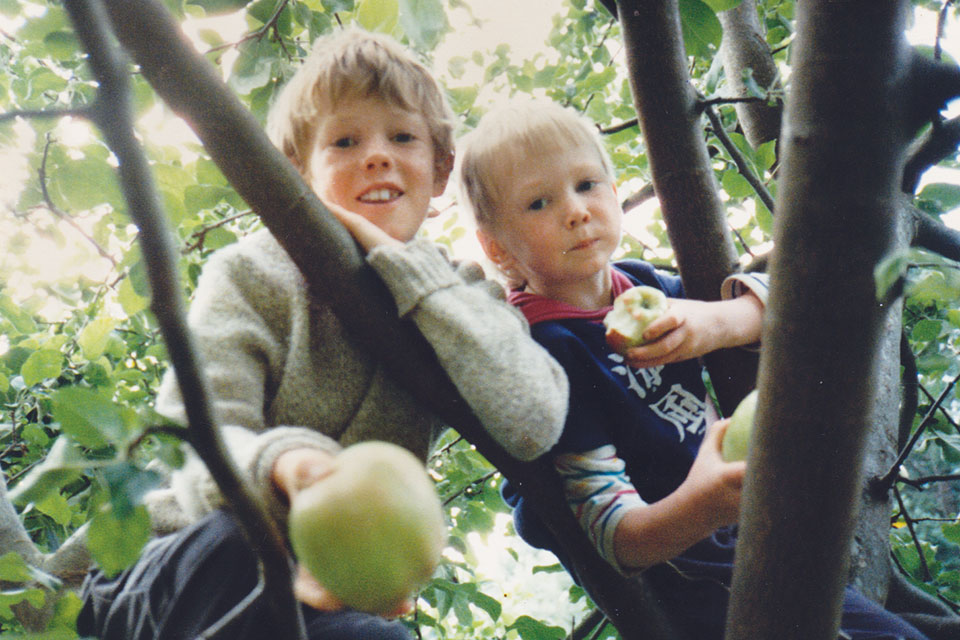 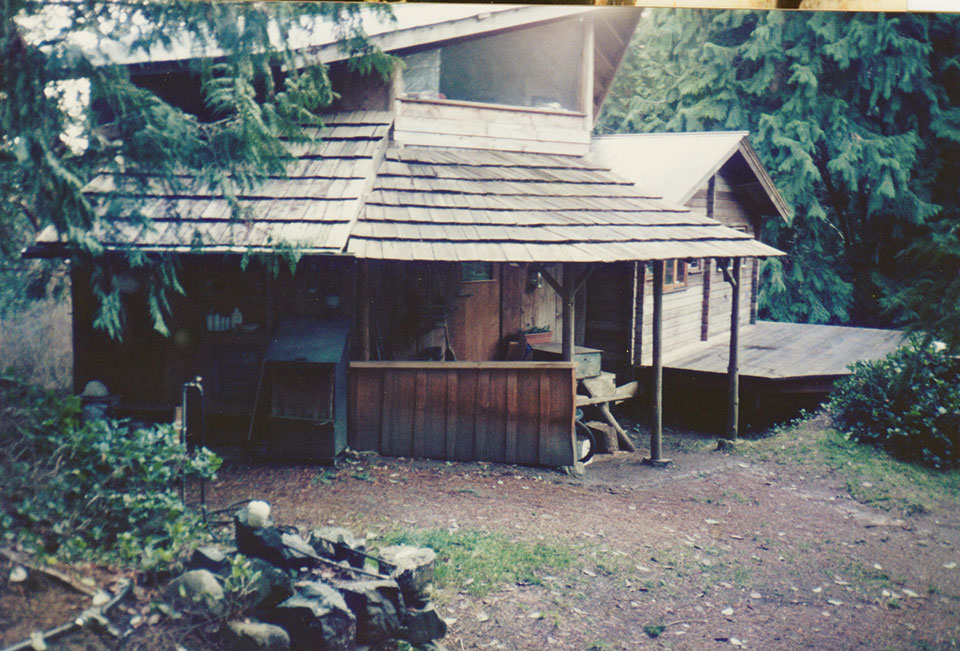 “It took some time to find a partner who shared the dream and would put up with the difficulties,” Greg said. “We had a quickie wedding in Reno, she became pregnant and when Aran was three months old we made the move to our off- grid home. I knew all along this lifestyle would be ideal for the child. Kids love to explore nature and spend lots of time with their parents.”

Writing on his homesteading and sustainable living website, eartheasy.com, Greg described life on the island as “a little like Swiss Family Robinson.”

“With no electricity, services or even a road to our home,” he wrote, “we learned to embrace the dictums of a rural lifestyle: Look to yourself for solutions, and be happy with what you have. We grew our own produce in our beautiful organic garden and orchard; we fished, gathered clams and oysters, raised chickens and traded with neighbors for extras. Our home was built by hand, using old-fashioned hand tools and recycled materials from stately old homes being demolished in Victoria to make way for condominiums.”

NO REGRETS: Greg said he has never regretted the move. “I feel secure when left to my own resources. We were never going to go hungry. I can always fish or hunt and grow food. On the other hand, my previous life in town felt less secure, being dependent on a job. If ever the job failed, the mortgage or rent kept coming.”

His only big concern in those early years was making money. “We didn’t need a lot, but still needed a steady drip of some dollars,” Greg said. “I did crafts (for pennies), odd jobs like fencing and carpentry, then joined with friends to create a business making gift/souvenir products using forest waste materials. This worked for about 18 years. We did not make much money, but it was enough to get by. Eventually, the business melted down, which led to my creating eartheasy.com.”

Greg and Lindsay raised two sons on the island. “Over the years Aran and Ben grew and thrived in a close family environment,” Greg wrote on eartheasy.com. “With little access to TV, our entertainment became our own creation—music, art, homemade games and family horse- play filled our evenings.”

Not that life was always easy, Greg said. The children could get lonely at times, they were far away from medical care, and there was a lot of necessary, unrewarding work to make their kind of life possible. But he said it has been worth it.

“My favorite thing is the excitement of being able to create my own reality (within limits of course),” Greg said. “To be able to design my own structures, build them myself, scrounge for materials—it’s all an interesting and satisfying challenge.”

Life on the island, he said, has inspired eartheasy.com, which both his sons and his wife help run and maintain. “My goal was to help show people some of the benefits of our simpler lifestyles that might have application to mainstream lifestyles,” Greg said. “I don’t expect people to move off-grid, but I hope that some aspects of our life experience can be of benefit to others.” 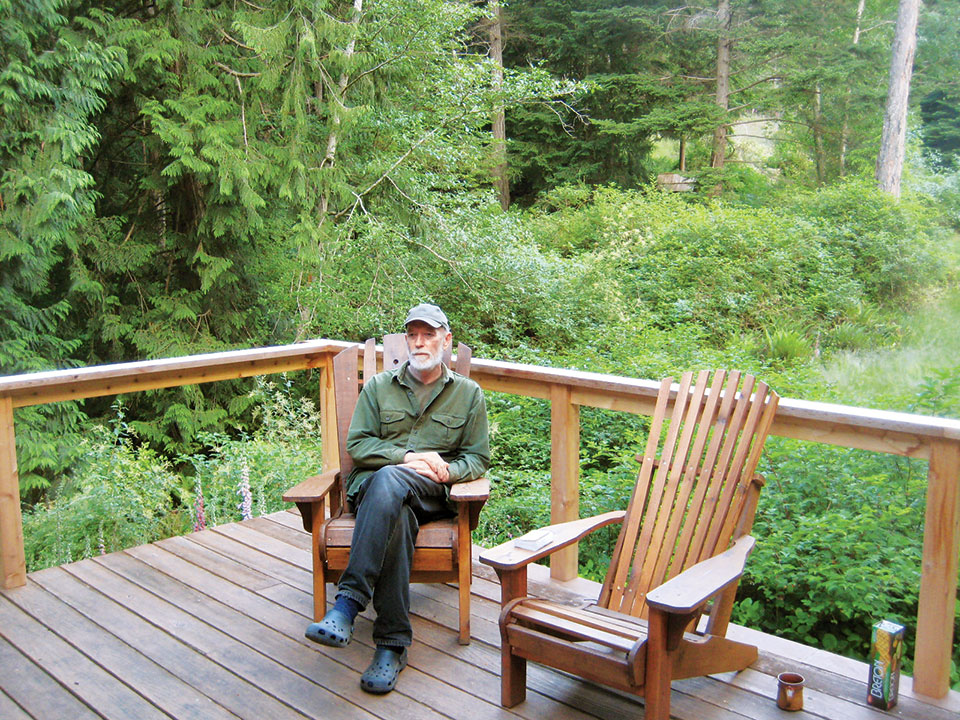 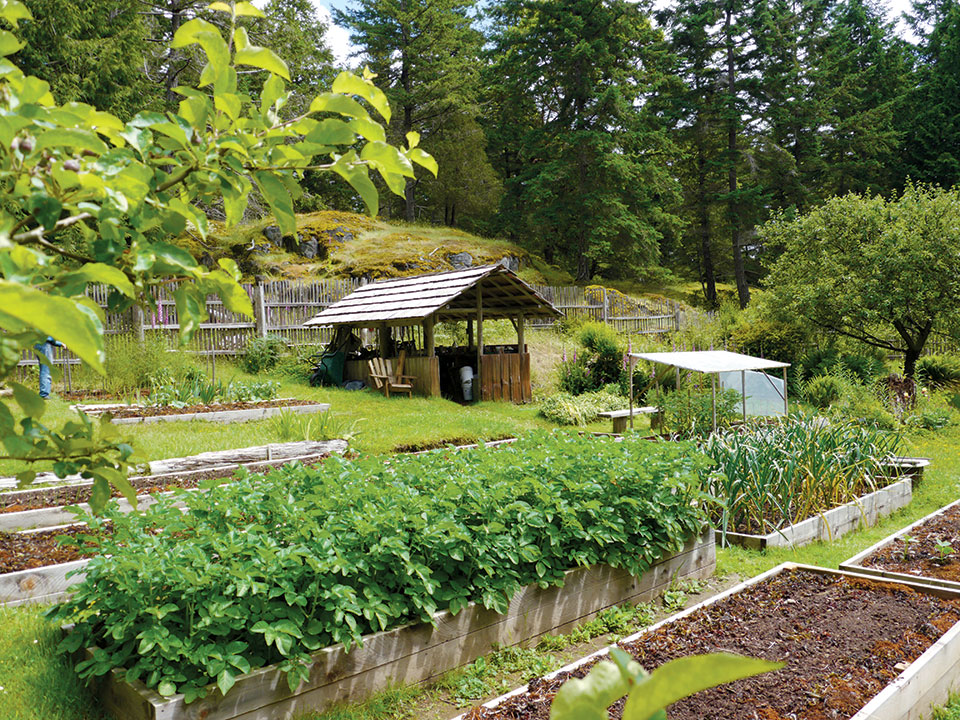 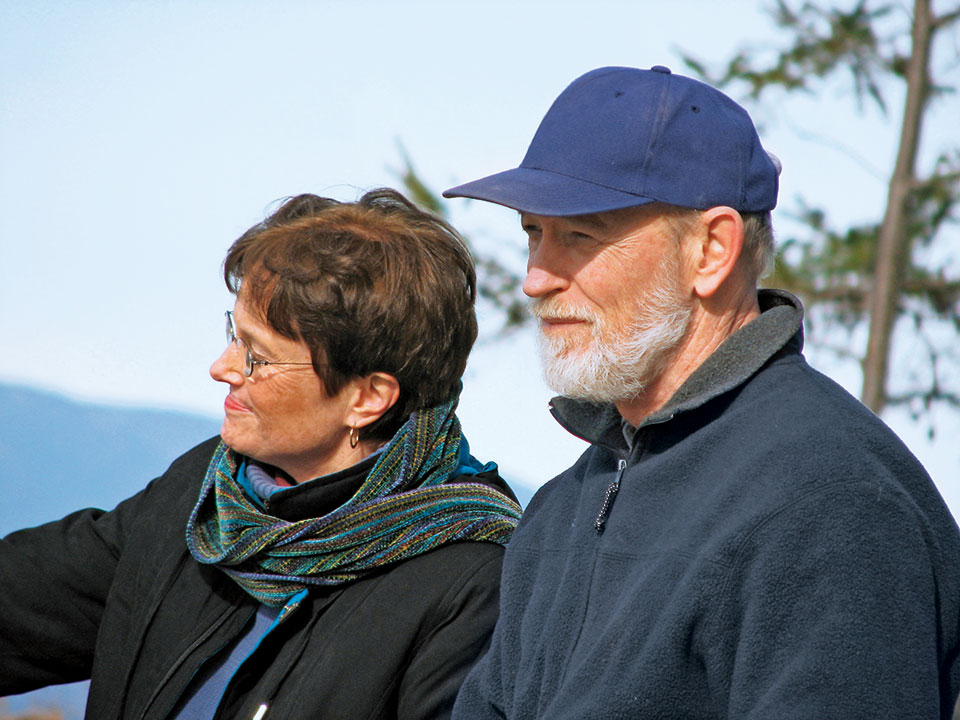 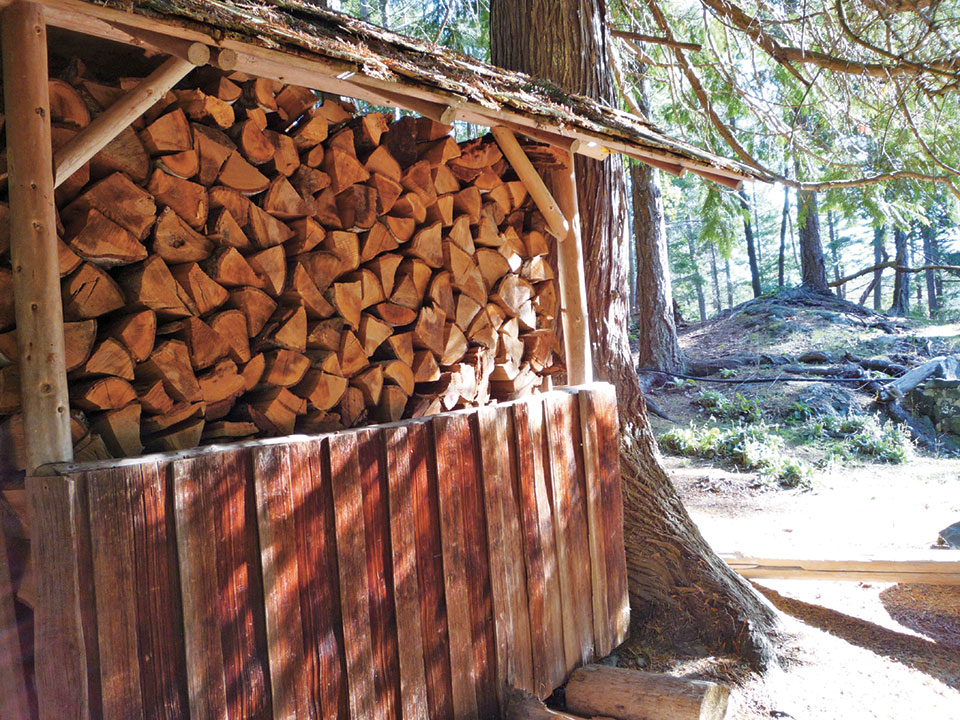 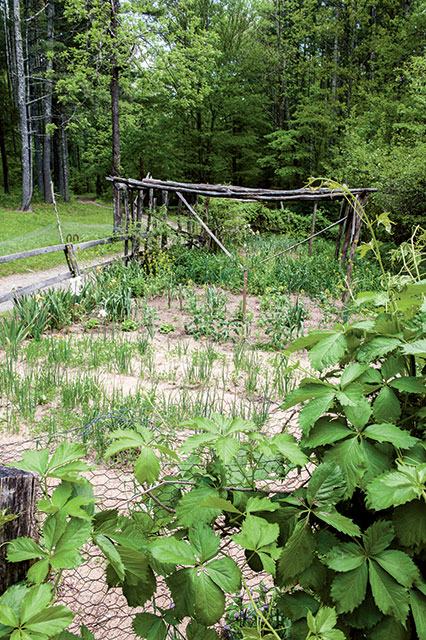 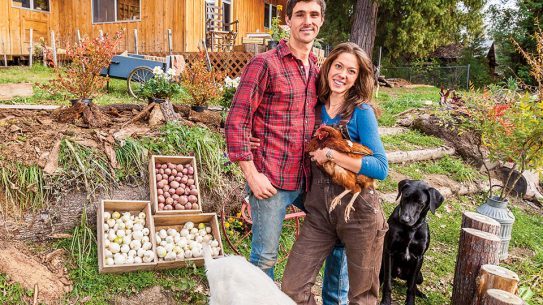 Get inspired by Oregon's 20-somethings Arianna and Tucker Pyne as they live and learn...

Why a Former Employee Testified Against the ATF in a...