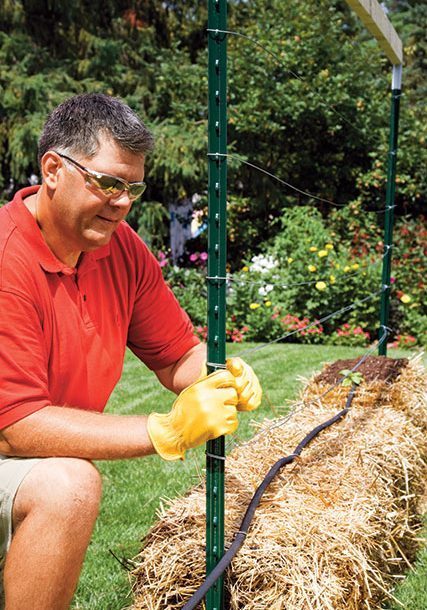 Bale Characteristics: Bigger is better. Karsten suggests using the largest bales you can find for the money, those that are heavy and tightly secured to promote better decomposition from inside the bale. “Loosey goosey’’ bales will fall apart and won’t last two growing seasons. Typical straw bales are 3 to 4 feet long and about 15 by 20 inches high and wide.

No Hay: Straw is yellow and lighter and consists of tubes of oats, wheat or barley stalks stripped of seeds. Hay is green alfalfa grass, without the same tubular structure. It contains seeds that will sprout and cause problems for your garden, as well as attract mice.

Finding Bales: The classified-ad website Craigslist.org has a “farm+garden” listing section in every region of the country. There, farmers often will list straw bales for sale, particularly in the fall and spring. Prices will vary by region, but a recent search of the Midwest found straw bales for $2 to $5 in any quantity. Karsten has launched a “Straw Bale Gardens Market” page on his website, where buyers and sellers can post listings and find each other.

Bale Setups: Karsten recommends placing the bales end to end, cut side up, with T-posts driven at either end of the rows to hold them in place. Drive a post in every three to five bales, then run wire across the posts to create a trellis for vining or climbing plants, such as tomatoes, cucumbers or pole beans. Use stakes as needed to support the sides of the bales. Leave a few feet of space between bale rows so you have room to get to the plants.

Prep The Bales: You’ll see a variety of bale conditioning routines outlined at different websites. Karsten’s step-by-step instructions are in his book, but the process involves introducing about 2.5 cups of 20 percent nitrogen fertilizer to each bale before planting. Washington State University recommends watering the bales thoroughly for three days, then sprinkling 1 cup of ammonium sulfate (21-0-0) or a half-cup of urea (46-0-0) over each bale and watering well for three days. (You can, of course, use organic fertilizers.) Over the next three days, cut the fertilization amounts in half, then water and wait for the bale temperature to cool before planting.

Spacing Specs: You have limited planting surface on top of a straw bale. According to Washington State University, a standard bale will hold two to three tomato or zucchini plants, four to six cucumbers, four peppers, two pumpkins, two to four squash, and lettuce or beans spaced per the package’s directions. You can expand planting by using the sides of the bales as well, so vining plants meander out between the rows.

Two And Done: Many times straw bales can be used for two years. Their growing power is greater in the first year with accelerated decomposition, but as long as the strings hold the bale shape, you’ll be able to use them again. After two years, you can toss the straw on your compost pile or till it into the garden to amend your soil further, and start over with new bales. 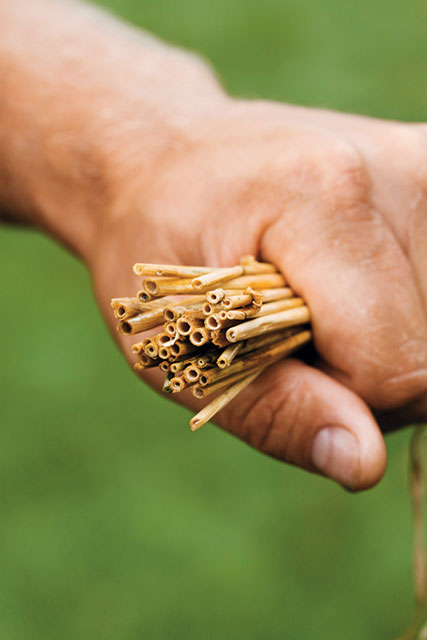 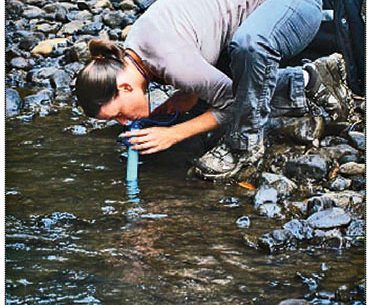 As long as you have a LifeStraw tucked away in your pack, and a...