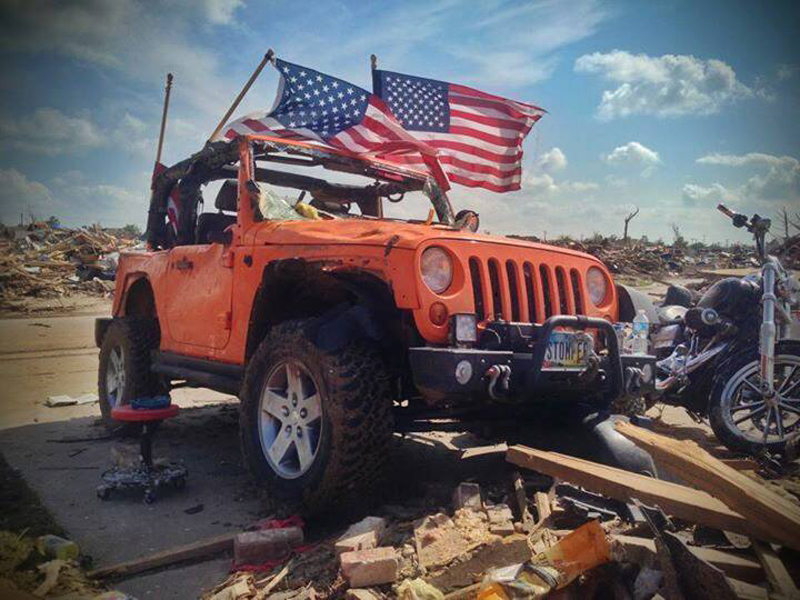 Photo by Facebook
A tornado survivor rebuilds his prized Jeep, Stomper, in the aftermath of the devastating tornadoes on May 20, 2013, in Moore, Oklahoma.
Comment(s)

See videos of the ‘Stomper’ jeep rebuild below!

Tornadoes and other natural disasters throughout U.S. history have brought communities together in unpredictable and inspiring ways. The nationwide Jeep community, known for its rough-and-tumble sense of camaraderie and love of overcoming any manner of obstacles that may lie in their path, found such a cause for rallying on May 20th, 2013. On that day a massively destructive EF5 tornado touched down and carved a mile-wide, 17-mile-long trail of destruction through the town of Moore, Oklahoma. With turbulent winds reaching 210 mph, the devastating force of nature devoured and spat out everything in its path. Approximately 45 minutes after touch-down, the damage incurred by the storm system had claimed 24 lives while injuring and displacing hundreds of others. To say that this meant tough times for many families in the area would be an understatement.

Hours before the massive storm system formed, Jeep enthusiast Bryan Hutton was enjoying spending some time working in the garage of his parents home in Moore. With his wife Brenda deployed in Afghanistan, Bryan had decided to take a weekend road trip with his two-year-old son, Ricky, to visit his hometown and spend Mother’s Day with his parents. He had just finished refitting the interior bed liner of his family’s beloved, bright orange 2012 Jeep Rubicon, dubbed “Stomper” (after the ‘80s toy series), in preparation for their return trip to Ohio when the weather began to turn for the worse.

Keeping a weary eye on the darkening sky overhead, and fearing potential hail damage, Bryan had the foresight to pull the Jeep into the garage to protect it—just in case. It was around that time that the tornado sirens began to sound in the distance.

During the storm, Stomper suffered significant damage. But what transpired in the following 48 hours, and the years since, has served as an inspiration to the community of Moore and for survivors everywhere who embrace the motto: “When the going gets tough, the tough (Jeeps) keep going!”

To read more about Stomper’s rebuild, check out an upcoming issue of SURVIVOR’S EDGE. To subscribe, go to https://www.realworldsurvivor.com/subscribe 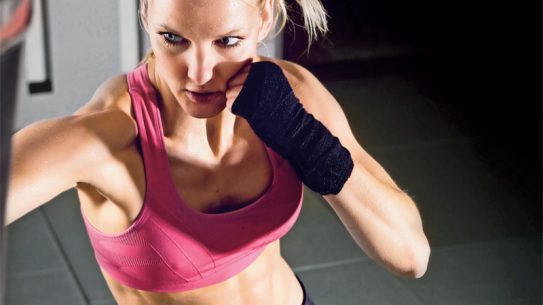 These self-defense counterstrikes are easy to learn and will help you escape a serious...