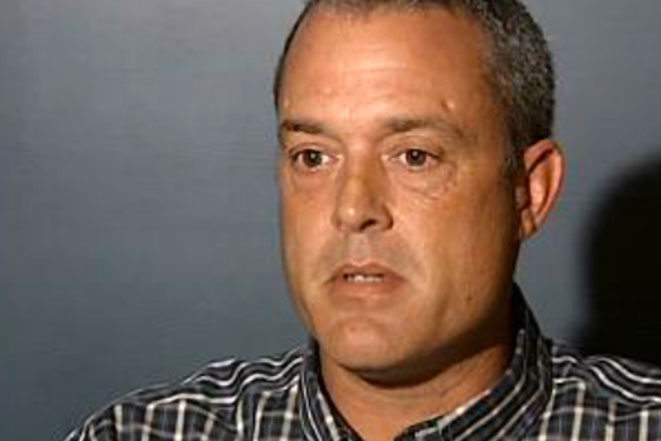 After the frantic calls of a vehicle having landed in the Atchafalaya Basin on Friday night, first responders were en route within minutes, but with a 2002 Dodge Durango with seven people inside submerged in water, every second counted.

With a full moon out on Friday the 13th, three people decided to take their new boat for a test run in the Atchafalaya Basin.

“We had every intention of trailing that boat before the sun went down,” said Scott Quinlain. “That’s why we were on the way back.”

Quinlain, his girlfriend, Diana LaFleur, and her best friend, Cindy Ward, were on their way back to the Ramah Boat Landing when they suddenly spotted something unusual.

“Just out of the corner of my eyes, I saw two headlights underwater,” said Ward. “It had just happened. There was smoke coming off the engine.”

An SUV had just fallen off the Atchafalaya Basin Bridge, landing upside down in the water.

“I believe it was the mother screaming in the car and some other screams, so I immediately took my shirt off and jumped in the water,” Quinlain explained.

With the boat about 20 feet away from the submerged SUV, Quinlain swam to the passenger side, but could not get in. He then tried the driver’s side, but it was against a concrete barrier. He was finally able to get in through the back driver’s side window. He grabbed a 9-year-old boy and rushed him back to the boat.

“I grabbed one of my knives because I knew I was going to need it to cut the seatbelts,” said Quinlain.

However, he did not realize how many seatbelts he would need to cut until the 9-year-old told the two women on the boat.

“He said, ‘My momma, my momma,’ and he was screaming and crying and said, ‘There’s four more and my sister is in there with a cast’,” said LaFleur.

Seven people were inside the vehicle. Quinlain said he could not see anything in the murky water. Instead, he had to feel for people and seatbelts. He made two more trips back to the boat, carrying two more children to safety. On his fourth trip back to the SUV, the mother handed him her five-week-old infant.

After getting the mother, Lois Rudd, 24, of Florida, to safety, he tried going back. But by this time, his body was slowly starting to give up on him and every minute seemed like an hour.

The group of three boaters said being seconds away was no coincidence. Instead, all day, the trio was running behind on everything, which in turn pushed the boat ride to later than the three wanted to go out. But now, they realize why.

“We were put there for a reason and it was to rescue those babies,” said Ward.

“God put us there for a reason. I had a bad car accident myself where I broke my neck and I had a halo and maybe he kept me around for this reason, who knows,” said Quinlain.

For a mother and her five children, Quinlain was sent from above with a purpose.

“The mother is very welcome. I’m glad that I was there,” said Quinlain.

Even though he refuses to accept the word “hero” for his selfless, giving actions, he is just that for the others who watched him that night.

“The way he didn’t think twice. He jumped in that water and carried those children, those babies, back and forth, back and forth. He will always be a hero to me, always,” Ward added.

Many feel he is a hero because he arrived as their lifeline when time was of the essence and when every second meant life or death.

“I don’t know if you know what it’s like trying to walk through mud and water up to your chest, particularly when I was in the car, because I was going underwater and my legs were coming out from underneath me and I did go down once with the infant, but I held the infant above the water,” said Quinlain.

An ambulance with two paramedics inside happened to be driving on the bridge at the time of the accident. Both repelled down into the water and took over saving a fifth child. That child had stopped breathing, but the medic miraculously brought her back. The only person who did not survive the crash was the mother’s best friend, Mina Bell, 25. The SUV was submerged on her side the entire time. 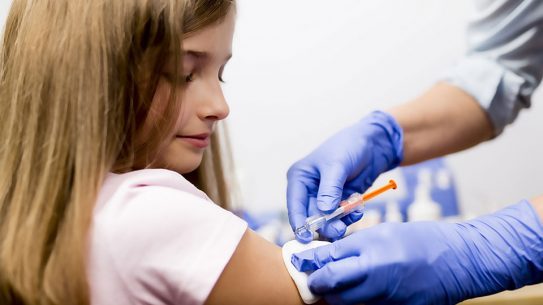 The dangers of vaccine avoidance.