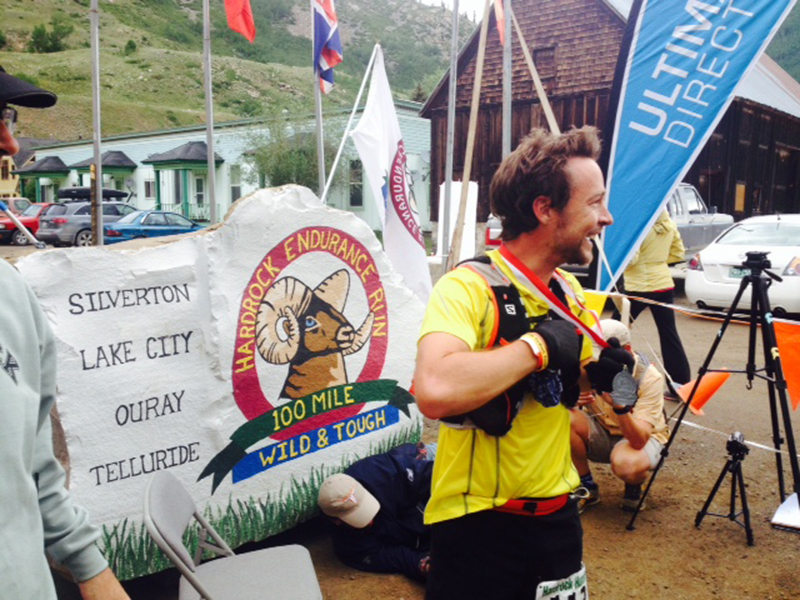 The 100-mile long Hardrock endurance race is considered one of the toughest in North America due to the combination of its ultramarathon length and the grueling elements that surround it.

The race takes place in Southern Colorado’s San Juan Range, with peaks that go beyond 14,000 feet.

The 14,058-foot Handies Peak is the range’s highest point — and that’s where Canadian runner Adam Campbell and his pacer, Aaron Heidt, were when a lightning storm hit, according to Running.Competitor.com.

Campbell told multiple reporters that after watching lightning strike the summit, the duo thought they had enough time to make it across without being hit. However, after just a few paces, Campbell and Heidt were struck with lightning.

Campbell and Heidt said they immediately hit the ground when the lightning struck, screamed a few profanities, realized they were OK and ran as fast as they could off the peak. Campbell said the lightning blast fried his headlamp. Heidt said he felt a twinge of electricity hit the back of his head, but otherwise they two survived unscathed.

Traveling at night, Campbell was using the Petzl NAO headlamp, which may have absorbed some of the shock of the lightning, potentially saving his life.

Not only did the two walk away from the mountain without any injuries, but Campbell managed to finish in third place 44 miles later.

“Wow, that was a hard race,” he told Running.Competitor.com. “That course is legit—even without the lightning.”


Stay in the know with the Real World Survivor newsletter