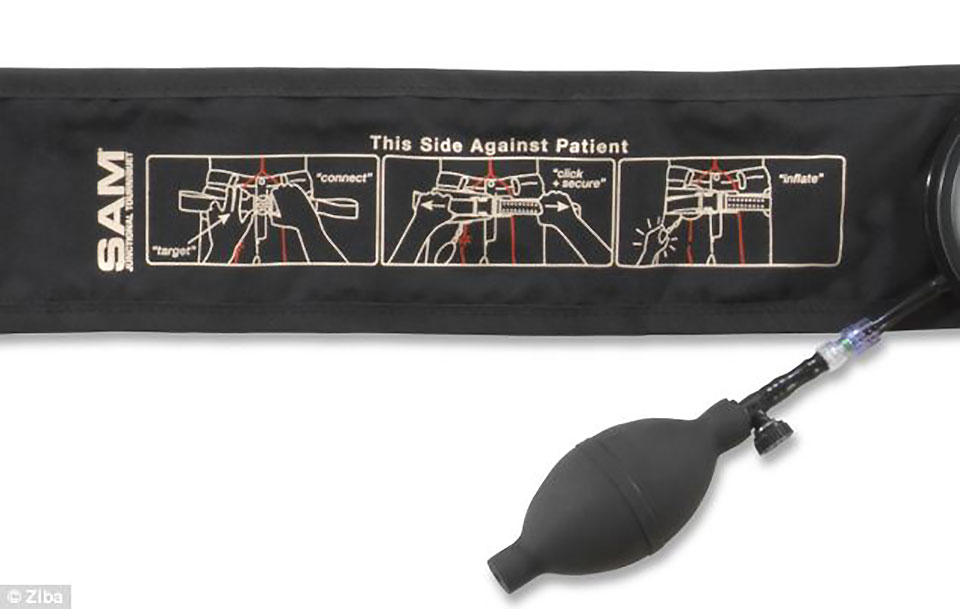 Caught in a deadly firefight, a combat doctor stumbles towards a wounded soldier soaked in blood.

With only a charred metal panel as his operating table, the medic knows he has 90 seconds to stop the bleeding before the soldier dies.

With this in mind, a veteran combat surgeon has developed the first inflatable tourniquet that controls circulation and stems blood loss at the waist, caused by bomb blasts and other injuries – and it can be deployed in just 25 seconds.

RELATED STORY: Critical Self Care Skills And Gear To Stop The Bleeding

Tourniquets are medical devices used for the temporary control of circulation, and on the battlefield, are vital to preventing blood loss.

But this particular tourniquet is different. It is the first field dressing that can be used at the waist to stabilise the pelvis and stop bleeding.

“Research continues to show that high-on-the-thigh and groin-level injuries sustained in these blasts are the leading preventable cause of death in U.S, combat situations,” Ziba wrote on its website.

“The only field treatment previously available was a rigid armature-and-clamp contraption which was slow, clumsy and lacked the benefit of pelvic stabilization.”

Dr Scheinberg gave Ziba complete design freedom with his only caveat being that it should be “brain dead and bomb proof.”

According to Wired, Ziba designers got rid of their sketchpads and instead opted to create a prototype by crawling on the floor of their studio and dodging imaginary mortar shells.

What they came up with was something known as the “Sam Junctional Tourniquet,” which weighs around a pound (0.45kg) and can be deployed in under 25 seconds.

It takes only few steps to apply; the device is placed at or near the injury site, strapped on and pumped up until the bleeding stops.

The nylon surface of the strap hides pneumatic air balls that are inflated to stop bleeding. A shut off valve is included to prevent medics from over-inflating the device.

A buckle provides clear visual and sound cues to make sure the the medic knows when it is properly set.

Over 1,200 systems have now been shipped to active battle zones and just a month after it was sent into the field, this new version of a tourniquet saved a life in Afghanistan. 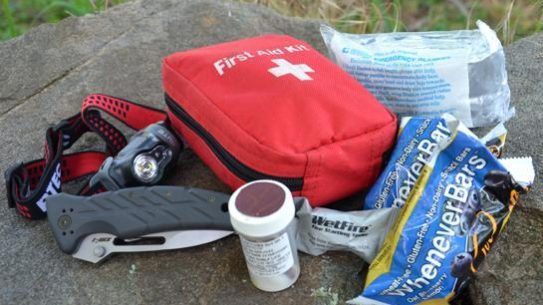 The Ten Essentials, Then and Now