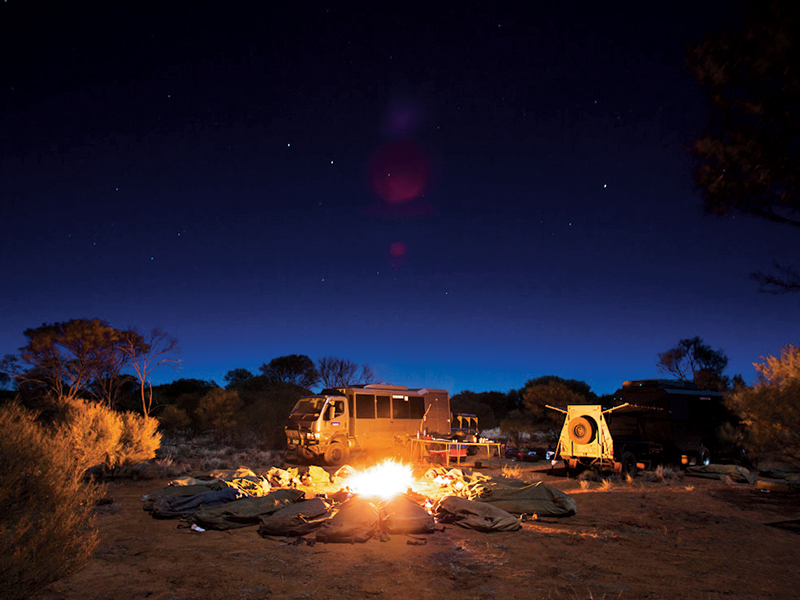 1 of 5
Perimeter Protection: Safety Away From Home
Any campsite is easy enough to protect with the right homemade alarms. 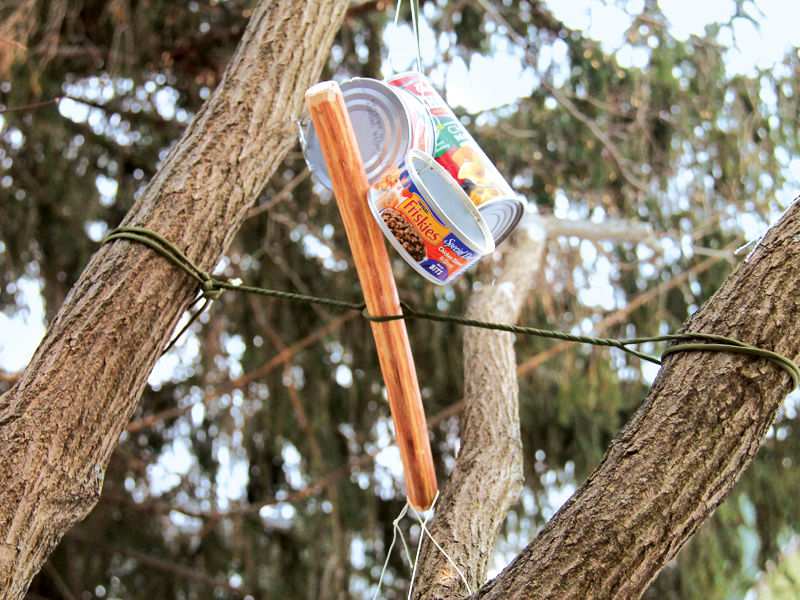 2 of 5
Perimeter Protection: Safety Away From Home
A turnbuckle rattler is easily made with minimal resources. The example shown uses a simple loop that slips off the end and sets off the spinning motion. 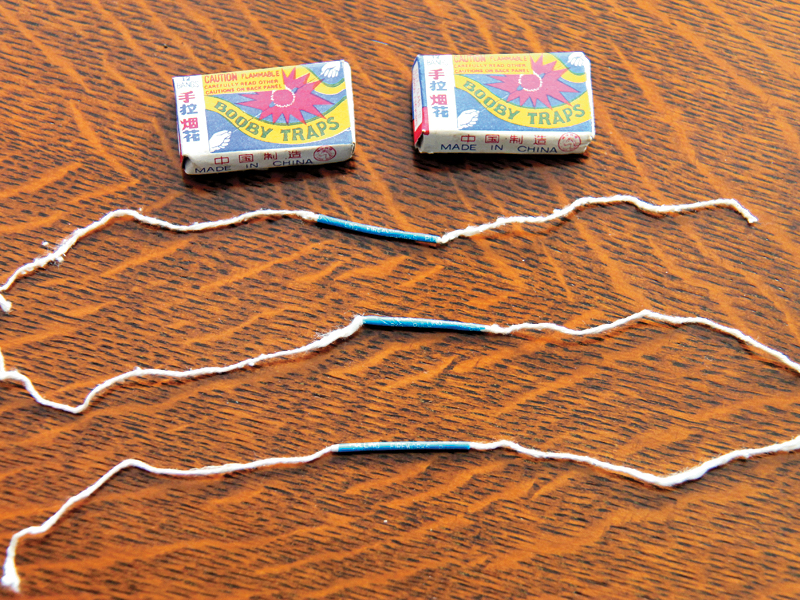 3 of 5
Perimeter Protection: Safety Away From Home
These parade fireworks are easy enough for a kid to use, and even easier for an adult looking to alarm their camp with noise-making devices. 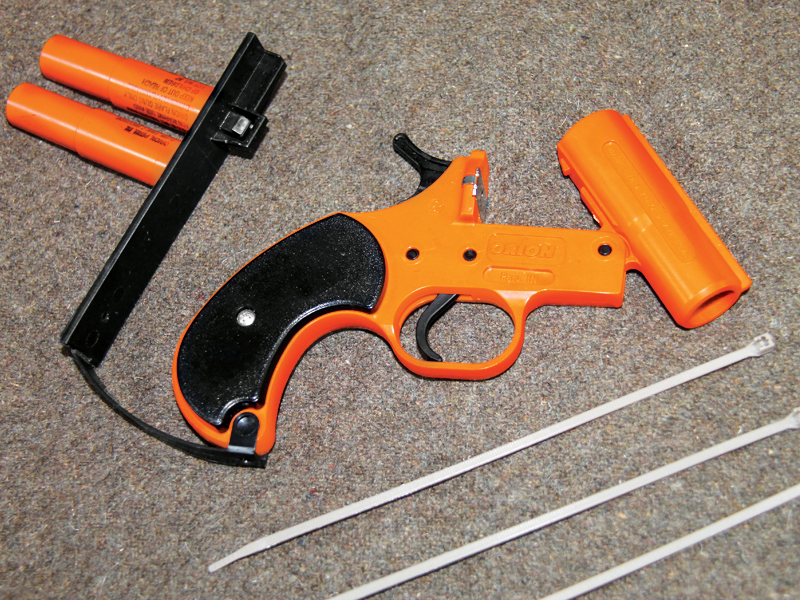 4 of 5
Perimeter Protection: Safety Away From Home
Twelve-gauge flare pistols are lightweight and extremely easy to set up to light up the sky if an unwanted visitor enters your camp. Zip ties also help facilitate this. 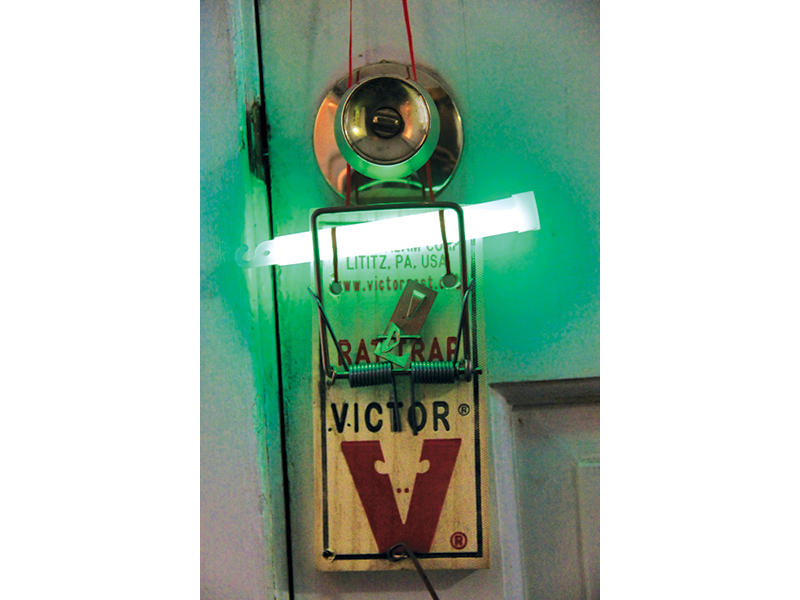 5 of 5
Perimeter Protection: Safety Away From Home
Rat traps are easily converted to chem-light alarm systems. They serve double duty in your pack as highly effective small game traps, too. 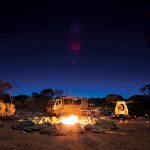 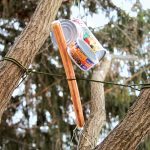 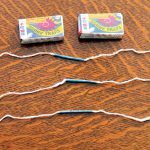 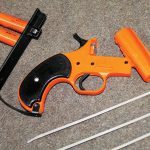 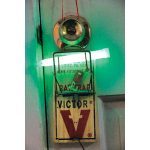 Real threats are all around us. We buy dead-bolt locks, install security cameras, implement neighborhood watches, practice martial arts and develop plans for “stranger danger” with our kids. While it is easy to secure the house or home with any of the aforementioned means and methods, in our travels and recreation we must apply the same emphasis on precaution even if we don’t have the comfort of familiar walls around us. With the understanding and application of basic principles, you can create alarm systems to alert yourself to potential threats and unwanted trespassers. Early alert of a threat can translate into a more effective threat response and safety away from home.

Response time is calculated by reaction time plus movement time. In other words, your response time is determined by the time it takes to notice an “alarm” going off to the time to you are able to take action to address whatever triggered it. In general, you want to heighten your awareness of threats and be ready to act quickly.

Reactionary gap refers to the distance between you and a threat where the threat has the potential to inflict harm and before you are able to neutralize that threat effectively. Consider the danger of a foot race between you and a hungry lion to a point of safety. If you only have a 10-foot head start to run 50 feet, you’re going to lose. Now imagine having a 49-foot head start to the same point and the story ends differently. Creating perimeter alarms involves earning time and utilizing distance to your advantage, thus increasing your reactionary gap. With a sufficient reactionary gap and a quicker response time, you are afforded a great advantage against a possible threat.

Another staging aspect to consider is who will be alerted to the disturbance of an alarm. Is it solely the person who set it? Or is it both the person who set it and the person/animal that triggered it? If you create a noise-emitting device, chances are both parties will hear it. Depending on your situation, you may not want someone else to know they gained entry to your camp. With enough wire, you can stretch the distance from the trigger to the alarm system, preventing the intruder from knowing you’re aware of their presence. The startling nature of an alarm going off can send the intruder fleeing, but it also may increase their resolve or bump up their intent to do harm. Before any perimeter alarm system is set, these concepts must be understood.

You can utilize natural defenses to your advantage with the understanding of reactionary gap and response time. Simply camping in an area surrounded by protective flora can deter or slow down a would-be intruder into your camp at night. A good friend and wilderness mentor told me that when he served in Vietnam, he preferred having the men under his command camp in the most inhospitable terrain during night ambush missions. This improved their safety by making it harder for the enemy to infiltrate their camp.

You must always be mindful of your camp surroundings—if your perimeter fails, you may be forced to move through the briars, overgrowth or swamp you chose for your defense. If you decide on using a running river as a barrier, realize the sound of the running water will inhibit your ability to hear a threat coming. The soothing sounds of running water that put you asleep can mask the sounds of someone approaching. The recommendation of sleeping far from water isn’t just to protect it as a resource; it also protects you.

There are many high-tech perimeter wire systems (some electrified) available and marketed for use in dangerous game country. These are highly effective, but they are single purpose and bulky. You can utilize modern materials to create inexpensive alternatives to alert yourself to camp intruders. Firearms can be used to create a noisy alarm. Aimed in a safe direction (usually with the muzzle higher than head height), securely tied in place, loaded with a cartridge that has had the projectile pulled out and wired around the trigger, this system is highly effective. Be careful—this firearm must always be considered loaded and the gases emitted during discharge are dangerous. The gunpowder may also absorb moisture, so crimp the end or cap it with wax from a candle. Another tip is to use the rear sling swivel to run your trip wire in a straight line to the trigger and redirect the direction of pull. If you are without a firearm, other modern means can be carried, such as kids parade/carnival “booby traps” that operate when two opposing strings are pulled on commonly found party poppers that shoot out confetti. All of these methods are effective, but only if they are set up properly.

To create a visual alarm system, a rat trap can be set up to accommodate a glow stick tied on with zip ties. Wire or dental floss can be attached to the trigger and strung across a trail, securing the trap in a manner where it will swing when activated to ensure the chemicals in the glow stick will mix faster.

A 12-gauge flare gun can be set up in the same manner as the pried-off bullet alarm system previously described. This method is the most effective means to alert you as it will produce a bright light, and the sound of the flare going off is equivalent to a low-powered .22 round or air rifle. Caution must be exercised in setting this one up as the flare can be trapped by a heavy canopy, causing a brush fire. Also, depending on where you are, a 12-gauge flare pistol may be considered a handgun. I’ve tried making a flare system using the pull-string variety, but since a strong or sharp tug is needed it is difficult to get it to discharge with a slow, constant pull. The tension it would create on the body triggering it is likely to give away the alarm’s presence, too.

Even without modern conveniences there are still options to create alarm systems. These methods are harder to set up, however, and the effectiveness is highly dependent on the placement. When you place a trigger stick, wire or cordage, place it in the path of least resistance. If you can, close off other entrances to your camp to ensure you funnel a potential intruder into the path you’ve wired. The following methods require few modern materials, most of which can be found on the trail or in the woods.

One way to detect someone trespassing into your space is to elicit a noisy response from them. This is accomplished by inflicting pain through non-lethal means to make someone groan in pain or cry out. Branches can be pulled to tension and used as a spring impact weapon at head, groin or shin height. Blackberry thorns can be strategically suspended to catch clothing or skin. Holes can be dug and covered to fencepost someone gaining entry into your camp. Even fishing line stretched across a trail can trip someone up. Some more painful and very dangerous methods incorporate sharpened sticks and crushing rocks.

These means of creating camp security are meant to be used legally, and always with the utmost caution and consideration. There are ways to make these methods more dangerous and potentially lethal. Like many skills, these need to be practiced for them to be effective. With any trap, the trigger mechanism is generally the hardest part to create. Please remember that these alarms can be triggered by anyone and anything, including friendlies. This article is meant for informational purposes only and the decisions and precautions you take are yours alone.

How much is your security worth? What are you willing to do to ensure your safety and the safety of your loved ones? The answers to these questions will be different depending on your training, resolve and mindset. But with the skills presented in this article, you will be able to better respond to threats with increased awareness and preparedness. 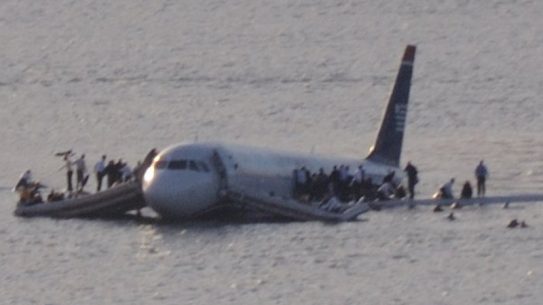 How to Survive a Plane Crash

Former NTSB investigator Nora Marshall sheds some light on how to survive an aviation...