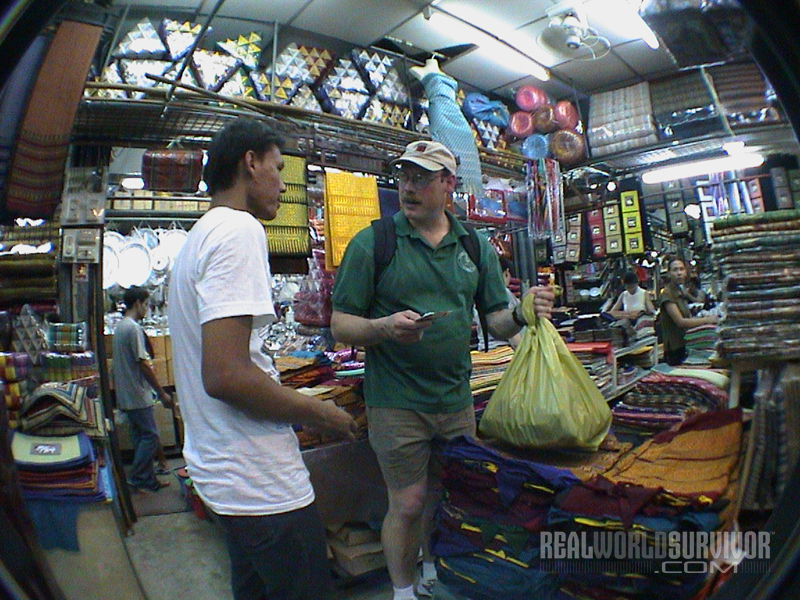 1 of 10
Photo by Michael Janich
10 Tips for Learning a Foreign Language
“Survival” often means taking care of basic needs in challenging circumstances—like being out of your element linguistically. Developing simple language skills can go a long way. 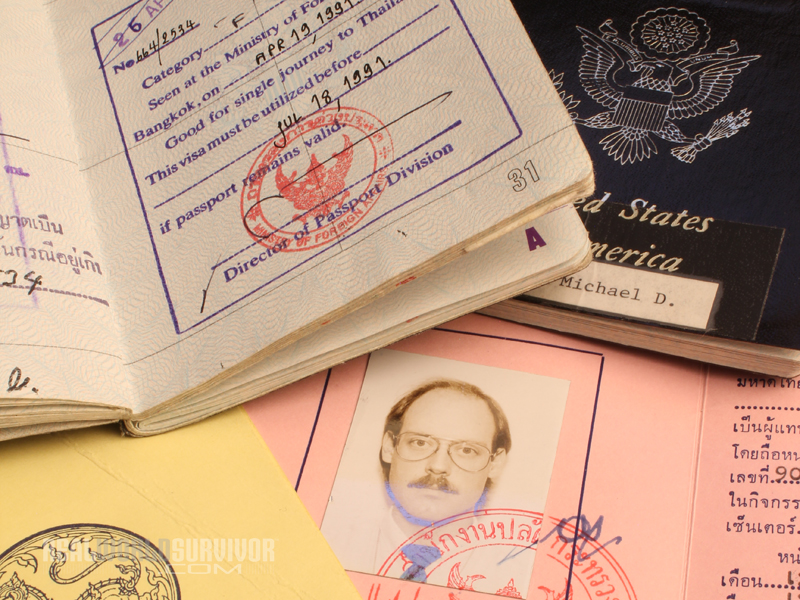 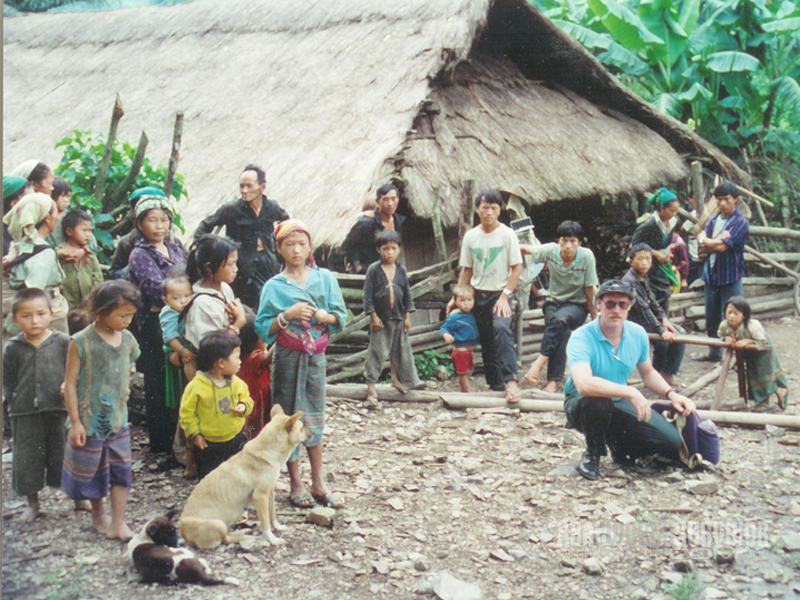 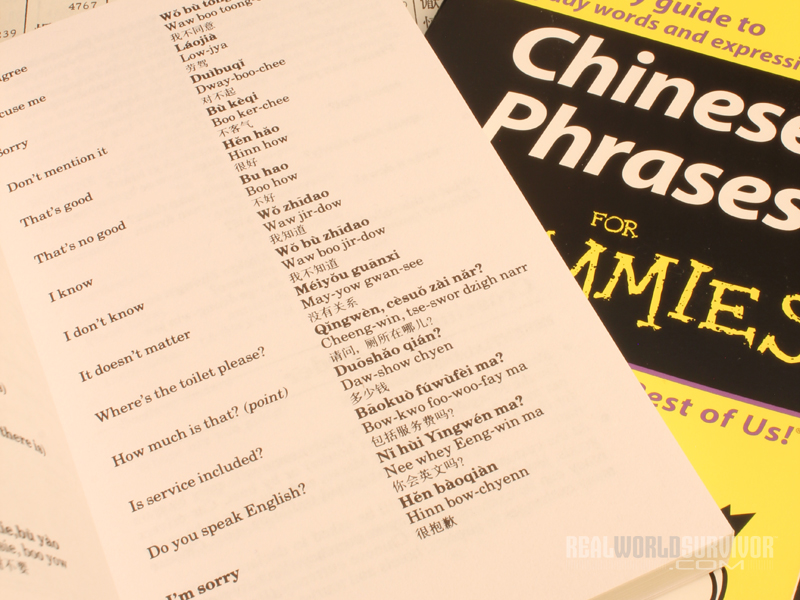 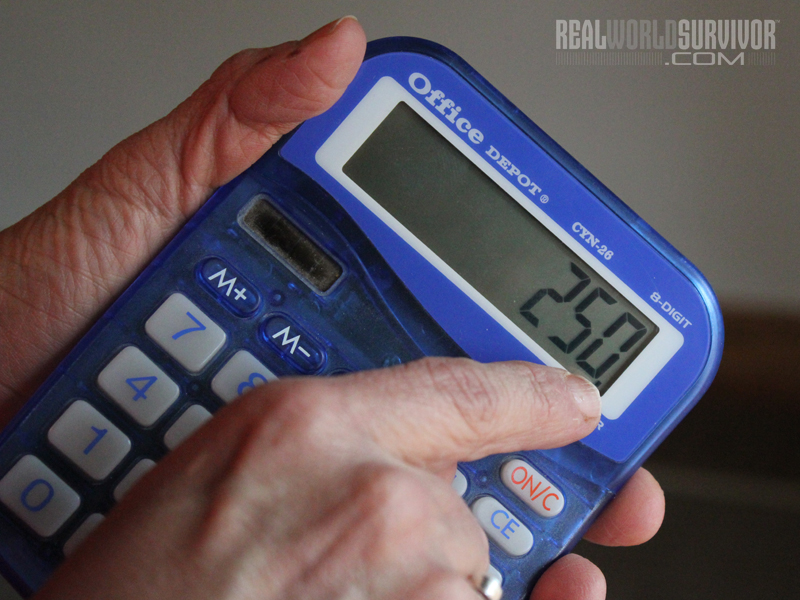 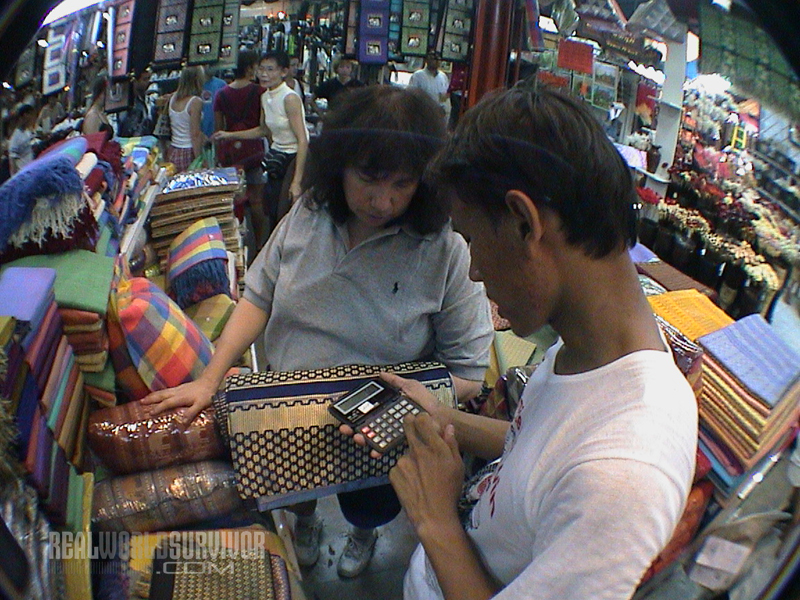 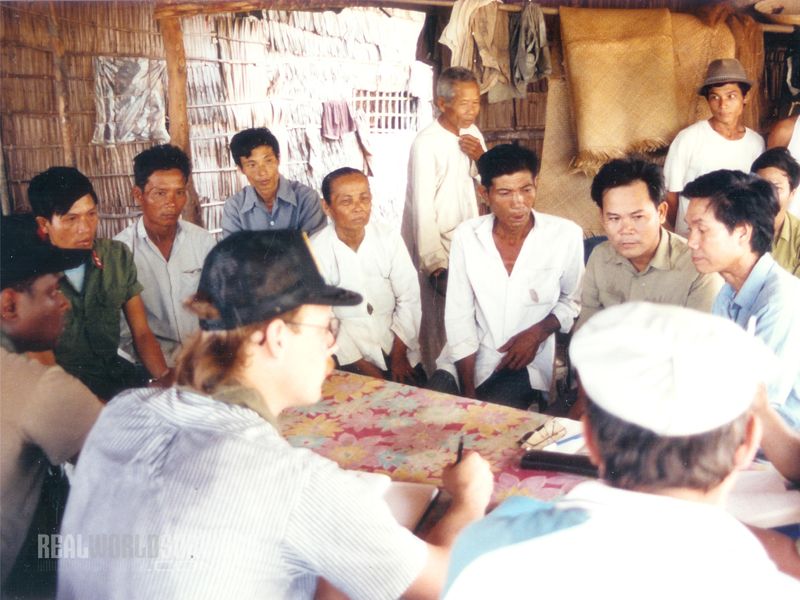 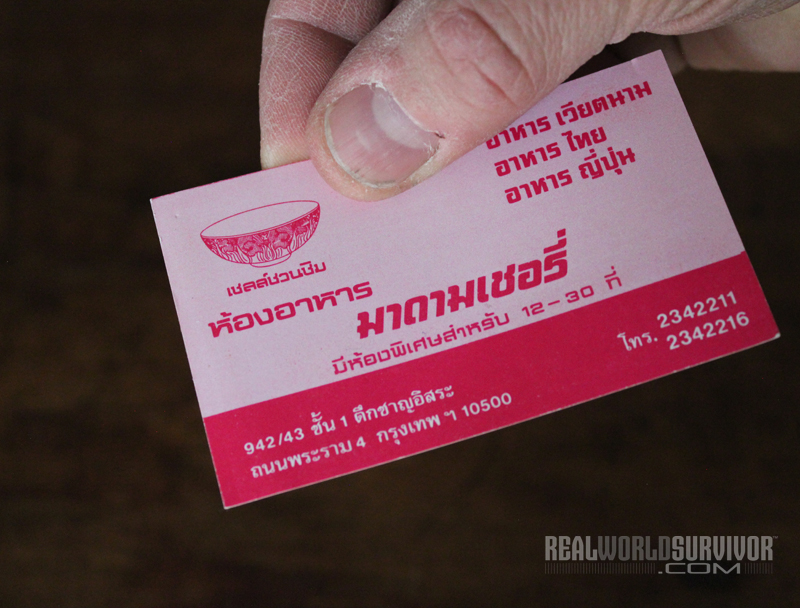 9 of 10
Photo by Michael Janich
10 Tips for Learning a Foreign Language
“When I was assigned to the U.S. Embassy in Bangkok, one of the things all new personnel were issued was a set of ‘talking cards.'” 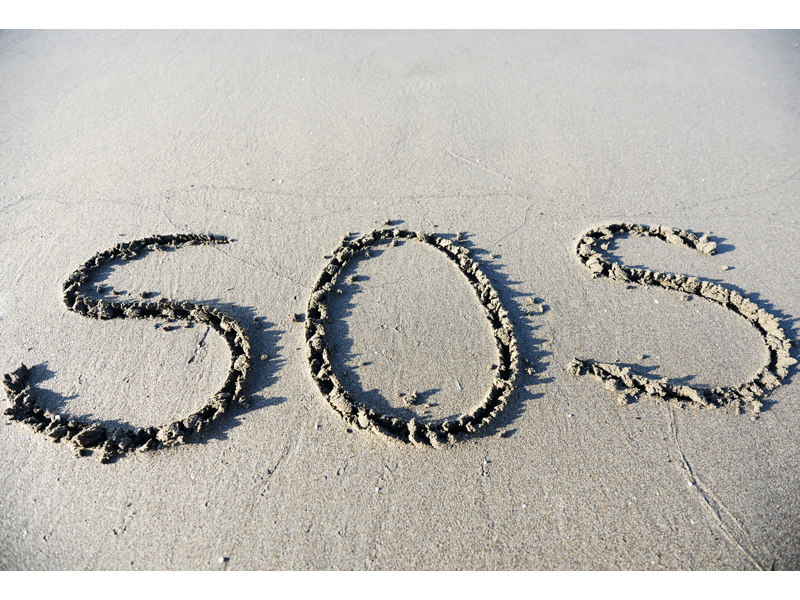 10 of 10
Photo by www.bigstock.com
10 Tips for Learning a Foreign Language 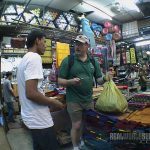 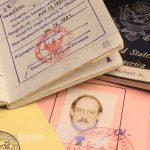 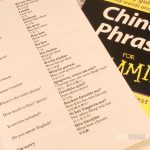 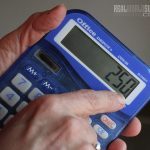 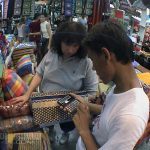 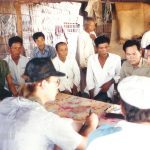 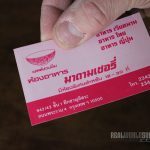 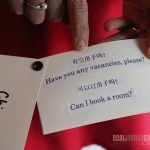 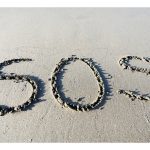 Just as survival can mean very different things in different contexts, communication is also a very broad topic. And in its most basic form, it means speaking to another person and understanding their spoken words. That process requires a common language and the skills to use it effectively.

If you’re ever stuck in a non-English-speaking environment, your ability to eat, drink, find shelter and survive in every sense of the word may be almost totally dependent upon your communication skills and abilities.

Learning a foreign language can be both extremely rewarding and incredibly frustrating. Fortunately, there are some shortcuts you can take that can significantly accelerate your learning curve and give you functional communication skills with a minimum of effort.

Tip #1: Decide on your specific goals and determine how and where you plan to use your language skills. The easiest way to do this is to ask yourself why you want to learn a foreign language. What do you really want to do with it and in what circumstances? Imagine specific situations and who you’d be talking to, then think about what you’d want to say.

Tip #2: Research your target language and become familiar with its overall organization, structure and writing system. Did you know that Chinese doesn’t have an alphabet? To learn how to read and write it, you literally have to memorize at least several thousand individual characters and their pronunciations. It’s also a tonal language, so each individual word has a tone—almost like a musical note—associated with it. If you get the tone wrong, it’s a different word with a totally different meaning. On the positive side, Chinese languages (they’re actually too different to call them dialects) don’t conjugate verbs. If you were choosing a language to learn, wouldn’t it be helpful to know such details first?

“When I worked in Vietnam, I used to ask the front desk staff at the hotel to let me answer the phone when it rang to see if the person on the other end could tell if I was a non-native speaker…”

Tip #3: Try to grasp the literal meaning of its speech patterns so you can learn to “think” in that language. One of the most common mistakes that people make when trying to learn a language is translating the English idea they’re trying to convey word for word into the foreign language. All languages are a reflection of the cultures that created them, as well as the logic and priorities of those cultures. The word order, grammar patterns and phrasing they use provide direct insight into their logic, so rather than trying to translate an English sentence into another language, it’s more effective to express the idea contained in that sentence using the logical word order of the target language and culture.

Tip #4: Use cognates whenever possible as shortcuts to fluency. Cognates are words that have similar forms and meanings in two different languages because they come from similar linguistic origins. For example, “profesór” in Spanish looks a lot like “professor” in English, so it’s easy to figure out and remember that it means “teacher.” By making a conscious effort to learn cognates, you can expand your functional vocabulary very quickly and significantly accelerate your progress in the language.

Tip #5: Focus on accurate pronunciation of your target language. Many languages include sounds that are very unlike those of English. Work hard to get these right so whatever you say in that language sounds accurate and authentic. That way, even if you can’t say much, what you do say will be understood and well received. When I worked in Vietnam, I used to ask the front desk staff at the hotel to let me answer the phone when it rang to see if the person on the other end could tell if I was a non-native speaker. It was a simple challenge, but once I could do it consistently, I knew my pronunciation was on point.

Tip #6: Use “picture” flash cards to create a direct association between an object or action and the foreign-language word. It’s best to go directly from the idea or concept directly to the target language without having to pass through an intermediate English-language step first. In other words, rather than seeing a person running, thinking of the English verb “to run” and then translating the English verb into the Spanish verb correr, it’s better to associate correr directly with the action of running. To do this, make a flash card with a photo of a person running on one side and the Spanish verb on the other. This direct-link approach is particularly effective for nouns and common modifiers like colors and can significantly enhance the speed at which you mentally process your new language.

Tip #7: Use complete or incomplete action references to avoid complex conjugation. Conjugating verbs can be one of the hardest things to learn in a new language. Although you should still strive to get there, learning words like “already” and “not yet” and using them with the infinitive form of a verb can go a long way in extending your communication skills. Instead of struggling with “I ate” or “We have not eaten,” you might say, “I eat already” or “We not yet eat.”

Tip #8: Talk to yourself in your chosen language every chance you get. One great way to do this is while driving. As you drive along, try to describe what you see. If you don’t yet have the vocabulary to do that, keep it simple and practice greeting the people you see—“Good morning, sir” or “Good afternoon, ma’am.” You can also describe your route as if you were directing a taxi driver—“Turn left” or “Go straight,” etc. The more you speak the better you’ll be able to speak.

Tip #9: Surround yourself with your language. If you have access to television programs, radio broadcasts or any other audio/visual media in your target language, use it as “background” in your life. You don’t have to actively try to decipher every word, but get used to hearing it all the time and do your best to follow the “gist” of what’s being said. Movies with additional soundtracks and/or subtitles in your language are excellent, since they provide an engaging context and excellent examples of expressing ideas and concepts instead of word-for-word translations.

Tip #10: Don’t just speak—communicate. The ultimate goal of learning a language is communicating. If your language skills fall short, fill in the blanks with visual aids. A simple pocket calculator can easily become a “universal language” for negotiating prices. Rather than struggling to pronounce the name of your hotel, combine a hotel business card with a well-practiced “Please take me here” in your target language. And, if all else fails, use creative hand gestures and body language to compensate for your vocabulary limitations. Be careful, however, since some hand signals can have vastly different (and sometimes highly offensive) meanings in other places around the world.

Foreign language skills can be a vitally important survival tool in many situations; however, even the basics of a language require diligent study and practice. So pick a language, do some research, set realistic goals and use the proven tips in this article to get started. 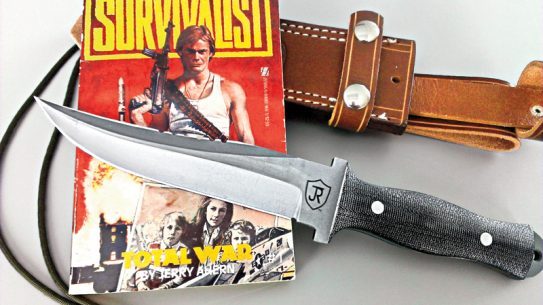