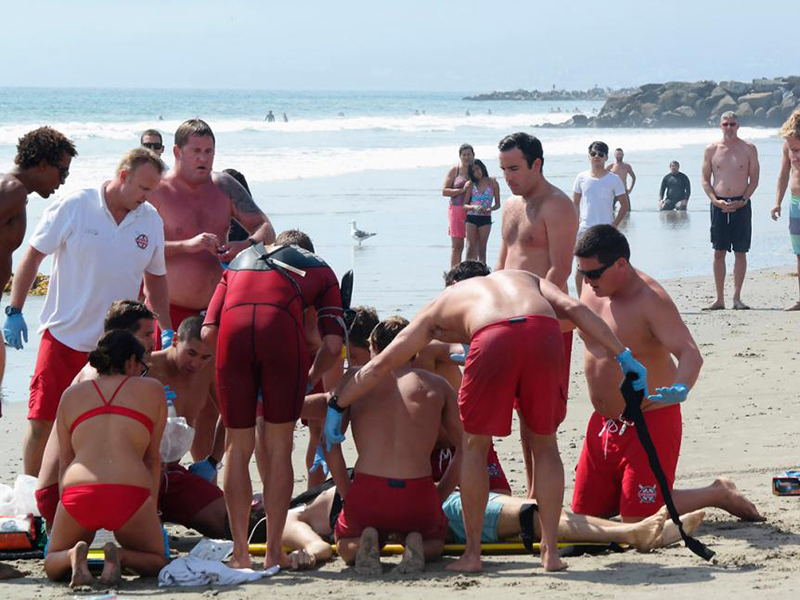 Photo by JONATHAN ALCORN/REUTERS
The scene at Venice Beach after a lightning bolt hit the beach on Sunday, July 27, 2014.
Comment(s)

The lightning bolt struck just before 3 p.m. Sunday and “caused panic as people tried to get out of the water and off the beach,” according to CNN.

RELATED: How to Survive a Lightning Strike

The Los Angeles County coroner’s office confirmed one man in his 20s died at a local hospital after he was rescued from the beach.

KTLA5 later reported that the victim, 20-year-old Nick Fagnano, was struck by lightning and missing for close to an hour after the bolt hit. Once he was located, Fagnano was “transported to a Marina del Rey hospital where he later died.”

When compared with other states, fatalities caused by lightning are rare California.

Between 1959 and 2012, 31 people died after they were struck by lightning, according to the National Oceanic and Atmospheric Administration. In comparison, there were 468 deaths from lightning strikes in Florida during the same time period, followed by 215 in Texas.

“There are lightning procedures that we use in the forest area, but right here we have people having a good time on the beach. It was not expected,” L.A. County Fire Department official Brian Jordan told KTLA5. 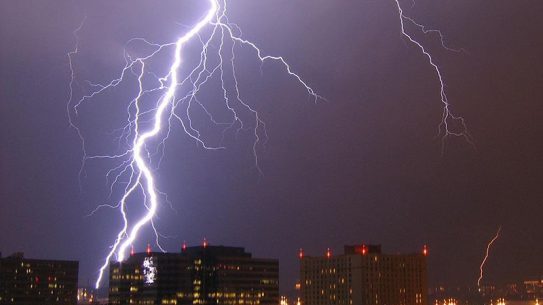 How to Survive a Lightning Strike

A few simple steps can make a big difference during a severe lightning storm.