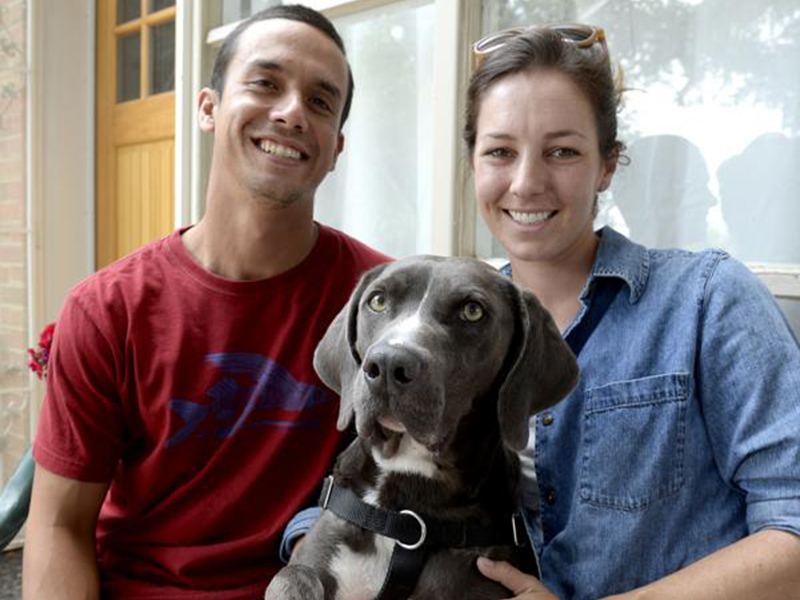 Boulder Police were dealing with a rash of unsolved burglaries on Columbine Avenue before a rescue dog helped with the investigation.

Squid, a 3-year-old weimaraner-pointer mix, was adopted by Tina Fuller in February after spending three years chained up on a farm in Kansas, according to the Daily Camera.

Fuller said Squid is typically a heavy sleeper, so it was a shock when the dog woke her up at 3:30 a.m. Tuesday.

At first, Fuller said she couldn’t see what was bothering him, but then she saw two men dressed in black, carrying bags and snooping around some cars in the garage. Fuller called police.

Squid’s alertness led to one of the two suspects being apprehended by Boulder Police, as Fuller dialed 911 immediately after spotting the suspects. Thomas William Frampton was arrested by shortly after the call was made, the Daily Camera reported.

Police said they found items in Frampton’s bag such as phone chargers, CDs and GPS units they think were stolen from the cars in the garage belonging to Fuller and her landlord. They also say some of the items may have been stolen elsewhere, and that Frampton and the second suspect may have burglarized other cars and homes in the neighborhood. 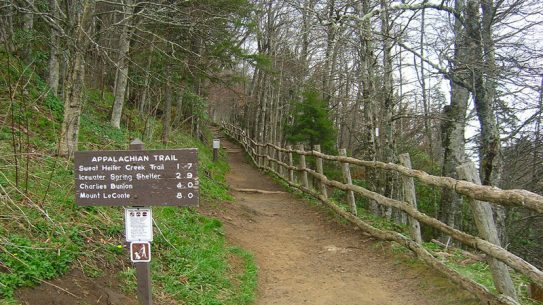 A Canadian family of five is in the process of hiking the appalachian trail...