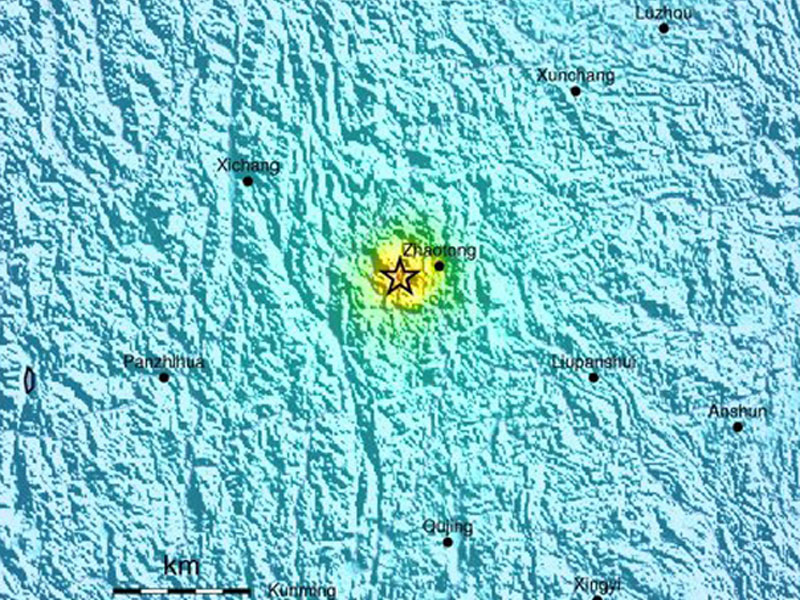 Photo by Wikimedia Commons
ShakeMap of the 2014 Ludian earthquake from the United States Geological Survey.
Comment(s)

Survivors have been found in the wreckage of an earthquake in southern China which is believed to have killed at least 398 people and injured over 1,800.

According to the Associated Press, it is estimated that 12,000 homes collapsed when an earthquake struck in Ludian County, in Zhaotong City, Yunnan on Sunday afternoon, roughly 230 miles northeast of Kunming, the capital of Yunnan province.

China’s state press agency, Xinhua, said that firefighters had rescued 32 people. Ludian has a population of about 429,000.

Xinhua News Agency also reported that drenched survivors, some of whom were half-naked, were sitting in the muddy roads in the rain awaiting food and medication. Medical workers said there was a shortage of medicine which hampered their ability to properly treat the injured. Rescue workers said that heavy rainfall and landslides had hindered their progress.

Meanwhile, the Chinese government has allocated 600 million yuan ($97 million) for rescue and relief efforts, the AP reported. In addition, more than 2,500 troops were sent to the disaster area, and the government has reportedly sent thousands of tents, quilts, sleeping bags, cotton coats, folding beds, chairs and tables, and 50 mobile toilets.

According to the AP, the U.S. Geological Survey says the magnitude-6.1 earthquake struck at 4:30 p.m. on Sunday at a depth of 10 kilometers (6 miles). China’s earthquake agency said the magnitude was 6.5. 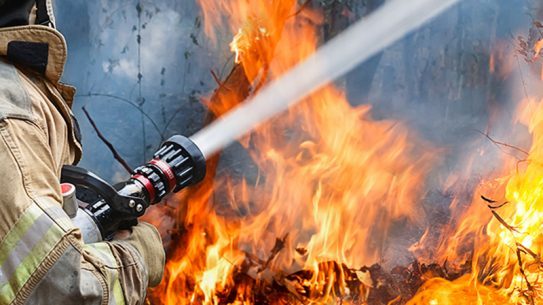 As wildfires continue in the north, the California National Guard is training soldiers to...