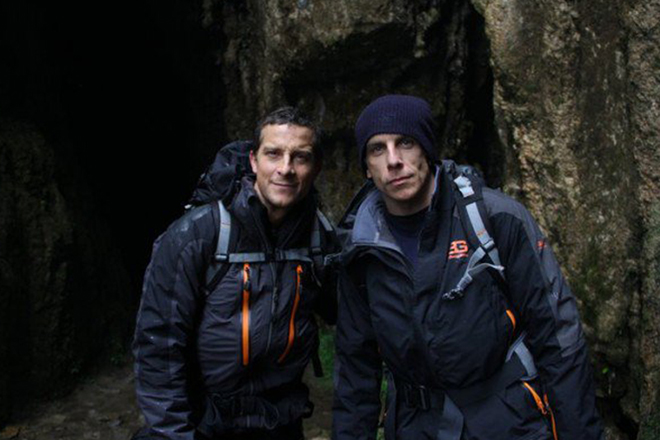 On the latest episode of “Running Wild with Bear Grylls” — a new television series which sees famed survival expert and adventurer Bear Grylls taking celebrities into remote and wild locations around the world for 48 hours — Bear put actor/comedian Ben Stiller to the test as the duo ventured into Scotland’s Isle of Skye, which is known for its harsh weather and rough terrain.

According to NBC.com, the journey began easily enough as Ben met Bear at the Talisker single malt Scotch whiskey distillery. The two then headed, via helicopter, to the Black Cuillin mountains, where the pilot dropped them off much lower down than originally planned due to the cloud ceiling, making their adventure even more difficult.

From there, Ben and Bear trekked up an intimidating 2000 ft ridge called the Black Cuillin Traverse. After that, they descended down towards the sea where they found an inlet to search for food and shelter for the night. Ben pried wild limpets off the rocks at low tide, while Bear gathered some wild garlic and discovered a vast cave. They climbed down into the cave and found a pool of fresh water. The two eventually started a fire, ate limpets cooked with fresh garlic, and called it a night. In the morning, the duo made their way to the extraction point by leaping forty feet off a cliff into the ocean. They were cold, exhausted and wet, but satisfied.

So, how did Ben fare overall on his adventure with Bear Grylls? Read the full recap on NBC.com to find out, and be sure to check out “Running Wild with Bear Grylls” on Monday 8/7c on NBC. 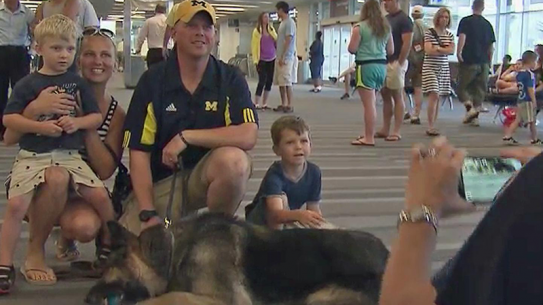