It took 24 hours and multiple rescue efforts, but three men aboard a sailboat survived after Hurricane Julio disabled the boat 414 miles northeast of Oahu Monday.

Ben Neely, 61, his son Lee Neely, 22, and family friend Mike Vanway, 22, were taking the 42-foot sailboat en route from Stockton, Calif., to Honolulu, Hawaii, when the storm dismasted and flooding the vessel.

The sailboat, named the “Walkabout,” sent out an alert message requesting Coast Guard assistance around 7:15 a.m. Sunday. The message was passed along to the watchstanders at the Joint Rescue Coordination Center (JRCC), according to a release.

JRCC diverted an airplane from the National Hurricane Center, Teal 76, from inside Hurricane Julio to locate the vessel and establish VHF radio communications.

At 10:49 a.m., Teal 76 reported Mayday calls being broadcast from Walkabout.

On-scene conditions Sunday were reported as 92 to 115 mph winds with 30-foot seas. One of the hatches had blown away and onboard bilge pumps were unable to keep up with the flooding. The vessel’s life raft was also blown overboard.

Around 11:10 a.m, a HC-130 Hercules airplane crew was sent to the area to relieve Teal 76 and deliver a life raft to the members of the Walkabout. However, after a two-hours transit, the members of the Walkabout were unable to retrieve the dewatering equipment and life rafts from the Hercules “due to rough on-scene conditions,” according to a release.

“We flew around a hurricane to find these guys and spent a long time looking for them, and once we were actually able to find them, to not be able to get them gear is one of the most frustrating things,” Lt. Garrett Faulkner of the U.S. Coast Guard told Hawaii News Now.

A second Hercules airplane crew departed from Air Station Barbers Point at 5:15 p.m. en route to the vessel’s location and arrived on scene at 7 p.m. and established communications with the Walkabout crew. Severe conditions prevented attempts to retrieve equipment dropped by the Hercules crew.

Around 10 p.m., the Manukai, a 661-foot Matson container ship, entered the area to attempt a rescue. Due to the continued rough nature of the waters surrounding the Walkabout, Manukai waited until Monday morning. 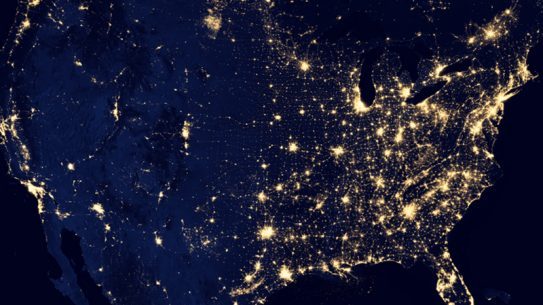 The Risks and Dangers of an Electromagnetic Pulse

An electromagnetic pulse is created by either a solar storm or high-altitude nuclear explosion.