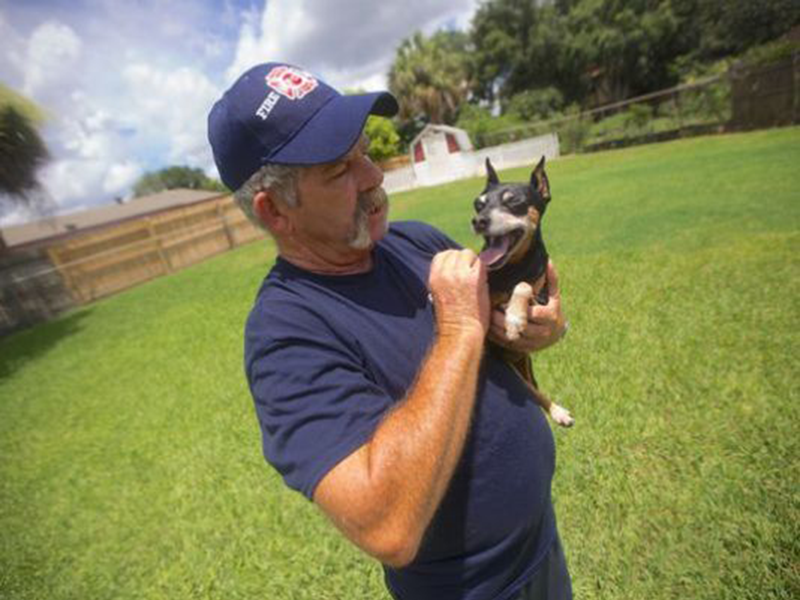 Had it not been for his dog, Curtis Young could be dead today.

A tumor “the size of a bullet” was growing in Young’s head back in 2005, and the Florida firefighter had no idea it was there, according to First Coast News.

But his dog, an 11-pound miniature pinscher acted like something was wrong. Sabrina would scratch, bite, dig at the back of his head when he laid on a couch. It was annoying. He thought it might be dandruff.

He talked to his doctor, and ultimately an MRI scan confirmed he had cancer.

Surgery removed the tumor and Young’s ability to hear in his right ear. He’s been a Brevard County firefighter for about 25 years, and damage from his illness was supposed to prevent him from fighting fires. But after a year of light duty, he passed the physical test and returned to work.

The miracle saved Young from potential paralysis and death, but Sabrina wasn’t done. At the beginning of August 2014, Sabrina starting nipping again. This time, it was at a spot on Young’s back.

When he got it checked out, a biopsy confirmed it was basal cell carcinoma, a form of skin cancer. 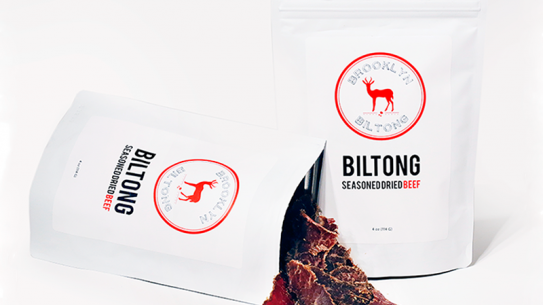 Great for the outdoors, Brooklyn Biltong brings its uncommon beef to the US.