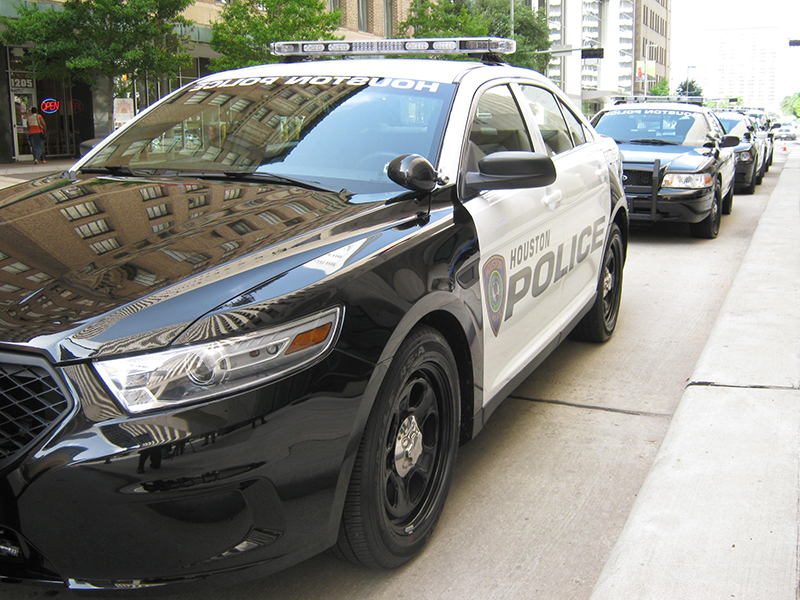 A six-year veteran of the Houston Police Department was saved by his bulletproof vest during a shootout with a dangerous suspect in August.

Officer John Calhoun and his partner were called to the scene after a call went out of a suspicious man with a backpack “smoking marijuana and holding a gun,” according to the Houston Chronicle. The suspect attempted to flee the scene when a struggle ensued.

The two officers attempted to stop the man from leaving but he then began fighting with Calhoun. Both men fell to the ground during the struggle. Calhoun’s female partner was moving in to help when she heard what HPD officials described as a “distinctive popping sound.”

The sound was Calhoun being struck with a bullet from the suspect’s gun. He returned fire with multiple shots, killing the suspect.

Calhoun, on the other hand, escaped with his life, thanks to his bulletproof vest.

“His life was saved by his ballistic Kevlar,” Houston Police Department Chief Charles McClelland told Click 2 Houston. “He’s certainly going to be sore, but no rib fractures, no bullet fractures.”

But the bulletproof vest wasn’t the only thing that saved Calhoun’s life — a mandatory rule within the Houston Police Department also factored in.

Police officials told multiple media outlets that Calhoun almost didn’t have to wear his vest, as the vests are only mandatory when the heat index is less than 100 degrees. The heat index on the day of the shooting was 96 degrees.

Calhoun, 28, was involved in another shootout with a robbery suspect in January during which the suspect was also killed, according to Click 2 Houston.

The Return of the American Blacksmith

Let’s celebrate how the once-vibrant and skill-driven frontier profession of the Blacksmith forges onward...