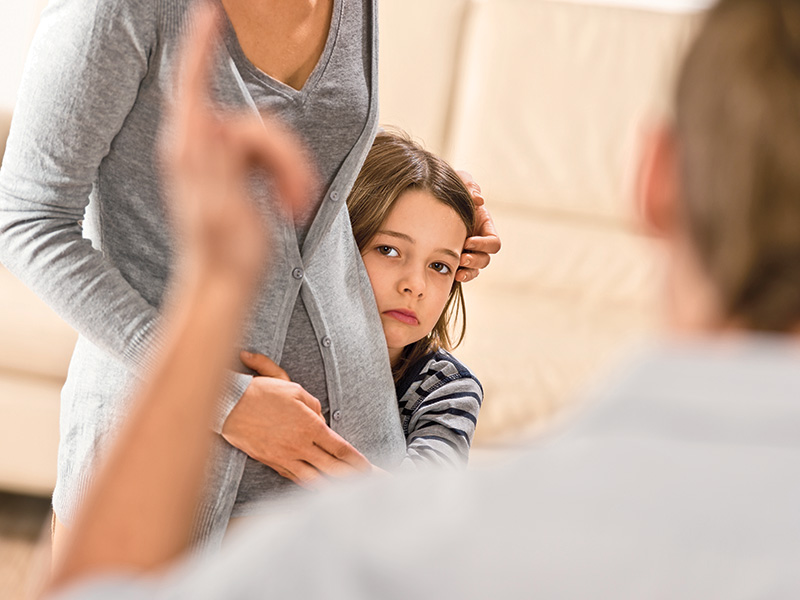 1 of 4
Not Just Partners
Many spouses who tolerate abuse up to and including physical beatings without official complaint or other effective response are often pushed over the line when the abuse extends to their children. 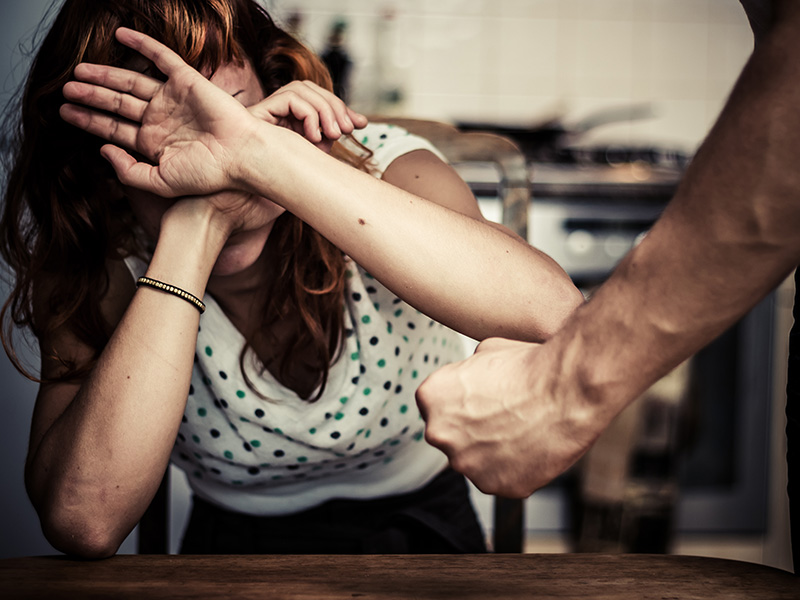 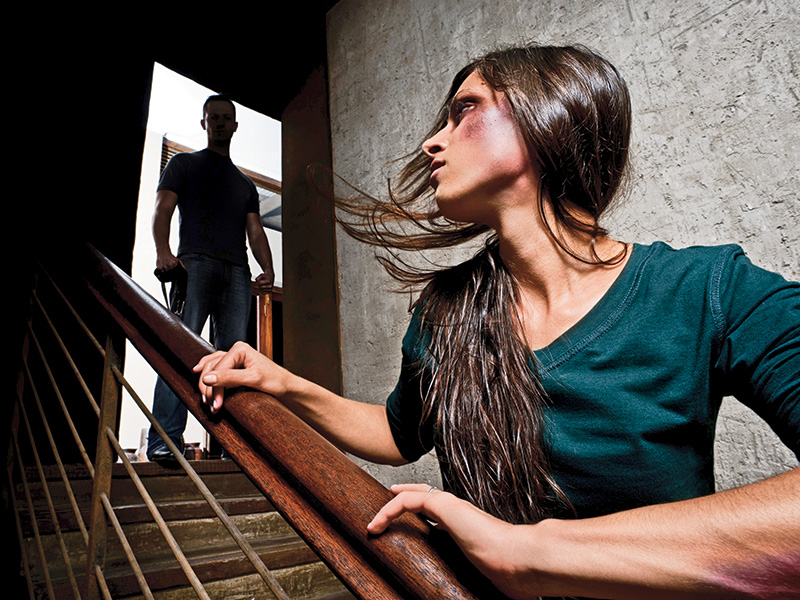 3 of 4
Recognizing Signs
Not all abuse situations are so obvious as a series of unexplained black eyes and bruised faces. 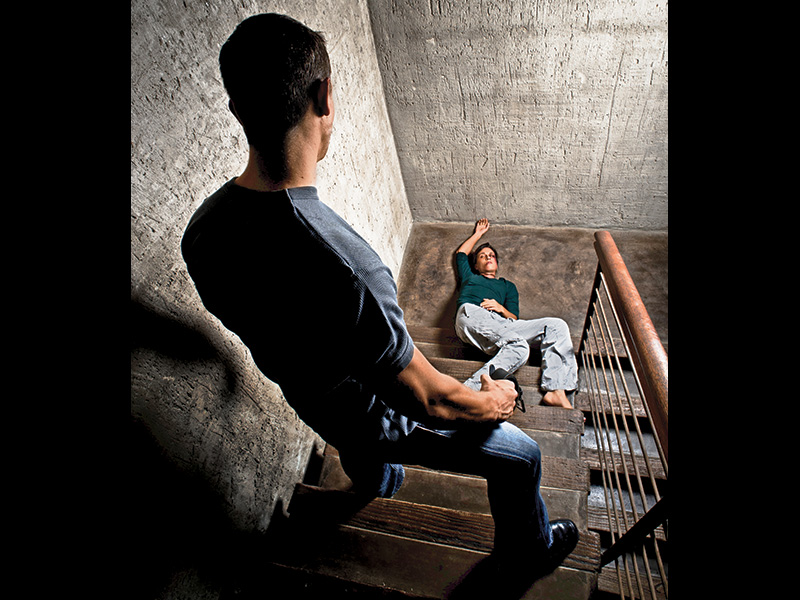 4 of 4
More Options
Many, if not most, communities have domestic abuse hotlines, shelters for battered women and children, and similar services. 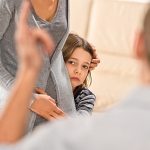 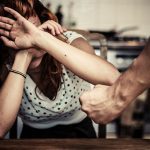 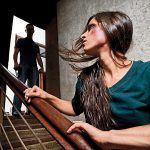 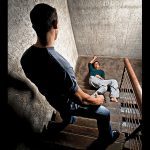 A widely misunderstood dynamic, domestic violence can take place between spouses and lovers, parents and children, roommates and even visiting friends. Even veteran police dread responding to reports of it because of the unpredictable emotions involved.

It lies at the core of many criminal homicides, and some justifiable ones. Let’s look to some facts and statistics to put the topic in perspective.

The Centers for Disease Control and Prevention (CDC) distinguishes between four levels of violence as related to domestic abuse. In addition to physical violence, there is sexual violence in various forms. Threats of violence, whether conveyed by word or gesture, constitute another category. Finally, psychological/emotional violence is the CDC’s term for manipulating others by controlling their access to money and freedom, constantly denigrating or humiliating the victim, and harassing them in many other ways.

When the words “domestic abuse” are uttered, much of the general public envisions a burly, hairy-shouldered man in (naturally) a “wife-beater” shirt, slapping a woman around in a trailer park or some sort of public housing. In fact, domestic abuse crosses all lines of economy, occupation and social stature. It has occurred in the mansions and castles of the super-wealthy and titled nobility. Doctors and lawyers and judges, clergymen, chiefs of police and educators have been proven guilty of domestic violence. This includes people of all colors and all faiths—and yes, of both genders.

While male-on-female is indeed the most statistically common profile of such abuse, females abusing males is by no means unheard of. In one case, a large and very physically strong woman descended into a spiral of drug abuse that culminated in family abuse. The day came when she went after her elementary-school-age daughter with a knife. Her long-suffering husband got between her and the child, saving the little girl’s life. The woman slashed his arm to the bone with her big knife. With no other recourse, he drew the gun he carried and shot her dead. Perhaps at least in part because “man killing woman in self-defense” seemed so counterintuitive, the husband was charged with murder. After the facts were explained to the jury in the course of trial, he was found not guilty on all charges, finally allowing him and his child to pick up the pieces and move on with their lives.

Though a slight majority of all domestic violence involves partners—spouses and lovers—much of it is inter-generational. Elder abuse has already been noted above, and another very significant segment of domestic abuse is child abuse.

Many spouses who tolerate abuse up to and including physical beatings without official complaint or other effective response are often pushed over the line when the abuse extends to their children. This is the point where many women will finally call the authorities and get some competent help for the problem. Defense lawyers have also noted that, very often, this is the tipping point at which the battered spouse will fight back, because her instinct to protect her children is stronger than her perceived need to physically protect herself.

A well-known subset of domestic abusers is the “Jekyll/Hyde” type, who is mild-mannered and acquiescent in public and at work, but takes out his hostilities on his spouse and children at home. He is generally seen as a weak-willed coward who perceives himself as bullied by others, and overcompensates by bullying the only people in his life over whom he can exert control.

However, many violent personality types do not confine their physical aggression to their home front. In the same sense as the old saying “charity begins at home,” many aberrant people will begin their pattern of extreme violence at home and then branch outward, even to a homicidal level.

It is not uncommon to see the mass murderer “begin at home.” The worst mass murder to ever occur at a school in the U.S. was committed by 55-year-old Andrew Kehoe in 1927. He used explosives to blow up an elementary school in Bath, Michigan, murdering 38 children and five adults. Prior to setting off the dynamite and incendiaries, he murdered his ailing wife, leaving her corpse in a wheelbarrow on the grounds of his farm.

In 1966, in the hours before he instigated the infamous Texas Tower massacre, Charles Whitman stabbed his mother and his wife to death at their respective homes in Austin. He opened fire on citizens in the streets from his lofty perch and racked up a toll of 16 murder victims and 32 more wounded before armed citizens pinned him down by returning rifle fire from the ground and another armed citizen led police up to the sniper’s nest, where the officers killed Whitman.

There is nothing magic in a restraining order; many battered women have been killed by abusers who walked through a restraining order as if through smoke. However, police will tell you that more often than not, the abuser served with a restraining order realizes that the price of the game has just gone up. The abuser knows he is now “on the radar” of the police establishment, and that he has one foot in a cell and another on a banana peel. Some abusers will cease and desist there. After all, sociopaths and psychopaths have an acute sense of their own self-preservation.

In a joint study by the National Institute of Justice and the CDC, a survey asked former stalking victims about their perception as to why the stalking had ceased. In approximately one out of four of the cases, the stalking victims credited police intervention. Police simply talking to the stalker was enough in 15 percent of the cases. Nine percent of the time, the stalking ended with the stalker’s arrest. In only 1 percent did it take the stalker being convicted of a crime to end the harassment and fear. Six percent of stalking ended, the victims believed, because the stalker “got help.” It is unclear to this writer in how many of those cases that “help” was initiated by police intervention.

There is another reason to report domestic abuse early, and to keep reporting it every time it happens. Should the day come when the victim must fight or die, and harms or even kills her attacker in self-defense, these reports will create a paper trail that clearly shows who is the real victim.

When “partner kills partner,” absent such a paper trail, investigators can see the roles reversed. A “crime of passion” killing is manslaughter at best, and murder at worst. The criminal justice system is largely geared on the assumption that whoever was killed or hurt was the victim, and whomever caused that death or harm was the perpetrator.Proper reporting of any and all abuse to the authorities goes far toward helping police and prosecutors alike to recognize who was the real perpetrator and who was the real victim in a self-defense case.

Many, if not most, communities have domestic abuse hotlines, shelters for battered women and children, and similar services. Existing at the municipal and county level, they are dependent in large part on volunteers, some of whom even provide safe houses in areas where no formal shelter exists.

Those volunteers are paid in two kinds of coin. One is the satisfaction of genuinely helping others in need. The other is in the training they’ll receive, which includes state-of-the-art skills in verbal crisis intervention among other disciplines. These organizations have done a great amount of good.

Not all abuse situations are so obvious as a series of unexplained black eyes and bruised faces. Not all cases are the same, of course, but there are common patterns of escalation.

Emotional isolation and stony silence may be followed by verbal abuse, which tends to escalate in its intensity. Physical assault may begin with pushing, which tends to grow more vigorous. This will often escalate to the slap of the open hand, the blow of the closed fist, and hands around the throat. Weapons are the next step.

A landline phone being ripped out of the wall or the victim’s cell phone being taken away or destroyed by the abuser is more than just harassment. It is a symbolic silencing, and a hardcore, pragmatic attempt to cut off the victim’s lines of communication to emergency assistance, which in turn may indicate an attempt to do harm in the (perhaps immediate) future. Dominating control of the family’s vehicles, cash, checkbooks and credit cards isn’t just a show of power by the abuser: It is another way to render an intended victim helpless against extreme violence by closing escape routes and options.

Authorities today teach a “run-hide-fight” response to mass murderers. A similar continuum has long been the lot of the domestic violence victim.

Run: Abandon your home, perhaps even permanently, to get out of range of the abuser’s physical harm.

Hide: Domestic abuse victims have been known to change their names, enter domestic abuse shelters, or flee to other communities. It is a sad commentary in the survey of former stalking victims measured earlier that the single most successful strategy, accounting for 19 percent of the victims in the survey, was to move away.

Fight: Sometimes, however, fighting back is the only possible action. A very significant number of “domestic homicides” turn out to be the victim defending herself (or in rare cases, as we’ve seen, defending himself) or the children from a homicidal attack.

When the victim finds the courage to leave, it is not uncommon for the abuser to decide “If I can’t have her, nobody will.” The victim is then hunted down and murdered, often along with other loved ones. It is with this in mind that some agencies that issue permits to carry guns have put policies in place to expedite issuance to victims of domestic violence. As this is written, the state of Kentucky is considering a bill that would provide for immediate issuance of a temporary carry permit to a domestic abuse victim who takes out a restraining order on an abuser. 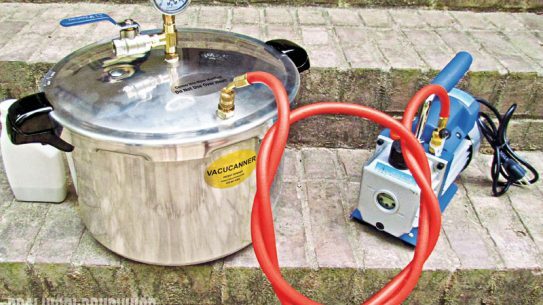 Sealing The Meal With A VacuCanner

Stock a root cellar full of shelf-stable food for the long run with the...