1 of 3
Photo by Jason Luthy
Woman Survives Hike After Being Trapped by 1.5 Ton Boulder
Ammi Midstokke is airlifted out of harm’s way by a UH-1N Iroquois helicopter from the Fairchild Air Force Base in Washington.

2 of 3
Photo by Jason Luthy
Woman Survives Hike After Being Trapped by 1.5 Ton Boulder
Ammi Midstokke after the accident at Northern Idaho’s Selkirk Mountains.

3 of 3
Photo by Jason Luthy
Woman Survives Hike After Being Trapped by 1.5 Ton Boulder
Ammi Midstokke’s foot after the boulder collapsed on it.

The 2010 film 127 Hours depicts every hiker’s worst nightmare: getting hurt and being trapped for an extended amount of time with nobody around to help.

Luckily for 36-year-old Ammi Midstokke, she was only trapped for nine hours and had the help of her hiking partner after a 1.5 ton boulder came crashing down on her right foot in Northern Idaho’s Selkirk Mountains.

Midstokke and her hiking partner, Jason Luthy, had successfully reached the summit of Chimney Rock on Sept. 19. The duo was climbing out when a boulder moved on Midstokke, hitting her in the head and then pinning her, landing on her foot.

Luthy, a trained paramedic, tried to move the boulder with no luck.

“We called search and rescue and tried to stabilize me with heat and good stories,” Midstokke wrote on Facebook after the ordeal.

Luthy called search and rescue around 5:30 p.m. By 8 p.m., more than 20 rescuers from Priest Lake Search and Rescue and the Bonner County EMS Wilderness Response Team set out to look for Midstokke, according to the Spokesman-Review.

The team reached Midstokke and Luthy around 1 a.m., after navigating steep and narrow terrain in the dark. Once there, it took less than an hour for a web and pulley system to lift the boulder off of Midstokke’s “very deformed, very dead looking foot,” as she said on Facebook.

Hiking out of the area, however, wasn’t an option. At 7:10 a.m., a four-member crew from the 36th Rescue Flight at Fairchild Air Force Base in Washington was contacted. The team used a UH-1N Iroquois helicopter to fly in at 7:45 a.m. and take Midstokke out of the area.

“A hover was the only possible way of extraction as the terrain was far too treacherous to land,” said Capt. Josiah Hart, 36th RQF co-pilot, in a statement. “We made our initial approach, but the aircraft started to sink due to excess fuel. To get more power, we burned off some fuel for 25 minutes and reengaged to a 30-foot hover over the scene.”

After securing Midstokke to a harness, the team airlifted her off of the mountain at 8:35 a.m.

The result of her injury?

Donations can be made to Priest Lake Search and Rescue here. 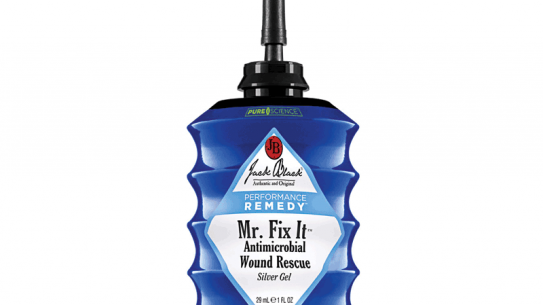 A Real-Life Case of How to Start Your Own Gun...