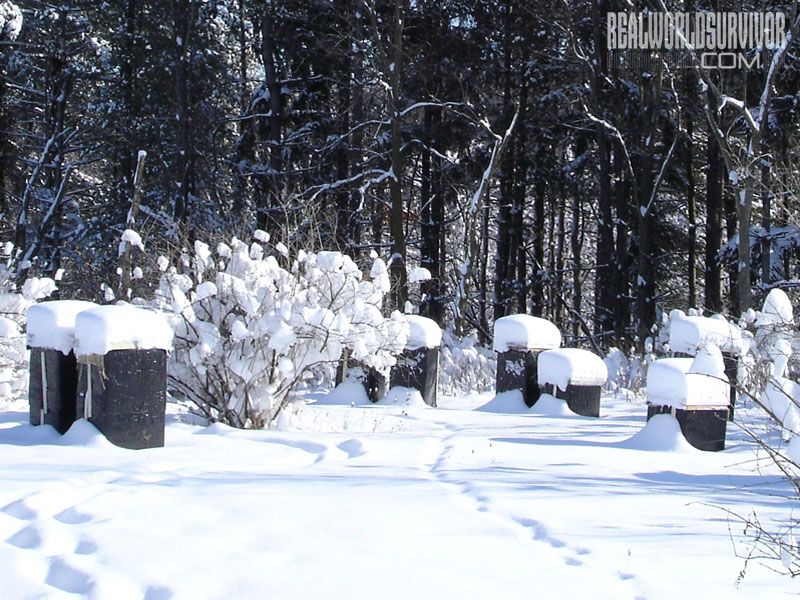 1 of 9
Photo by riskshoney.com
Winterizing the Hive
Wrapping hives with tar paper to protect them from the cold is common. 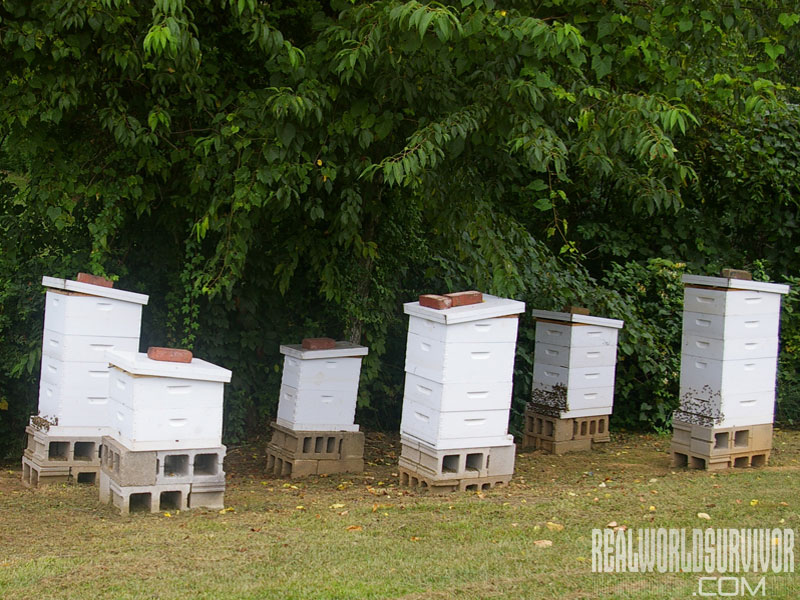 2 of 9
Photo by Michael Devaughn
Aipary
The author’s apiary. You can see the deep- and medium-size brood boxes as well as the honey supers on top. 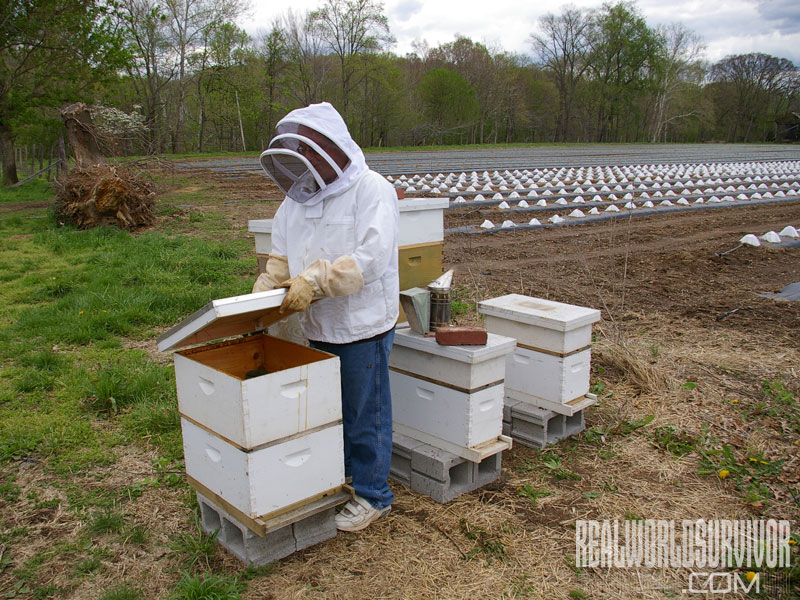 3 of 9
Photo by Michael Devaughn
Michael Beekeeping
The author beekeeping in protective clothing. You don’t want to open a hive and pull out frames without wearing at least a veil for face protection and gloves. Many beekeepers also wear long pants and a long-sleeved shirt or jacket. 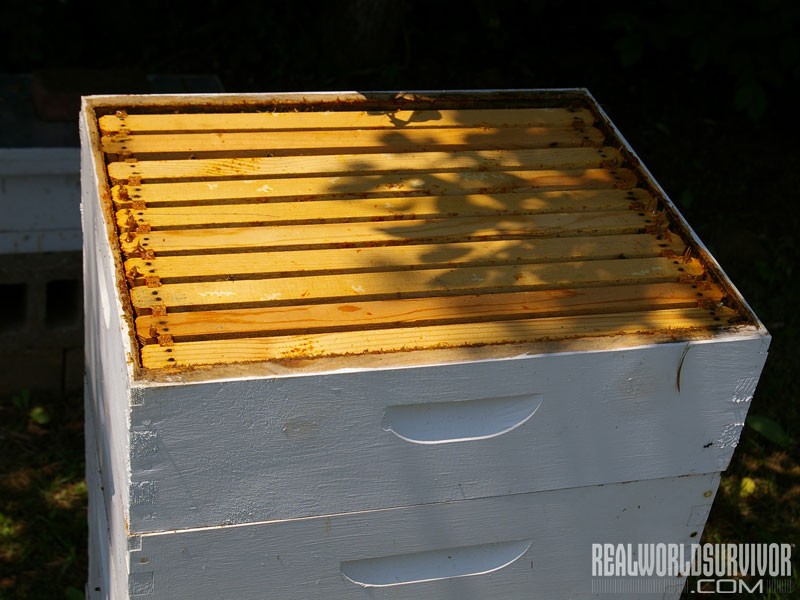 4 of 9
Photo by Michael Devaughn
Brood Box and Frames
One of the authors open broods. 5 of 9
Photo by Big Stock
Checking Frames
When checking frames, remove the outside one first, then move to the adjoining one and so on. 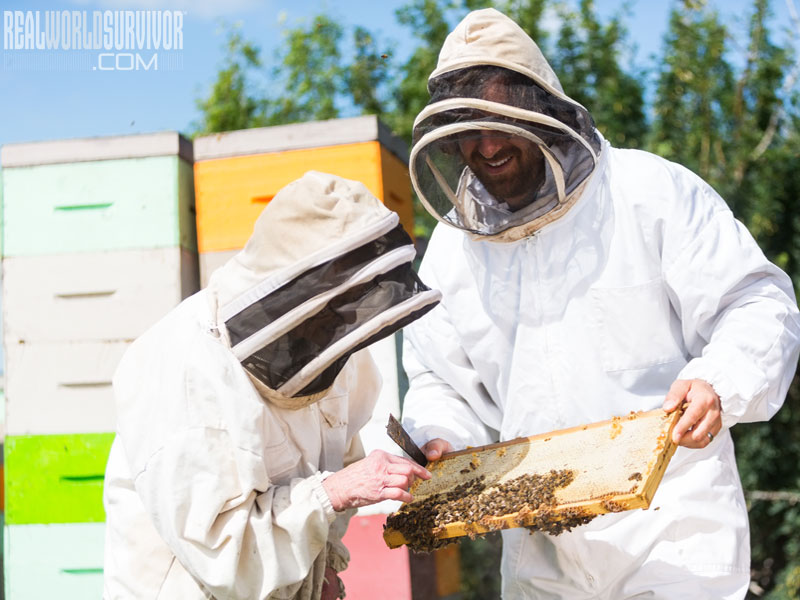 6 of 9
Photo by Big Stock
Identifing the Hive
Learn to identify as much in the hive as you can. Having a mentor is a help and can save you from making mistakes. 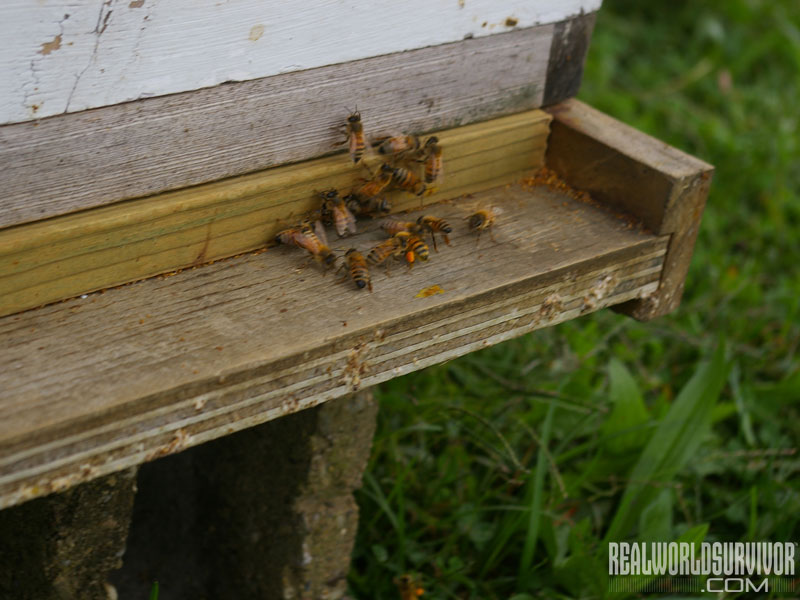 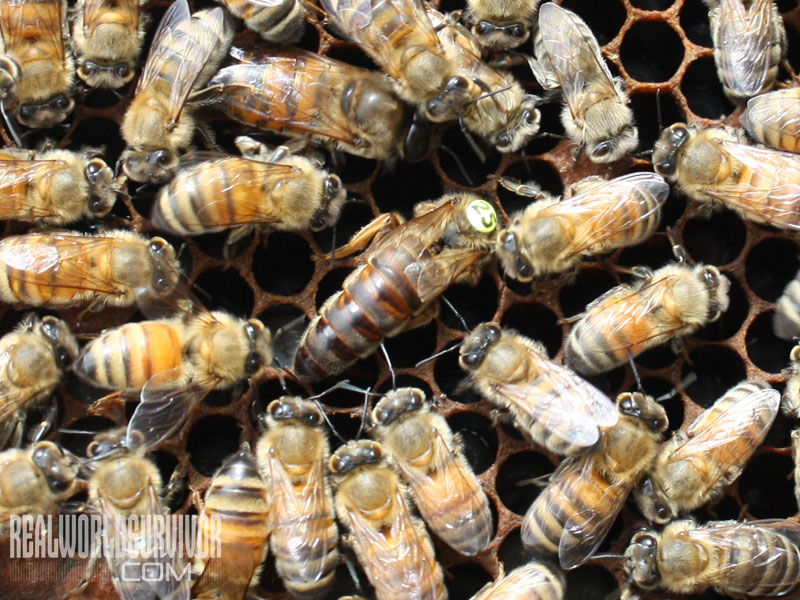 8 of 9
Photo by riskshoney.com
Identifying the Queen
Identifying the queen isn’t as easy as people assume it to be, especially in a strong hive. Sometimes your queen will come marked from your supplier with a colored dot on her back. If the International Color Code system is used, green relates to 2014. 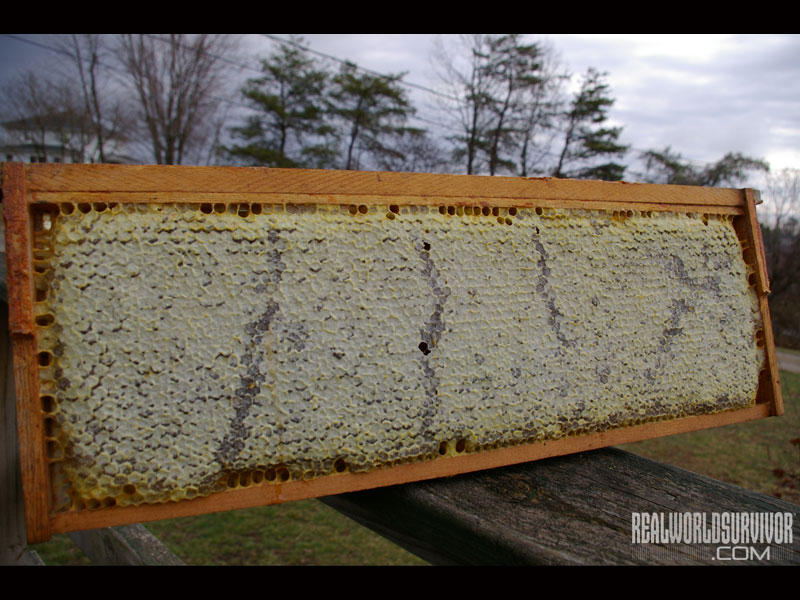 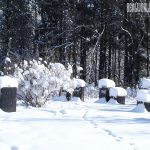 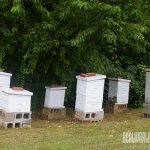 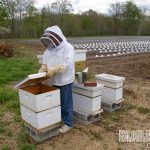 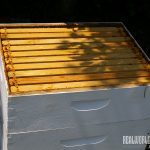 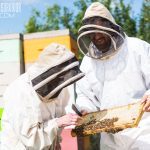 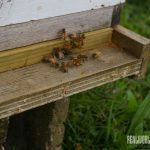 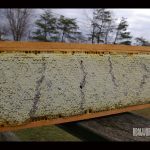 If you took the plunge and became a beekeeper this year, congratulations! Hopefully all is well. Now it’s time to consider what should and should not “bee” as we beekeepers finish out the summer beekeeping season and prepare for fall and winter.

By this time, you have installed your packages of bees and/or nucs (nucleus colonies) in the hive and they are building up, splits of strong hives are building up as well, and swarm season has come and gone.

Adding To The Hive

Although swarms do occur late in the season (I have caught swarms as late as September here in southeastern Ohio), colonies that are started after the first of July have a difficult time building up enough stores to survive the winter.

As the hive grows in numbers (housing as many as 50,000 individual honeybees in the middle of the summer), add brood boxes or honey supers only as necessary. You started out with a deep or medium brood box, and once that box was filled approximately 70 percent with drawn out comb, brood, pollen and honey, you added another box. On average, the brood area will take two deep or three medium boxes. You place the honey supers above them. Too many empty brood boxes or honey supers on a weak hive are an open invitation to wax moth infestation as well as small hive beetles and ants.

Keep in mind that bees prefer to be crowded, but not too crowded. Overcrowding and overheating are the two main causes of swarming, which honeybees use as a way to establish a new colony and reproduce the species.

A very wise fellow beekeeper once told me, “You will have more honey in a hive on the first day of July than on the last day of July.” This situation generally occurs due to the lack of forage in the middle of the summer, commonly referred to as a dearth. During a dearth, the colony will consume more of its stores of honey and pollen than is being replenished by foraging, due to lack of blooming vegetation, drought or even thunderstorms. It is also during this time that a strong hive may try to rob a weaker hive, thus the term “robbing.”

If you notice what you believe to be a robbing situation, reduce the size of the entrance to the hive immediately, thereby allowing the guard bees to do their best to protect the colony. When the weather is too cold (generally below 52 degrees Fahrenheit), too wet and at times of dearth, consider a sugar-water supplement (mixed as a 1:1 ratio) for your bees. I use the word “supplement” since you will notice that as long as there is a nectar flow, your honeybees may or may not consume it.

In order to know if something is wrong with your hive and/or your bees, you first have to know what things look like when they are right. Start by observing the activity at the entrance of the hive. Depending upon the time of year, the temperature and weather conditions, a strong hive should have more bees coming and going than you can count, whereas a weak hive will have much less activity.

Try to pick beekeeping days that are as nice as possible, 65-85 degrees Fahrenheit, with average humidity and mostly blue skies. Avoid pulling out frames of a brood below 65 degrees since you run the risk of chilling the brood.

By now I bet you have suited up, lit the smoker, and then lit the smoker again after it went out the first time (everything takes a little practice). The use of a smoker inhibits the ability of the honeybee to communicate through the use of pheromones. Some beekeepers prefer to use a mist of sugar water on the bees (wet bees don’t fly well) instead of smoke, while some prefer neither. A little research will determine which method works for you.

Dive Into The Hive

Remove the top cover and go down inside. Work slowly and observe what’s going on. I have been a first-time beekeeper and understand your excitement (fear?) all too well. Learn to identify as much as you can in the hive by having a mentor point out the kinds of bees in the hive, reading books and gleaning information from the internet.

Do not start out by pulling a frame from the middle of the hive; it’s too easy to crush the queen accidentally. Remove the outside frame, observe, set it aside and then check the adjoining frames one by one. Most obvious will be the worker bees calmly going about their duties making wax, drawing out comb, storing nectar and pollen, tending to the brood and the queen. Yep, that’s the queen right there; her abdomen is a little longer and she has a group of attendees taking care of her every need.

If you don’t spot the queen, don’t feel bad, most of the time she is difficult if not impossible to locate in a strong hive. Sometimes your queen will come marked from your supplier with a colored dot on her back. If the International Color Code system is used, green relates to 2014.

Last but not least will be the drones, larger bees (sometimes confused with the queen) with a big, rounded abdomen and large eyes, but no stinger. Their sole purpose is to eat, leave, mate with a queen and never return.

Make sure you put the frames back in the same order they came out and that they are turned the same way. Try not to be in a hive any longer than is necessary. From personal experience, 10 to 15 minutes is sufficient.

Some beekeepers pull honey on the first of July, then feed a 1:1 ratio of water and sugar to keep the colony strong for the next round of bloom in August or September. With a new hive, the first year often doesn’t produce enough honey for the beekeeper to take. On average, a hive needs two deeps or three mediums, or a deep and a medium brood box, to make it through the winter to bloom next spring. Northern areas of the U.S. will need more and southern areas fewer.

Above all, leave plenty of honey for the colony to use through the winter. Honeybees are natural hoarders and will continue to produce honey as long as there is nectar available. Do a little research to determine what is adequate for your area. There is nothing that says you have to take the whole box of frames out at once. You can take out a few at a time, but remember to put in empty replacement frames as you go.

When To Feed ’Em

The end of summer and beginning of fall mean that plants such as goldenrod and asters, to name a few, should provide your bees with nectar and pollen as stores to get them through the winter. If you don’t see flowers blooming, feed your bees now—the earlier the better. Unlike the 1:1 ratio used in the spring to build up your colonies, mix one part water to two parts sugar so your bees can turn the solution into honey stores as quickly as possible. Once again, if there is a nectar flow, you won’t see the levels of sugar water go down much until after the flowers stop blooming.

The queen will be laying fewer eggs, which means fewer bees, and it’s these bees that will protect the colony and queen until next year. Reduce the size of the entrance as there will be fewer bees for guard duty. Remove any empty boxes. It’s easier to heat a small house than a big house, and the same applies to your hive.

In colder climates, many beekeepers wrap their hives with tar paper for added protection from the cold and wind. If you have had problems with a queen not building up the colony or having a spotty brood pattern, consider replacing her (requeening). Your hive stands a better chance of overwintering with a good queen and adequate stores of honey and pollen.

Beekeeping has many variables; it can be a one-hive hobby or a 1,000-hive operation. The first-year beekeeper wants everything “perfect.” The most frustrating time is when a hive (or hives) die. Do not quit! Do the best you can, hope for good bees and good weather. Beekeeping is a type of farming and it’s all at the mercy of Mother Nature. 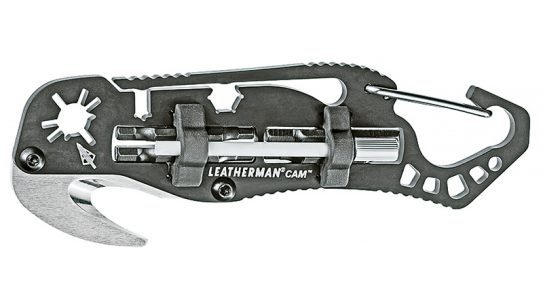 These pocket-sized rescue tools can help you cut your way to freedom and repair...