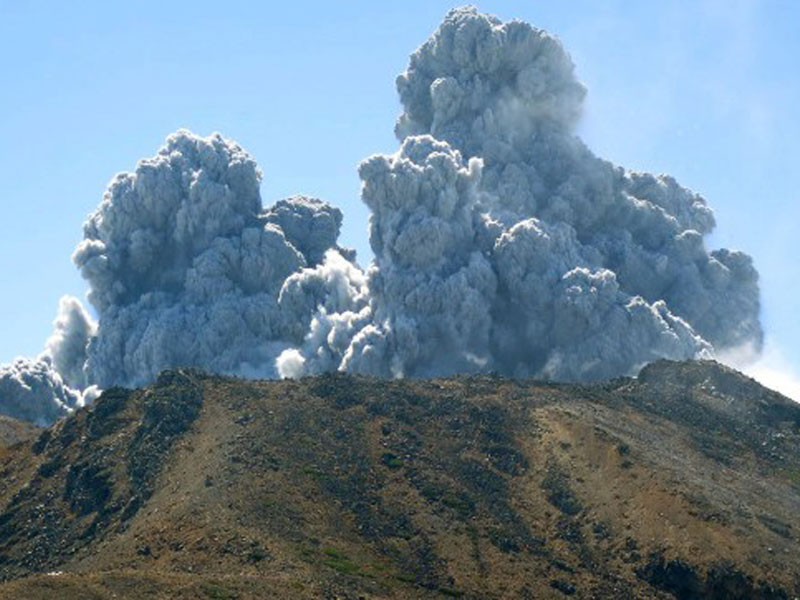 At least 31 people are presumed dead after the unexpected volcanic eruption of Mount Ontake on Saturday Sept. 27.

The volcano in central Japan unleashed a huge cloud of ash late Saturday morning that billowed down the mountainside and engulfed hikers in its path. Witnesses described hearing a sound like thunder when the eruption began.

A coroner confirmed the first four deaths on Sunday morning. Dozens more were declared as the day went on. Rescuers continue to search for other hikers who have been unaccounted for. The exact number of those unaccounted for is unclear, as it is unknown how many hikers made it off the mountain.

Aside from those pronounced dead, more than 25 people were reported to have been injured, 10 of them serious, according to the government of Nagano prefecture. There are also dozens of injured hikers that remain trapped inside of mountain cottages covered in volcanic ash. According to officials, 17-20 inches of ash volcanic ash covers the ground of some areas on the mountain.

This is the first major eruption on Mount Ontake in 35 years and it is predicted that another large volcanic eruption could happen very soon.

The Japan Meteorological Agency has raised the Volcanic Alert Level for Ontake from 1 to 3. That means the public is advised to not approach the volcano, the summit of which is at an altitude of 10,060 feet (3,067 meters). The agency warned that another large eruption could take place in the next six days or so. Small continuous eruptions continued Sunday.

Relatives of the missing hikers remain near Mount Ontake, waiting for news of their loved ones. More than 350 rescue workers are now searching the ash-covered mountain side, looking those who are trapped or missing. 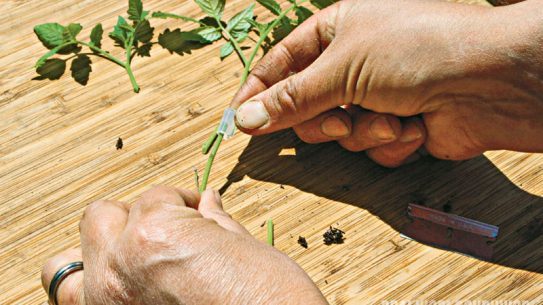 If your self-rooted tomatoes are sickly and low yielding, graft your favorite varieties onto...