On Sept. 20, Eric Cheng captured this amazing footage of Iceland’s Bardarbunga volcano erupting. The eruption was too dangerous to be approached by a manned aircraft, so Cheng sent flew an arial drone containing his GoPro over the crater. The heat being emited from the volcano was so intense that it melted the drone’s GoPro camera. Thankfully, the memory card remained intact. According to Cheng, the conditions on the day of filming were good, with clear skys and winds that were blowing in the right direction, minimizing his exposure to dangerous fumes coming from the eruption site.

According to the Weather Network:

Iceland’s Bardarbunga volcano has been erupting since late August, sending sulphur as far as Norway, some 1,300 kilometres away.

The Weather Channel explained that high pressure over Scotland, combined with wind and little rain, are what enabled the fumes to travel so far.

Bardarbunga is Iceland’s fourth most-active volcano, having last erupted in 1794. An eruption of this size and duration has the potential to cause major air traffic delays, the likes of which were seen in Iceland’s 2010 Eyjafjallajökull volcanic eruption.

As of now the volcano shows no signs that it will stop erupting any time soon. The lava field around the Bardarbunga continues to grow everyday, adding to the ever-changing geography of the area surrounding one of Iceland’s many active volcanos. 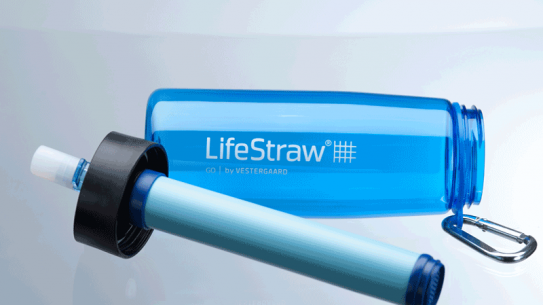