Photo by EPA via independent.co.uk
Soldiers brought victims of lightning strike to helicopters where they were air lifted to a nearby hospital.
Comment(s)

A lighting strike killed 11 members of an indigenous tribe in Colombia’s remote Sierra Nevada mountains around 3 a.m. Monday after an electrical storm broke out in the region.

The lighting struck during a ritual of the Wiwa community’s government. Along with the 11 that have been confirmed dead, 13 are severely injured, reported CNN affiliate Carocol TV.

Bernardo Gil Moscote, a member of the community, told Colombia’s El Tiempo newspaper that villagers were gathered in a ceremonial
hut to discuss problems the community was facing. He had stepped out to get a drink when he heard crashing thunder that shook the mountains.
“When I got back, the hut was on fire,” he told the newspaper, “and you only heard men screaming.”

According to other members of the tribe, thunder storms like this are common in the region, but their village has never experienced a tragedy of this nature before.

“The Wiwa community has never had anything like this,” Rafael Mujica, speaking to El Tiempo, said. “A year ago, a [ceremonial hall] in the village of Kogui was struck by lightning, but nothing happened.”

Despite the remoteness of the village, this tragic event has made headlines across the country, filling Colombian television channels with images of the burned-down hut.

This morning, Colombian President Juan Manuel Santos tweeted his condolences to the families of the victims and said that military and police helicopters were working to evacuate the victims.

“I know that this is normal, that it is something that comes from nature, but nothing like this has ever happened there,” said Marta Cecilia Gil, who tearfully    told Caracol her brother and brother-in-law died in the lightning strike.

Related Stories: How to Survive a Lightning Strike 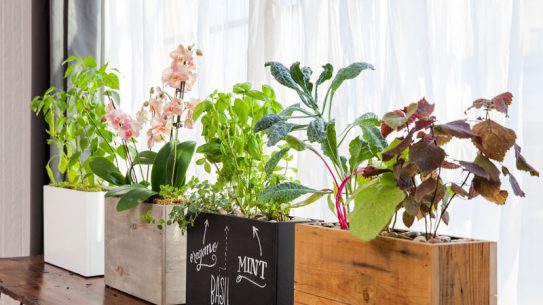 Modern Sprout brings all of the benefits of hydroponic growing to your home, and...