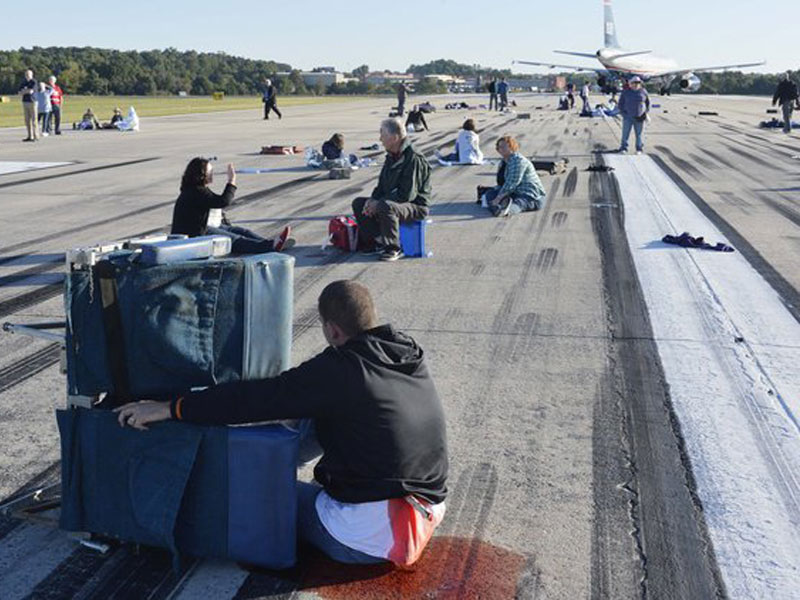 Photo by ROBERT LAHSER - rlahser@charlotteobserver.com
Volunteer Chris Muncey waits on the tarmac for medical attention playing the role of passengers from a Airbus A319 plane that collided with a small plane.
Comment(s)

On Sunday, Charlotte Douglas International Airport held its first ever disaster simulation in the runway.

According to the Charlotte Observer:

The realistic scenario, based on past crashes at other airports, was meant to test Charlotte Douglas’ plans for an air disaster and give first responders the chance to work together and practice their technique. More than 130 volunteers played the part of plane crash victims, many injured or dead, while about 200 workers from a dozen agencies participated in the drill.

The scenario was that a fully-loaded Airbus A319 passenger jet collides with a smaller general aviation jet during takeoff, when the smaller jet accidentally crosses in front of the Airbus on the runway. The result is disastrous, as the smaller jet is completely destroyed and the passengers are thrown out of the shattered Airbus.

While the scene was a gruesome one, it allowed people to prepare themselves for a situation of this magnitude.

“It’s in the hopes that if we do have a rare and unfortunate event, we’re prepared,” said airport Operations Manager Jimmy Mynatt. The drill lets first responders test communication systems and other critical disaster responses that are rarely used and ensures that the first time they work together isn’t during a real emergency.

The Federal Aviation Administration requires drill such as these to be held every three years.
The “victims” of Sunday’s drill were mostly Red Cross volunteers and paramedic students.Upon arriving they were given their “symptom cards” listing injuries from minor cuts to deadly injured, including being impaled on a pole or missing limbs.

The simulation started with a fire whooshing up from the smaller private plane that had crossed the Airbus’ path. Within minutes, firetrucks swarmed the runway, firefighters jogging next to them to make sure they didn’t run over anyone.

“If you can hear me and you can walk, come this way!” a firefighter yelled, and the “walking wounded” stirred up like zombies, shuffling forward on twisted ankles or moaning as they clutched various cuts and burns. A triage area was set up, a medevac helicopter landed, and firefighters and medics moved the more seriously injured on stretchers and backboards.

Kevin Staley, deputy director of Medic, said that a realistic disaster simulation such as this is meant to ensure that first responders have some idea of what to expect if a crash like this were to occur.

Related Stories: How to Survive a Plane Crash 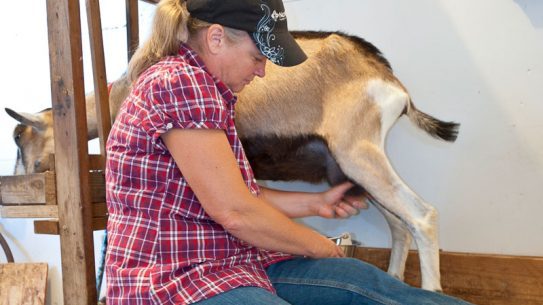 Make the switch to goat milk and enjoy the many benefits that come from...