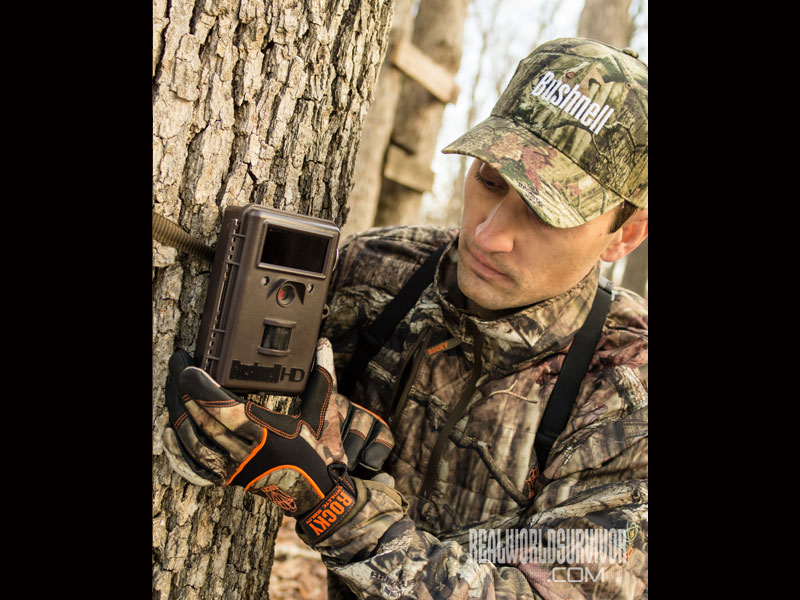 1 of 12
Photo by Howard Communications
Setting Up A Trail Camera
Once just for deer hunters, game cams are all the rage with many homesteaders these days, too. 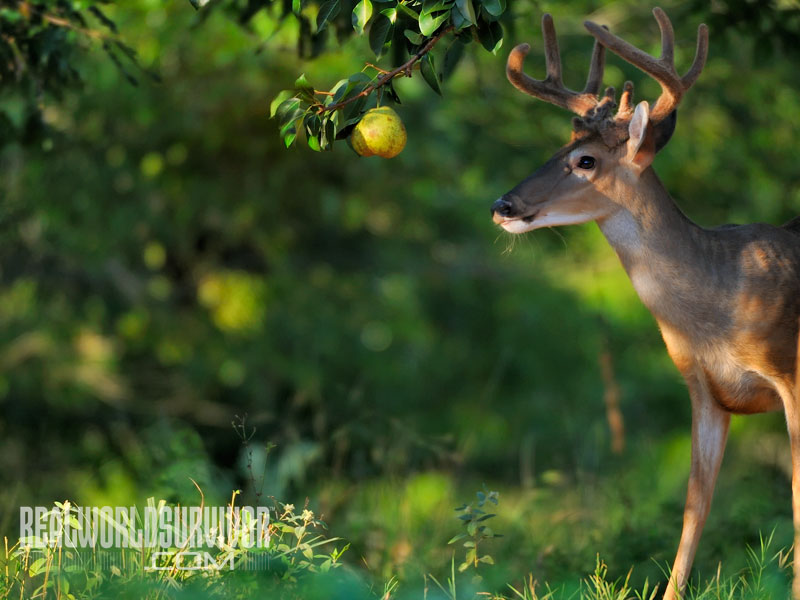 2 of 12
Photo by Tes Jolly
Growing Hobby
What was primarily a seasonal hobby in the deer woods has expanded to a year-round passion stretching from suburban backyards out into the wilderness. 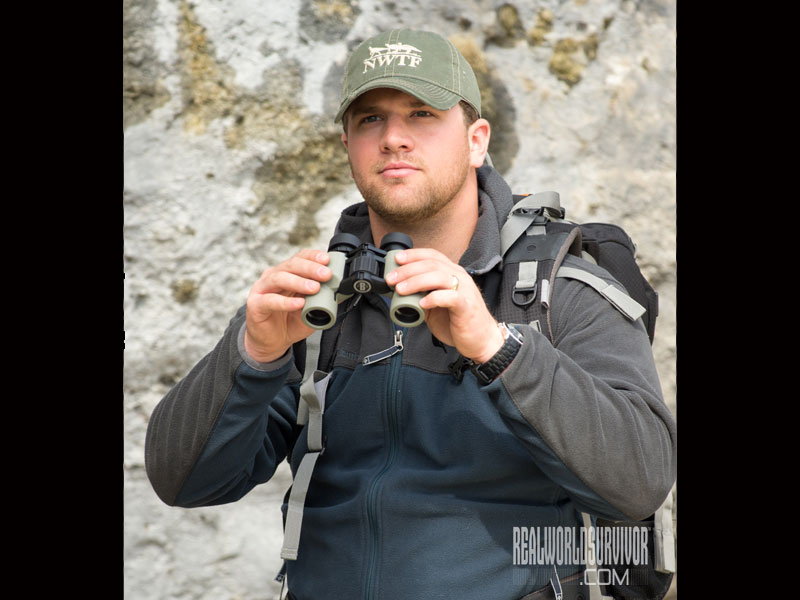 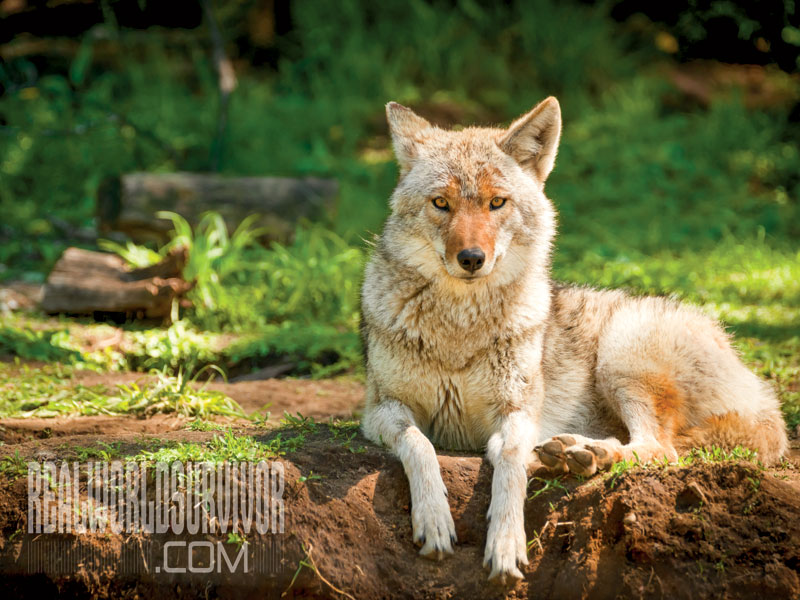 4 of 12
Photo by Big Stock
At Home Monitoring
Some of these cameras can be monitored from the comforts of home or by way of a smartphone. Good camera setups are near watering holes, frequently used game trails, food sources and the like. 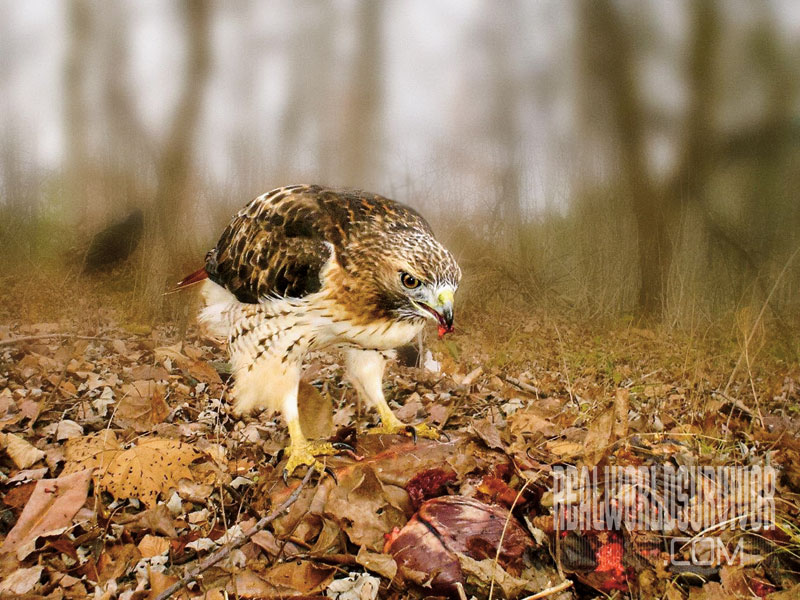 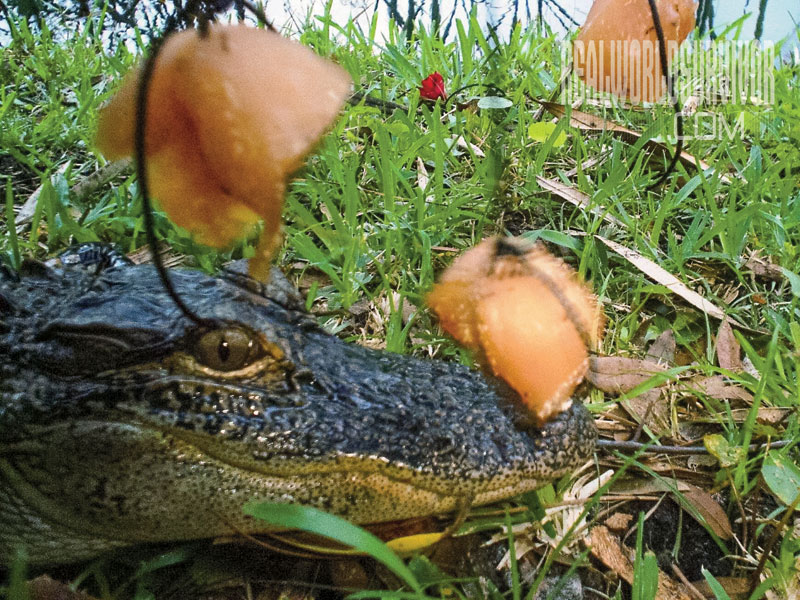 6 of 12
Photo by Gil Lackey
Alligator on Bait
Leaving your game camera near bait is an excellent way to snap some great footage of wildlife. 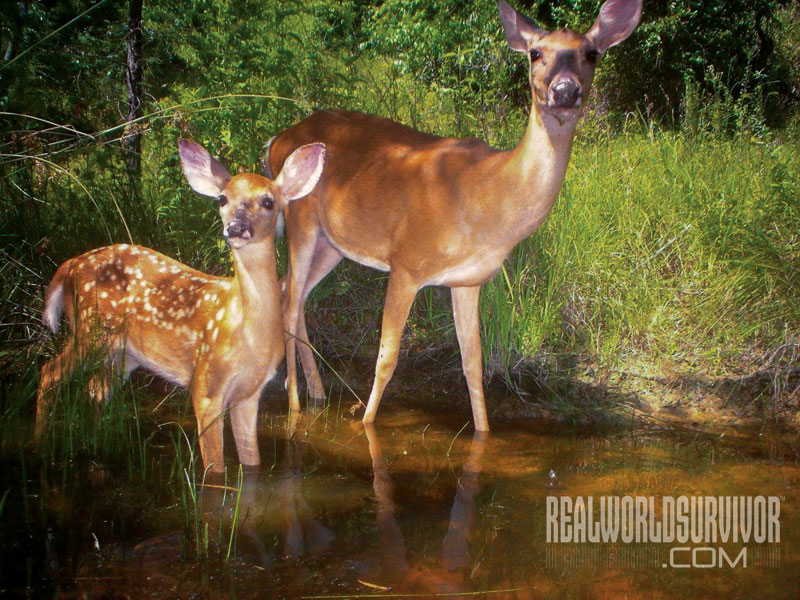 7 of 12
Photo by Gil Lackey
Deer in Water
A game camera placed near a watering hole snapped this picture of a doe and its fawn. 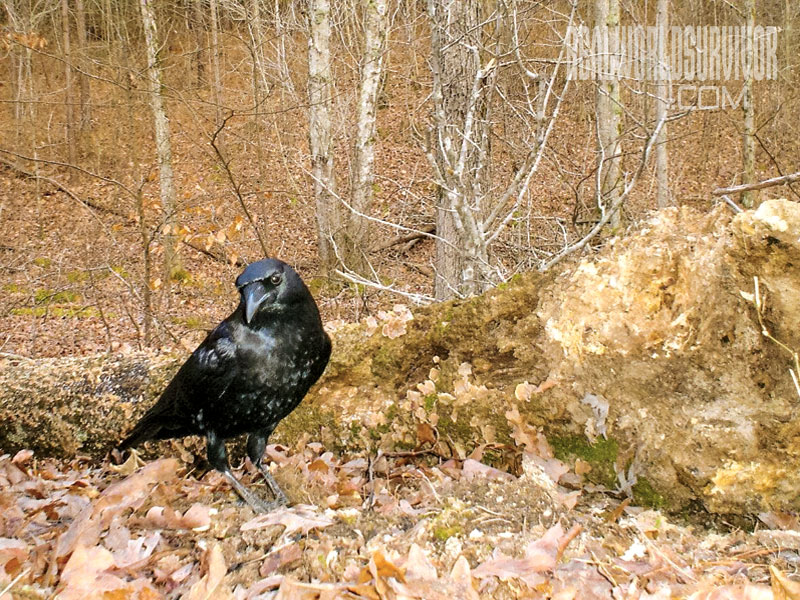 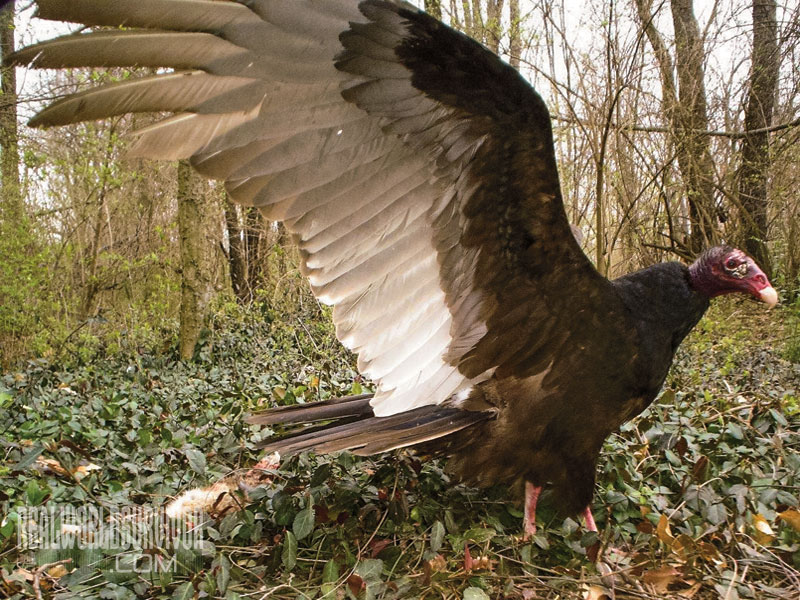 9 of 12
Photo by GIl Lackey
Turkey Vulture
From panthers to poachers, the list of critters folks are keeping tabs on is endless 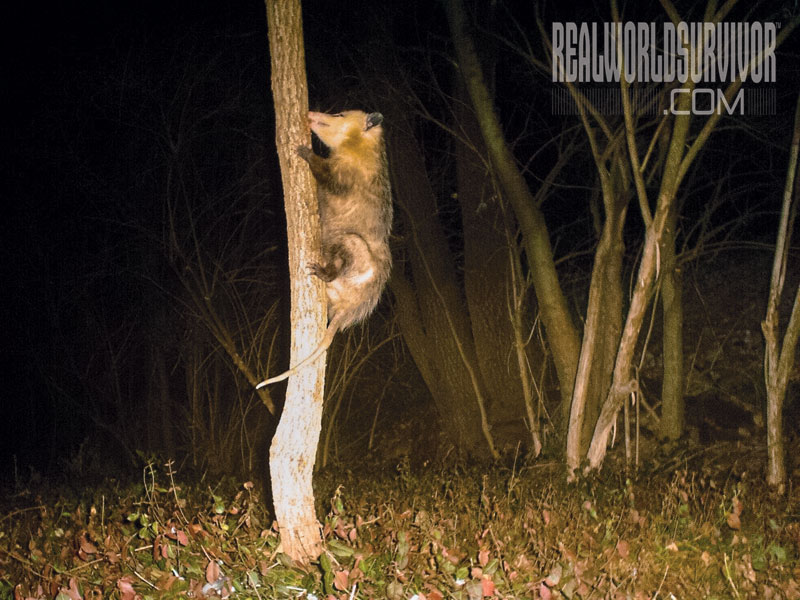 10 of 12
Photo by Gil Lackey
Possum Baited up a Tree
Place your camera where the animals already want to be or use scents or bait to lure them in and keep them in front of the camera. 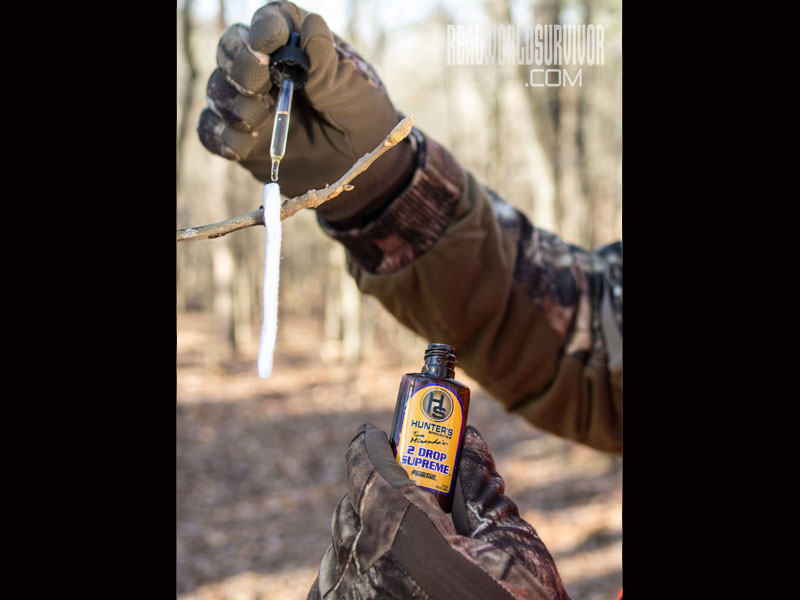 11 of 12
Photo by Howard Communications
Using Deer Scent
Ask your local trapper for advice on which commercial or homemade scents to use for animals specific to your area. 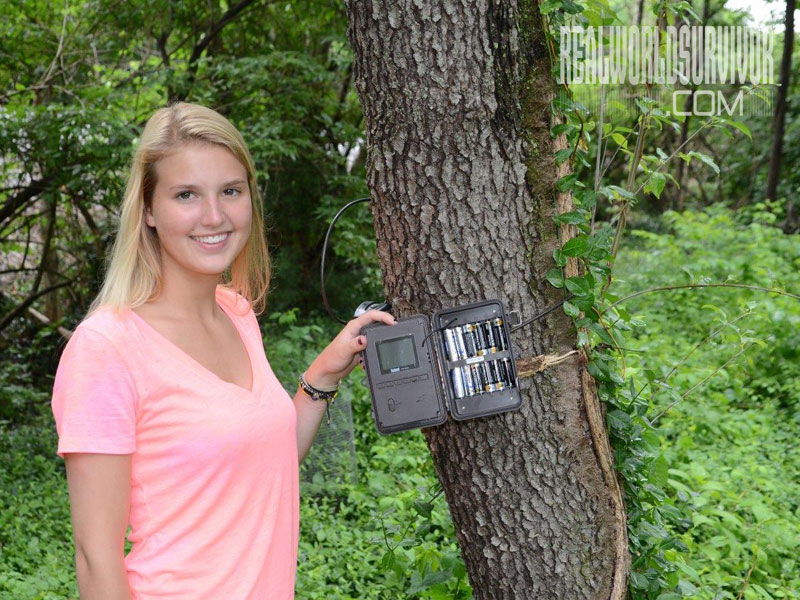 12 of 12
Photo by Gil Lackey
Urban Wildlife Watching
The author’s niece, Ellie Lackey, sets up a camera for coyotes in an urban neighborhood. Game cameras have become increasingly popular with wildlife watchers. 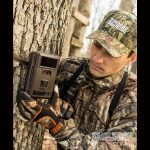 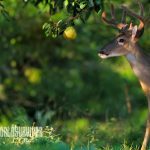 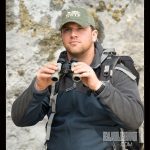 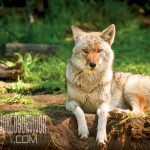 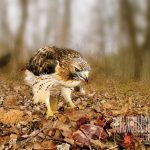 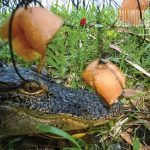 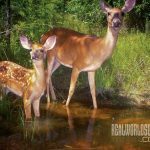 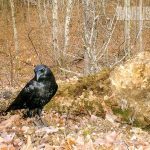 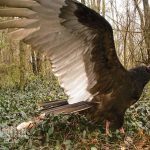 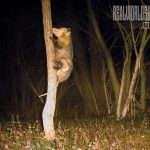 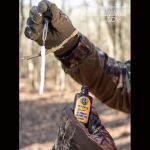 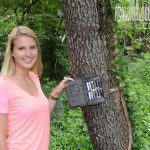 A little piece of string is what started it. When an animal tripped the string stretched across a trail in the woods, an innovation called the Trailtimer recorded the time of the event. Years later, advancing technology allowed wildlife biologists to do research with remote monitoring cameras. Deer hunters soon jumped on the bandwagon to get these “trail cameras” to help them kill their bucks.

These days, trail cameras are often known as game cameras because monitoring deer trails is only a fraction of their overall capability. From panthers to poachers, the list of critters folks are keeping tabs on is endless. What was primarily a seasonal hobby in the deer woods has expanded to a year-round passion stretching from suburban backyards out into the wilderness.

Many of today’s cameras are as easy as this: install batteries and a memory card, affix the camera to a tree or fencepost and switch the unit on. Sensors inside a waterproof housing detect heat and/or motion and trigger the camera to take photos while you’re away.

Modern game cameras are packing an array of options at reasonable prices while being easier than ever to use. Before buying, prioritize your needs because there are tradeoffs with all choices. If photo quality is important, consider a white flash (incandescent) camera, which takes high-quality color night photos. If stealth is critical, think about an infrared flash (sometimes referred to as a “black flash,” “no flash,” or “no glow”) camera. The flash won’t alert subjects, and you’ll get longer battery life, but you will have poorer image quality and black-and-white night photos. Once very popular, red flash (or red glow) cameras are falling out of favor because they not only scare animals, but also produce inferior image quality.

Other important questions to answer are how quickly a game camera recognizes a subject and snaps a photo (trigger speed), its flash and detection range, its battery life and its megapixel and camera size. Some cameras now have a time-lapse feature that takes photos at designated intervals rather than relying on the subject to trigger the photo. Others use wireless cellular technology to email or text photos almost instantly.

Although the quality of game cameras has greatly improved, the technology has advanced so quickly that reliability has at times been compromised. Some camera models have glitches that have never been fixed. To avoid these purchasing pitfalls, go to chasingame.com and trailcampro.com and do a little homework. These game camera review sites will tell you which models are the easiest to use and have the most programmable features (flash intensity, burst mode, interval between pictures, etc.). Compare the photo examples, and choose the camera with the image quality for your trail needs.

Want to find out who’s littering, trespassing, stealing or poaching on your land? What critter is eating your corn crop or raiding the trash cans? Most of the commercial game camera companies have come out with products specifically designed to answer those questions.

In most cases, a black flash (no flash) camera is warranted so the subject is unaware of surveillance. Take great care in hiding the camera by hanging it high or in an unlikely location. Surveillance cameras often feature camouflage cases or are even built inside fake birdhouses or other unassuming structures. High-megapixel cameras are often used so you can zoom in on license plates or faces. Many intruders have been identified and convicted using surveillance game cameras.

Whether chasing birds, bears or beavers, you can either seek out the critters or coax them to you. For deer, you can hang a camera with a long flash range on the edge of a field or food plot. Another popular method is to angle the camera up or down a deer trail to capture shots of them coming and/or going. You can also set up over deer sign such as tracks, scrapes or rubs. Dozens of commercial and homemade scents and food attractants are available, but the most common deer lures are corn and mineral supplement/salt licks. Make sure you follow your state’s baiting and supplementary feeding laws.

Corn is also effective on those large flocks of fall turkeys, but the more compelling feathered photos are taken when gobblers strut their stuff during the spring mating ritual. You can place a camera where you have previously seen birds strutting or where you find their strut marks. Parallel lines in the dirt are made when gobblers drag their primary feathers while swaggering for the ladies.

Predators such as coyotes, foxes and bobcats are a challenging but rewarding pursuit. Raw meat and fish are your best options to attract and keep predators in front of the camera. Ask your deer processor to fill a bucket with cull venison cuts or toss a cast net for baitfish.

Predators tend to drag bait out of frame, so cut whole bait into small pieces (to keep them coming back for more photos) or tether bigger morsels (like a deer gut pile) in front of the camera. If you set your bait out in the open, scavengers like turkey vultures will usually pick it off almost immediately. Other excellent predator magnets are lures and blended baits. These include glands, secretions, urines, oils and bait mixes that are concocted to entice specific animals. Ask a local trapper for advice about the most effective predator attractants in your area.

Want to get the most out of your photo sessions? Keep the following tricks of the trade in mind when setting and maintaining your shoots.

Think Thick: Although you’ll find animals out in the open from time to time, you’ll get more pictures if you set up in thicker areas where most wildlife feels more secure. If you still have sunlight sifting through the foliage, try to face your camera east or west so photos aren’t “blown out” by the rising and setting sun.

Keep It “Clean”: Control your scent by wearing gloves, by checking your camera infrequently (every couple of weeks or so) and at mid-day, and by moving your camera often. To avoid blurry images, keep your case lens clean by periodically wiping it off.

Get Creative: Once you get the hang of it, use your imagination to make your pictures more interesting. Although you usually want the camera pointing at a subject’s eyes, that doesn’t mean the camera has to be at eye level. To make a turkey look gargantuan, try pointing the camera up from almost ground level. Or set up on a turkey nest or dusting area for exciting action. Hang a camera over water during a drought or overlooking a beaver dam where wildlife is forced to cross. Use a deer or turkey decoy if you’re not afraid to get it knocked around by a confused or even combative critter. Try putting bait directly on top of your camera to get extreme close-ups of your subjects. Set up overlooking a fox or coyote den. Place meat or scent lures on a fallen log over a ditch or creek to catch predators feeding several feet in the air. Make your photos more compelling by setting the scene.

Game cameras have come a long way in a short time. These days, there is a price point and an application to suit almost everyone. Although today’s cameras are loaded with great features, they are still easy to use. Whether for hunting, surveillance or just watching nature, there is a game camera out there for your needs.

How About A Homebrew?

Homebrew cameras are custom-made game cameras using removable point-and-shoot digital cameras with aftermarket cases and electronics. These cameras are modified, or “hacked,” to connect to a control board, which turns the camera on when heat/motion is detected and takes a picture. You can build your own or buy online from a homebrew dealer.

In general, the quality of a homebrew is higher than a commercial camera because better case lenses, better cameras and higher quality soldering material are used. In turn, you’ll get higher resolution images. Units are built to the buyer’s needs. Check out FiremanJim’s fully tested, one-year 100-percent guarantee homebrews at jtswildlifecameras.com.

This article originally published in THE NEW PIONEER® Fall 2014 issue. Print and Digital Subscriptions to THE NEW PIONEER magazine are available here. 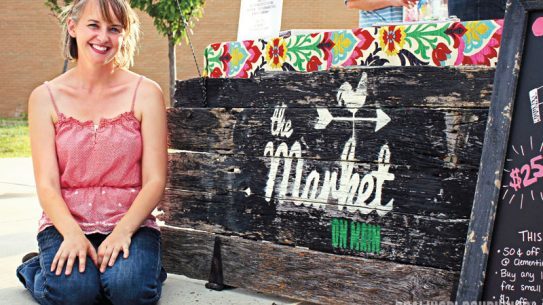 6 Secrets To Selling At Farmers Markets