Photo by wikicommons
The Horse Shoe Brewery in London
Comment(s)

To some, the idea of streets filled with free, fresh-brewed beer seems like a dream come true. But when its over 1 million liters of beer in a tidal wave at least 15 feet high, such as it was in the London Beer Flood, that dream quickly becomes a nightmare.

On Oct. 17, 1814, a vat of porter broke open at the Horse Shoe Brewery on Tottenham Court Road in London, flooding the local area, destroying two homes and killing eight people.

George Crick, the clerk on duty, told a newspaper what happened: “I was on a platform about 30 feet from the vat when it burst. I heard the crash as it went off, and ran immediately to the storehouse, where the vat was situated. It caused dreadful devastation on the premises – it knocked four butts over, and staved several, as the pressure was so excessive. Between 8 and 9,000 barrels of porter [were] lost.”

The beer flooded the nearby slum of St Giles Rookery, trapping families in the cellars where they lived. Many of the people killed were swept away with debris as the tidal wave tore through the streets.

After the incident, hundreds of Londoners came to visit the ruined beer vat and the destruction that the beer left in its wake.

According to The Independent:

An inquest heard that there had been an indication that the vat was unstable earlier in the afternoon of the 17th, when one of the metal hoops holding it together snapped. A jury cleared the brewers of any wrongdoing, considering the incident as an unavoidable act of God. Henry Meux & Co., the owners, received a refund for the excise duty they had paid to produce the beer they had lost.

The Horse Shoe Brewery soon went back into production, only closing in 1921, when it was replaced by the Dominion Theatre. The terrible scene that unfolded there two hundred years ago has been largely forgotten, although a local pub – The Holborn Whippet – brews a special anniversary ale each year. 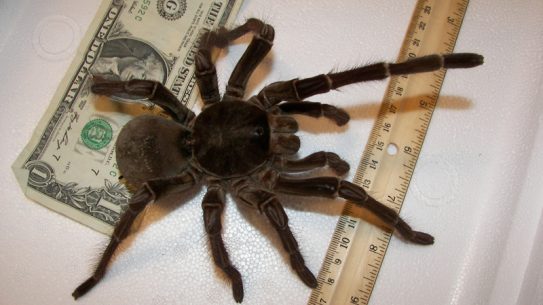