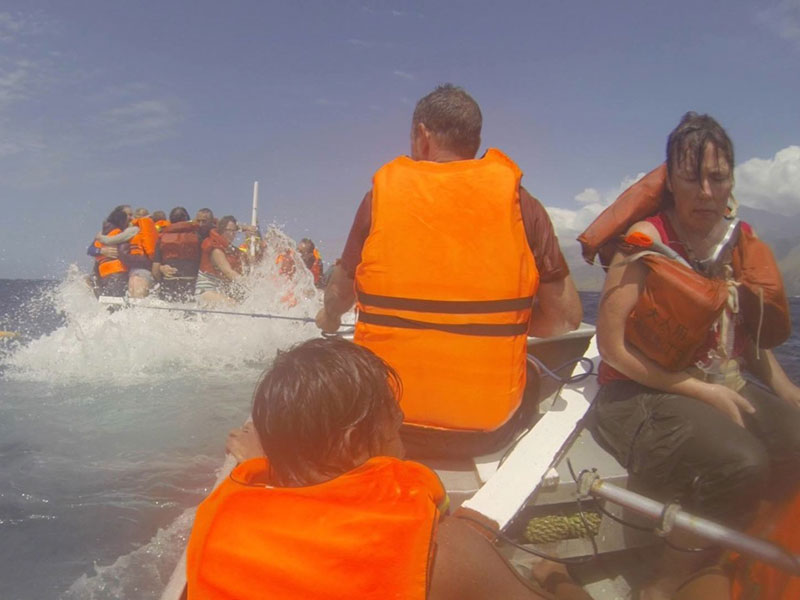 A dream vacation in Indonesia quickly went wrong for a group of 20 tourists after the boat they were on hit coral reef and began sinking back in August.

The boat was traveling from Lombok to Komodo Island.

Passenger Wilbert van Haneghem, a cabin attendant for an unnamed airline, took charge once the boat began to sink as the “five crew members provided no instructions to the passengers,” he wrote in his blog.

Van Haneghem made sure everyone had proper instructions on how to use their life vest and even handed out snorkeling equipment to some.

After the group was pulled out of the sinking boat by a large wave, some boarded a tiny, four-person lifeboat — which ended up fitting six — while others remained in the water.

“Thanks to my preparations — and some luck — the sloop lay just outside my door, ready to board,” van Haneghem wrote in his blog. “I was in a perfect position to pull people out of the water and into the boat, and to call everyone together. It took just a couple of minutes.”

With the lifeboat nearby, part of the group attempted to stay on the sinking boat for as long as possible before making the decision to swim to an island that was approximately three miles away.

“Six of us were in the lifeboat — looking something like a sweeper truck — behind the swimmers,” van Haneghem said. “And, in so doing, we managed to save seven exhausted swimmers.”

The other group of passengers continued their swim to the nearby island, two of whom were lost during the swim and not found by search teams later on.

However, 10 swimmers eventually made it to the island after six hours in the water. The island turned out to be deserted and the site of an active volcano.

Bertrand Homassel, a French passenger who swam to the island, told the UK-based Independent that after being “dehydrated and sunburnt after lengthy exposure to the harsh tropical weather, they resorted to drinking their own urine and eating leaves” for survival.

Five passengers on the island were rescued by a fishing boat the first night, Saturday, while the other five were saved by a passing boat the next day.

Meanwhile, back on the lifeboat, it took van Haneghem and the remaining 13 passengers a little longer to be rescued. After nearly 40 hours, a group of fisherman found the lifeboat on Monday and took the passengers to safety.

“It can be hard to remain positive when a situation goes from bad to worse,” van Haneghem wrote. “We were exhausted. Some of us were hurt. Even so, we kept paddling, we kept encouraging each other and we kept thinking of home. All of that kept us going.” 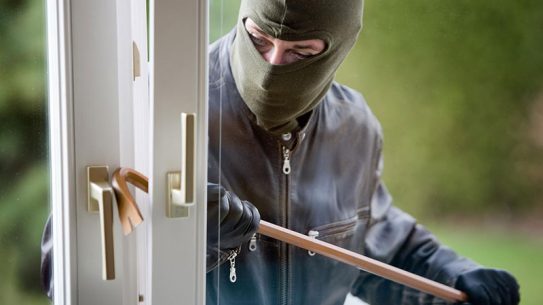 Take your home security to the next level with these critical defense systems, including...