An active lava flow on Hawaii’s big island is gaining speed, prompting local authorities to warm residents of the remote town of Pahoa in the Puna district to prepare for evacuation.

Weather.com reports that the lava flow has advanced about 250 yards since Saturday morning and is currently moving at about 10-15 yards an hour, consistent with earlier flow movement.

By Saturday afternoon, the lava flow had crossed Apa’a Street, and by Sunday, the front moved through a predominantly Buddhist cemetery. The flow front is only a half-mile from Pahoa’s main street, Pahoa Village Road.

Civil Defense personnel and emergency response teams were starting a door-to-door sweep of homes near the village of Pahoa, officials said, to inform residents of the progress of the molten rock. Others were warned to stay indoors to avoid smoke.

Hawaii County officials said in a 9:30 p.m. local time Sunday (3:30 a.m. Monday ET) update that said the flow was 600 yards from the main road in the town. “Residents in the immediate downslope area of the flow path have been advised to prepare for possible evacuation tonight,” the update said. “Due to the unpredictability and inconsistency in the flow rate of advancement, precautions will be taken to ensure the safety of all residents.” The Red Cross opened a shelter for displaced residents, Hawaii News Now reported.

NPR.org reported this morning that Hawaii Gov. Neil Abercrombie has requested a presidential disaster declaration and a state of emergency was declared in Hawaii County last month.

Kilauea volcano has been erupting continuously since 1983. The current lava flow began in June.

A dangerous result of the lava flow is a large number of methane explosions.

Janet Babb, a geologist and spokeswoman for the Hawaiian Volcano Observatory, said an “unnerving” number of methane explosions had been observed. Decomposing vegetation produces methane gas that can travel subsurface beyond the lava front in different directions, accumulating in pockets that can ignite, she told reporters in a Sunday conference call. 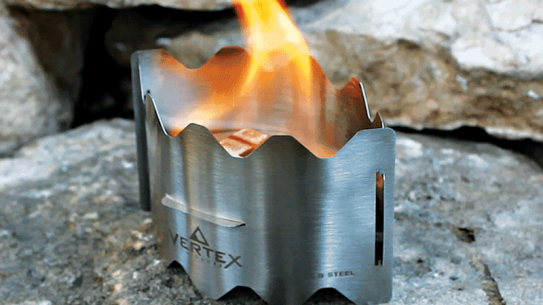 Modern mountain survival gear to get you through the worst in the backwoods!