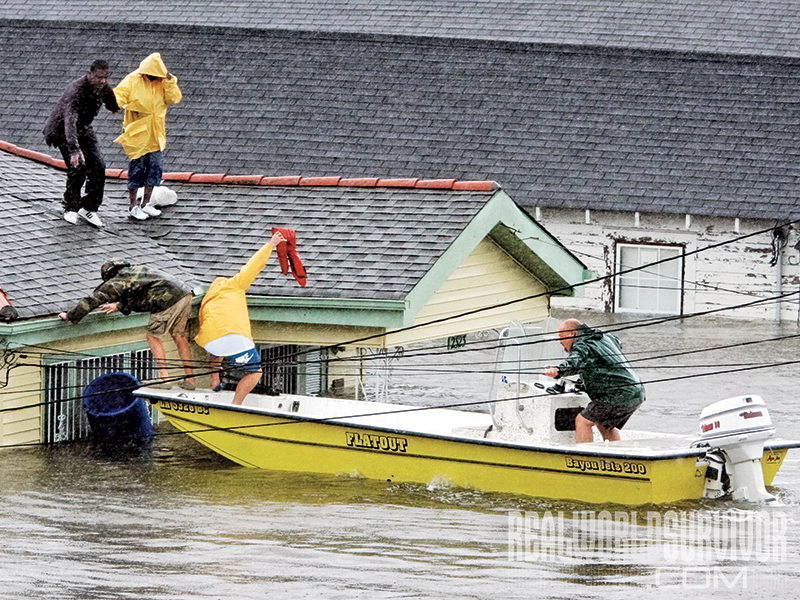 1 of 4
Plan Ahead
In a crisis situation, you can’t rely on others to rescue your family. You need to plan ahead to give yourself options. 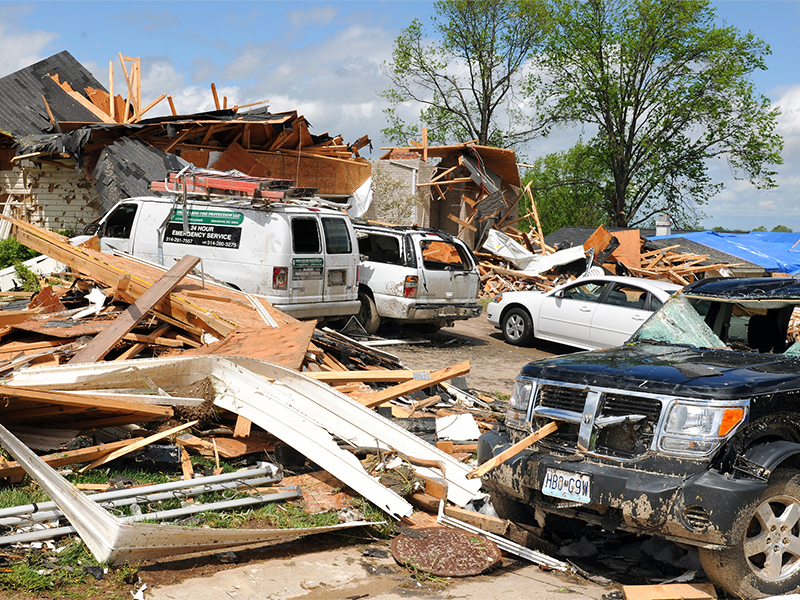 2 of 4
Photo by BigStock.com
Aftermath Injuries
Make sure your family has assigned responsibilities that will give each member direction and purpose. The myth after Katrina hit New Orleans was that FEMA was supposed to be accountable to solve every problem and tend to every need. That may be true for some, but I wouldn’t stake my family’s welfare on it. 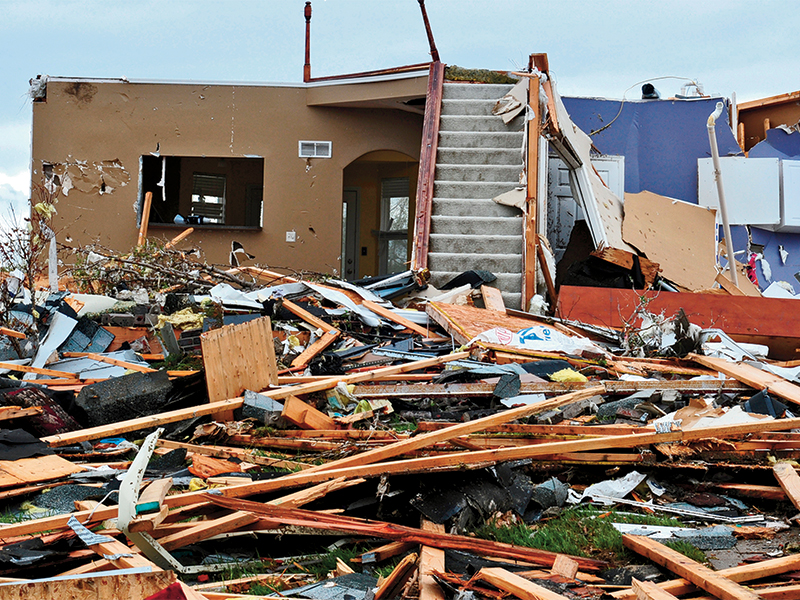 3 of 4
Photo by BigStock.com
Disaster Logistics
Make sure you have enough water and food, but don’t forget that those are the first items to be replenished; America is good to people in need. 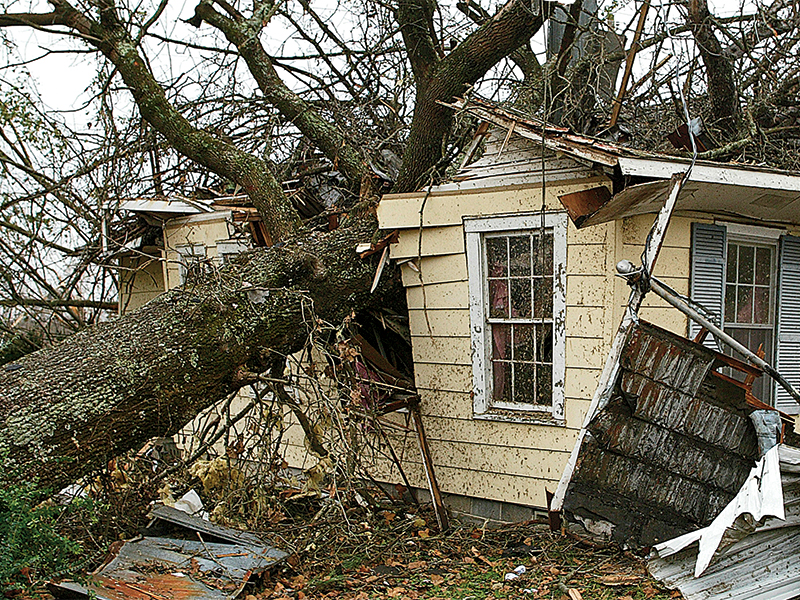 4 of 4
Photo by BigStock.com
Survival Basics
This includes how to make a fire, how to dress a wound, how to tie knots, how to live without power for a period of time, etc. This is where prior preparation helps the most. Not so much by gathering gear, but learning skills that will be useful. Don’t just buy a book on survival, but take a course where you live out of your “go bag” for several days. 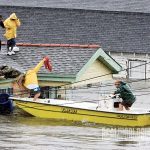 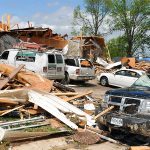 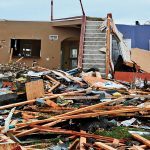 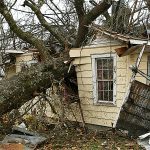 If you woke up one morning and found that your whole community had been devastated, with no effective fire department or police force on the streets, your power was out indefinitely, that you had no running water, that the roads around your home were impassable, which really didn’t matter since your car was disabled and covered in debris, and your family was looking to you for support and stability, what would you do?While some people think situations like that happen only in disaster movies, this has happened to my family several times.

While I don’t wear this fact as a badge of honor, I have learned much after living through three of the top 10 most destructive hurricanes in U.S. history (Donna in 1960, Andrew in 1992 and Katrina in 2005, all of which were Category 5 storms) as well as city-wide riots in 1968, 1989 and 1992. Also included in our experiences are a variety of lesser storms and hurricanes that knocked down only small trees and left the local power grid a de-energized mess for just a few days and not several weeks. Other Americans have had it much worse, with the fires out West and the floods and tornadoes of the Midwest. None of my family were ever killed or even seriously injured during our experiences, so I realize that I have been blessed and lucky when compared to many others.

Here are some lessons I learned from the times when society failed, leaving just what was on hand to sustain my family during and after a disaster.

Be prepared based on what you can realistically sustain. The motivation to store what you need after an event is easy, but after the next uneventful season, and the next, is where it starts to get problematic. After Hurricane Andrew devastated South Florida, hitting at Category 5 strength, a lot of my friends bought the biggest generator they could. They initially kept gallons of fresh gas and even rewired their homes so they could disconnect themselves from the grid (using a throw-over switch) and power their entire house. At first, they ran and tested their monster generators weekly, then monthly, then only occasionally, and then they eventually sold them.

No matter if it is food, water or gas, what you store has to be rotated and used. So, if you commit to being prepared, you should know that it is more than just buying gallons of gas, MREs or even bottled water with the expectation that years later they still will be good. They won’t. If you prepare by keeping a large stock of anything, then be prepared to sustain that effort by maintaining your gear, rotating your stock and rebuying fresh consumables. If you don’t, it is a waste of time.

Some say that the first priorities after a disaster are water and food, but I think that communication should be near the top of the list. Communication provides a necessary link to the outside world and allows you to keep your family and employer informed of your status.

One of the first infrastructure nodes to be repaired will be cell towers, so having a charged cell phone will be a lifeline like no other. When I was without power at home for close to three months after Andrew, my battery supply was exhausted and all my rechargeable appliances were dead as doornails. Nowadays there are great alternatives to keep cell phones and even cameras powered off the grid, like with the Bushnell Outdoors PowerSync SolarWrap Mini, which can recharge off of any USB port, a 125-volt AC outlet or even through its built-in, roll-up mini solar panel. Don’t be that guy wandering around asking to borrow other people’s phones during the disaster cleanup.

While knives, saws and axes should be kept on hand during and after the event, firearms might be essential to keeping your family safe. In the events I went through, I had several instances where being armed kept the peace. These incidents probably would have had very different outcomes for me and my family had I been hapless. What kind of firearms? Any will work, but given a choice I would recommend a pump shotgun, a .22 rifle, an AR and a Glock, all with lights attached and sufficient ammo.

If you are scared, keep it to yourself, because if your kids feel that the situation is greater than their parents can deal with, it will leave a scar lasting much longer than you can imagine. After a few days or weeks, you will be beat up, exhausted and tired of cleaning, carrying and working from dawn until dusk. Before you reach that breaking point, take the family for a weekend out of the disaster zone. Several weeks after Andrew, my wife and I took the kids to an untouched resort just an hour away for what was probably the best weekend in my life. Keeping your family safe means making time for R&R as well.

Know that electricity will be restored first to hospitals and major lines of commerce (including gas stations), then to areas where the most service can be restored at once and finally to small groups or individual houses. Make sure that your electrical service, if it was damaged during the event, is repaired to code and ready to be hooked up by the utility. After Andrew, I had to get an electrician to replace my “high hat,” which was almost pulled off my roof during the storm, before the power company would even think of hooking me back up to off-site power. Remember, in those conditions, once the power trucks have left your area, it is much more difficult to get them back, so be ready when they first show up.

Even workers who are safe on the job do stupid things at home. Local hospitals are filled with people who are injured after the disaster. This includes burns from trying to refuel running generators (that also burned down the house), gruesome chainsaw wounds, electrical shocks and falls from trees, ladders and roofs. Be smart and work easy. If you can’t do a job safely, then don’t do it.

Make sure your family has assigned responsibilities that will give each member direction and purpose. The myth after Katrina hit New Orleans was that FEMA was supposed to be accountable to solve every problem and tend to every need. That may be true for some, but I wouldn’t stake my family’s welfare on it.

Make sure you have enough water and food, but don’t forget that those are the first items to be replenished; America is good to people in need. Ice in August in de-energized South Florida was like gold, but it was usually available, as were small generators and roofing supplies.

To regain power and dry roofs, skilled tradesmen like electricians and contractors were mostly honest and helpful, but not all, so get references before you pay. Not tolerated were the profiteers and crooks who used the disaster to prey on people’s helplessness and need. To this day I remember the  restaurant that charged a “seating charge,” the car dealership that openly demanded a bribe to get my car repaired quickly and the operators of the out-of-state tractor-trailer full of ice charging sweaty, tired Miamians $20 each for a small bag of ice.

This includes how to make a fire, how to dress a wound, how to tie knots, how to live without power for a period of time, etc. This is where prior preparation helps the most. Not so much by gathering gear, but learning skills that will be useful. Don’t just buy a book on survival, but take a course where you live out of your “go bag” for several days. I took one with Wade Rorich from Bushido Tactical, and it taught me a lot and let me know where the holes in my preparation and abilities were. Another way is just to take your family camping for a weekend. It is fun and will teach you about primitive living.

The next consideration is lighting and what to do about the darkness at nighttime. After a disaster and the grid is lost, the darkness without the “light pollution” in every urban and suburban area is such that you cannot see your hand touching your nose. Walking outside at night without light is dangerous, so you have to be able to find your flashlight in the dark because you cannot ever be without a light after dark. Having a flashlight that can be hand-cranked for recharging will make sure you will never be without light.

It is not just the visible physical damage that needs to be addressed, but also the emotional impact an event has on a family. While it is obvious that your family is very dependent on you for food, water, shelter and transportation, they also are looking to their parents for a mirror as how to react emotionally. A panicky, desperate or helpless reaction will not help the situation, and it will infect your whole family with a bad attitude that will persist long after civilization returns.

Prepare well and keep calm before, during and after an event, and don’t let your fears consume you. If you do this, the outcome will be just a great adventure that made you and your family stronger, happier and closer as a result.

For disaster planning tips or information on recovery resources, you can contact the Federal Emergency Management Agency (FEMA) by visiting FEMA.gov or calling 800-621-3362. 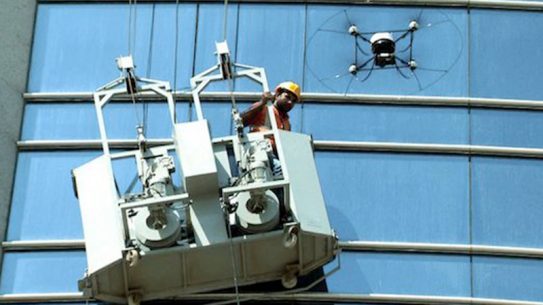 After a window washer got stranded outside the 10th floor of a skyscraper, Abu...