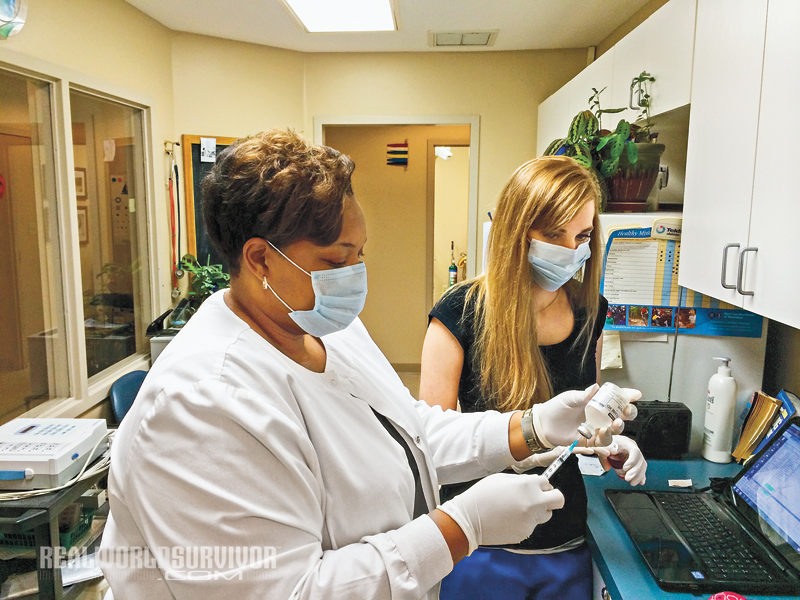 Photo by Will Dabbs
Defending against respiratory pathogens like influenza involves basic hand washing and surgical masks. Flu travels via respiratory droplets from coughing or sneezing. In the face of an epidemic, these basic precautions can be more effective than medicines and even vaccines.
Comment(s)

The scope and scale of man cannot even come close: On our worst day there are simply industrial limits on humankind’s capacity to kill. For sheer elegance and unbridled blood lust, Mother Nature puts us all to shame.

History provides us with countless dark examples. The Spanish Flu epidemic of 1918 circled the planet and killed six percent of the world’s population. The Black Death swept across Europe from 1346 to 1353, using rats and similar vermin as disease carriers, obliterating as much as 60 percent of the population. Even today, the Ebola virus arises cyclically from the darkest reaches of equatorial Africa to kill a few hundred unfortunate souls and then retreat back from whence it came.

The dirty little secret is that we are just about as vulnerable today to epidemic disease as were our ancestors. The argument could be made that the current state of convenient and widespread air travel makes the situation infinitely worse. Where once it was the horse, rat or sailing ship that transported sickness far and wide, now it is the airplane that allows some fresh germ to circumnavigate the globe in a matter of hours.

For all our high-tech medical wizardry, our defense against pestilence such as this is still fairly primitive. Survival in the face of the inevitable onslaught of pandemic disease is not nearly as sexy as desperate scientists working feverishly in a lab to produce vaccines in sufficient quantities to inoculate the planet. Whether you live or die in the face of an epidemic can be more a function of washing your hands and cooking your food properly than some high-dollar medical enterprise.

Influenza and Ebola are great contemporary examples. These are both potentially devastating viral illnesses with very different methods of operation. Ebola is a form of hemorrhagic fever wherein the body’s clotting system is rendered dysfunctional. Ebola is thought to reside within certain African bats, and it is passed via exposure to bodily fluids. Late-stage victims bleed out from their eyes and mucous membranes. In some Ebola outbreaks, the mortality rate for those infected has reached 90 percent. There are currently no available vaccines or effective treatments for Ebola. The way to treat it is not to get it.

Influenza is a dissimilar virus with a comparably diabolical demeanor. Conventional flu is a recurring feature during the winter months. Some years, flu is merely an inconvenience while in others the disease can cripple an economy. Every few centuries flu will mutate into something sufficiently virulent to threaten planetary extinction. Regardless, basic prevention is the key to avoiding 90 percent of the threats Mother Nature can cook up.

Thanks to the prevalence of HIV, occupational exposure to bodily fluids has been institutionally minimized. Universal precautions ensure that health care workers use gloves and face shields when exposure risks are high, and there is an institutional dogma surrounding the management of sharp instruments.

Many of the nastiest players like flu transmit via respiratory droplets from sneezing or coughing. While this method of transmission is remarkably efficient, a few basic practices can help minimize your risks.

Threats from pandemic disease today are still quite real. Every year some malevolent germ gets saddled with a catchy new acronym like AIDS, SARS or MERS. These trendy maladies capture sufficient headlines to terrify America’s soccer moms into keeping their kids home from school for a few days while making frantic calls to the local sawbones for advice. As a small-town physician, I field these kinds of queries annually.

The truly troubling piece is simply that the reason we have not lost a significant portion of our population to a disease pandemic in recent years is much more a function of luck than our medical capabilities. Emergency vaccines saving the planet from extinction make for great movie fodder but bear little semblance to practical reality. Out here in the real world, the keys to survival rest in much more tedious stuff. Wash your hands, cough into your elbow, take a flu shot every year and, in severe cases, suck up your pride and put on a surgical mask in high-risk areas. On top of that, just take a moment and be thankful that Mother Nature has felt generous in the last couple of generations. Her inexplicable reticence to foment something new and hideous in recent years is the biggest blessing of all.

This article is from the winer 2015 issue of SURVIVOR’S EDGE Magazine. Get your copies now at OutdoorGroupStore.com. 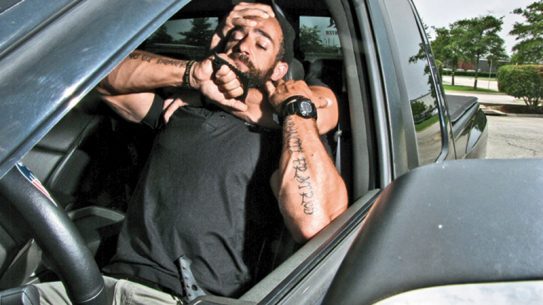 Survive a Gun Grab with the Winkler Weapon Retention Tool

Keep control of your weapon in a close-quarters fight!