1 of 4
Photo by Tambako The Jaguar via Flickr
Wolves
Unlike the average house dog, wolves are large and resourceful predators. Many males can weigh close to 100 pounds and have over 400 pounds of bite force.

2 of 4
Photo by Onceandfuturelaura via Flickr
Bears
Ranging in size from 150 pounds to almost 800 pounds, bears are well equipped for hunting and defense.

3 of 4
Photo by Doug Brown via Flickr
Big Game
With antlers and sharp hoofs, an attack by of these animals can turn from comical to dangerous, if not lethal.

4 of 4
Photo by Julie May
Mountain Lion
Also known as cougars or pumas, mountain lions can weigh as much as 220 pounds and can be almost 8 feet long from nose to tail.

The internet is rampant with the idea that wild animals are really harmless and ultimately want to be our friends.The reality is that they are wild animals and exist more on instinct and survival mode than they do on the desire to be liked.

While this may seem harsh, it is important that anyone entering a wilderness area understand that wild animals can be dangerous. The unwillingness to accept this has cost people their lives. From a tourist jumping into a polar bear pen to swim with them to wildlife advocates determined to prove grizzly bears are not dangerous, all have provided lethal results. Admire wildlife for their beauty and majesty, but also respect the dangers that they present.

In North America, we have a substantial number of dangerous animals. The ability to understand the danger they present is the first step to avoiding a problem all together.

Many areas across the U.S. have bear populations. From black bears to the almost legendary grizzly, they should all be treated as dangerous. Ranging in size from 150 pounds to almost 800 pounds, bears are well equipped for hunting and defense. Strong jaws full of teeth accompanied by powerful claws make the bear a serious predator. Beyond the knowledge that bears inhabit most heavily wooded areas in the northern part of the U.S., we can also look for signs of their presence:

Tracks: Bear tracks are recognized by the heavy impression of the ball of the foot. You’ll see five toes and claw prints on each.

Scat: The polite terminology for animal waste. Similar in appearance to most other meat eaters, it can also have grass and fiber present.

Carcasses: If you are in a bear area and see large numbers of crows or vultures, it may be a carcass. This is one of the major alerts you should heed as a warning to leave the area immediately. An animal that’s feeding can be very dangerous.

Territory Markings: Many times bears will claw into trees in order to mark their territory.

Mountain lions are the largest cat in North America. Once found in all 48 continental states, they are now mainly found in the Midwest and western states. Also known as cougars or pumas, they can weigh as much as 220 pounds and can be almost 8 feet long from nose to tail. They are undeniably one of the apex predators in North America. Looking for signs of big cats can help you avoid a dangerous confrontation. Here are some pointers:

Tracks: Many people confuse dog tracks for mountain lion tracks, and vice versa. The primary characteristics of a mountain lion print are three distinct lobes on the bottom of the pad. You’ll see four toe prints with no claw or nail imprints. This is the best way to distinguish the tracks from those of canines.

Scat: Mountain lion waste resembles that of a common house cat but on a much larger scale.

Animal Attack Signs: Mountain lions are known to drag their pray off into high brush or other areas to feed. Note the tracks this leaves.

Sounds: While mostly quiet, mountain lions have been known to make some vocal sounds. When they do, it often sounds like a person whistling or a bird chirping. When they growl, they sound like an overgrown house cat.

The wolf is one of the most storied and legendary creatures of the woods. The source of unlimited tales and myths, the wolf has earned a place in the psyche of the human race. While not as common as they once were, there are still regions that maintain a large number of wolves. Unlike the average house dog, wolves are large and resourceful predators. Many males can weigh close to 100 pounds and have over 400 pounds of bite force. They are nothing to be trifled with. By keeping your eyes open and being aware you can avoid an unpleasant encounter with a pack.

Tracks: While they may resemble the tracks of large dogs, they will be almost in a straight line with very little side-to-side printing.

Scat: Wolf scat will be similar to domesticated dogs, but usually has hair and bones from its prey present.

Kill Sites: Wolf kill sites are easy to distinguish. The area around the kill will generally have many wolf tracks with multiple trails going in and out of the site.

While one may be skeptical about the idea of being attacked by a deer, elk or moose, the danger is real. Any animal that feels threatened and has no way to escape will fight. With antlers and sharp hoofs, an attack by any of these animals can turn from comical to dangerous, if not lethal. Signs of large herbivores follow the same pattern for any wild animal. Be attentive and never try to get closer to any wild animal. Here are some tips:

Tracks: The size of the tracks will depend on the animal. They are hoofed and the tracks should have fairly sharp edges.

Scat: Scat will be fibrous and almost pellet-like. The size and amount will vary depending on the size and species of the animal.

Sounds: While generally quiet most of the time, elk are well known for “bugling,” their mating call.

Wild animals are naturally interesting and beautiful. Our curiosity will nudge us to get “just a little closer,” maybe to get that one great photo or perhaps just to get a better look. The wild animal on the other end of that thought, however, may perceive you as a threat. At best, they will run off. At worst, you could end up fighting for your life. Being educated and aware of the dangers of wild animals is the best way to help you enjoy the beauty of the outdoors. 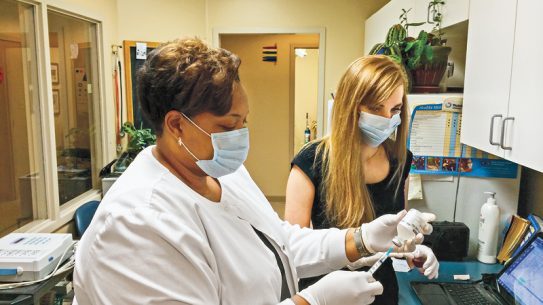 Not becoming a victim of a deadly pandemic disease like Ebola or Influenza comes...