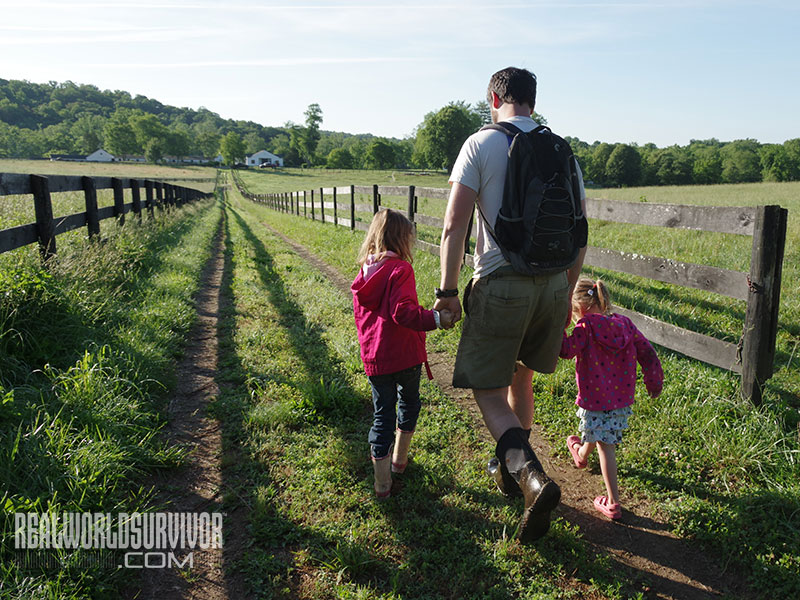 1 of 8
Photo by Jay Pinsky
The Whiffletree Farm Family
Jesse Straight and two of his daughters, Josephine, age 6, and Roberta, age 4, walk back with him after helping him shift chickens to fresh grass 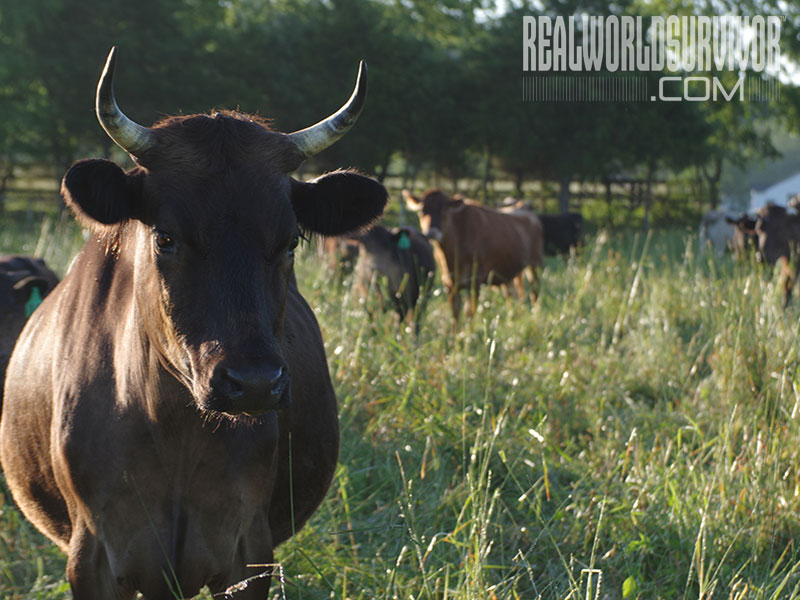 2 of 8
Photo by Jay Pinsky
Grass-Fed Beef
At Whiffletree Farm the beef cattle are completely grass-fed with Jesse rotating pastures in a timely fashion to keep his animals healthy and happy. 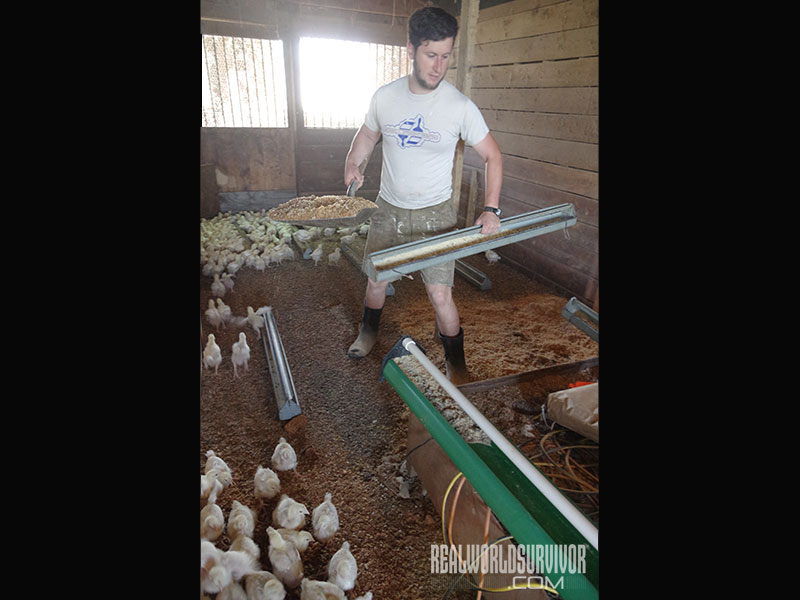 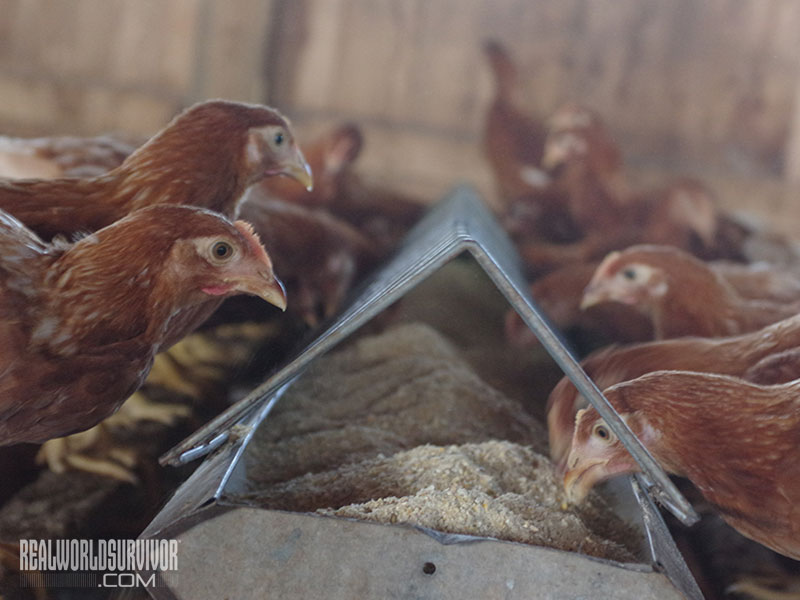 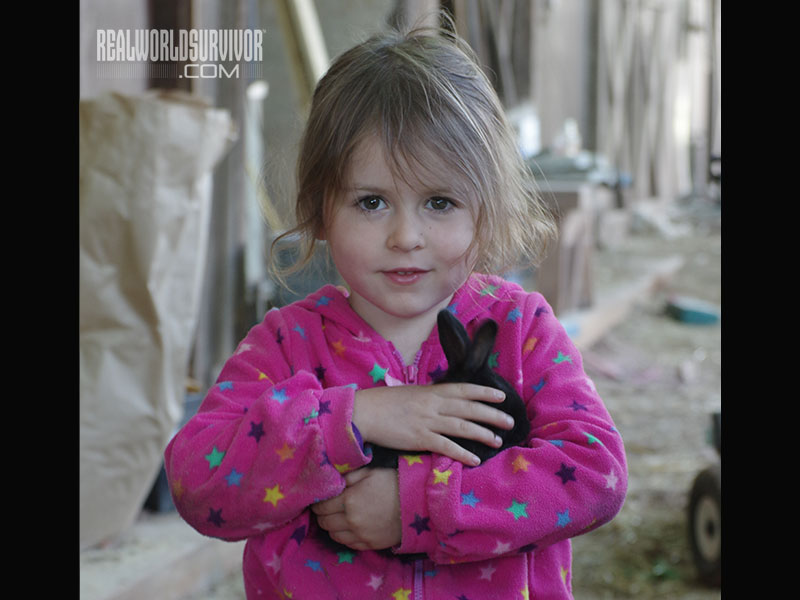 5 of 8
Photo by Jay Pinsky
Roberta With Bunny
One of Jesse’s daughters, Roberta, age 4, bonds with a baby rabbit. The farm is more than a business; it’s a way of life. 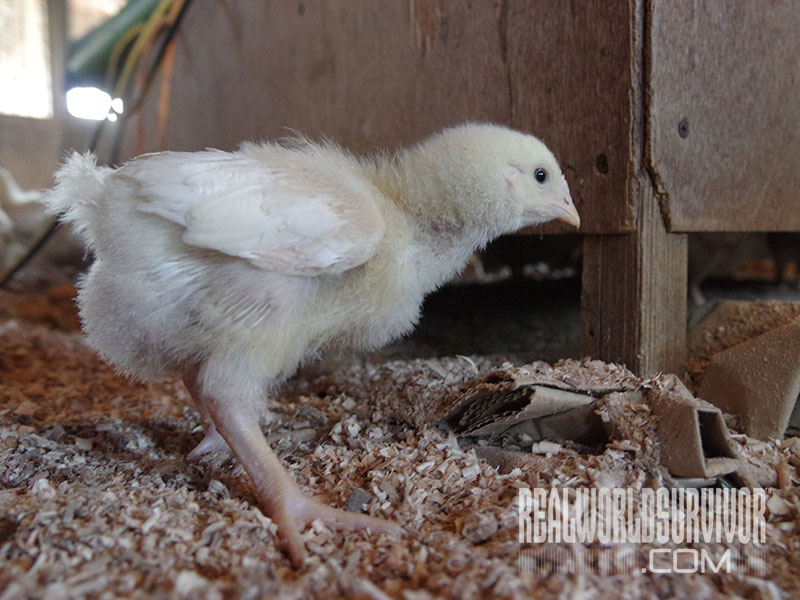 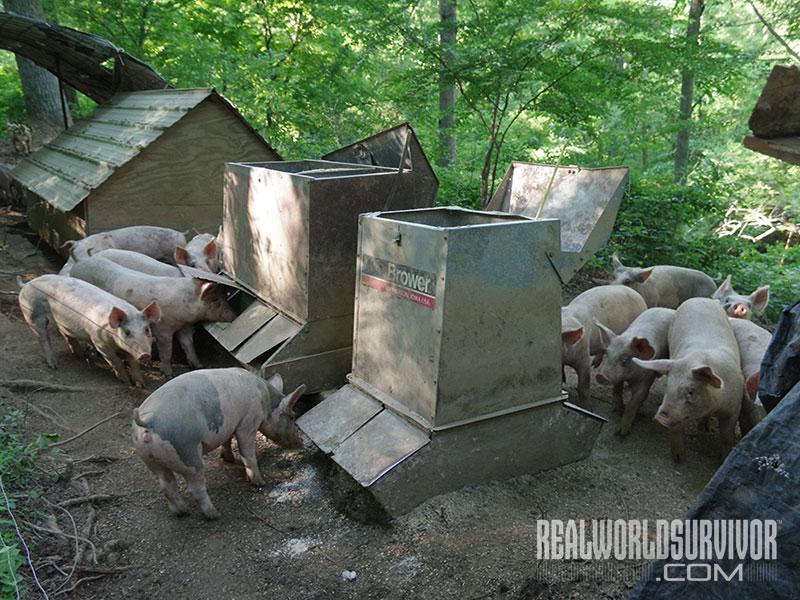 7 of 8
Photo by Jay Pinsky
Pigs
You won;’t find any pigs cooped up in a muddy pen at whiffletree farm. They roam nearly free in the forested land on his farm 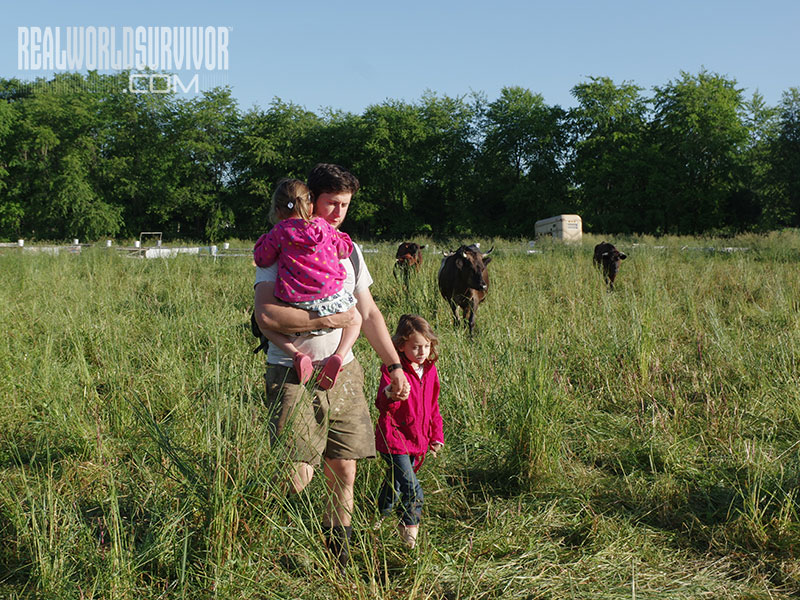 8 of 8
Photo by Jay Pinsky
Supporting Farmers
Straight is a firm believer in supporting local farms because of what it means to the sustainability of the natural resources around him. 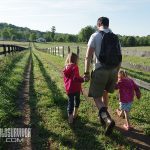 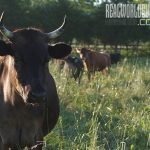 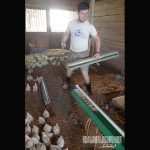 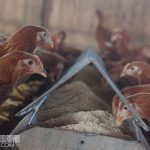 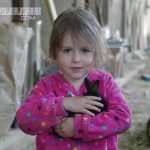 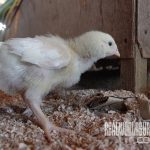 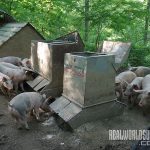 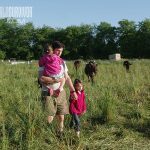 That simple quote from Jesse Straight sums up everything he believes in and focuses on as a farmer, businessman and conservationist in Warrenton, Virginia.

Straight lives and works on the 82-acre Whiffletree Farm, about 60 miles outside of one of the county’s most aggressive urban sprawls in Northern Virginia, in the shadow of the ever-expanding metropolis of Washington, D.C. You’d never guess it, however, as you stroll across his farm where the animals, his workers and his family all seem happy as they go about their days living and working at Whiffletree.

It’s no accident, but the path Straight used to find a career where his hands stayed in the soil wasn’t a direct one. You see, Straight didn’t plan to be a farmer when he was studying religion and pre-med at the University of Virginia (UVA). Like many young men and women his age at the time, he really didn’t know exactly what he wanted to do, so he poked around a few jobs and places he felt drawn to including working for Habitat for Humanity in Charlottesville, home to UVA’s main campus. Despite graduating in 2005, Straight knew his education was far from over.

“I learned a lot working at Habitat,” said Straight. “I learned I enjoyed being outside working with my hands more than doing office work.” Straight was also introduced to legendary Southern writer Wendell Berry; first by his book, A World Lost, and eventually more of his writing and philosophies about agriculture. Berry’s influence on Straight was profound, especially his beliefs about the American family and its ties to farming. David Skinner, editor of Humanities magazine, said that these beliefs “arise from a longstanding tradition most fully expressed in the American family farm, a self-sustaining economic enterprise that reinforced familial bonds and human obligations to the natural environment.”

Straight started farming in 2009 with pastured broiler chickens and turkeys, and within two years he added free-foraging pork, grass-finished beef and pastured laying hens. Straight’s farming methods are simple and nutritionally based.

“Land, animals, water, community, farmer—our model benefits all parties involved,” said Straight. “Intensive rotational grazing creates the best environment for our animals, improves the fertility of the land, and results in the most nutritious meat and eggs for our customers,” said Straight. “Our beef cattle are 100-percent grass fed. We give our turkeys, broiler chickens, pigs and laying hens feed without any genetically modified ingredients.”

Related Stories: How To Profit From Small Plot Organic Farming

Straight isn’t quite like most farmers in Fauquier County, where farming is the county’s top business. Straight believes the best kind of farming mimics what nature does, and he has built his farm to duplicate that by enabling the animals he raises to live as closely to the way they normally would in the wild. He says this gives the animals a better sense of wellbeing and results in a much better product and relationship between the farmer and nature.

“If you’re raising animals which would have died if they weren’t propped up on antibiotics, that can’t be the best model.”

Straight said he takes great pride in seeing the land improve from the work he does and the cooperation he has between his farming and the animals, which live with him and the land. Straight is a firm believer in supporting local farms not just for his own profitability, but also because of what it means to the sustainability of the natural resources around him. Straight thinks buying from local, sustainable farms is the best thing for all parties involved. He’s pro-organic for sure, and while his methods and beliefs are far different than his neighbors, he projects more of a “live and let live” attitude instead of bashing his fellow farmers. 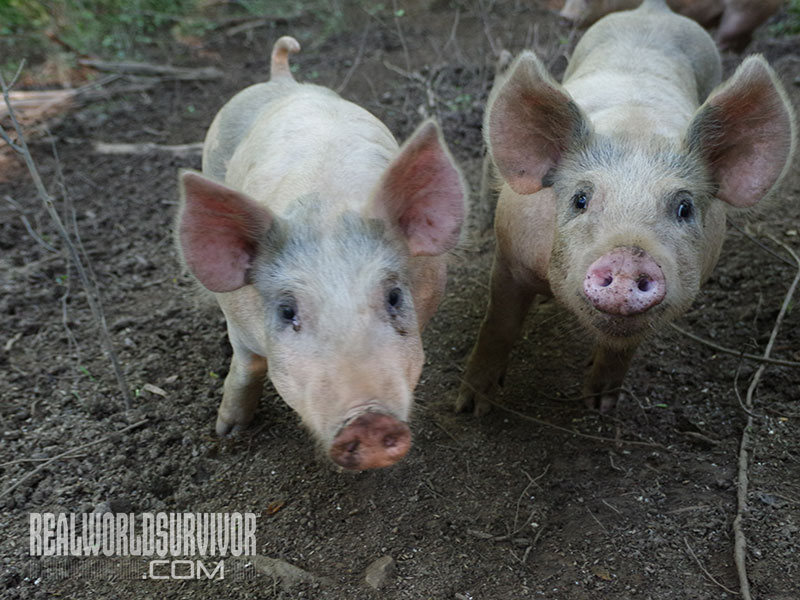 “I don’t think there’s some sort of conspiracy to explain why most farmers farm they way they do,” said Straight. “I think it’s just slow development from what they’re taught. It’s cultural.”

Straight said he has talked to customers who are open to what he does at Whiffletree, but he admits he comes across some who disagree with what he does. The same holds true for farmers. At the end of the day, however, Straight asks himself if he wants to be the kind of person who contributes to doing things right and helping local communities become healthier and more sustainable, or does he want to help contribute to more industrial forms of agriculture which can hurt the land, the animals, the farmer and its people.

According to Straight, “It’s important that just the land or just the animals aren’t carrying the burden, and that we benefit all parties involved.” 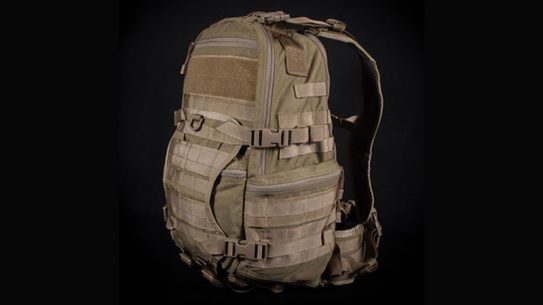 The FAST Pack EDC can easily be customized to fit your exact needs for...