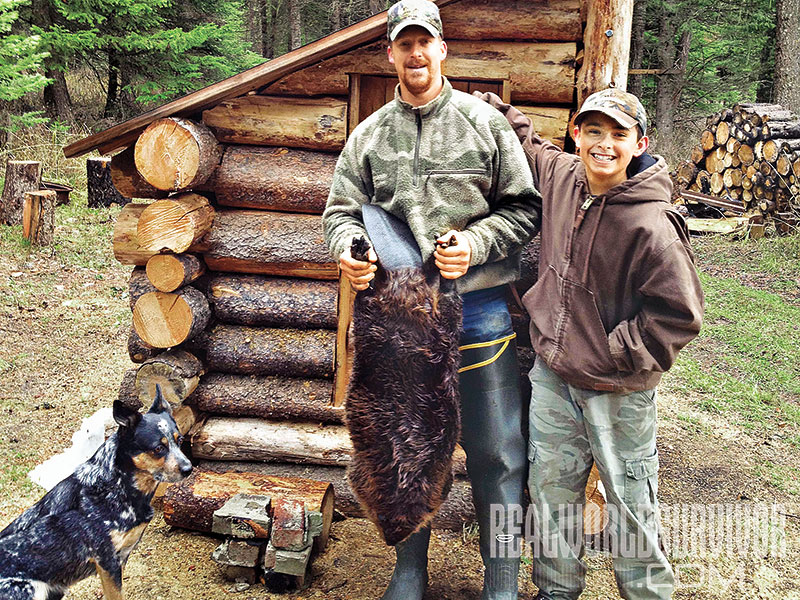 1 of 7
True Mountain Men
Austin and his father Glen in 2011 in front of our traditional-style smokehouse with the very first beaver of the season. 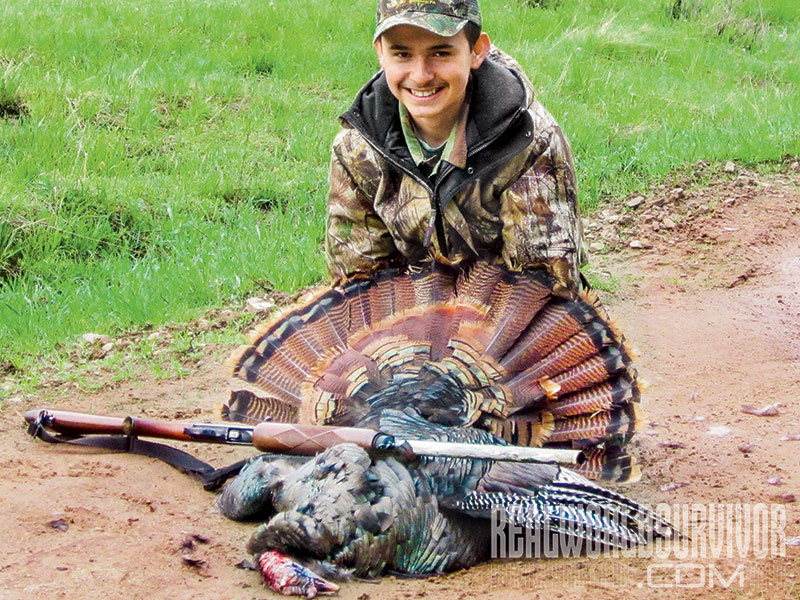 2 of 7
Turkey Hunt
A successful spring turkey hunt in 2013 provided the Trayer family with meat for the freezer and Austin with some incredible, lifelong memories. 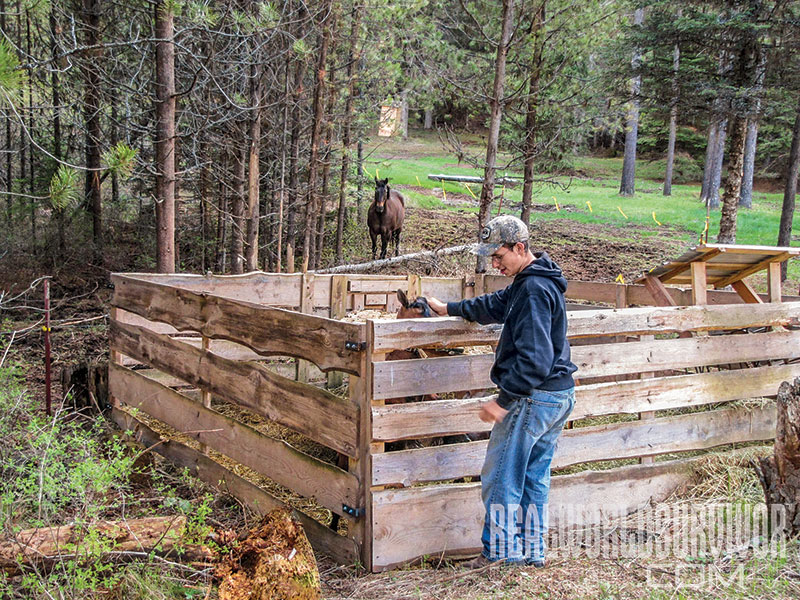 3 of 7
Raising Goats
Raising goats for milk and/or meat nourishes the family and also teaches our next generation how to be as self-sufficient as frontiersmen of yore. 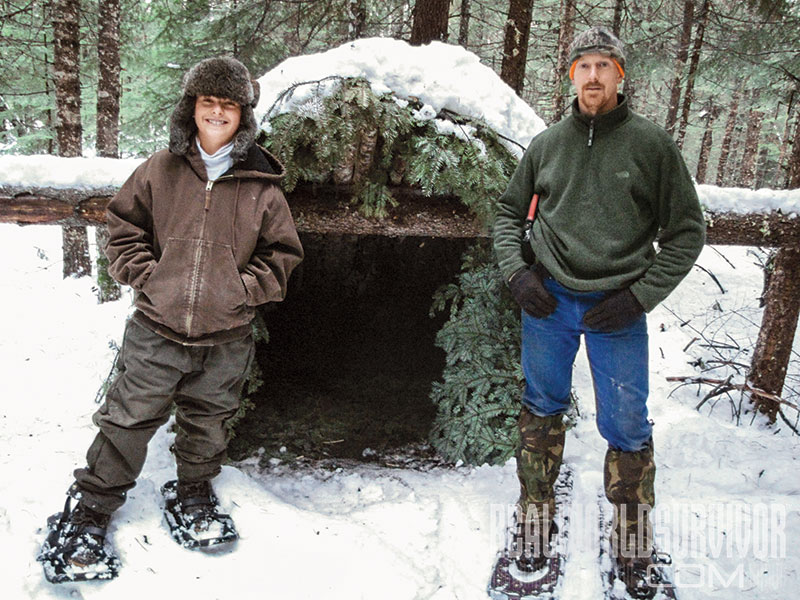 4 of 7
Debris Hut
Mountain man’s work on display! On left, Austin and his father show off their version of a debris hut/hunting ground blind. 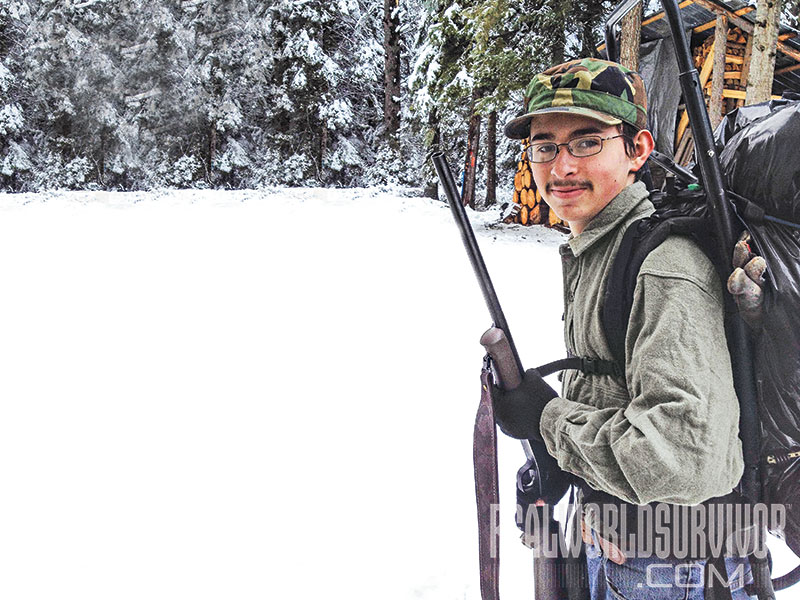 5 of 7
Austin
In a moment’s notice, Austin can be ready to hit the hunting woods or run a trap line. 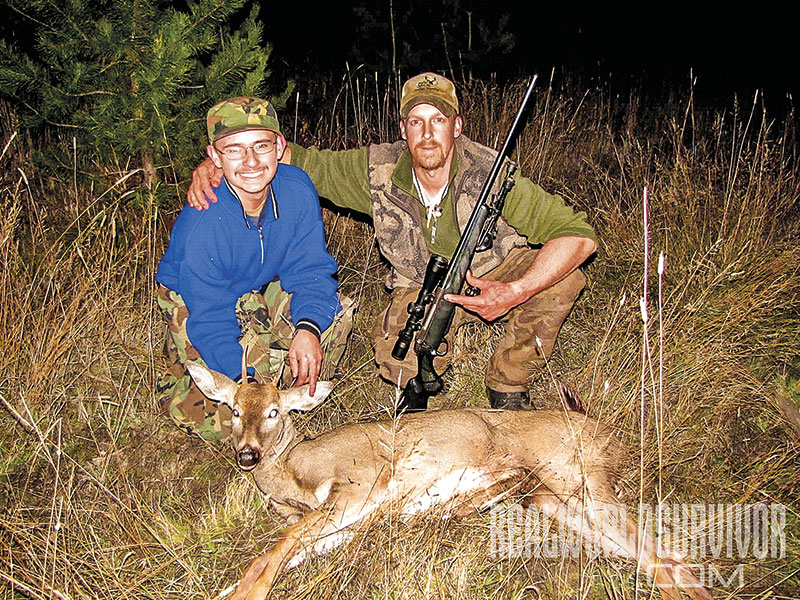 6 of 7
Spikehorn Hunt
Austin and Glen pose for a shot after connecting on a nice spikehorn. 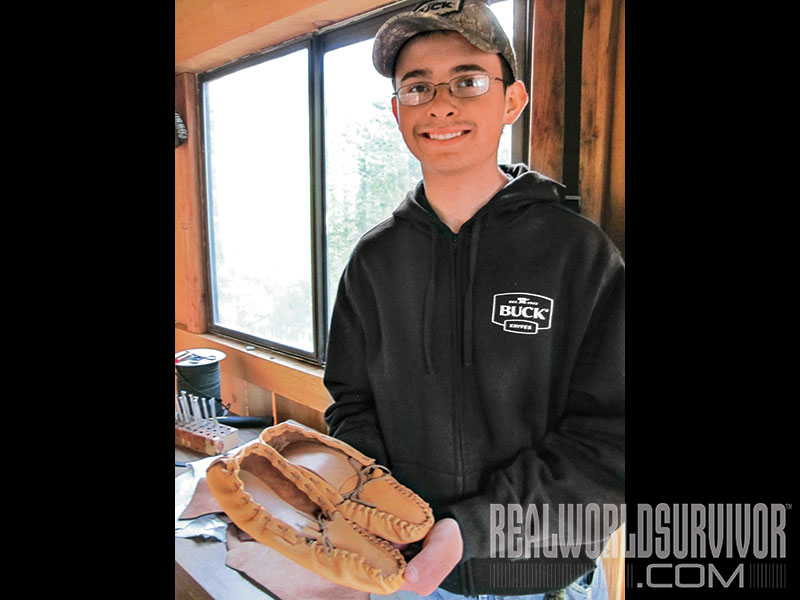 7 of 7
Making Moccasins
A comfy pair of elk-hide moccasins made by Mountain Boy. 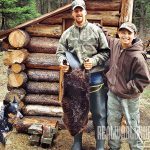 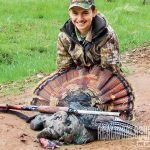 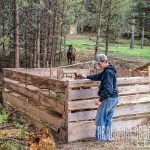 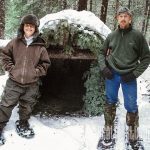 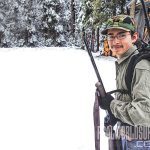 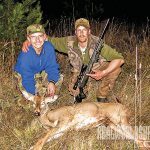 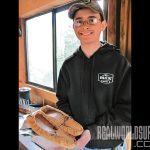 Let me introduce you to a unique young man. Austin is a 17-year-old entrepreneur living off grid in the northern Idaho wilderness with his family. Not only is he an entrepreneurial young man, but he is also high-functioning autistic with Asperger tendencies, and it is clear that his autism has not held him back from being an aspiring modern-day bushcrafter.

In this day and age it is hard to find children that are willing to disconnect from this plug-and-play world, let alone be willing to learn new skills, enjoy the outdoors and get dirty.

Austin didn’t exactly have a choice, but he was excited and looked forward to the adventure rather than kicking and screaming when his family headed west from Pennsylvania to Idaho, to embrace the dream of living a traditional life off the grid.

Austin was quickly enamored by his vast surroundings and began to find himself in the wilds of Idaho. Not only has he grown physically, but he has grown academically, mentally, spiritually, and he has continued to overcome the many fears and struggles associated with autism and Aspergers as he has embraced his lifestyle with a passion.

When asked what the best part of his lifestyle is, Austin replied, “Being so close to nature!”

His chores on the homestead include taking care of various animals such as the chickens, meat rabbits, goats and horses. He helps when it comes time to butcher the animals that are being raised so he knows how to do the same for his family some day.

I am a bit partial to Austin, being that he is my son and I have enjoyed teaching him life skills such as cooking, baking, cleaning and mending. This summer he will be learning how to care for our honeybees as well as assisting in our garden and greenhouse.

He spends a lot of his time learning new traditional and primitive survival skills and is always fine-tuning and practicing what he has learned. He enjoys hunting, fishing, trapping and anything that will get him outdoors. He learned at a young age how to field dress and butcher the animals that he harvested, and he has played a role in learning how to brain-tan the hides from these animals as well, which started his interest in leather.

His gluten-free and casein-free diet has played a big role in allowing him to grab hold of what most people refer to as a “normal” life. He enjoys not having to go to public school any longer and loves homeschooling because it has

allowed him to catch up academically and to excel. He is very bright, ambitious and loves working with his mind and hands.

His father is a blacksmith, a jack of all trades and a master of most, which has provided Austin with the opportunity to do and learn things that are not only traditional skills, but things that most kids today do not have the advantage of learning.

Austin’s lifestyle is made up of the traditional and primitive skills that he uses daily, and the mindset that he is accustomed to is that the sky is the limit and nothing is impossible. This mindset has often pushed him out of his comfort zone, to realize that he really can do anything that he sets his heart and mind to.

He just recently made a machete with his Dad in the smithy, which they have called the “knifetti.” They have made swords, knives and various other tools together as Austin learns the skills of a blacksmith. Wood burning, or pyrography, is something else he has recently taken an interest in, as well as learning to carve antlers with a dremel tool and to utilize them as handles and various other things. Recently, he made a bearing block from a piece of antler to use with his bow drill.

Austin’s greatest successes have been due to the skills he has learned on his own. Perfect examples of this are his handmade elk-hide moccasins, leather pouches and paracord survival items. These items started out as a hobby and last year became so much more when he started his business and began selling on his website.

Austin makes everything by hand and is very proud of the fact that everything is 100-percent made in the USA. He also likes the gratification of knowing that people are enjoying his items. He has received orders from all over the United States and Canada. He finds his work relaxing because of the repetition found in most of what he does.

Weaving paracord bracelets, gun slings and belts is a fantastic way for him to unwind. He also enjoys being able to make items that are useful and necessary when times are tough and money is tight for everyone. He personally uses everything he makes in his survival packs because of their many benefits.

His leather items are made of quality elk hides that are extremely durable, yet very soft and comfortable. He gets his hides locally as much as possible to help the local economy. He takes great pride in his work and is excited to be able to make things that his forefathers made and wore.

He sees the benefits of knowing the traditional and primitive skills of the past because of the current and uncertain times. These skills are what will assist people in modern-day survival if things were to get worse, and he believes that practicing these skills is just as important.

Austin’s business has allowed him to be able to make his own money. He doesn’t have to waste fuel driving a great distance to a job, he can work at a pace that is comfortable for him in his own home or shop and he is his own boss and motivator. This lifestyle may not be for everyone, but Austin feels it is a very rewarding and gratifying way to live and he would not trade it for anything!

Editor’s note: For more on Austin and his handmade gear, visit mountainboyjournals.com, and for his family’s adventures you can check out trayerwilderness.com. 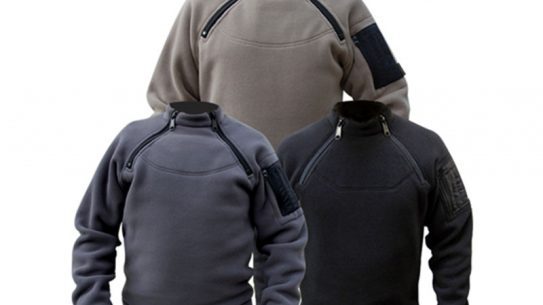 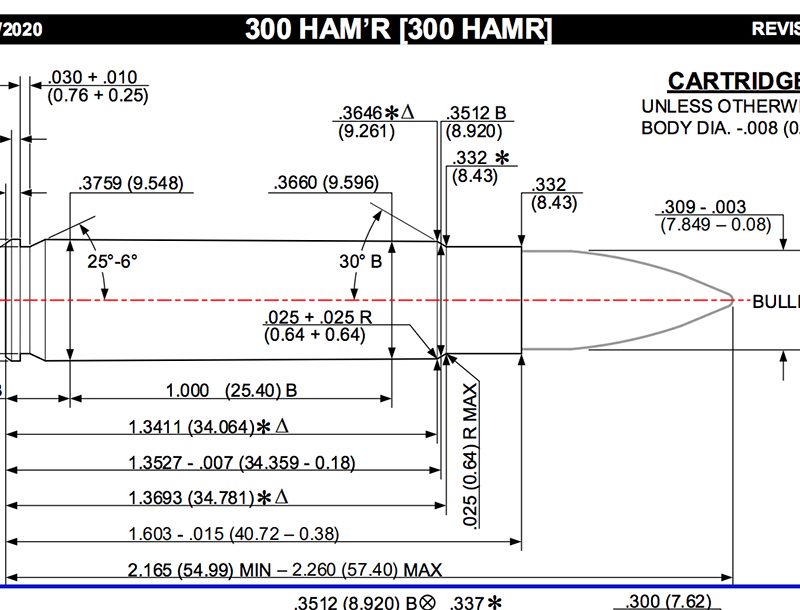