In light of the recent measles outbreak in the U.S., experts on measles vaccines have become fed up with rumors that are being spread across the internet by anti-vaccine groups.

NBCNews.com recently reported on a  seminar organized by the Johns Hopkins school of public health, where experts took on 7 common vaccine myths and set the record straight.

It is NOT okay, says Dr. Neal Halsey, director of the Institute for Vaccine Safety at John Hopkins Bloomberg School of Public Health.

The Centers for Disease Control and Prevention recommends that babies get their first combined measles, mumps and rubella (MMR) vaccine at 12 months and a second dose at age 4 to 6, before starting pre-school or kindergarten.

“People are delaying immunization for their children because they are concerned about this very small, precious 12-month-old,” Halsey said.

But about 5 percent of children develop what’s known as febrile seizures when they get a fever for any reason. And about one in 6 kids gets a fever after getting the first dose of MMR vaccine. This risk actually goes up in children older than 1, Halsey said.

“So it is not safer to delay. It is safer to give the vaccine on schedule,” he said.

Myth #2: Foreigners, especially illegal immigrants, are bringing measles to the US

Yes, it is true that measles was eliminated in the U.S. in 2000 and all outbreak are now the result of the virus being imported.

And out of these cases, 77 percent were unvaccinated people.

NBC News reports that what is mostly happening is that Americans who are not vaccinated are going to a country where measles is more common and bringing the virus back.

“When measles happens anywhere in the world it can come here on a plane pretty quick,” said Dr. Griffin. And they aren’t coming over land borders — measles has been eliminated in all of the Americas by very high vaccination rates. They’re coming from Europe and Asia, as well as the Philippines.

RELATED: A History of Deadly Diseases and Epidemics

Myth #3: More people die from the vaccine than from measles

According to the World Health Organization (WHO), measles kills more than 140,000 people a year globally.

WHO estimates that measles vaccines save 1 million lives a year.

In contrast, just 57 claims of deaths due to measles vaccines have been filed through the federal Vaccine Injury Compensation Program, a no-fault system set up to compensate people injured by vaccines.

It is known that vaccines are not 100 safe. Complications can occur, especially if a person is allergic to the vaccine.

Due to fear of being hit with a lawsuit, many vaccine makers were closing their doors.

Former California Rep. Henry Waxman helped write the legislation that led to the program’s 1986 launch. He told the seminar it was set up because vaccine makers were dropping out of the business because of fear of pricey lawsuits, and public health officials feared the U.S. would suffer a shortage of vaccines.

“We looked at the problem and said what we needed to do was assure vaccine manufacturers that these rare, rare cases where they might be held to liability could be dealt with another way,” Waxman told the seminar. The result was a no-fault system: If people could prove they suffered an injury that has been known to be caused by vaccine, they could be compensated without having to prove the vaccine caused the problem.

Myth #5: People who have been vaccinated can spread measles

Unlike some polio vaccines, which are made using “live” viruses that can revert to “wild” type and cause outbreaks, the live viruses used in MMR vaccines are weakened to the point where the chance of transmission is extremely low.

“Measles live vaccine doesn’t transmit easily at all,” said Dr. Jane Seward of the CDC’s Division of Viral Diseases. “I don’t think there has ever been a secondary transmission,” she added. “There is no evidence of any transmission of measles virus from a child to household contacts.”

Myth #6: Vaccination is a political debate

It is true that politicians on both sides have made vaccination policies a point of debates. Some argue that vaccination is a matter of liberty. However, despite what politicians may argue, science and history have proven again and again the effectiveness of vaccines.

“This is not a partisan matter,” said Waxman. “There has been broad bipartisan support for immunizations. I think we have to recognize there are science deniers on the left as well as the right,” he said.

This is a myth that has been floating around for a while now and it has been debunked many times over.

“The evidence is overwhelming,” said Halsey. The Institute of Medicine has investigated and repeatedly said it’s not true. A special federal court, the U.S. Court of Federal Claims, ruled against three families in 2009 who claimed vaccines caused their children’s autism, saying they had been “misled by physicians who are guilty … of gross medical misjudgment.” 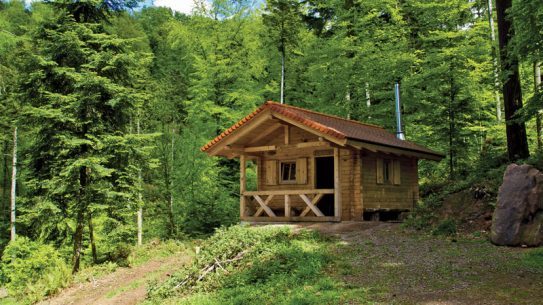