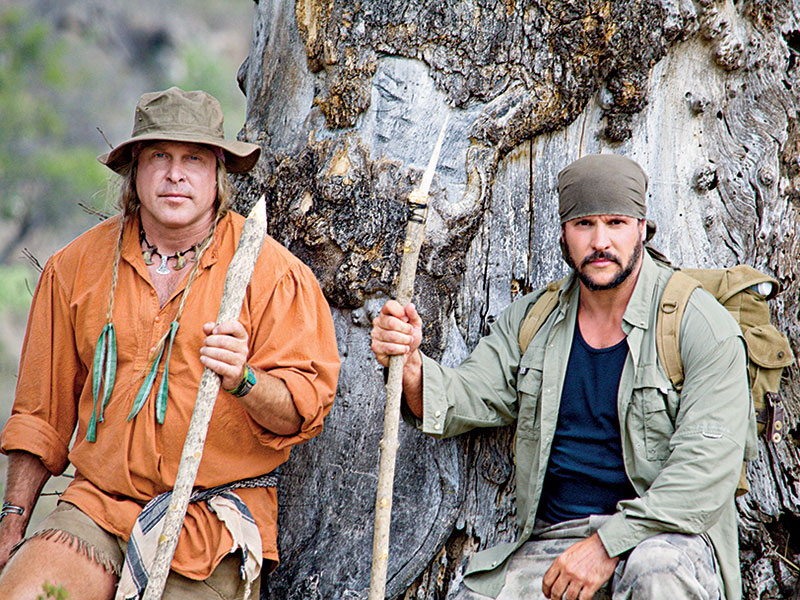 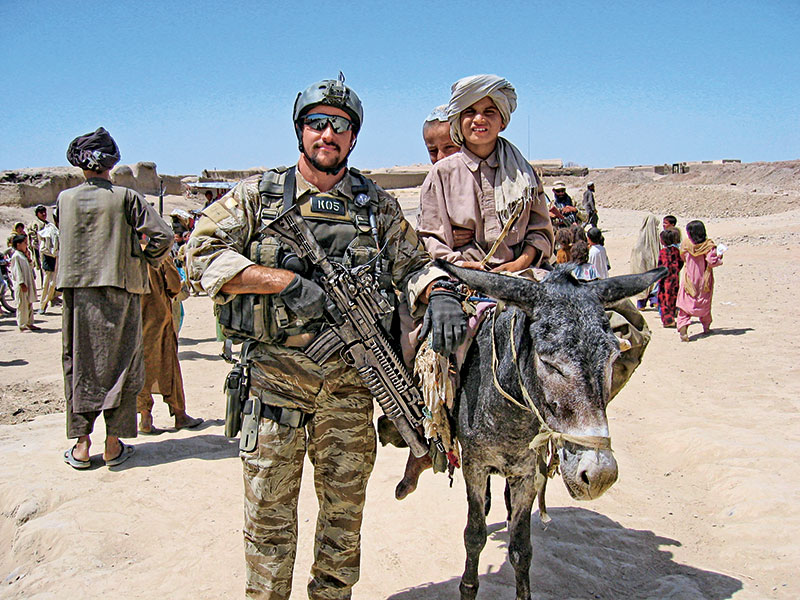 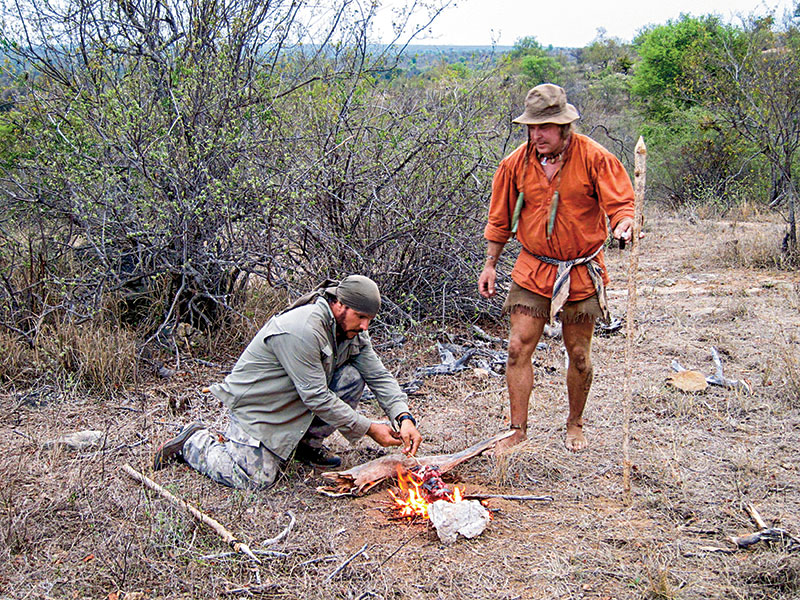 3 of 4
Dual Survivor’s Joe Teti
Survival skills like basic fire-making are critical in any austere environment. 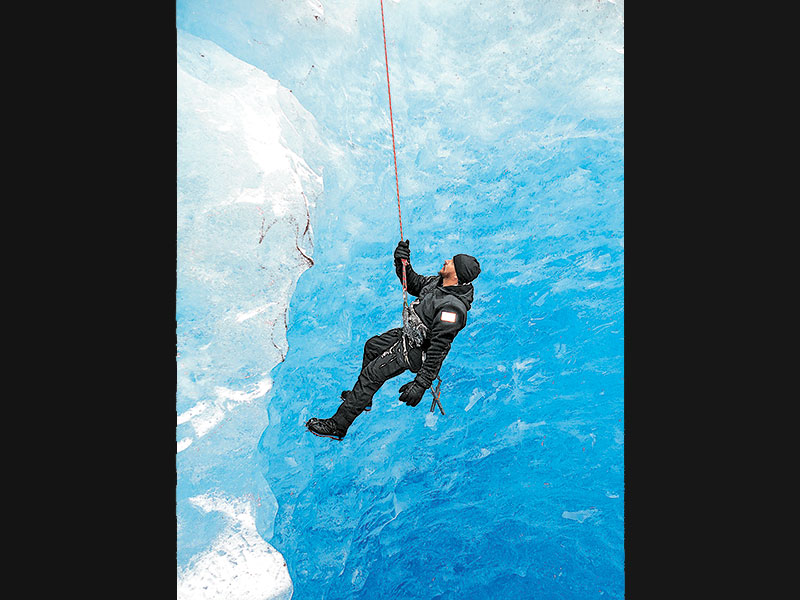 4 of 4
Dual Survivor’s Joe Teti
Joe Teti’s training has taught him to overcome any environmental obstacles. 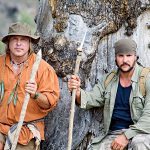 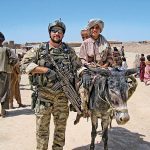 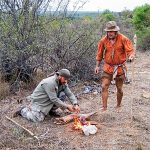 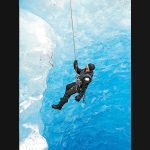 Did you ever wonder where those guys on reality TV shows come from? In the case of Joe Teti, the brawny co-host of the hit Discovery Channel show Dual Survival, his reality might surprise you. As a Marine, a military special operator and a television personality, Teti is a man of genuine faith who views his life as both an adventure and a blessing. Joe Teti believes that attitude and a survivor’s mindset are the most critical aspects of success when the chips are down and life goes sideways.

How do you go from being an operator in a top-secret counterterrorist unit to working for the Discovery Channel?

Literally on a dare from a friend. I answered an email query that was looking for someone with what they called “Tiffany-brand” special operations experience to host a reality TV program. I found myself in competition with 1,800 other current and former military special operations personnel for the spot. After an extensive weed-out process, they invited me and a couple other guys down for some time in front of a camera, and I made the cut.

How did your experience in special operations prepare you for real-world survival challenges?

After a year-long selection process and another intense period of training, I subsequently served with what many describe as the most secretive government counterterrorist unit in the world. We planned and conducted a broad range of special operations missions covering the entire operational continuum. These missions gave the president of the United States an option when overt military and/or diplomatic actions were not viable or politically feasible. Operations of this nature required rapid response, with surgical application of a wide variety of unique skills, while maintaining the lowest possible profile of U.S. involvement. It was here that I had the opportunity to learn how critically important an operator’s mental and psychological mindset was to combat survival.

My military survival training taught me how far I could move and how fast. No matter if it was the jungle, or the desert, or the arctic, I knew the distances I could cover under different circumstances. To thrive at this level, an operator has got to be 100-percent reliable in any environment. No matter the circumstances, personal failure is not an option.

RELATED: Surviving the Elements on “Naked and Afraid”

What changed most when you went from a military operator to a TV personality?

My life just went from black to white. My service in special operations put me in a world that avoided cameras and thrived on anonymity, and now most everything I do is public. The transition from that world to life as a public figure has had its own unique challenges.

How does your background affect the way you approach your responsibilities as a survival expert?

I’m not the survival expert. Matt Graham, my co-host, he’s the survival expert. They brought me onto the show for my military background and operational mindset. My approach to survival is antithetical to Matt’s. Where Matt views an austere environment as an opportunity to put down roots, I want to get off the “X.” I want to move to safety as soon as possible.

The will to survive will always beat the skills to survive. It was the military that challenged and toughened me. While the specific skill sets I accumulated during my military training are certainly critical, it is the ability to keep going when you are sick, tired, nauseated, dirty and spent that truly make the survivor.

There is a clear distinction between survival and camping. The military calls it SERE (survival, evasion, resistance and escape) and it is by its nature brutal. The shoots for my TV show are grueling and each production cycle requires subsequent downtime for recovery and rest.

What do you do in the off-season to keep yourself ready for the show?

I maintain a strict workout schedule in the off-season to keep myself mentally and physically prepared for the challenges of the program. I am in the gym five days a week, and I shoot at least twice a week to keep sharp. I’m doing something six days out of seven to make sure I am ready. 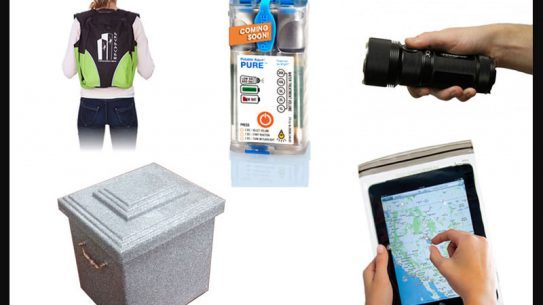 Showcasing the best new products from the 2015 National Preppers & Survivalists Expo that...