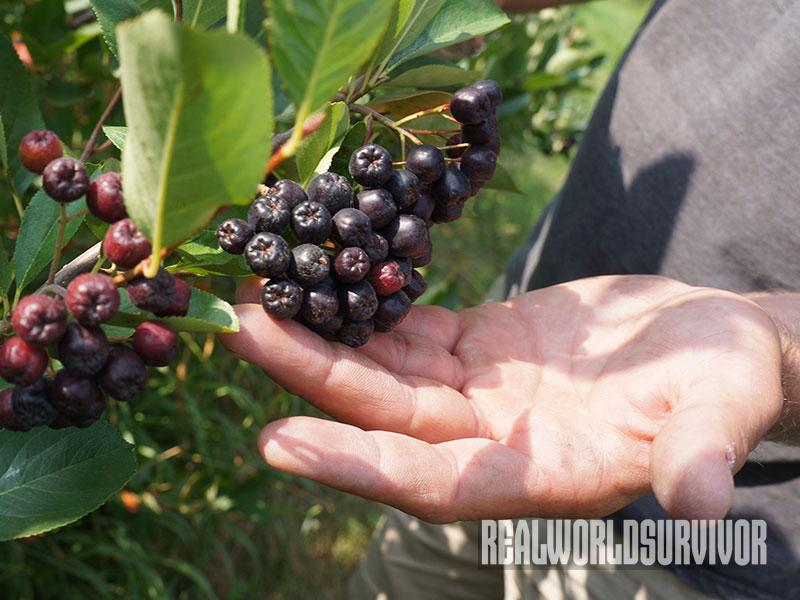 1 of 8
Photo by Gerard Attoun
Aronia Berries
“Because aronia berries were easy to grow and the antioxidant values were as high as anything you could find, it seemed to be a good way to go…” 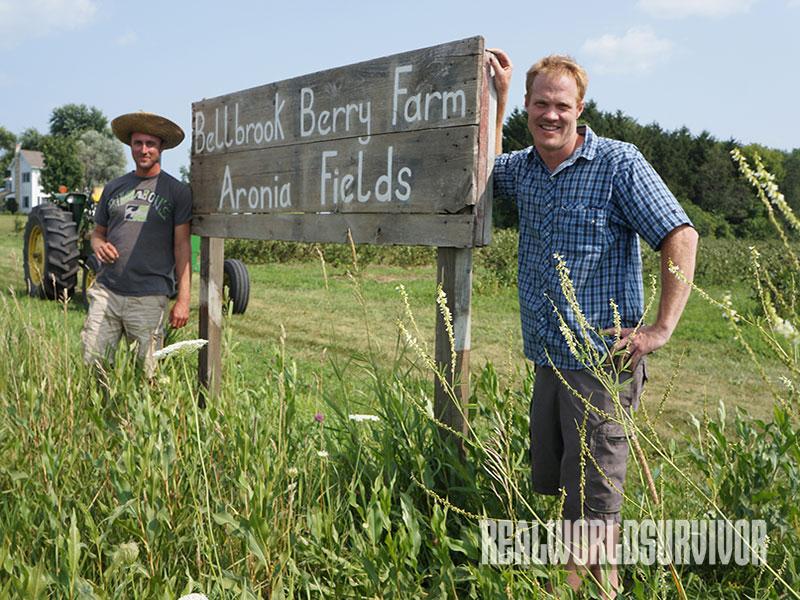 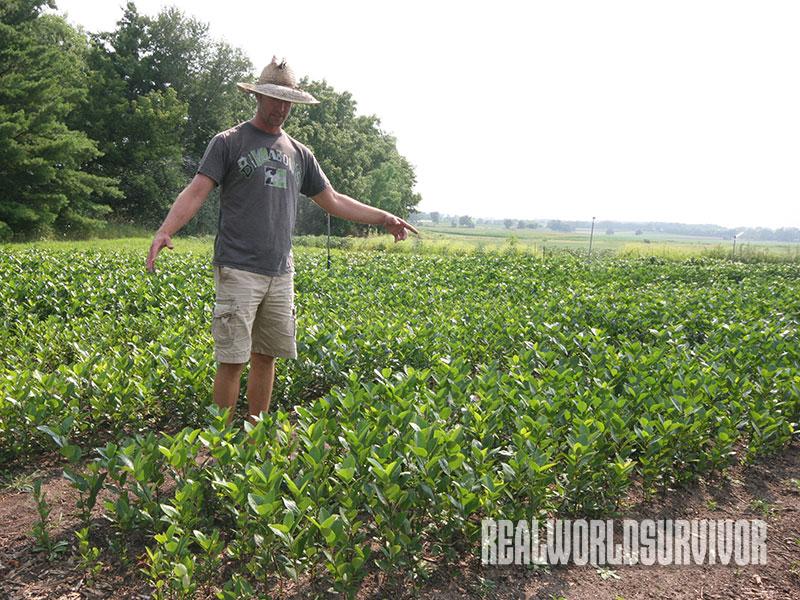 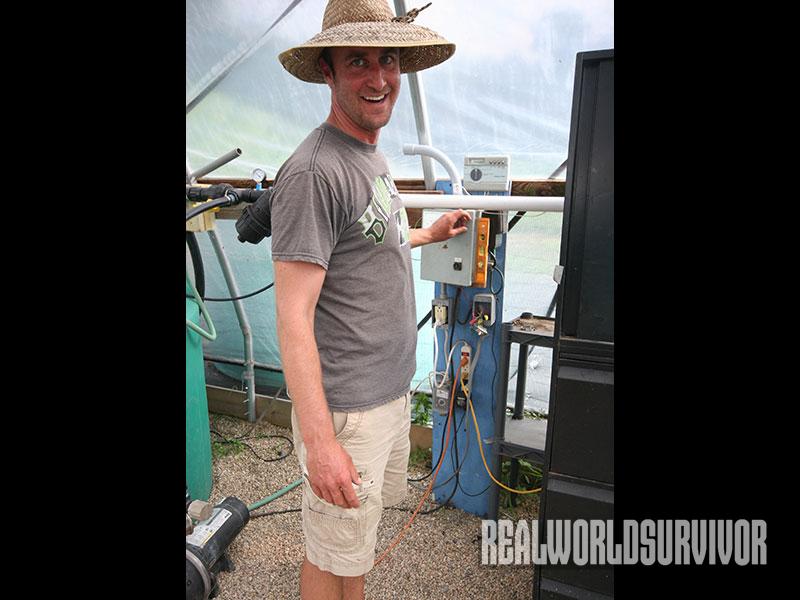 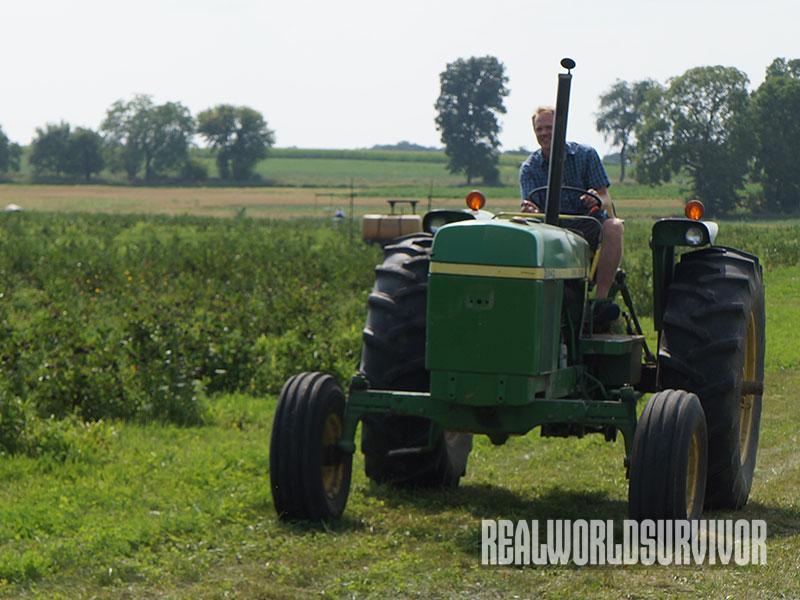 5 of 8
Photo by Gerard Attoun
Aronia Berries
Dale on one of the farm’s tractors. To accommodate its width, he and Bill widened the width of the alleys between the rows of berries. 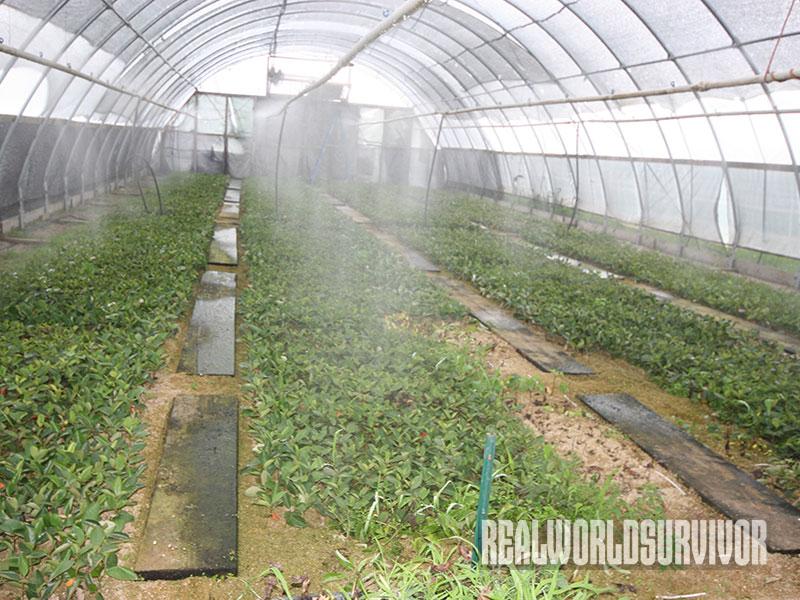 6 of 8
Photo by Gerard Attoun
Aronia Berries
Bellbrook Farm’s new greenhouse is set up to accommodate more than 20,000 plants. 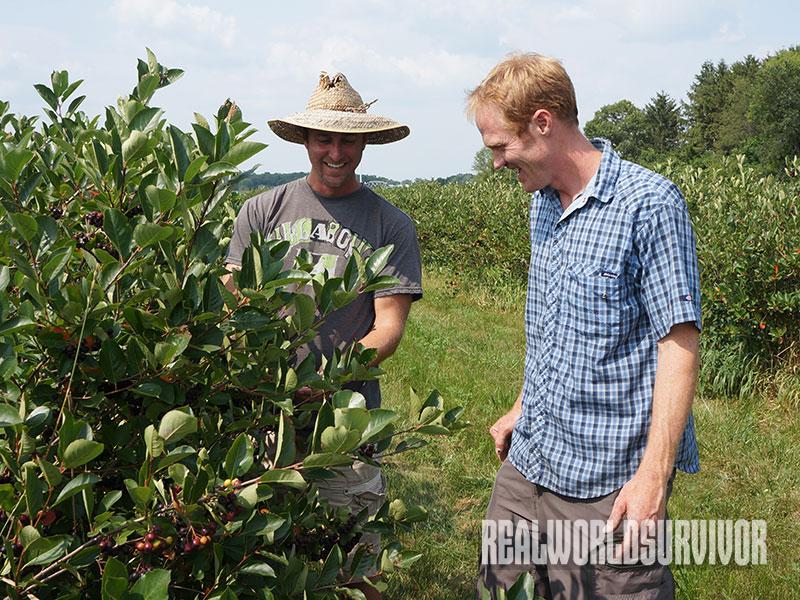 7 of 8
Photo by Gerard Attoun
Aronia Berries
Bill and Dale check the aronia bushes for fruit. 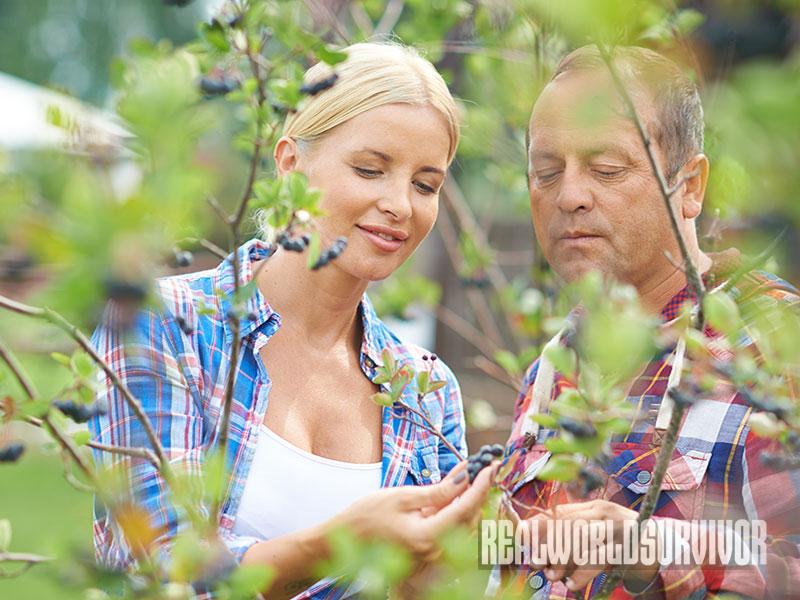 8 of 8
Photo by BigStock
Aronia Berries
Aronia berries are more antioxidant-rich than blueberries. 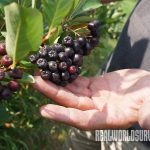 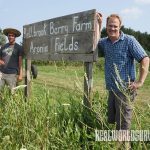 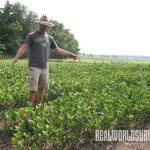 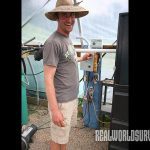 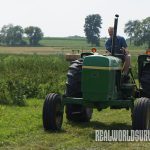 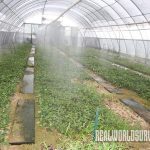 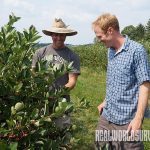 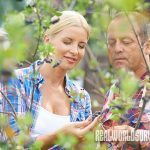 Suggest to Bill O’Brien that aronia berries may be a taste bud away from being just another flash-in-the-pan fad and he will just laugh the idea away. He knows better.

“I’ve seen the health benefits myself since I started eating aronia berries,” Bill, 40, said about the tart berries. “I feel better and I recover from illness more quickly.” Also, he gets many testimonials from his customers, who say that aronia berries have allowed them, with their doctors’ blessings, to cut their blood-pressure medicine or their cholesterol-reducing drugs in half.

His partner and brother-in-law, Dale Nelson, 39, nods in agreement and cites clinical studies that show that the aronia berry, whose botanical name is Aronia melanocarpa but is commonly known as chokeberry, contains more antioxidants than blueberries, elderberries, and other fruits. The U.S. Department of Agriculture gave it an Oxygen Radical Absorbance Capacity (ORAC) rating of 15,280 umol per 100 grams, which dwarfs other fruits.

The two started their organic farm, Bellbrook Berry Farm, in 2006 on 12 acres carved out of their family’s fifth-generation 1,000-acre grain farm in Brooklyn, Wisconsin (population 1,401), a half-hour’s drive from the state capital‚ Madison. Dale and William spent hours talking about growing an alternative organic crop as they worked on the family farm.

“Growing up on this farm where we raise hybrid seed corn and your regular field crops, I wanted to grow something that I could do organically and sustainably,” Bill said.

After many long conversations and much research, they found their answer in aronia berries.

A neighboring farmer’s research and experience further convinced them. The neighbor, a strawberry farmer, had received a grant to study unusual fruit crops, including aronia. In the study, he planted 150 different fruits, such as goji berries, black currants, sea berries, sasquetoons and others. But the two say that aronia berries stood out above the rest. They specifically chose the Viking variety, a black aronia berry that in studies conducted at the University of Connecticut showed the highest levels of antioxidants.

“Because aronia berries were easy to grow and the antioxidant values were as high as anything you could find, it seemed to be a very good way to go,” Bill explained.

Well, not so easy. Their first berries were planted by hand, which took about two days with help from a good crew of friends and family.

“We planted our first plants and thought they would just take care of themselves,” Bill said with a laugh. “We found that in a month, the weeds were doing better than the bushes.”

The two had to come up with a maintenance plan. They got the weeds under control, kept the berries well-watered using drip irrigation during dry periods, and sprayed nutrients onto the leaves.

Those first bushes, which are still producing, were also planted in rows that were too narrow, at 10 to 12 feet apart, for a tractor to get through. And, at 5 feet between bushes, they were spaced too far apart. Having learned from their mistakes, they now plant in rows 14 to 15 feet apart and space the bushes 30 inches apart, thus allowing for more efficient harvesting of the fruit.

The two admit they’ve learned a lot since they started. Their last planting took only one day for 4 acres using a tree planter. “We got a little smarter on that,” Bill said.

Also, they grow alfalfa between the rows, which, Bill said, can add $500 per acre of income while waiting for the aronia plants to mature, and also has the added benefit of putting nitrogen into the soil.

Their main feeding program is spraying organic fish hydrolysate, which Dale describes as ground-up Lake Michigan fish in liquid form. Light sprays underneath the leaves allow the micronutrients to become available to the plants immediately.

In Eastern Europe, Denmark and Russia, where the pungent aronia is more popular and is even used to produce wine, yields averaging 20 pounds per mature plant have been recorded. Bill said that from their modest start eight years ago, they expect to produce 50,000 pounds of the berries this year. Using mechanical planters and harvesters helps. 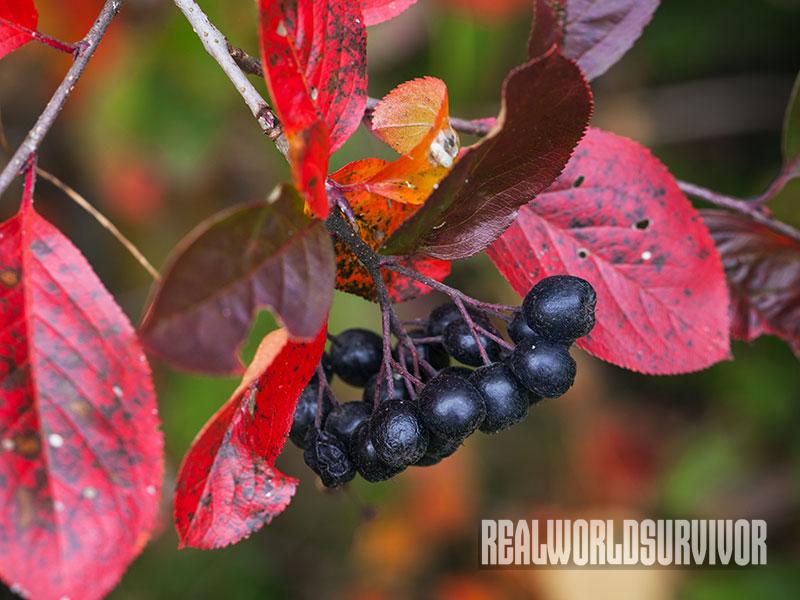 In marketing their berries, the two started small at local co-ops in Madison, advertising them in 8-by-10-inch laminated sheets that explained the berry’s health benefits. Soon customers at the Willy Street Co-op and others started asking for a steady supply.

Today, they also distribute their berries through Co-Op Partners Warehouse in St. Paul, Minnesota, which sells to retail co-ops, natural food stores and restaurants in the Upper Midwest. They also contracted with a cranberry juice processing company to make their aronia juice concentrate.

They sell 1-pound packages of the frozen berries at their farm and by email ([email protected]).Not only do they sell the frozen berries and juice concentrates through retail outlets, but they also sell fresh berries and propagation plants from their farm and by email. One of their first big customers was Sawmill Hollow Family Farm in Missouri Valley, Iowa, which was the first commercial aronia berry farm in the United States.

The farm, run by Andrew Pittz and his parents, Vaughn and Cindy Pittz, had provided Dale and Bill with their first 2,000 aronia plants. Bill still laughs about the day they drove to Iowa to pick up those plants.

“Dale and I and his wife drove in a rented van stuffed with plants,” he said. “I had only a small window to see through to drive home.”

In fact, Sawmill Hollow got the two started in the nursery business by buying the first plants they propagated. Here’s how Bill tells it: “Vaughn said, ‘Would you sell me 20,000 plants?’ I said, ‘Sure.’ Then when I got off the phone, I yelled to Dale that we’ve got to build a bigger greenhouse.”

Both Dale and Bill and their friends at Sawmill Hollow believe in promoting aronia berries to other growers.

“The whole idea is that to be successful with aronia we all need to work together and introduce aronia to America by selling plants to people and helping other people grow aronia,” Bill said. “It’s a win, win, win—a win for us, a win for the growers and a win for the customers.”

The two are quick to credit family and friends for their success. “We’re lucky enough to have the blessings and the help from the farm,” Bill said. “We’d have to have a pretty tight business plan to be able to just buy land and equipment, put in berries and wait years for them to produce. But with a good business plan and some help, it can work.” 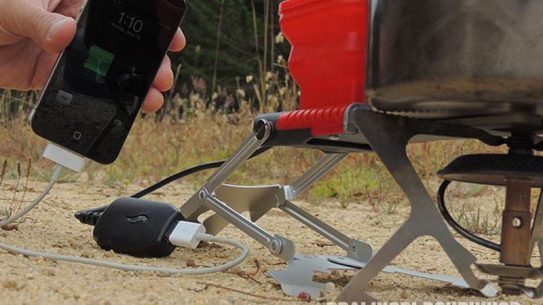