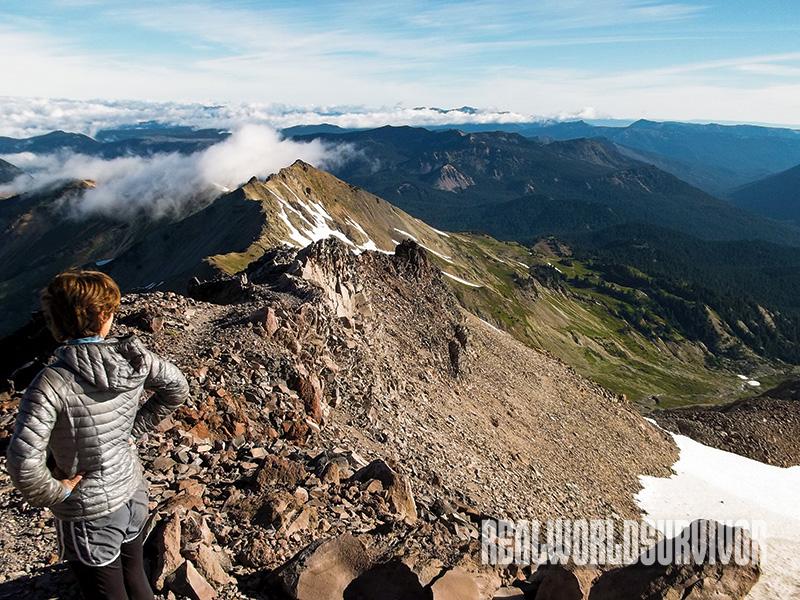 1 of 6
Altitude
The PCT often climbs above the tree line and the clouds, such as this stretch of trail in the Goat Rocks Wilderness. 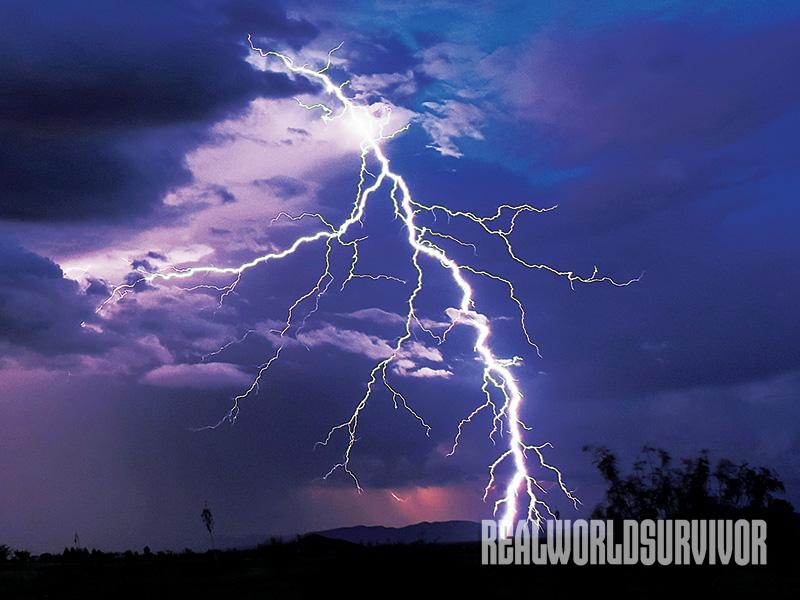 2 of 6
Photo by BigStock.com
Lightning Storms
Pacific Crest Trail hikers face many dangers from the environment, including lightning storms. When you set out on the trail, you are putting yourself at the mercy of Mother Nature. Preparation is crucial, but equally important is using your eyes and ears to observe how conditions on the trail are changing from minute to minute around you. 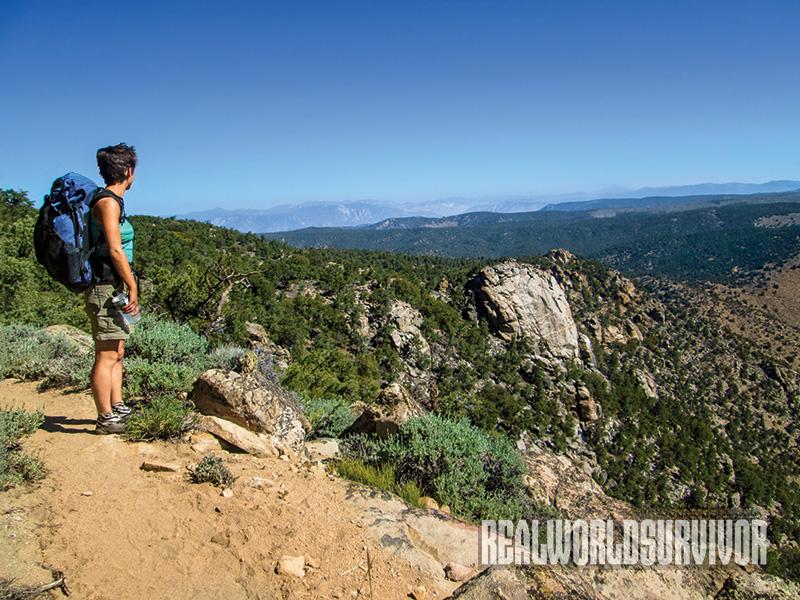 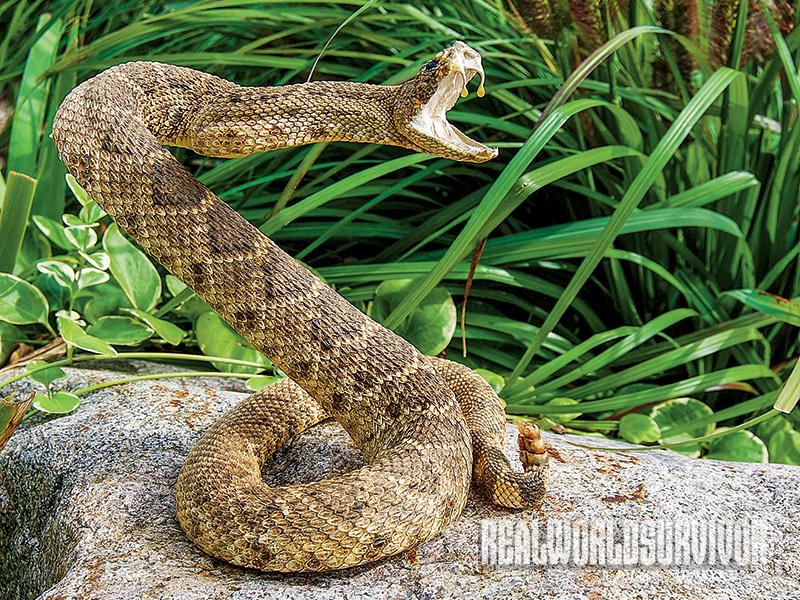 4 of 6
Rattlesnakes
Pacific Crest Trail hikers face many dangers from the environment, including venomous rattlesnakes. When you set out on the trail, you are putting yourself at the mercy of Mother Nature. Preparation is crucial, but equally important is using your eyes and ears to observe how conditions on the trail are changing from minute to minute around you. 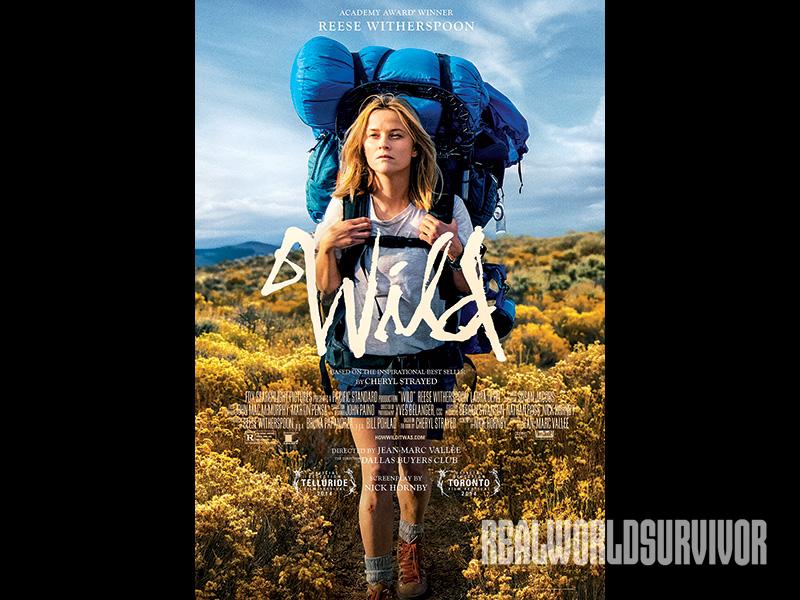 5 of 6
Wild
In the movie Wild, Reese Witherspoon reenacts Cheryl Strayed’s 1,200-mile journey along the Pacific Crest Trail to heal after her mother’s early death from cancer. Through her experiences, she learns to trust in her ability to overcome difficult, even deadly, situations. 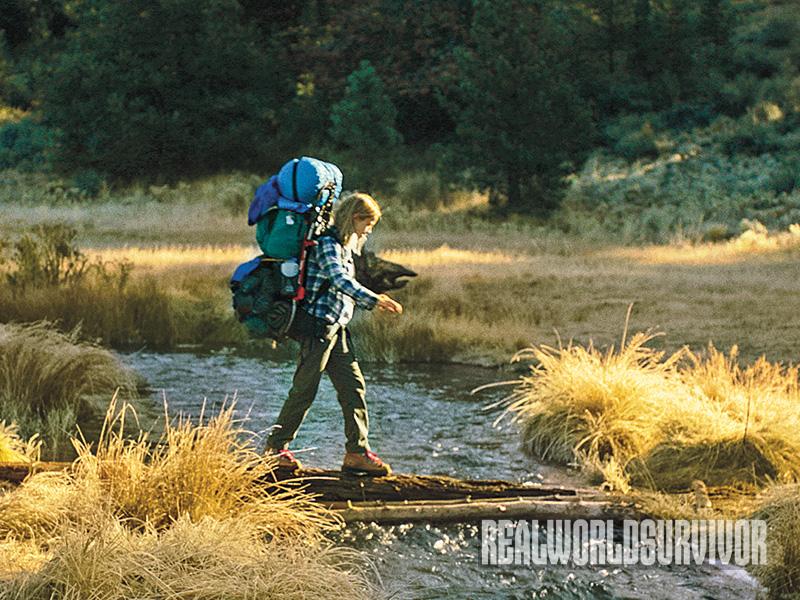 6 of 6
Hazardous River Crossings
Pacific Crest Trail hikers face many dangers from the environment, including hazardous river crossings. When you set out on the trail, you are putting yourself at the mercy of Mother Nature. Preparation is crucial, but equally important is using your eyes and ears to observe how conditions on the trail are changing from minute to minute around you. 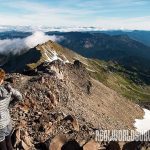 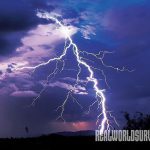 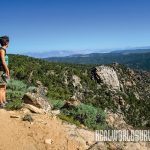 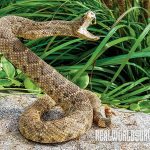 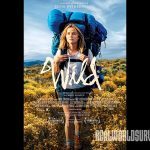 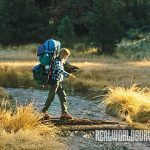 Near the beginning of the movie Wild, we watch author Cheryl Strayed attempt to put her backpack on after loading it for the first time. It’s a cringe-worthy moment for experienced hikers and novices alike as Strayed is literally floored by the weight, unable to even stand up without extensive maneuvering.

After finishing the Pacific Crest Trail in September of 2014, hiking from the Mexican border to the Canadian border of the United States with my husband, Adam, I can sympathize with Strayed’s predicament in that hotel room nearly two decades earlier. Even weekend backpacking trips can go horribly wrong, and there are few backpackers who really know what to expect from a five-month hike that traverses arid deserts and skirts the tallest peaks of the High Sierras before dropping you into the rainforests of the Northwest. What today’s backpackers have is the benefit of learning from the mistakes of the hikers, like Strayed, that came before them.

One of the biggest differences with the average Pacific Crest Trail hiker today is the size of their backpack. I’d guess that, without food or water, Strayed’s pack weighed in at an excess of 50 pounds. The average pack today weighs in at about 12 pounds, a dramatic decrease that allows present-day hikers to wear running shoes instead of traditional hiking boots. These two changes are at the heart of a style of hiking called “lightweight” that has allowed hikers to double and even triple Strayed’s pace on the Pacific Crest Trail.

Gear changes can make you lighter and faster, but they don’t change the facts about the trail—it’s 2,600 miles covering some of the most remote and varied terrain in the United States.

Strayed starts hiking on the Pacific Crest Trail at Highway 58, near Tehachapi, California. That 136-mile stretch between Highway 58 and the Kennedy Meadows General Store is one of the driest stretches on the entire trail, and one of the most remote in any part of Southern California. Wild shows Strayed (quite accurately) walking under the heat of the midday sun past desiccated Joshua trees and sage bushes with the horizon stretched out in front of her. In addition to the exhaustion she’s experiencing because of the weight of her pack, she’s also clearly overheating from the midday sun, and losing a lot of precious water as a result.

When we hiked the Pacific Crest Trail in 2014, there were two stretches without water that lasted for more than 30 miles. Only the strongest hikers were able to cover that entire section in one day; we opted to carry what we would need for the next day and a half, and then did our best to conserve water.

One key strategy for conserving water in the desert is to avoid hiking during the hottest parts of the day, typically between noon and 4:00 p.m. Spend those hours instead taking a nap someplace cool—under a tree, in the shade of a rock or even jerry-rig the rainfly of your tent to make some shade. This way you’ll have more energy for hiking during the early morning hours and into the late evening. The desert is remarkably cooler during these times, meaning that you’ll lose less water to sweat and evaporation.

Another way to conserve water is in your cooking setup. In Wild, Strayed uses an MSR WhisperLite stove, which at that time required white gas. Strayed initially uses the wrong fuel, making it nearly impossible to eat her food and forcing an emergency hitchhike to the nearest town. Today, white gas stoves are primarily used on mountaineering trips where the temperature is expected to stay below 0 degrees. It is uncommon for Pacific Crest Trail hikers to encounter these kinds of conditions, especially in Southern California. For that reason, a more appropriate kind of stove would have been a lightweight canister stove, like the JetBoil, the MSR PocketRocket or a homemade alcohol stove. When choosing what foods to eat on the trail, avoid foods that require a lot of water to cook, like pasta or beans. Instead choose foods that rehydrate quickly and efficiently, like couscous, instant rice or dehydrated potato flakes. That way you’ll save on both water and fuel.

It was closing in on 1 p.m. as Adam and I skirted around ice and rocks edging towards the top of Forester Pass. We’d been in the High Sierras at this point for only three days, and it was a radical change from Southern California. We were already at 10,000 feet, but the peaks surrounding us were all 14,000 or more, leaving us with the feeling that we were in a valley in the clouds.

At the top, we briefly celebrated having made it to the highest point on the Pacific Crest Trail, more than 13,000 feet, but a look down the other side of the pass gave us pause. To our left and right were nearly vertical cliff faces, and any sign of a trail was entirely obscured by snow. We could see footprints where hikers in front of us had previously trekked, but they quickly disappeared into suncups.

A few minutes of looking at our map confirmed what we had to do—walk at a steep downward angle around the curve of the cliff face, where we would then have to descend on a series of tight switchbacks towards a frozen lake some 1,000 feet below. The only problem was that if we started to slip and fall down the slope before we got to the switchbacks, we would end up going right off the cliff and into the lake.

The good news that day was that the same sun that was making the other hikers’ footprints difficult to follow also meant that the snow was soft enough to prevent us from slipping. The bad news was that this meant I postholed every third step I took, my leg sinking into the snow to my knee, or even my thigh. The heat of the exertion kept me warm, but underneath the snow was a large boulder field, and I was worried that a wrong step could result in a twisted ankle, or worse.

While Strayed unfortunately never made it to the Sierras due to snow conditions the year she hiked, the movie shows her running into some fairly serious snowpack in Oregon. We watch her likewise battle with postholing, and then, more frighteningly, start to realize that she’s no longer certain where the trail is. While postholing is a time-consuming inconvenience, losing your way on the trail in bad conditions can turn deadly.

Adam and I had a long afternoon getting down off of Forester Pass that day, and we were wiped by the time we set up camp. But we had paid close attention to our maps, watched for the switchbacks under the snow, took our time and trusted our instincts. No dinner we would have on the trail tasted as good as the one we ate that night.

Midway through Wild, Strayed attempts a difficult river ford. The water is up to her waist, and it’s moving fast. She’s got a single trekking pole for stability, but any advantage this provides is mitigated by the size of her pack, and it’s upsetting her balance. This is a risky ford, and we know Strayed is going to fall sideways into the water before it happens. Unfortunately for Strayed, her sleeping bag is still strapped to the outside of her pack when she takes a plunge, meaning it will inevitably get wet, along with the rest of her exposed gear. If she was far from civilization and facing freezing nighttime temperatures, this could quickly turn into a life or death situation.

Protecting your gear is paramount when fording a river on the Pacific Crest Trail, which range from wide, deep, gentle flowing rivers to icy cold glacial melt that is virtually impossible to see into. Before entering a river, Adam and I would stop and take the time to repack our bags. Instead of carrying a dry bag, which can be heavy, cumbersome and expensive, we each carried a trash compactor bag. Sleeping bags were the most precious and went to the bottom. Next went our cold-weather clothing and electronics. The rest of our gear, including our food, went on top, and we’d tie off the top before setting out.

Of course, river fords are only one way that your gear can wet. In the Pacific Northwest, rain can fall for days without a break, even at the height of summer. There are sections where we were quite literally walking through clouds, limiting visibility and making it difficult to keep dry. To safeguard our gear in these conditions, we opted for a traditional pack cover in addition to our waterproof trash compactor bag and rain gear.

Our feet were a different story. By the time you reach Washington State, you don’t believe there are any hardships left in store for your feet. They’ve been blistered and burned and calloused by the heat of the desert in California. They were bruised by the High Sierras and frozen in the glacial fords of Oregon. They constantly hurt, but you can’t feel a couple of your toes. They’ve also grown a size or two since you first set out, as Strayed discovered during her journey. What else could happen to them?

The near constant dampness of Washington will destroy your callouses and begin the blistering process all over again. This is one of Mother Nature’s many reminders that, even after 2,000 miles of hiking, you are not yet as tough as she is. Today’s hikers may have different gear, but the Pacific Crest Trail is no easier now than it was for Cheryl Strayed when she set out to hike 1,000 miles in 1995. Fortunately, the experience is just as rewarding. 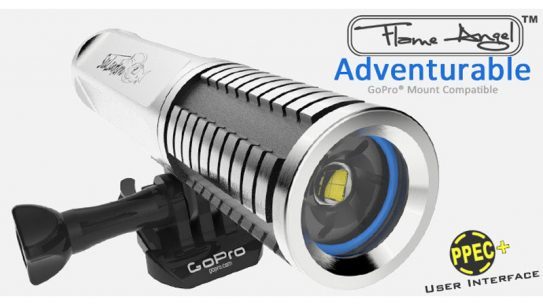