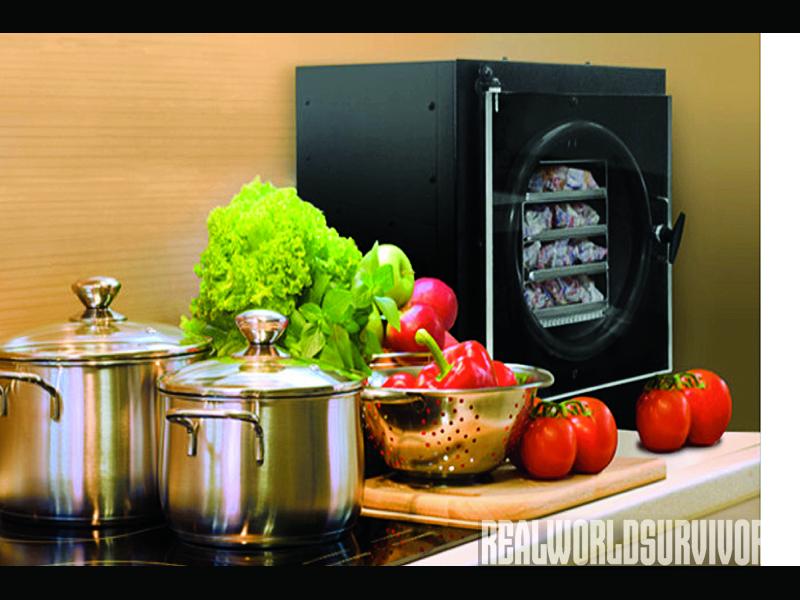 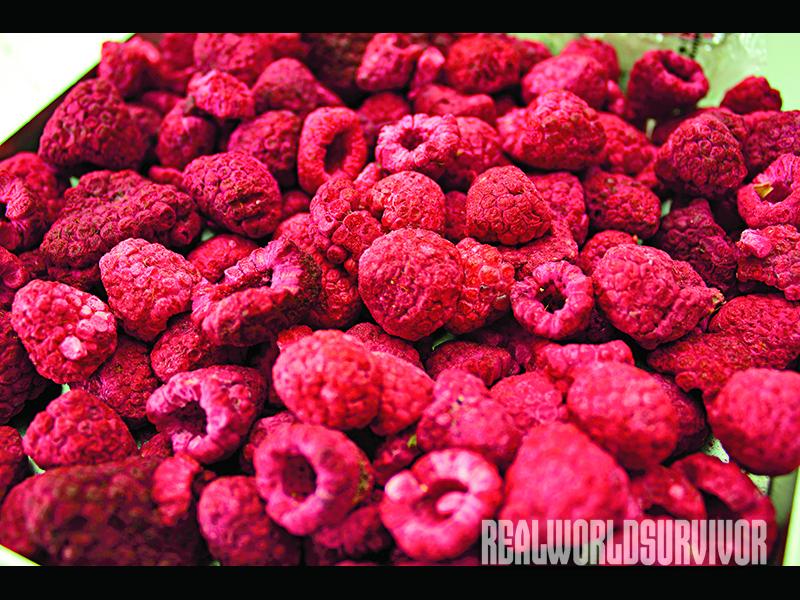 2 of 3
Photo by Harvest Right
Freeze Dried Raspberries
Raspberries are preserved longer thanks to the freeze drying process. 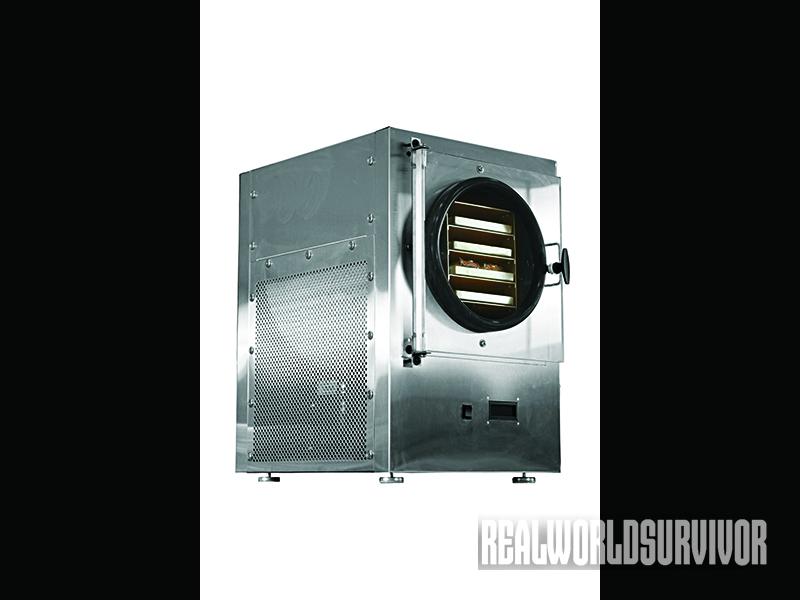 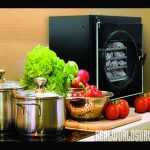 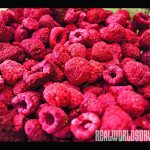 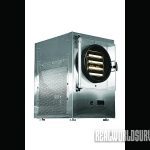 The human body is the most complex contrivance in the known universe. It can explore, discover, manipulate, survive, reason and reproduce in some of the most hostile environments imaginable. It maintains a constant temperature, follows social protocols, devises tools and protects itself from threats irrespective of circumstances. Despite its many-splendored attributes, however, the human animal is still at its essence a machine. For continued operation that machine requires fuel.

We live in a world characterized by an inevitable progression towards a state of greater entropy or disorder. What this means practically is that materials and systems left to their own devices deteriorate, decay and become unusable over time. In few areas is this truism made more clearly manifest than in the realm of food.

With the possible exception of a smile from my wife, little thrills my heart as might a hot pizza or a warm chocolate chip cookie in concert with a proper glass of cold milk. However, leave such stuff unattended on the table for a week and the appeal wanes. The preservation of basic foods is a pursuit as old as humankind. Growing, making or hunting food is of little utility if you lack the means of preservation for those times when it is not plentiful.

Food preservation is a storied art. Salt, chemical preservatives and the mechanical maintenance of low temperatures can all serve to postpone the inevitable decay and degradation that leave otherwise fine foods inedible, but each takes its toll on taste, nutritional value or resources. For truly long-term preservation of food nothing can compare to freeze-drying.

Freeze-drying has been used by indigenous tribes in the Andes Mountains for centuries to preserve potatoes. The process of freeze-drying is also known as lyophilization or cryodessication and takes advantage of a fascinating bit of physics called the “triple point.”

In essence, freeze-drying removes water from food without it ever getting wet. The process works by freezing a material and then reducing the surrounding pressure so that the residual frozen water sublimates directly from a solid to a gas, bypassing the liquid phase. Carbon dioxide does the same thing at standard atmospheric pressure and earns the pedestrian title “dry ice” as a result. This process leaves microscopic voids that allow for rapid rehydration and simultaneously preserves the color, texture and nutritional value of foods. In the past, the equipment required to manage this process was bulky, complex and expensive. Now, thanks to Harvest Right, an innovative American company based in Utah, freeze-drying is finally within reach of the common man.

The freeze-drying process is fully automated in the Harvest Right Freeze Dryer. Prepare the food to be dried and place it on trays for insertion into the machine. Press the power switch and you are done. The machine cools the food to between -40 and -50 degrees Fahrenheit. An industrial-grade vacuum pump then creates a vacuum around the chilled food. The machine gently warms the food in this ultra-cold, low-pressure environment. The frozen water in the food then sublimates off as a gas. The system monitors the amount of water remaining and turns itself off before notifying the user that it is finished. A complete cycle requires between 25 and 35 hours, depending upon the original moisture content, and processes about 2 gallons of food.

The Harvest Right Freeze Dryer is the brainchild of Dan Neville and is the result of a three-year developmental process. Industrial freeze-drying machines cost upwards of $20,000 and require a skilled operator for reliable results. The Harvest Right machine is small enough to fit on a countertop, weighs about 100 pounds and runs off of household current.

Foods of any sort can be mixed for preparation in the same batch. Vegetables, fruit, meat and ice cream can all be prepared simultaneously. The resulting freeze-dried products have a shelf life of between 15 and 25 years. If used two to three times per week, the resulting production is 300 to 400 gallons of prepared food per year.

Military MREs replaced the classic C-rations that sustained American soldiers for decades. Early MREs were long on freeze-dried foods. Meats and fruits so prepared filled my gut on countless occasions when I was otherwise cold, wet and miserable. I recall even today munching on freeze-dried strawberries while trudging through a long road march. Though freeze-dried GI pork patties never did much for me, beef patties could be rehydrated and mixed with other MRE components to make some of the most remarkably delicious improvised pseudo-casseroles.

Basic foods like eggs and cheese are great candidates for freeze-drying, as are prepared foods like casseroles, meatloaf and pasta dishes. The subsequent product will likely outlive you if properly stashed in an airtight container in a cool, dry place. Portions can be easily managed in such a way that minimizes waste. The USDA estimates that a typical American family wastes about 40 percent of the food that is purchased from supermarkets every year. This equates to about $2,000 per year for a family of four, much of which could be reclaimed with an in-home freeze-dryer.

Final preparation could not be easier. Break off the appropriate portion and rehydrate it with tap water before heating it up in the microwave or over the stove. Unlike other preservation methods, freeze-drying preserves the color, texture and nutritional value of foods without the inclusion of harmful preservatives or contaminants. Folks concerned about their family’s exposure to commercial preservatives and toxins can retain control of the process with their own freeze-dryer. Nothing manages homegrown garden produce better.

Commercially prepared freeze-dried foods are readily available but quite expensive and frequently include questionable additives. While the in-home freeze drying machine from Harvest Right is not cheap, it’s use over time, particularly if spread across several families, makes it a sound investment for those wishing to be self-sufficient or simply to retain control of the chemical and nutritional content of their foods.

When faced with job uncertainty in an unstable economy, natural disasters or threats to the civil infrastructure, the capacity to preserve foods that will last a lifetime without refrigeration or chemical additives can be an invaluable asset. The fact that these foods can be readily reconstituted while retaining their original taste, texture and nutritional content is just gravy. For more information, call 801-386-8960 or visit harvestright.com. 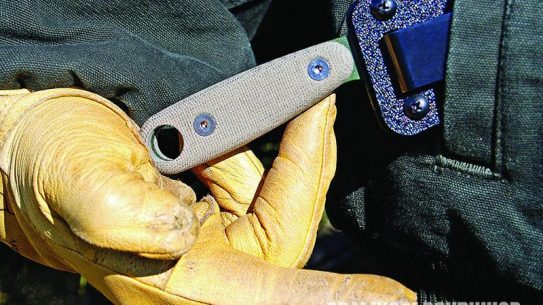