New warnings issued Monday surrounding a bacteria found in the ocean that has already killed several people in Florida, according to ABC Action News.

It is called Vibrio vulnificus, a cousin of the bacterium that causes Cholera and it thrives in warm saltwater. “Since it is naturally found in warm marine waters, people with open wounds can be exposed to Vibrio vulnificus through direct contact with seawater,” the Florida Department of Health said in a statement.

RELATED: 11 Items That Prevent The Spread Of Infection

The Florida Department of Health reports 13 people have contracted the bacteria and 3 have died from the strain. Last year, 41 people were infected and 11 died. Florida isn’t the only state to report Vibrio vulnificus infections. Alabama, Louisiana, Texas and Mississippi have also recorded cases.

The deadly bacteria can also be contracted from consuming raw seafood like oysters.

According to the Centers for Disease Control and Prevention (CDC), V. vulnificus can cause infection either through ingestion or open-wound exposure. In a healthy person, the bacteria causes vomiting, diarrhea and abdominal pain. However in immunocompromised individuals, like those with chronic liver disease or HIV, the bacteria can travel into the bloodstream, causing severe disease with a 50 percent fatality rate. It also causes skin lesions, which is why it is known as a flesh-eating disease. An acute illness, there are no long-term consequences for those who recover from V. vulnificus. According to Health Map, The bacteria, Vibrio vulnificus, live in warm marine water and are naturally present in the coastal waters of the Gulf States. The bacteria do not alter the appearance, taste or odor of the shellfish.

Avoid exposure of open wounds or broken skin to warm salt or brackish water, or to raw shellfish harvested from such waters. 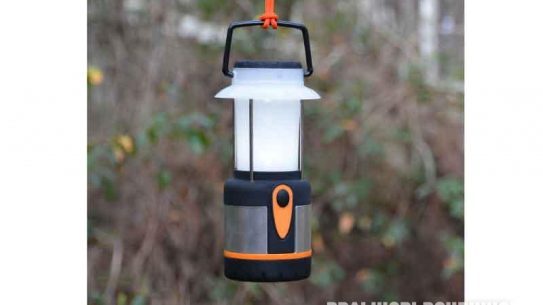 These classic LED Lanterns will definitely light up your nights.