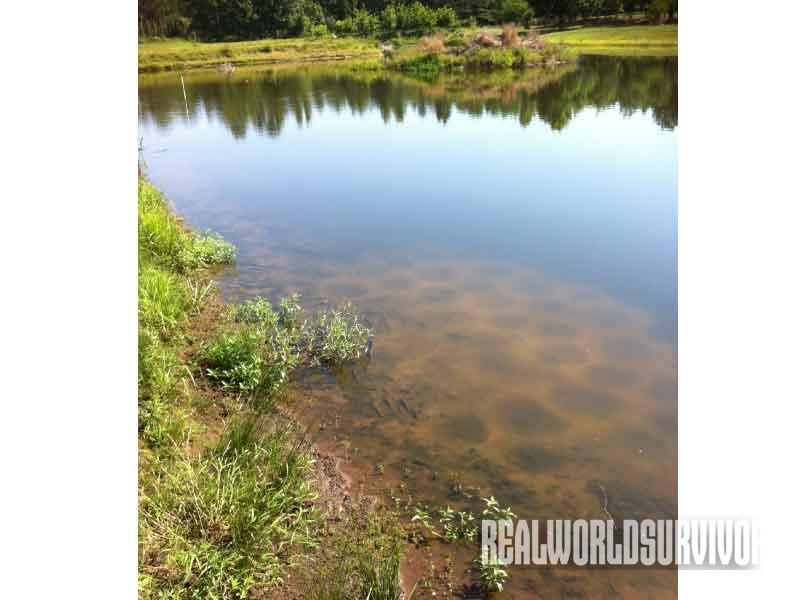 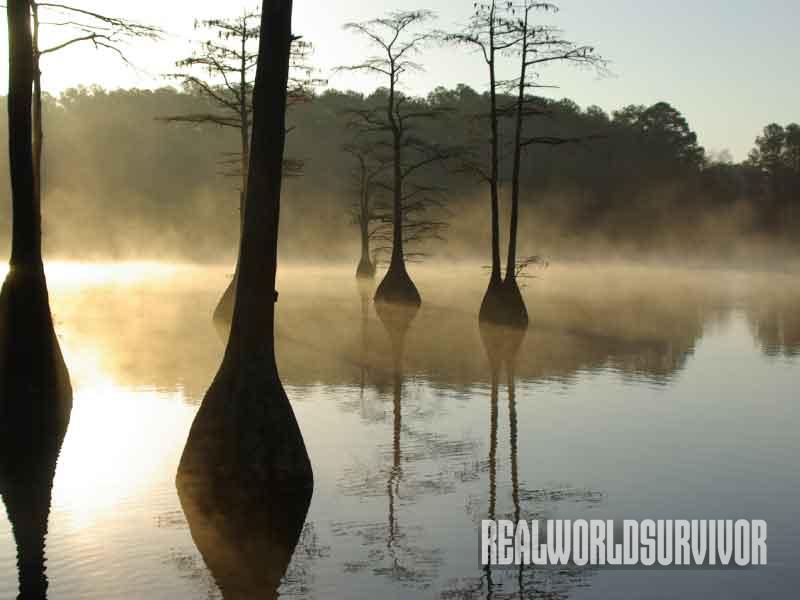 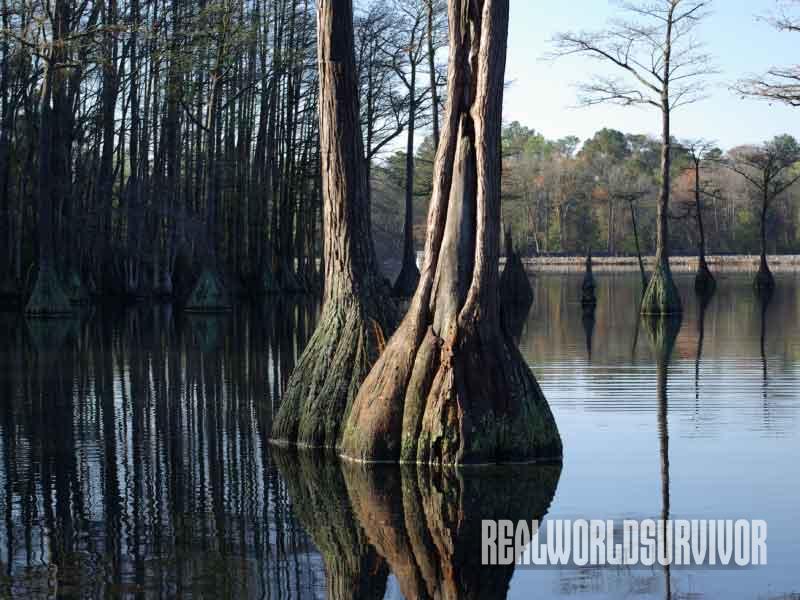 5 of 6
Heavyweight bluegills from the lake 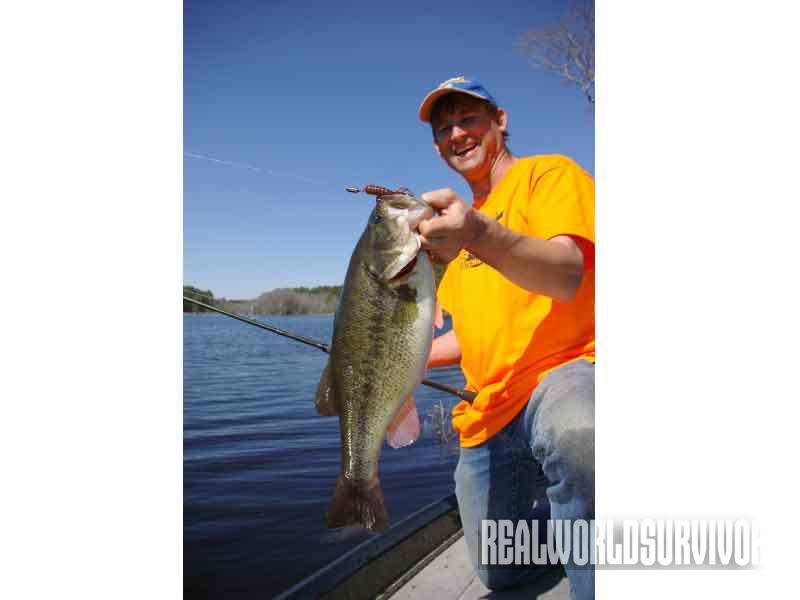 6 of 6
A Richmond Mill bass 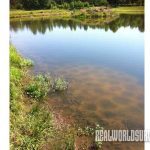 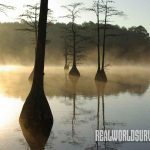 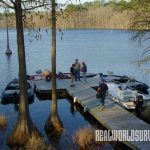 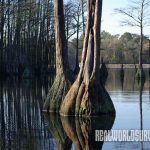 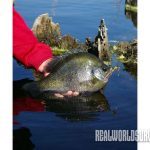 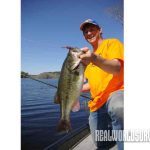 I knew when I saw it that I would love Richmond Mill Lake. Although situated in the Sandhills region of southeastern North Carolina, the 120-acre reservoir near Laurel Hill closely resembles the oxbow lakes I fish in Arkansas. Cypress trees shade tea-colored water. Fishy-looking cover is everywhere. In shoreline shallows, I saw swirls of feeding fish.

I had traveled to the lake with my friend T.J. Stallings, director of marketing for TTI Blakemore Fishing Group in Wetumpka, Alabama. “You’re going to want to catch one of these,” he told me in a Facebook post a few months earlier. Accompanying the post was a photo of T.J. holding a hubcap-sized Richmond Mill bluegill that weighed more than 2 pounds. “There’s more where that one came from,” he said.

T.J. knows I love panfishing. And he knew the moment I saw that boss bluegill all I would think about was catching one myself. Such was the case, and fortunately for me, T.J. had already made plans to take me fishing at Richmond Mill, part of a privately owned outdoor-recreation facility known as the King Fisher Society (kingfishersociety.com). When we arrived at the lodge, we were joined by Chuck Smock, editor of Cabela’s Outfitter Journal, outdoor writers Jeff Samsel and Vic Attardo, and Bob Lusk of Whitesboro, Texas, editor of Pond Boss magazine and biologist in charge of managing Richmond Mill’s incredible fishery.

From Grist To Whopper Mill
Later that day, we toured the lake while Lusk shared Richmond Mill’s history.
“In 1835, the lake was built to harness water to turn a grist mill,” he said. “To this day, 7,000 to 10,000 gallons of water per minute cascade over the spillway. The water is acidic, with a pH between 4.9 and 5.3, meaning it’s not really good for raising fish. For the first 165 years of the lake’s life, the tannic water produced a few largemouth bass, redbreast sunfish and chain pickerel, but was never a good fishery. Essentially, the water is too sterile, so it doesn’t produce many fish.

“That changed with a series of decisions starting in 2000,” Lusk continued. “Dr. Jim Morgan, a fifth-generation member of the Morgan family, which has owned the property since 1872, decided to drain the lake and repair the dam. Work began in 2001 and finished four years later. I met with Jim as repairs were nearing completion, and his challenge to me was, ‘Let’s figure out how to make Richmond Mill the best bass-fishing lake in America.’ That was a bold goal.”

Lusk determined that the lake couldn’t produce an adequate food chain with normal management efforts, so he decided to bypass nature’s offerings and provide a direct food chain via feeding. Biologists had recently learned the merits of stocking young largemouth bass conditioned to eat pelleted fish food, and Lusk knew if good quality food was presented consistently, feed-trained bass would eat it. He chose this approach to managing the Richmond Mill fishery:

•Establish a state-of-the-art feeding system to dispense feed to the fish.
•Stock at least 50 pounds of feed-trained largemouth bass per surface acre to start.
•Stock a forage-fish base (fathead minnows and sunfish) just as you would if the lake were to be managed “naturally.”
•Develop a high-quality feed, designed specifically for this project. (This new feed, AquaMax, is now sold nationwide by Purina.)

“As we fed the fish after the first stocking in 2005, I saw fascinating things happen,” Lusk said. “The bass grew exceptionally well. Those we originally stocked, which averaged 2.2 pounds each, now exceed 7 pounds, with the largest one weighed at 8.2 pounds.

“Bluegills have been most surprising,” he continued. “Our goal was to feed them to become part of the food chain, expecting some to grow large enough to catch and eat. Recently, a guy caught two larger than 3 pounds. Those are quickly becoming a huge reason to visit King Fisher and are garnering national attention, much more than the fantastic bass fishing.”

The next morning, fishing with T.J. and Vic, I saw the fish feeders operate. Fifty are scattered around the lake, each connected to a computer network and set to dispense food pellets morning and afternoon. When the feeder by our boat went off, there was instant pandemonium. Fish food shot in all directions, and the water boiled as scores of bass rushed in.

Vic cast a lure, and wham! Bass on—a high-jumping 6-pounder. T.J. and I quickly hooked up, too—a 4- and a 5-pounder. For the next 30 minutes, we hooked 3- to 6-pound bass on every cast. By another feeder, Jeff, Bob and Chuck enjoyed similar action.

The next morning, T.J. and I headed out hoping to catch one of the lake’s fabled 2-pound-plus bluegills. Casting the same Road Runner spinners T.J. had caught his big bluegill on six months earlier, this didn’t take long to accomplish.

T.J. cast his lure near a mat of floating vegetation and nearly had his fishing combo yanked from his hands. His rod tip bent to the water, making me think he’d hooked a big bass. But when the platter-sized fish started swimming in tight circles, I knew he had a bluegill. Little did I realize, however, this would be the biggest bream I’d seen caught during almost 50 years fishing for the species—a skillet-sized behemoth weighing just over 2 pounds.

During the next few hours, we enjoyed several double hookups on bluegills this size. It wasn’t like shooting fish in a barrel. Catching these giants was challenging. But at day’s end, we had caught and released two dozen bluegills the size of jumbo tortillas, including one weighing 2 pounds even—my biggest bluegill ever. Our buddy Vic caught one on a fly rod that weighed 2.4 pounds!

Angling Utopia
With the help of a seasoned fisheries professional like Bob Lusk, almost anyone can turn a so-so fishing lake or pond into a blue-ribbon angling hotspot. It takes time, money and expertise to make it happen, however.

“When a client hires me, we start by discussing their goals,” Lusk said. “That’s important so I know what that landowner expects. Is the primary goal to have a healthy lake with healthy water? What about fish? Do they want lots of 2- to 5-pound bass with a chance to catch a huge fish? Or would they prefer to have lots of smaller fish for kids and grandkids to catch? I must know what their dreams are to make them real.”

The next step is evaluating the lake and using that evaluation to build a management program. This entails sampling the fish to determine their health and age structure; testing the water chemistry to determine pH, alkalinity and hardness; and evaluating fish habitat to determine what is there and what is needed to support the types of fish the owner wants to propagate.

“The owners can do some of these things,” Lusk said. “For example, as they catch fish, they can weigh and measure key species such as bass, bluegills and catfish. Are they fat? Skinny? Healthy? Keeping long-term records provides data for making solid management decisions.

“Other aspects, like testing water chemistry, require professional assistance,” he continued. “You’ll have to send a sample to a qualified lab, then use the information obtained to determine if the water needs amending with lime or some other mineral. Water chemistry results are the starting point for determining or ruling out potential problems.”

While all this may seem very technical, much can be learned through resources available in books and online. One of the best resources is Lusk’s Pond Boss magazine (pondboss.com). Every issue includes articles written in layman’s terms that can help you understand every aspect of pond management. A sample issue and articles can be downloaded free from the website.

Lusk’s book “Perfect Pond…Want One?” is considered a classic of the genre and is available through the website, too. Other pondboss.com resources include videos, podcasts and an “Ask The Boss” forum.

Top Destination
Richmond Mill Lake provides an incredible example of how an infertile, unproductive lake can be turned into a fishing paradise. There are other waters where you might catch as many trophy largemouths, but few with so many giants in so few acres. When it comes to trophy bluegill fishing, however, I dare say no lake in the world produces more 2-pound-plus specimens. Richmond Mill is best of the best.

The combination of giant bluegills and extraordinary numbers of heavyweight bass makes the lake one of the top destinations in the U.S. for anyone who loves fishing. And the transformation of this once-barren millpond into a blue-ribbon bass and panfish lake is testimony to the possibilities when fisheries biologists and lake owners work together to create a utopia for anglers. 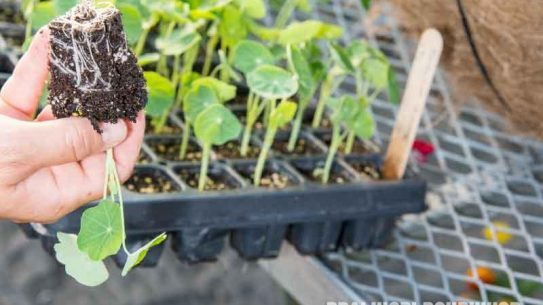 Tips to Supercharge Your Garden

Lessons from Woodland’s Stephanie Tittle that will help you supercharge your garden!